How in the hell would ANYONE know what people in other boats do to their catch?
Reactions: evilkhemist, lougio, Blackfish and 1 other person
Upvote 0

Haha...Never a dull moment on BD!

Browsing at 3:45am is the best, I needed some mental release. I too, could not resist a reply. (Most of the times, I try to) Since he's so concerned about pet food, let me help: please give us your valued opinion on commercial seiners and their take on bycatch and waste? Can of worms officially opened...

Bleeding, gill and gutting is important for higher quality fish. Just because a fish is on the deck for a photo doesn't mean it's always been on the deck or will continue to be.
Toggle signature
Jon being Reel Phat on the Reel Deal
Reactions: kbray001
Upvote 0

well shit.......I thought the ice was for cocktails
Reactions: Cbaldwin, C-4 Fishing, Ahkhuang and 4 others
Upvote 0

Inthwtr said:
I will never get over all these people who go out chasing bluefin (or any fish for that matter) and are lucky enough to hook up and stick a couple, only to take pictures of themselves with their fish, them leave 'em sitting there on the deck rotting in the son, while they "get their drunk on" and high five each other.

Some are so f***ing lazy, they don't even bother bleeding their fish, using a kill bag, ice, anything. I see people go out who are too f***ing lazy (or cheap?) to even BRING ice.

But its ok, because its "not worth the hassle" to deal with all that! they'll have sushi served to them in a sushi bar. They figure they will, "cut it up this shit, throw it in zip-lock bags" and pass it out to their friends and neighbors after it sits in their 50 degree fridge for a few days, if they can handle THAT burden!

But they will be quick to brag about how f***ing cool they are that they found the fish and killed em!

If these people were hunters, they would be leaving rotting deer or elk in their garage while they take drunken selfies of themselves to post all over face book.

Respect your catch people! If your not going to prepare what you are killing for human consumption, them your just "killing fish" and you are no better than an oil spill.
Click to expand...

let me prepare a bottle of warm milk for you so you can go mimis now.
Reactions: Blackfish, M5Boost, Ahkhuang and 1 other person
Upvote 0

Hismosa said:
That time of the month huh?
Click to expand...

maybe he was drunk posting???

Dragon said:
Jesus.....You got a hard on for fisherman who Drink? Your Baboon Ass is hanging out...I don't drink anymore and I'm still Offended...
Click to expand...

We have a troller!
Upvote 0

Getting Ice is hard man!!!!

INNOCENT! We bled all ours on Condor, then into the RSW.

So wide open, had stop 3 times! 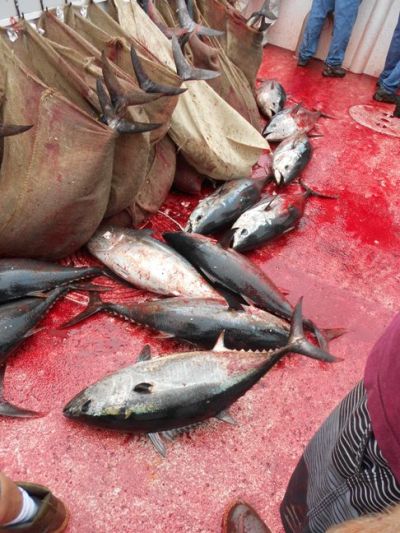 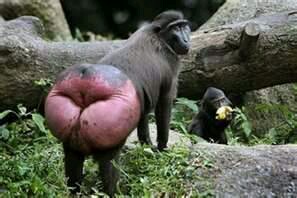 To put a finer point on it, these bluefin seem to run warmer than other fish we get. Tale from this week - 60lb fish, 60 lbs of ice in a slurry. Water 70 or so. We properly process the fish on deck. Fish is in the slurry in a great quality kill bag. Slab the fish out in the slip 3 hours later. All the ice is gone from the bag but the water is cold. The bloodline on the fish is still warm! To this end we are going to put blocks from now on in our kill bag. Fish was still perfect.
Upvote 0

HEY diver Errin....the fish shown are ALL being BLED in bags, then tagged and put into an RSW fish hold. Common on many boats. I prefer this vs. a big fish box blocking access to the front of the bait tank, over flowing with fish. GET IT????

Tunahead said:
HEY diver Errin....the fish shown are ALL being BLED in bags, then tagged and put into an RSW fish hold. Common on many boats. I prefer this vs. a big fish box blocking access to the front of the bait tank, over flowing with fish. GET IT????

We stopped fishing a wide open school 3 times to do so.
Click to expand...

You're such a saint
Reactions: Tunahead
Upvote 0

Errin said:
You're such a saint
Click to expand...

But I been out tuna fishing since 1960 and been on many boats trust me. On a May 3 day, wide open, you keep fishing til the bags split

Then Next a school of Yellowfin. Insane. Later and
next day bigger bluefin. Bagged=bled and RSW.
It's the Bloody Decks tradition.

Look man, some people just like fish with some stank on it!

But not me. Bleed, gut and ice. I always bring 40 pounds of ice, and spend $$ for more on multiday trips to Catalina. Then again, people will actually eat my fish!
Toggle signature
Go ahead, make my day...

You are not nice people....I am going to take my ball and go home....so there,....
Reactions: Dragon, RodRage and Tunahead
Upvote 0

Some people are so f**ing lazy they can't even post on the correct forum. They leave their paragraphs laying all over the place and can't be bothered to post in the Nonsense Anything forum so hey just post it in the Fishing Reports Forum.

ZX6ROCKET said:
Love fishing and don’t eat any seafood, give it all
Away or use it for fertilizer in the backyard. Let that one sink in hahahaha
Click to expand...

If I could catch and release on sport boats, I totally would! Thank God those days are over!

Shit now, I have a hard time saving bait as my wife and mother enjoy to free anything left living in our 68 gallon bait tank after fishing

lougio said:
Some people are so f**ing lazy they can't even post on the correct forum. They leave their paragraphs laying all over the place and can't be bothered to post in the Nonsense Anything forum so hey just post it in the Fishing Reports Forum.

I put it where it belongs, Lou.
Some people ONLY post in the report forum. Wether it's a report or not.
Toggle signature
Reactions: lougio
Upvote 0

...and what's wrong with cats eating bluefin? Bitchass humans think you own the world! 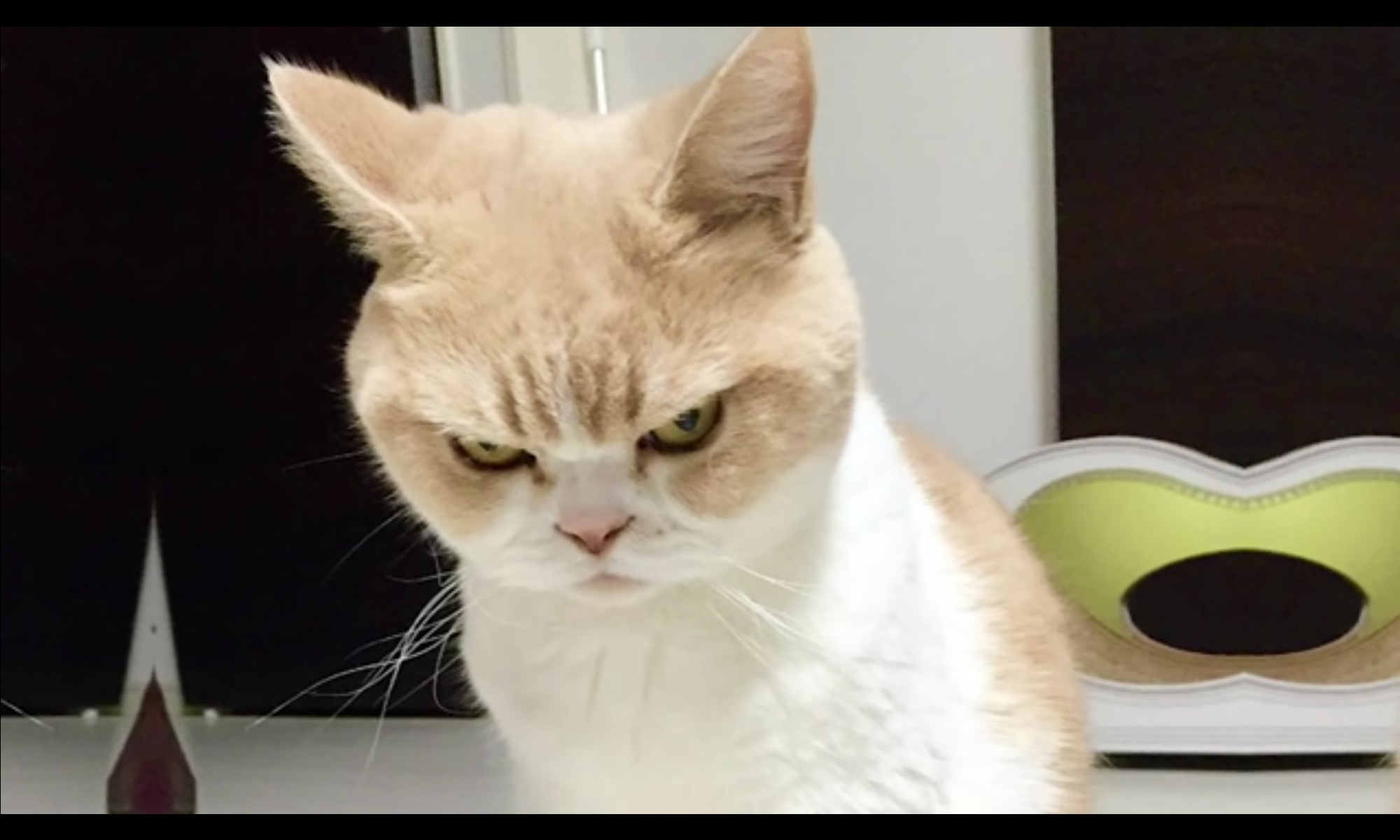 sealskinner said:
Where's the "DON'T HURT THE BIRDS" guy?
It starts out as a PSA. Then it turns into
"Who wants to fight me behind the dumpster?".
Click to expand...

You rang? Yeah...take care of your catch and be cool to birds...out
Reactions: Blackfish and sealskinner
Upvote 0
Show hidden low quality content
You must log in or register to reply here.