Long story short: I took my friend Don Elm fishing at Catalina for yellowtail from 11 to 15 pounds on fin bait, best area was between the 3Vs and Church Rock. Calicos were hammering live squid. Water temp was 65 to 71. See pics below.

Long version: We launched out of Huntington Harbor Wednesday morning and picked up a nice scoop of squid from Nacho. After a smooth ride across, we found terns diving on bait and were able to put around 15 trolling size Spanish and greenback mackerel in the tank.

Trolling macks east of Long Point for a few hours produced nothing except for me hooking a sea lion, so we headed around to the back side to the3Vs. We were the only boat there and the wind started backing off just enough to reveal beautiful conditions.

Starting just west of the Vs, we put out the trollers with the wind and I get ripped. It popped off after a few seconds, but now we know fish are here. A little later, we went over the high spot at the Suicide Kelp and Don gets zinged hard – and this is where things got interesting fast.

The fish dove into the kelp but Don pops it free and goes to work. All of sudden the line goes slack and Don says “It’s off”. Then the biggest shark I have ever seen swims out from under the boat. I say “Dude, you hooked a white shark!” This monster is at least 10 feet long, pointy nose, huge tail/keel and wide girth. As it swims away into the sunshine, I notice that the back is purple-blue, so I change my species identification to a huge Mako!

With the shark gone, Dons’ line starts peeling out again, and after a few minutes he lands a 13 pound yellow. That fish must have been hiding from the Mako under the boat! Out of the jaws and onto the BBQ! That’s a sight I will never forget, and now we are back in the game.

A little later I get slammed and it turns into an 11 pound yellow. Now I am on the board, and feeling good. Just after that in the same spot Don gets zipped and after a long battle, he lands a 15 pound yellow. Nice! Just before dark I get hit again and I know I am into a bigger fish here as it just keeps taking line. One thumb burn later, the fish breaks off and I know I farmed a big one. Unprintable explicatives follow. Oh well, that’s why they call it fishing, not catching. We moor up that night in Avalon.

Thursday morning we are over on the squid grounds early. There are no light boats and a few drifts using live squid produce nothing but fat calicos, all released. We are out of fin bait, so we get into some off color green water and put a few smelt and a lone Spanish in the tank. Trolling the smelt drives the calicos nuts, we can’t keep them in the water long enough for the yellows to get them.

I pin on the last Spanish and after a while I get zipped and land a 13 pound yellow. We now have 2 fish each and decide that’s enough yellowtail. After lunch we headed over to the Isthmus to try for halibut and rockfish, but by the time we got there, the wind picked up to 20 knots so we turned around and went back to Whites where we picked up a mooring, went for a swim, had a few cocktails and had pollo adobado tacos for dinner.

The ride back was pretty smooth. All the fish were weighed back at the dock by the cute DFW intern girl wearing what seemed like yoga pants. No picture of her unfortunately, I didn't think of it until after she was gone (I know - I farmed that one too

Don with the 13 pound yellow that was almost shark bait 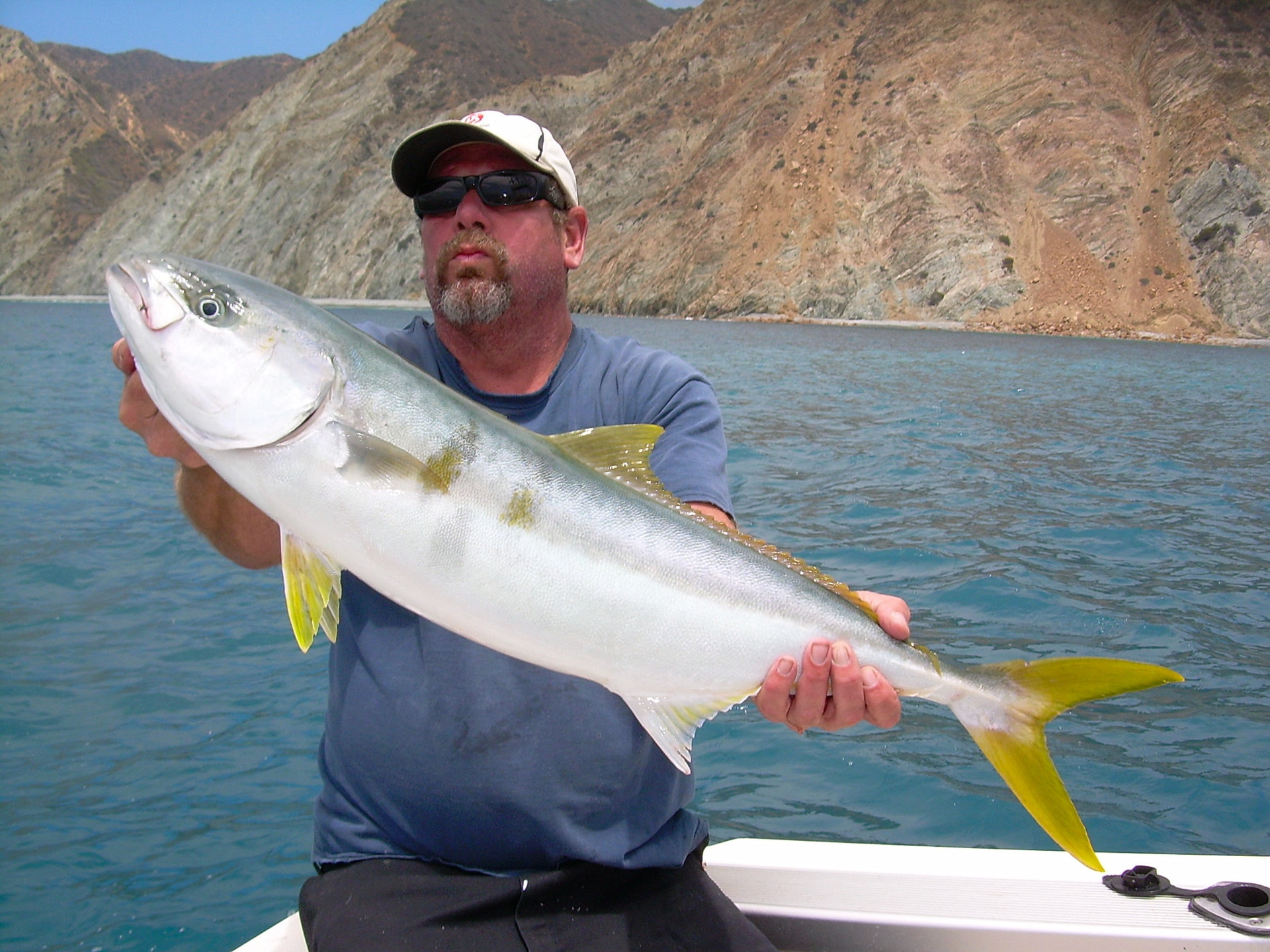 Me with the 11 pound yellow 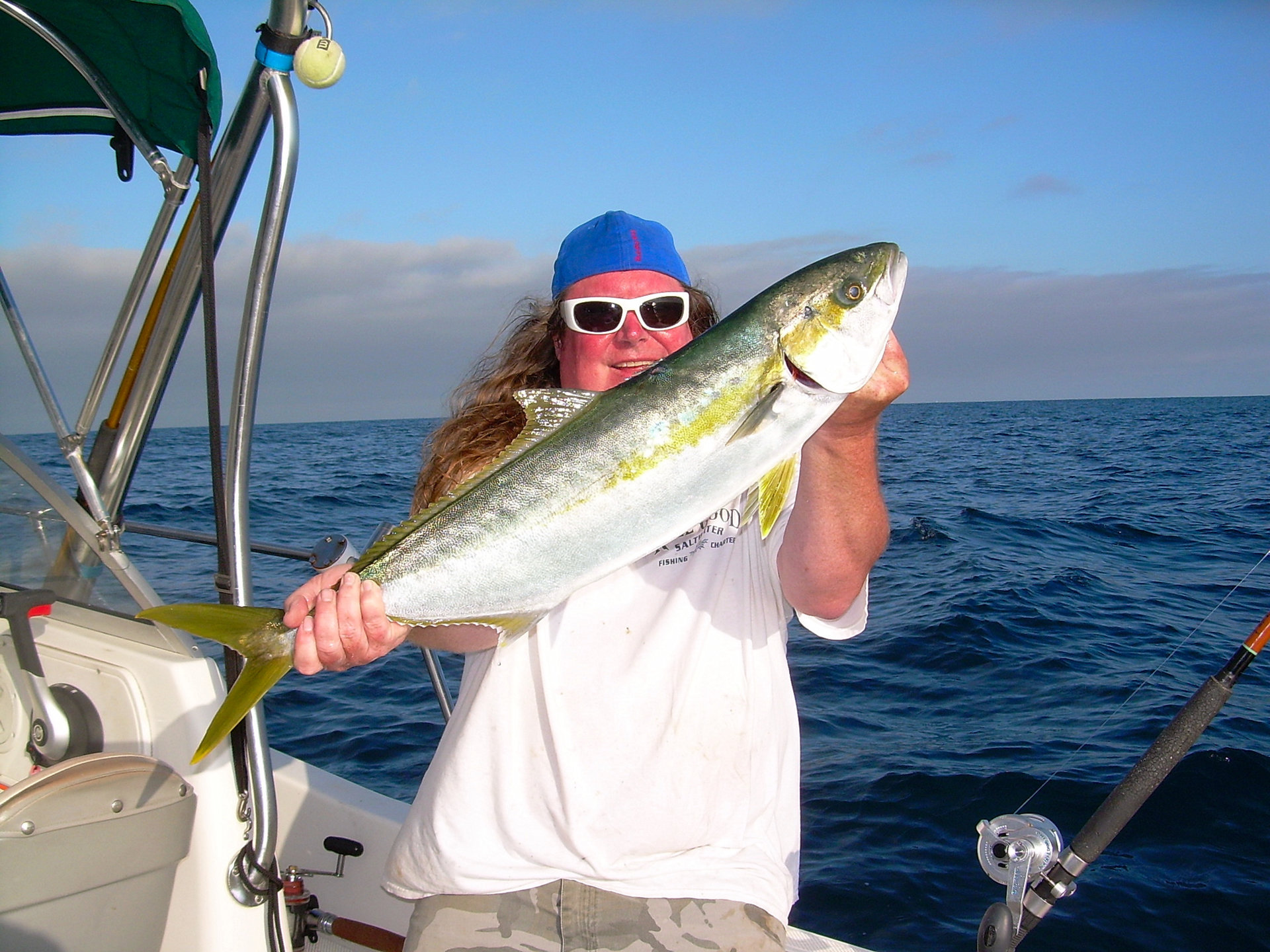 Don with his 15 pound yellow 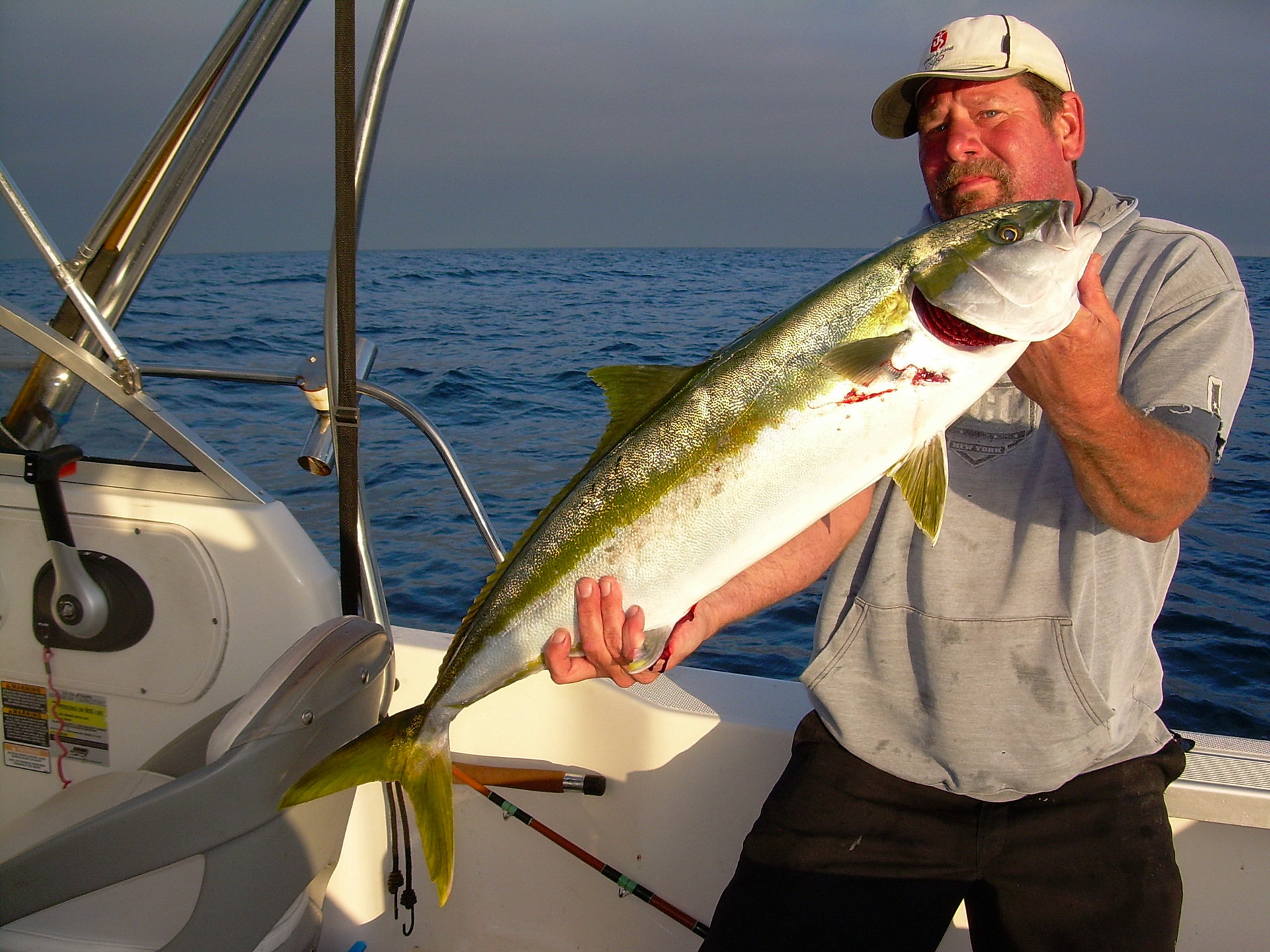 Me with my 13 pound yellow 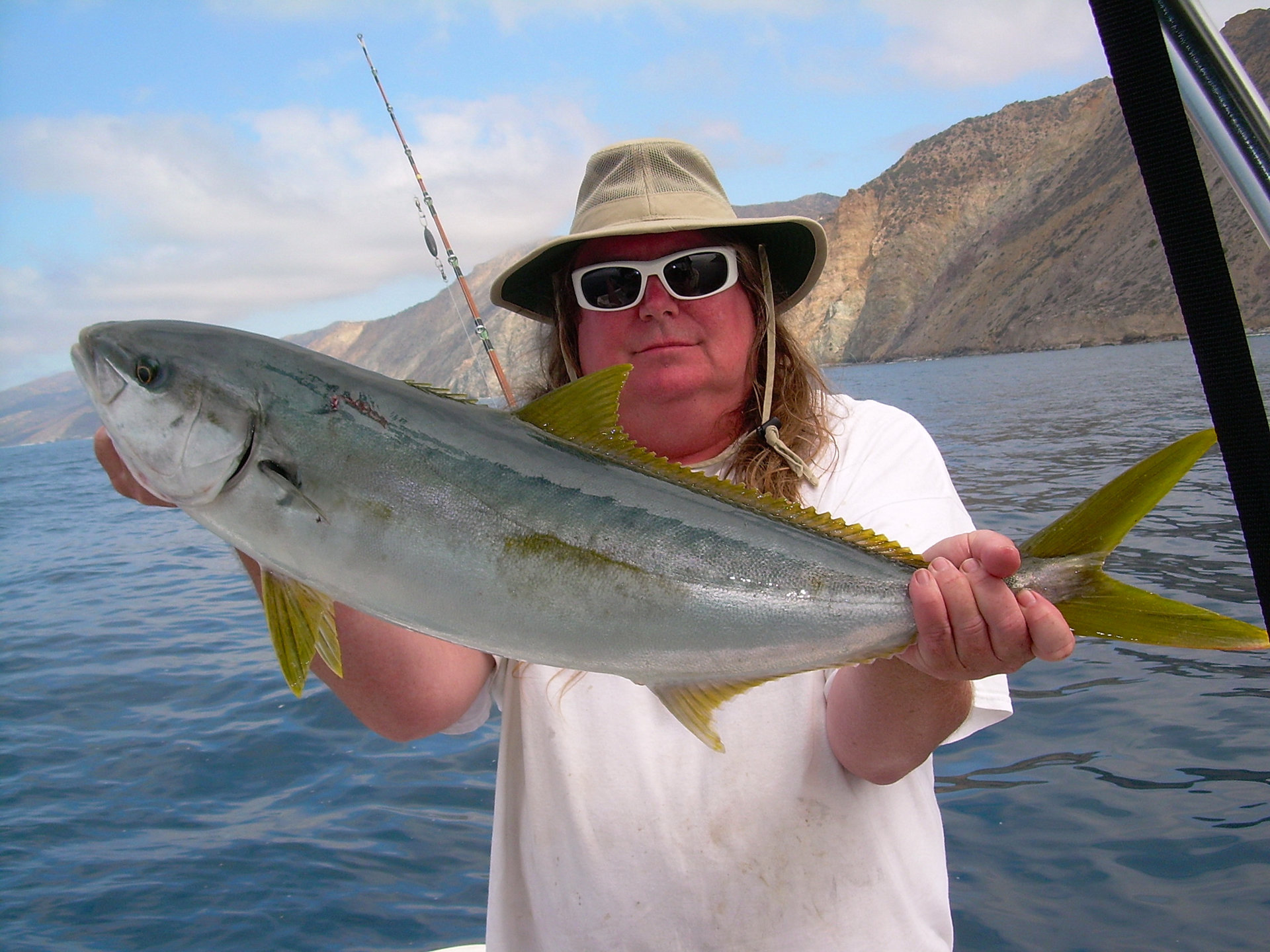 Fantastic report! What depth were you getting bit on the slow troll?
Reactions: mhanson59hb

that mako under the boat sounds crazy
great job on the yellows
Reactions: mhanson59hb

Ryan_J said:
Fantastic report! What depth were you getting bit on the slow troll?
Click to expand...

Thanks! We were getting most of our bites in about 65 to 75 feet of water,
Expand signature
Go ahead, make my day...

A successful trip for sure, right on guys!
Expand signature
Thanks for your report. Hook up! Cory
Reactions: mhanson59hb

great report, thanks for the trip, Mike.
Reactions: mhanson59hb

Congrats, thanks for the report
Reactions: mhanson59hb

In this case, it was a good thing!
Expand signature
Go ahead, make my day...

Boat
Not My Ride