I fished and hooped Catalina for a few days with my friend Don Elm. We launched from Huntington Harbor Monday morning and picked up a half scoop of nice sardines from Nacho. The winds were blowing from the north at about 12 knots and followed us most of the way across. It was a bit of a bumpy ride! Once we got to the island, the wind died and the sun came out. It was like flipping a switch!

We trolled rapalas east from Long Point and scored a few bonito for bait tube stuffers. At Silver Canyon, Don nailed a nice 5-pound snub-nosed sheephead on a sardine. This fish had an old injury on his upper jaw, giving him a severe under bite. We tried some East End rock piles for a couple of salmon grouper that were released on a descending device, and I released a lingcod that looked a bit short. I also kept another female sheepshead that was bleeding out.

We trolled up a few more bones and headed over to our hooping spot. That night was as calm, clear and windless as can be. Perfect. We managed 8 solid legals – including a couple of big ones – and released 3 more that were just barely legal, along with a ton of shorts.

On Tuesday morning we went to the Isthmus to try some of our shallow water rockfish spots. Using frozen squid, I managed a medium sized red and a chuckle head, but we were mostly getting small white fish. Maybe live squid would have made a difference. Anyway, the fish just were not biting well.

Back down by Avalon, we caught some more bones and set up on our lobster spot. Again, the night was perfect. We put 5 good legals in the tank on the first set. While our second set was soaking, I watched the fireworks show at Disneyland. It was that clear! Needing only one more bug for limits, we released 2 that were just legal hoping for something bigger. This paid off with what may be the biggest bug we have ever caught. A true lobstrosity. With limits in hand, we released several more legals, including a big female that was probably the 2nd biggest one we hooped up this trip.

Wednesday morning it was overcast, but very little wind made our crossing back to the barn smooth. Over all, it was a really fun trip, with excellent weather. Water temps were 55.6 in Long Beach, about 57 to 58 mid-channel and for the most part 58 to 62 at the island. We did find 64.3 degree water Tuesday afternoon just east of Gallaghers. Air temps rose to at least 70 each day. I can’t wait for my next trip this spring! 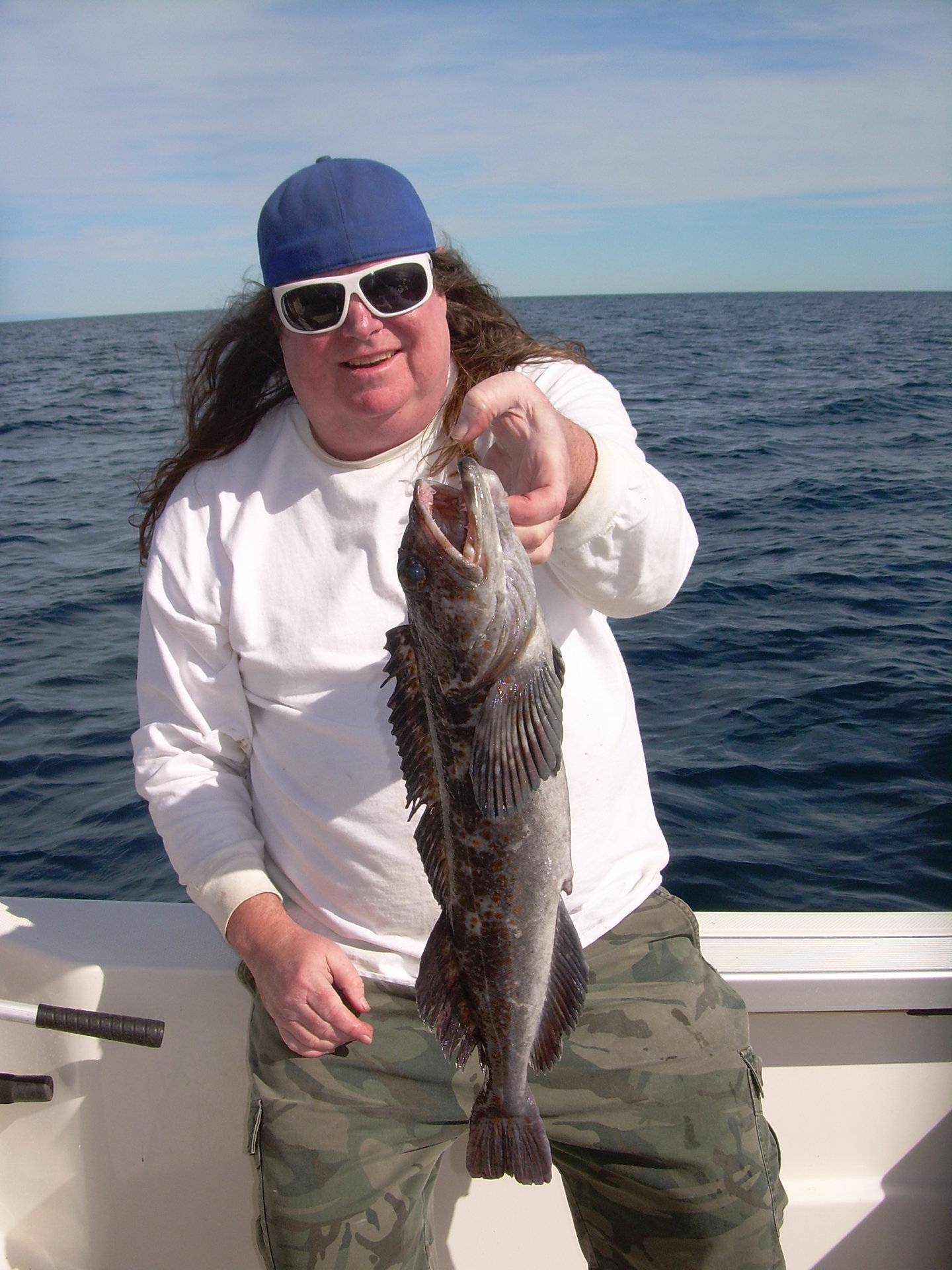 Red destined for the fish box 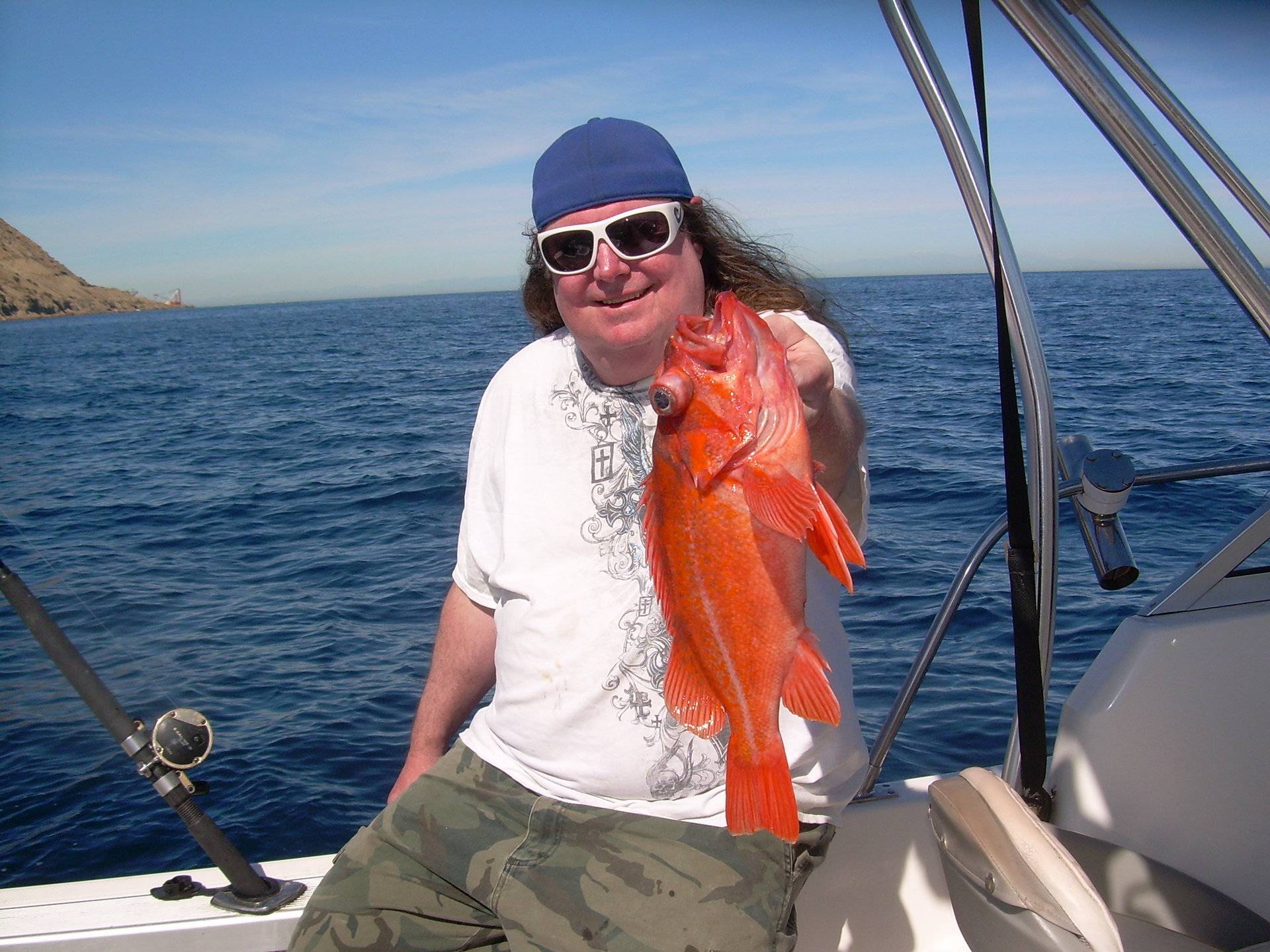 A limit o'bugs crawling the deck. Check the can for a little perspective 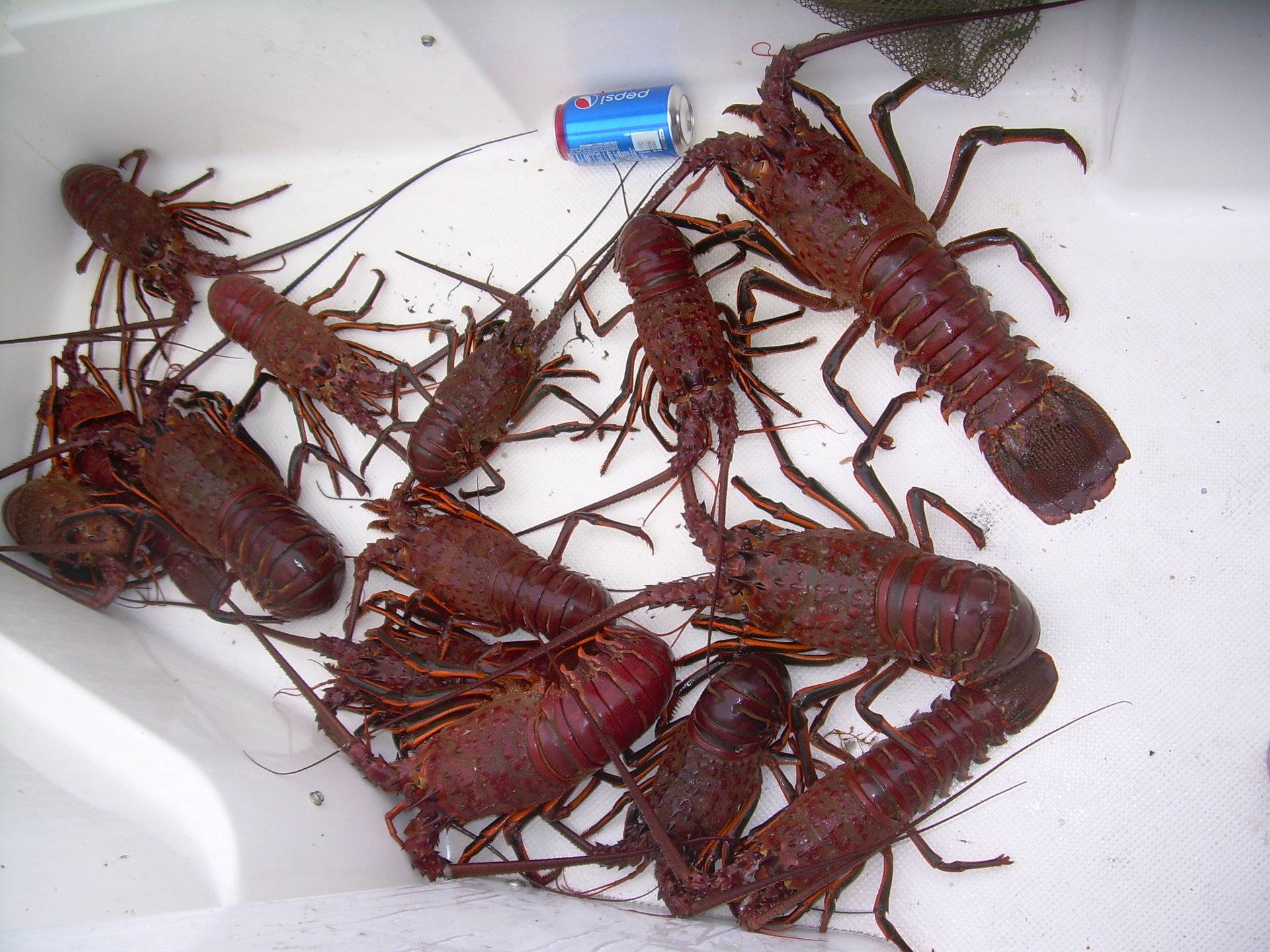 A fish fry in the making 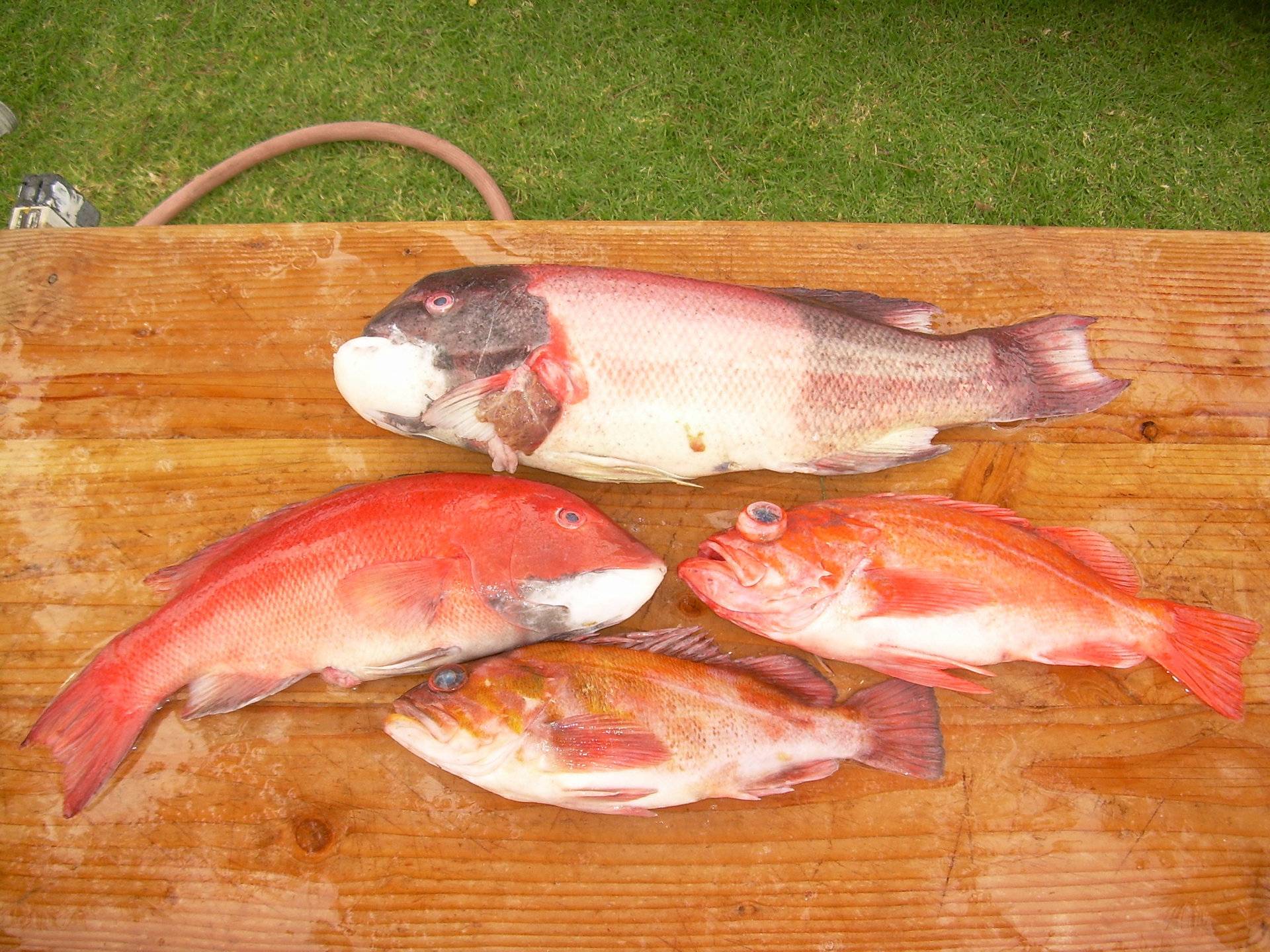 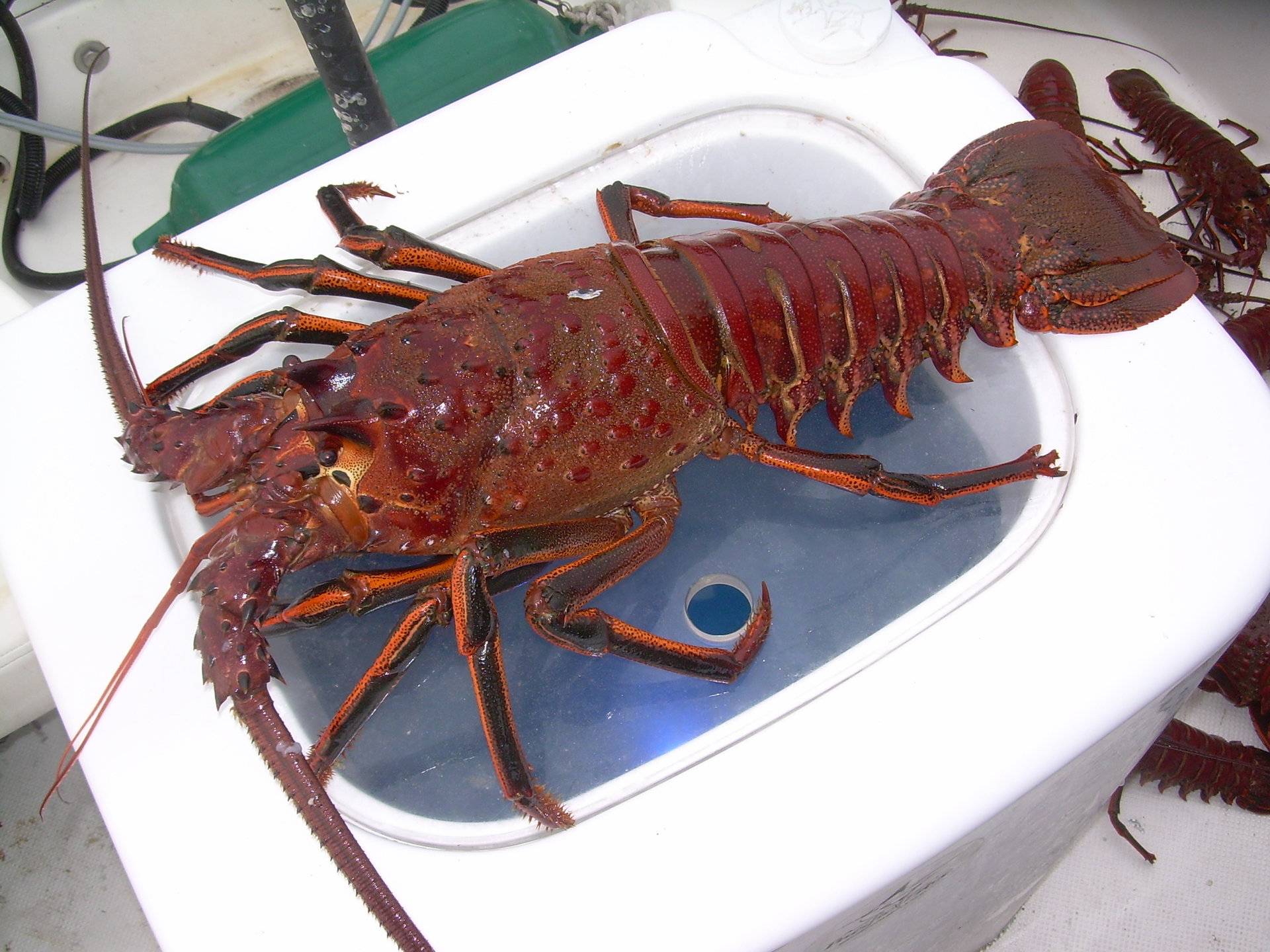 Reactions: Eatmorfish, Fisha, jscott and 23 others

That is a true lobstrosity!

See any signs of squid or have eggs in the hoops?
Reactions: mhanson59hb

Feb/March at Catalina - like a box of chocolates - never know what you're going to get - best time of year to fish/hoop with no one else around.

Looks like a wonderful time.
That’s living it up.
Reactions: mhanson59hb

Fat Daddy said:
See any signs of squid or have eggs in the hoops?
Click to expand...

We had a couple of squid in our hydro-glow for a few seconds one night, that's it. No nests that I could meter, and no squid boats had any for sale.
Expand signature
Go ahead, make my day...

That's great winter fishing. That is a toad lobster. How big are the bonito ?
Thank's for the report Mike, I'm going to try and get my grand daughters on some bonito
Expand signature
The Killer in me is the Killer in you
Reactions: the SLIDER and mhanson59hb

Hardcor said:
That's great winter fishing. That is a toad lobster. How big are the bonito ?
Thank's for the report Mike, I'm going to try and get my grand daughters on some bonito
Click to expand...

Hi Corey, the bones were around 1 to 3 pounds. Not quite the 7-pound models we got in January, but still fun to catch. Perfect size for your grand daughters to have a go at! Good luck!
Expand signature
Go ahead, make my day...

Reactions: Hardcor and the SLIDER

Nice job looks like a fun couple of days!!
Reactions: Hardcor and mhanson59hb

How deep were the bugs?
Reactions: mhanson59hb
P

Monster bug, Mike! Glad you were able to feed us all a fresh report!
Reactions: mhanson59hb

That’s a real nice feast you are about to enjoy

Fruits of your labor

Thanks for sharing
Reactions: mhanson59hb

rhamilton210 said:
How deep were the bugs?
Click to expand...

Mostly between 90 and 100 feet. We didn't try any deeper. Too much strain on the old men