After waiting 3 weeks for a break in the wind and weather, my friend Don Elm and I launched from Huntington Harbor on Wednesday morning. Mario and Mario Jr at the bait barge had a fresh load of live squid, and we tanked a ½ scoop. There was some left-over wind swell that made for a slightly bumpy crossing.

Once at the island, we found my brand-friggin-new bait pump was dead, along with all that nice squid. Bummer. Fortunately, I had a backup unit – and after a little struggle we got the transom mounted replacement hooked up and the fresh-dead bagged and on ice. Yikes!

The Island is green and beautiful after the recent rains and the January weather was as nice as only Southern California can deliver: Bluebird skies and no wind. There are still plenty of bonito at Catalina, and they were all over rapalas and mega-baits – we had enough to stuff the bait tubes in no time.

We set up that night on our lobster hooping honey hole. The crawl was good until the moon came up around 9pm – when it slowed way down. We managed 8 legals and released 61 shorts for the night. Lucky for us most of the legals were big ones - I was just glad we caught any at all.

Thursday morning found us looking for squid nests in the Vs/Palisades area, but we couldn’t locate any. There are tons of bigger sand dabs in 80 to 100 feet of water and we released a bunch while drifting for halibut. Don had a blast owning bonito on the mega-baits, and I even released a small yellowtail that ate a fresh dead squid!

That night was just gorgeous: a million stars out with no wind and we managed to top off our limits of bugs before the moon came up at 9:30. Again, most of the legal lobs were the bigger size.

As we were leaving Friday morning, the wind was already starting to pick back up and it was white capping by 8:15 AM making for a bumpy ride back. It laid down a bit about 3 miles from the coast, but the red flag warning was still up when we got back to the launch ramp.

Anyway – it was another great trip with awesome weather! On to Super Bowl Sunday Lobster Fest.

Buffalo on the beach! 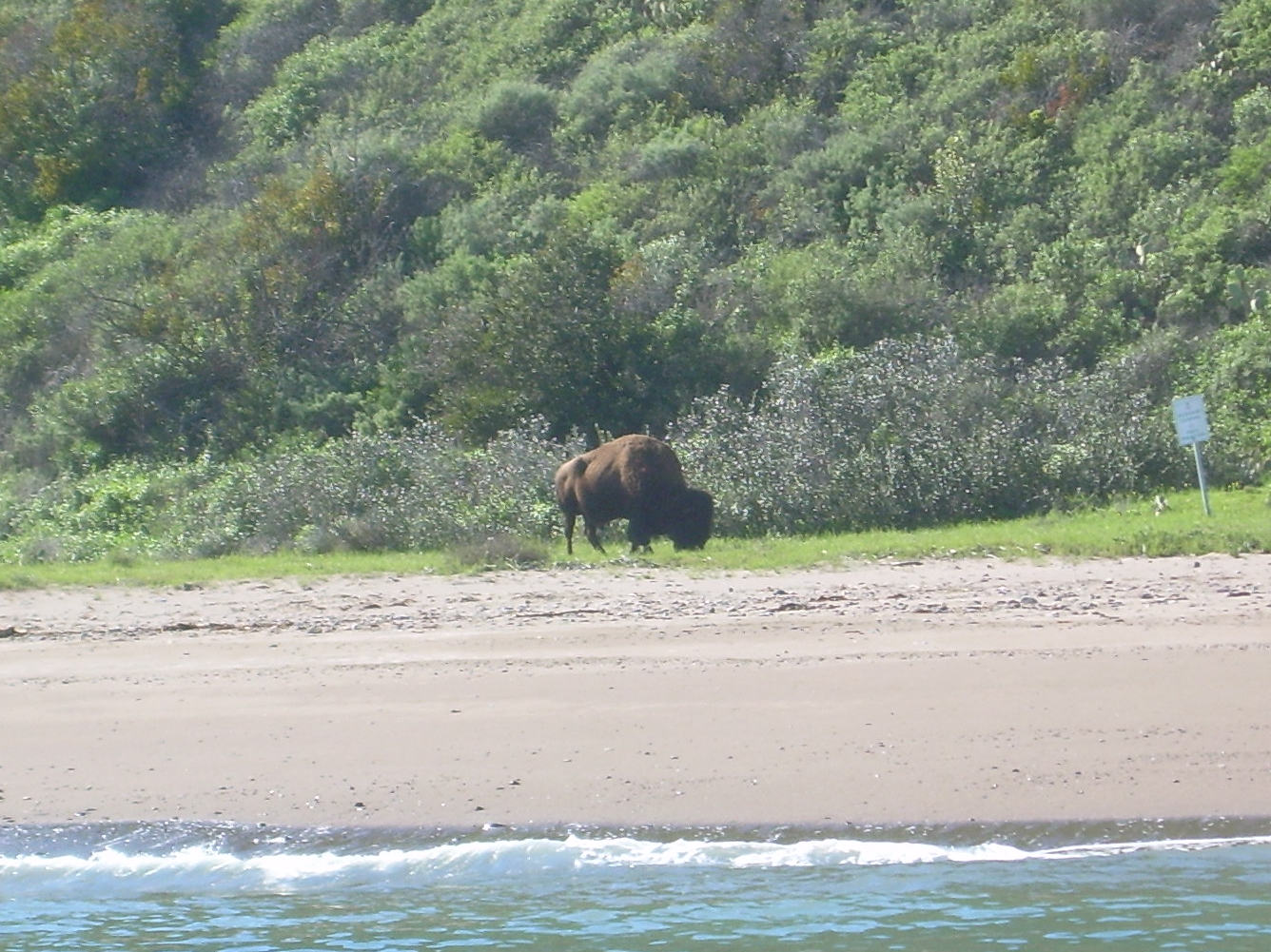 Typical bug. It's the best pic because you can't see Dons face! 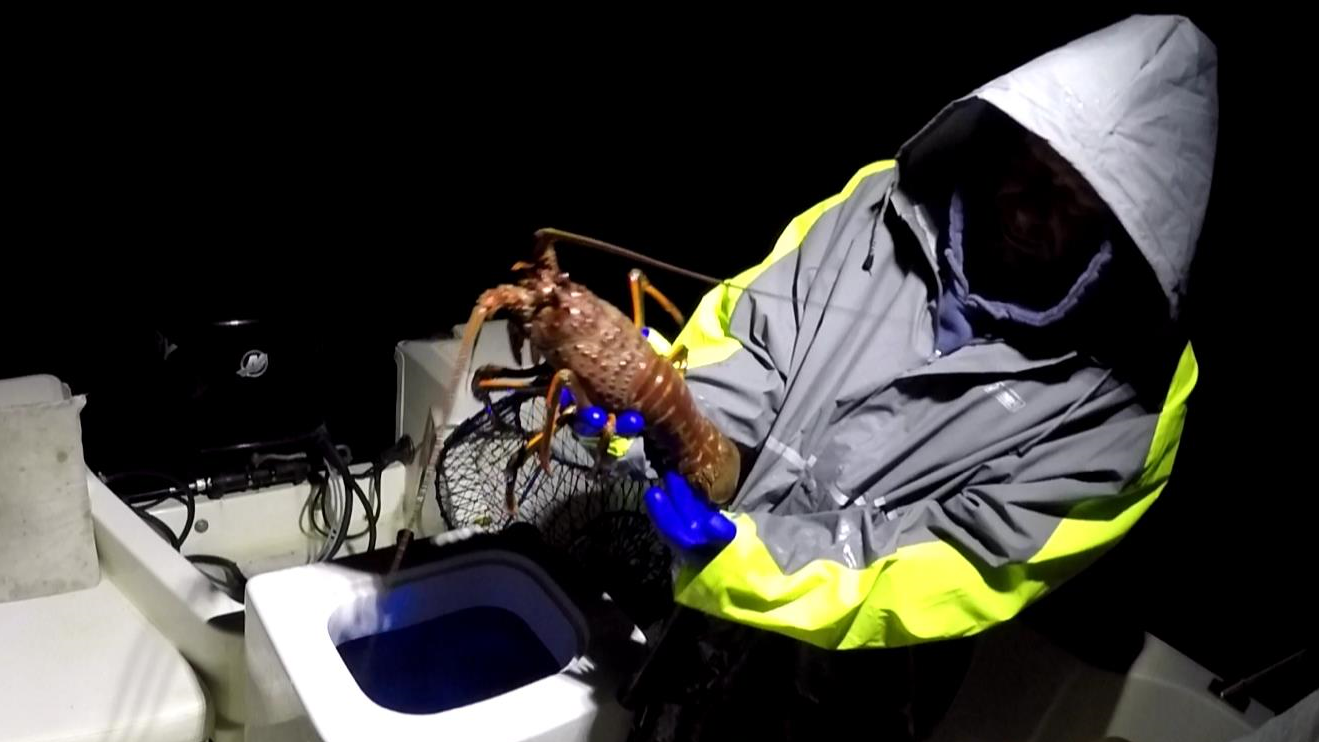 Mini yellow learning to fly on a beautiful day! 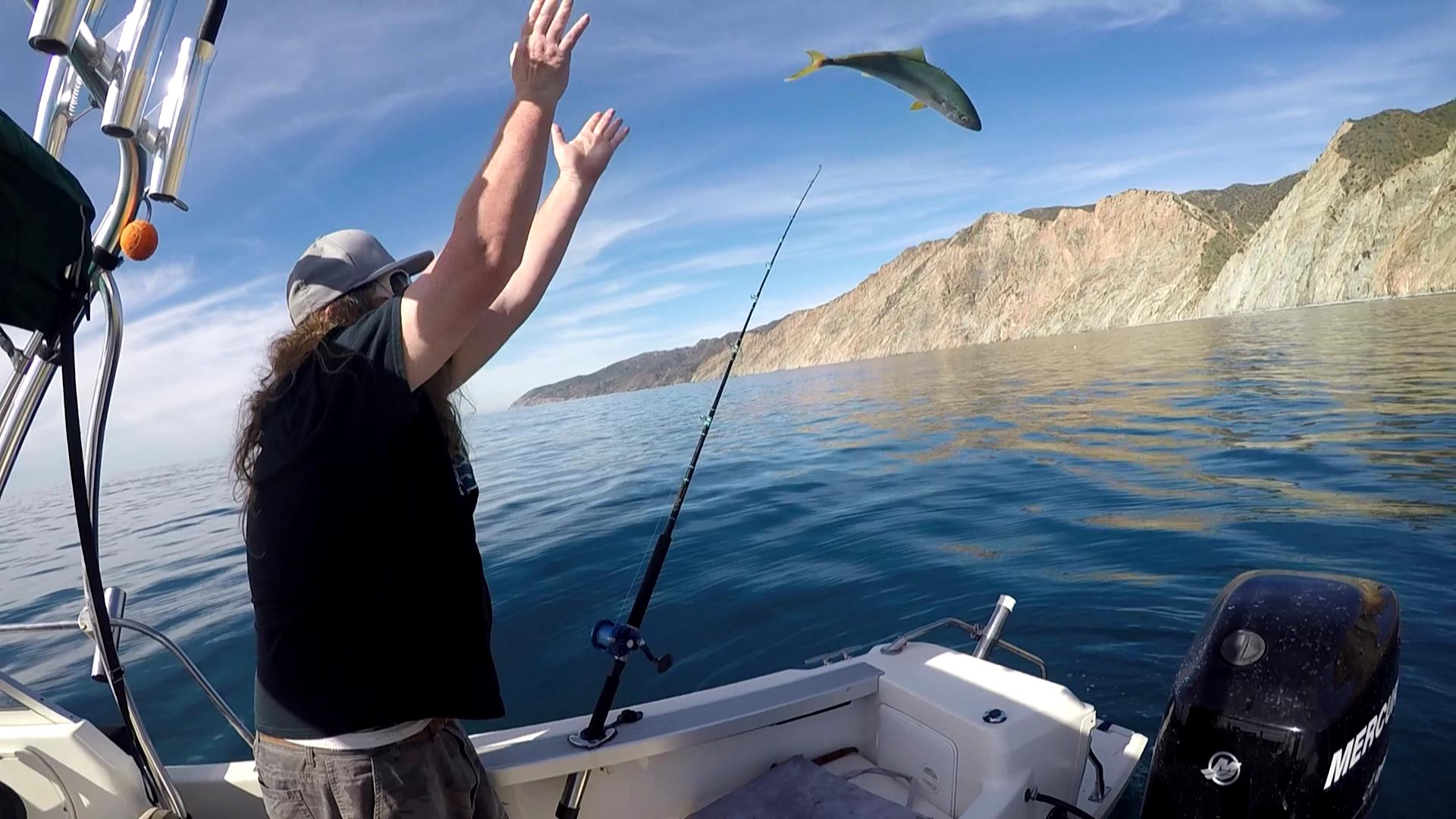 cant beat limits on the lobsters... and the SoCal winter fishing..
I wish I could do a 2.1/2 day cat run but the wife and the job keep me away .. for now.
Reactions: DrBob89 and mhanson59hb
Upvote 0 Downvote

You went on my birthday and didn't even call.
What area was the Buffalo hanging out ?
Good job as always !
Last edited: Jan 26, 2019
Reactions: nweiner and mhanson59hb
Upvote 0 Downvote

Sounds like a well spent couple days at the island! Congrats on the bugs, thanks for sharing!
Reactions: mhanson59hb
Upvote 0 Downvote

Looks like a fun couple of days at the Island with two limits of bugs. And thanks for the great report.
Reactions: mhanson59hb
Upvote 0 Downvote

What’s the limit on Bison? There’s some tasty fillets right there!
Click to expand...

You would need a BIG two speed and some 1000lb braid....what size hook goes in a hay bale?
Reactions: SaltH20Angler and mhanson59hb
Upvote 0 Downvote

You make that island look easy Mike. Nice report
Toggle signature
The Killer in me is the Killer in you
Reactions: SaltH20Angler and mhanson59hb
Upvote 0 Downvote

Spend the night on the boat?
Upvote 0 Downvote

dktool said:
You went on my birthday and didn't even call.
What area was the Buffalo hanging out ?
Good job as always !
Click to expand...

The Buffalo was hanging out on a beach!

It used to be a good halibut spot but is now fished out. Forgive me if I don't divulge the exact location as I am hoping one day the 'butts will return!


duckbutter6a said:
Spend the night on the boat?
Click to expand...

Yes,. Friends sleep on the deck. I sleep in the cabin.

mhanson59hb said:
The Buffalo was hanging out on a beach!

It used to be a good halibut spot but is now fished out. Forgive me if I don't divulge the exact location as I am hoping one day the 'butts will return!
Click to expand...

No worries, did you ask him if he has seen Wilson ? (Catalina trivia question)
Reactions: mhanson59hb
Upvote 0 Downvote

Nice job on recovering from the bait pump fiasco and having a backup. I can imagine you dont have a freezer on board to freeze the dead ones. Did you chum/sabiki the macks with the dead squid and throw them in your working bait tank. I know you and Sean have done well on the YT slow trolling macs at Cat.

And the buffalo.... that is so Rad!! Although I have never seen one at Cat, I always look at the grassy hills hoping to see them. One hanging out on the beach is super cool. Great photo too.

The comments about 1000# test and a hook in a hay bail made me laugh out loud.

Nice work Mike. Gotta check that bait tank a couple times on the way over. I always poke me head in the bilge a couple times too, learned the hard way on both....Great picture of the flyin yeller, and the buffalo.
Reactions: mhanson59hb
Upvote 0 Downvote

I've never seen a Buffalo on the beach, let alone take of pic of one. Nice!!!
Reactions: mhanson59hb
Upvote 0 Downvote
Show hidden low quality content
You must log in or register to reply here.