After being out of the game for almost two months with arthritis issues, I was finally able to put together a trip for my son Sean and I. We launched from Huntington Harbor Monday morning and picked up a scoop of sardines from Nacho.

The ocean was flat calm as we checked out the oil rigs and then pointed it to the Avalon Bank. There was some life in this area with dolphins and a blue whale, which we were lucky enough to see go tail flukes up on a dive! A couple of paddies had no fish, so it was off to the back side east.

Slowing trolling sardines got us on the board with some of the small bones that are everywhere at the Island right now. There were boats on the hook and drifting up the line and the sport fleet was just arriving, so we decided to set up a drift at the Palisades. About 9 AM, a guy in a Parker with about 7 people on board lands a nice yellow so at least we know we are in the right area. I got to say, that boat did the best out of everyone there that morning.

After watching the guys on the Parker and sport boats land a few more yellows, I get absolutely freight trained by the right kind. I love those long, drag burning first runs, and this fish did not disappoint! A few more solid runs, and we got him at deep color circling. He looks huge in the water (to me) and I am starting to sweat it out as I am on my 25# outfit, so I back off the drag just a tad. Good thing I did because he made one more power dive to the bottom. Short pumping got him back into range quickly and Sean made the gaff shot count. Finally! He scaled out at 18 pounds but fought way above his weight class! Two years of yellow fever frustration ends.

A few more yellows were caught after that (not by us), but the snap seemed over like flipping a switch. Off. We stayed back there until 7 PM for only more bones, then called it a night with a mooring in Avalon.

Tuesday morning found with only a few baits left, so we jigged up a bunch of smelt at Salta Verde. Back at the Palisades it was a dead zone. We did not catch a single fish. Nobody else we saw did either. The sport fleet showed up again and left quickly for greener pastures. What a difference a day makes. We felt extremely lucky to have gotten our fish yesterday. With nothing else going on, we pinned some bonito on bait o’matics and trolled offshore for a couple of hours. Zippo.

Back in Avalon for lunch, we went for a cooling swim. The beaches all have tables set up for outside dining, and they were packed with tourists. The harbor was practically full. Good to see Avalon back in business, they sorely need it. Slow trolling big smelt and mackerel between Frog rock and the K20 kelp that afternoon was a bust.

Wednesday morning, we headed up to the Isthmus to try for rock fish. We found a dinghy adrift outside of Bird rock with a frayed rope attached. Probably broke off while someone asleep at the wheel was dragging it behind their boat. We towed it in and passed it off to the harbor master - hopefully someone will get their dinghy back.

Our shallow water rock fish spot produced two reds and two tree fish for the deep fryer to top off the trip. The trip back to the barn was a bit rough with a big west swell and cross swell, but we made good time. Overall, it was a fun trip. We got our yellow, the boat ran great, the weather was nice and we made it back in one piece! Water temps at the island were 67 to 70.

Have fun and stay safe out there! 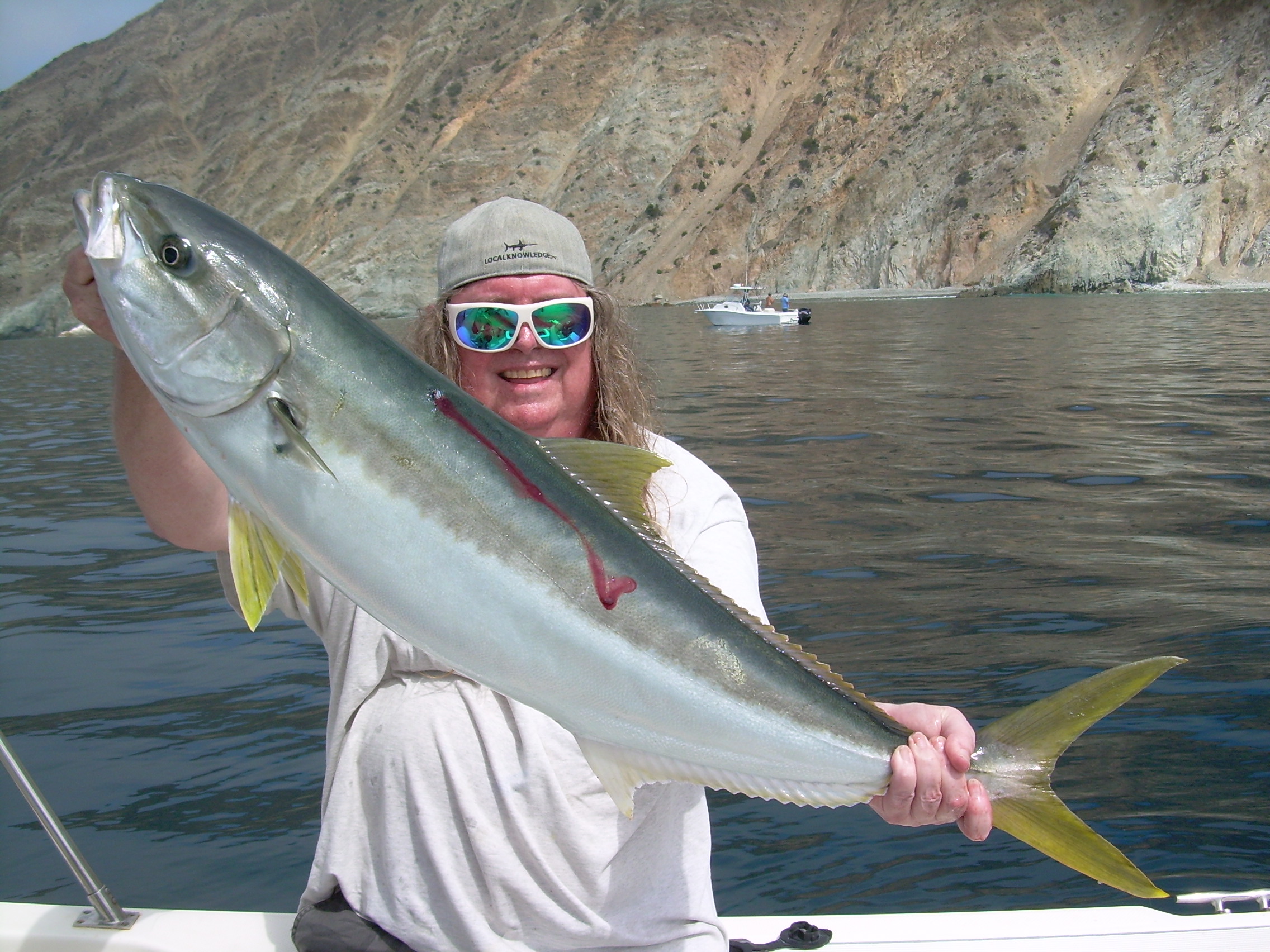 Hope someone gets this back! 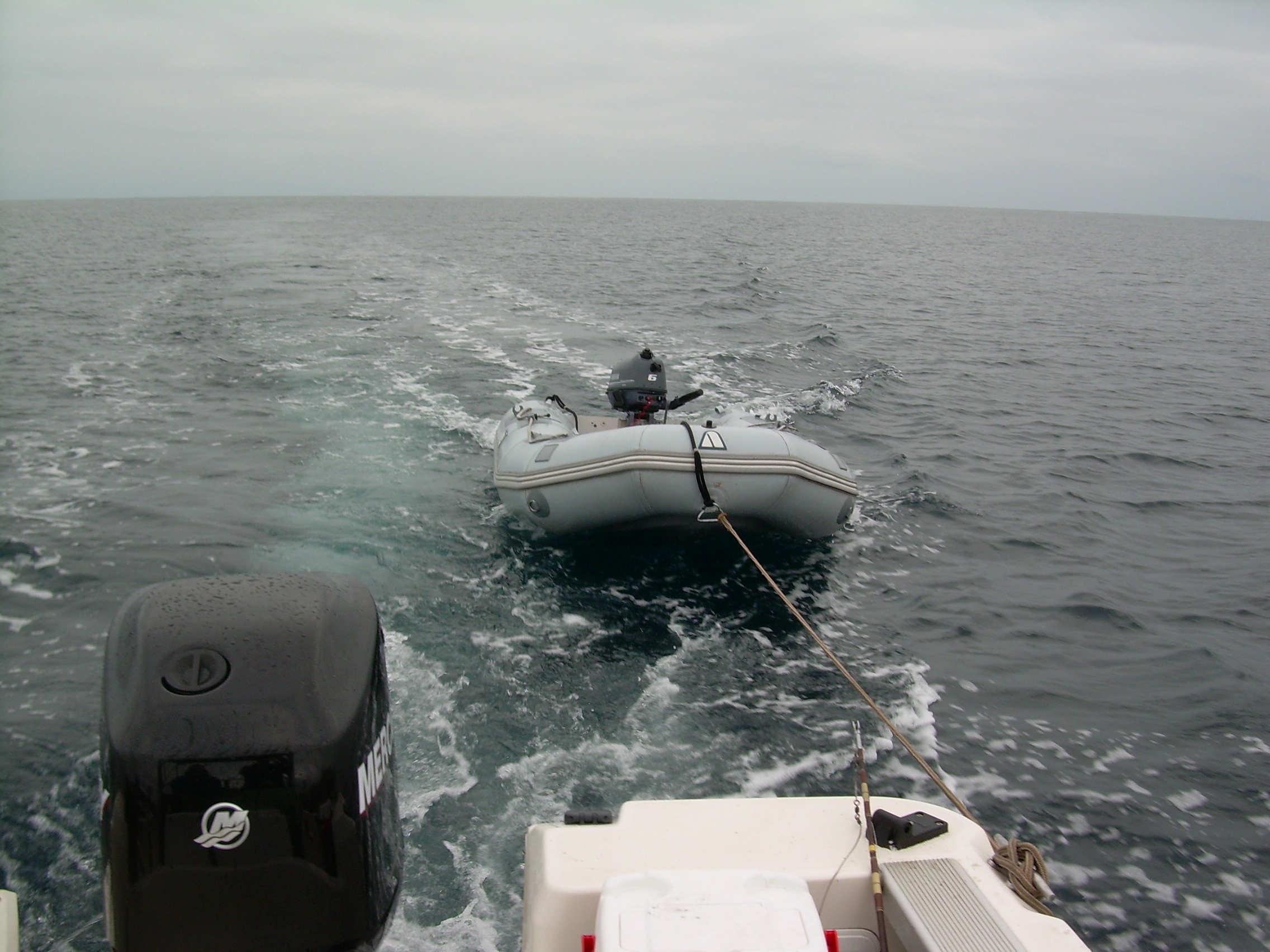 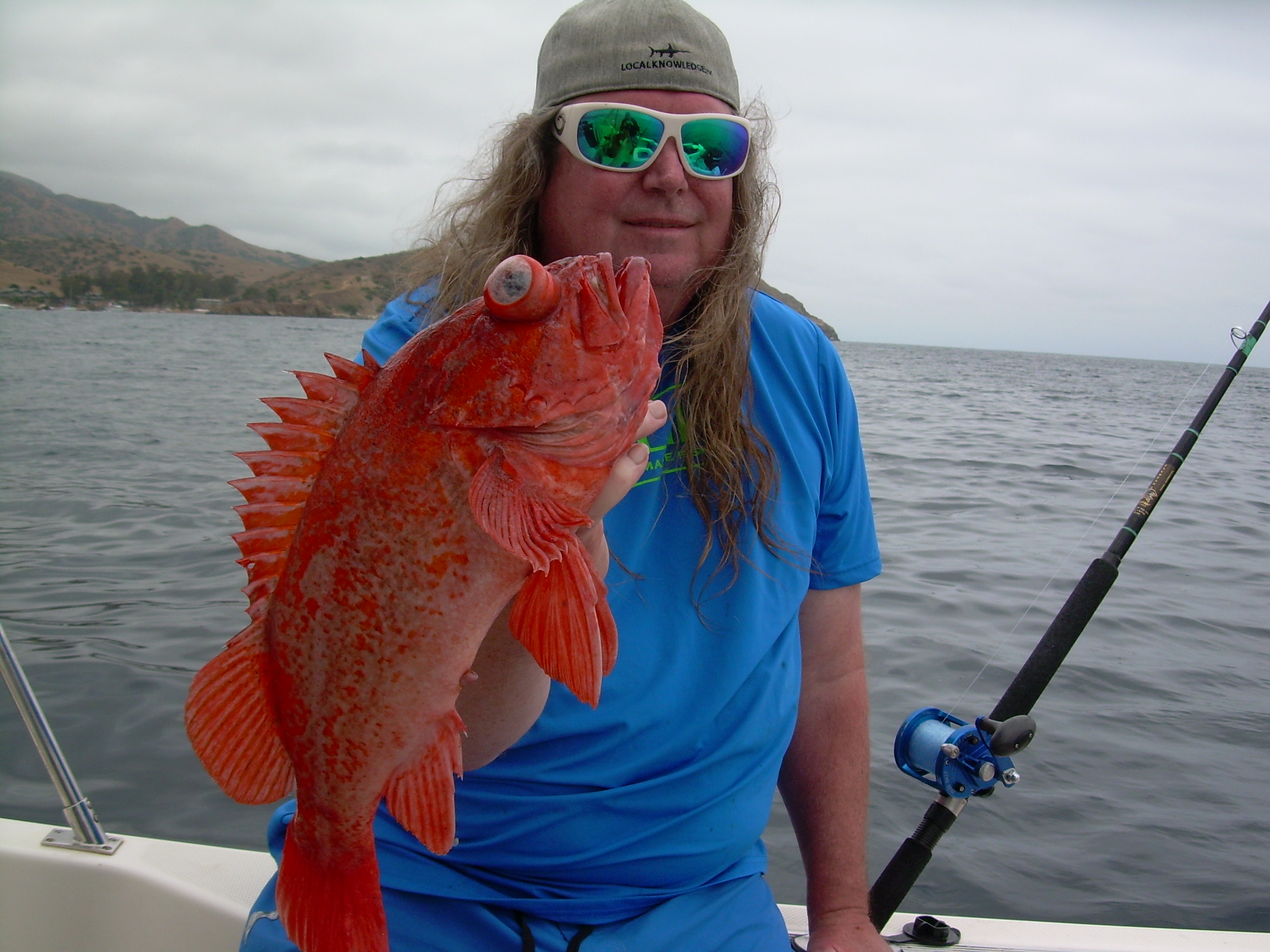 Thanks for the update! Congrats on the catches!

Glad to read a report from you.
They are always a cool adventure.
Hope the Arthritis calmed down.Nice YT.
Reactions: mhanson59hb
Upvote 0 Downvote

Nice job looks like a good time thanks for the report, glad to see you back in action!
Reactions: Hardcor, the SLIDER and mhanson59hb
Upvote 0 Downvote

longboard85 said:
Nice job looks like a good time thanks for the report, glad to see you back in action!
Click to expand...

Thanks Cody, good to be back on the water again!
Toggle signature
Go ahead, make my day...

Nice report Mike, glad to see you back at it.
Toggle signature
The Killer in me is the Killer in you
Reactions: Richard chapman, Microbait, longboard85 and 2 others
Upvote 0 Downvote

Congrats on the YT and thanks for the report. Im headed out tomorrow morning until Monday. Hope to find the right kind!
Reactions: mhanson59hb
Upvote 0 Downvote

Nice trip, that yeller is a brute and you need a new scale !
Reactions: mhanson59hb
Upvote 0 Downvote


mhanson59hb said:
We found a dinghy adrift outside of Bird rock with a frayed rope attached. Probably broke off while someone asleep at the wheel was dragging it behind their boat. We towed it in and passed it off to the harbor master - hopefully someone will get their dinghy back.
Click to expand...

How bizarre. Good job bringing it in.

Nice looking fish there big hoss. Kudos on the dinghy retrieval. Someone will be happy to get their 6horsey Yamy back that's for sure. Still yellow'liss this year for me. Thanks for the report.
Toggle signature
"it's not Heady it's Headly, Headly Lamar!"
Reactions: El Tangledero and mhanson59hb
Upvote 0 Downvote

I tip my hat to you as well, for your fine catch.
Reactions: mhanson59hb
Upvote 0 Downvote

Hardcor said:
Nice report Mike, glad to see you back at it.
Click to expand...

Thanks Corey, it's been a while. Looking forward to your next report!

Cheech said:
Great report and congrats on breaking that long spell. That YT is stouter than 18 lbs amigo. Nice feesh!
Click to expand...

Thanks, investing in a new scale stat.....

El Tangledero said:
Two years since a yellowtail, Mike? I guess I'll believe that, since it's coming from the horses mouth! I think our droughts are similar, although you have owned that island at times.

Solid yellow! Glad to hear you and Sean got some quality time on the water. Hope college is going well for the lad.

Thanks Steve. Well I put my buddy on 2 yellows last October, but for me and Sean it has been two loooooong years! Last year was humbling for me! Sean is working on his BA in civil engineering, has about 18 months left of school.

dktool said:
Nice trip, that yeller is a brute and you need a new scale !
Click to expand...

Thanks DK, we got lucky, new scale on the way!

Thanks LJ, it's much better to under estimate than over estimate on these boards. It can get brutal!
Toggle signature
Go ahead, make my day...

a legit 15-20lb class yellow. freaking rad.
your weekend long reports have been missed. great thing about the ocean, it will be there when you get back. maybe except a new closure or two! hit congrats and wag to throw the kitchen sink at them . and even better to be humble enough to drop down for some rockies to close out the trip. always better to bring a little extra meat home, regardless of the season or species.
Reactions: mhanson59hb
Upvote 0 Downvote
I

those smelt always look great but I can't get them to work for bait.
Reactions: mhanson59hb
Upvote 0 Downvote

I'm a lurker now Mike, I still have my code group here but I don't post anymore.
There are more trolls then fisherman on this site. My code group and I have had a great season so far and we are just getting started. Looking forward to your next thread and I hope it's with your son.
Toggle signature
The Killer in me is the Killer in you
Reactions: Richard chapman, Microbait, Hippie and 4 others
Upvote 0 Downvote
Show hidden low quality content
You must log in or register to reply here.