I took my friend Don Elm to Catalina for a hoop netting expedition starting Thursday. We launched from Huntington Harbor and there was a short delay at the PCH bridge while a warship docked. Nacho had live squid and some cured sardines, so we picked up a half scoop of each and headed across. The channel was a smooth as silk for a change and we made 26 knots most of the way.

Starting at Long Point, we slowed trolled sardines east for 4 large bonito. Strangely, we did not land any on rapalas and only had one hook up that came unbuttoned quickly. With enough to stuff our 5 bait tubes it was time to put some of that squid to use.

Over at my west end shallow water rockfish spot, Don landed a large red, and I got a 5-pound sheephead. A floating flea bag stole two other fish, forcing us off the spot. We hit up a few beaches and I released one just short halibut - but there was not much happening up tight. Moving back to the rockfish spot I landed an even bigger red and a 9-pound sheephead before the dog showed back up and stole two more smaller fish. With enough filets for a nice fish fry, we headed over to our bug spot to get set up. Sorry, no pics of the fish.

A clean dispersal of our 5 hoops had us in the water before dark all alone. A bit later some dude came in and dropped a hoop right next to mine, with 30+ feet of slack rope floating and no light. I motored over and had a polite discussion on his close proximity to me and the danger of his technique, after which he pulled his hoop and bailed. Our first pull at 8 PM produced 3 legals and the bottom of the tide at 10 PM got us 6 more, including 2 lobstrosities. Midnight provided all of 1 legal, and with the crawl tapering off, we called it a night at with 10 in the tank.

Friday morning found us trolling rapalas for bonito with no success. At about 10 AM, a fog bank rolled in and made conditions tough for a couple of hours. We managed to catch about a dozen large Spanish jack and as many smaller ones on sabikis in front of Avalon. We moved backside to the Vs and slow trolled the big mackies looking for yellows – but no luck for us. No one we talked to had seen any either.

Later in the afternoon I almost wrapped the prop in some floating rope. I barely missed it - thanks to Don seeing it first! After pulling it in, there was a hoop net at the end. No float or markings of any kind, looked like it had been in the water for a few weeks. Now I have 6 hoops.

That night we were set up before dark again, and it was a good thing – because there were more boats in the area. I guess my spot is not so secret anymore. We topped off our limits on the 2nd pull at 10 PM – including another big bug - but the crawl was a lot slower than the night before. The last hoop had a big spider crab in it. Over both nights, we released more than 50 shorts.

After sleeping in a bit Saturday morning, we had a smooth ride back home – feeling good about the trip and thankful for our haul and good luck with the weather, which was absolutely beautiful in spite of the short period of fog. Water temps at the island were 66.5 to 71…

Good luck and be safe out there.

Crustacial Infestation of the deck! 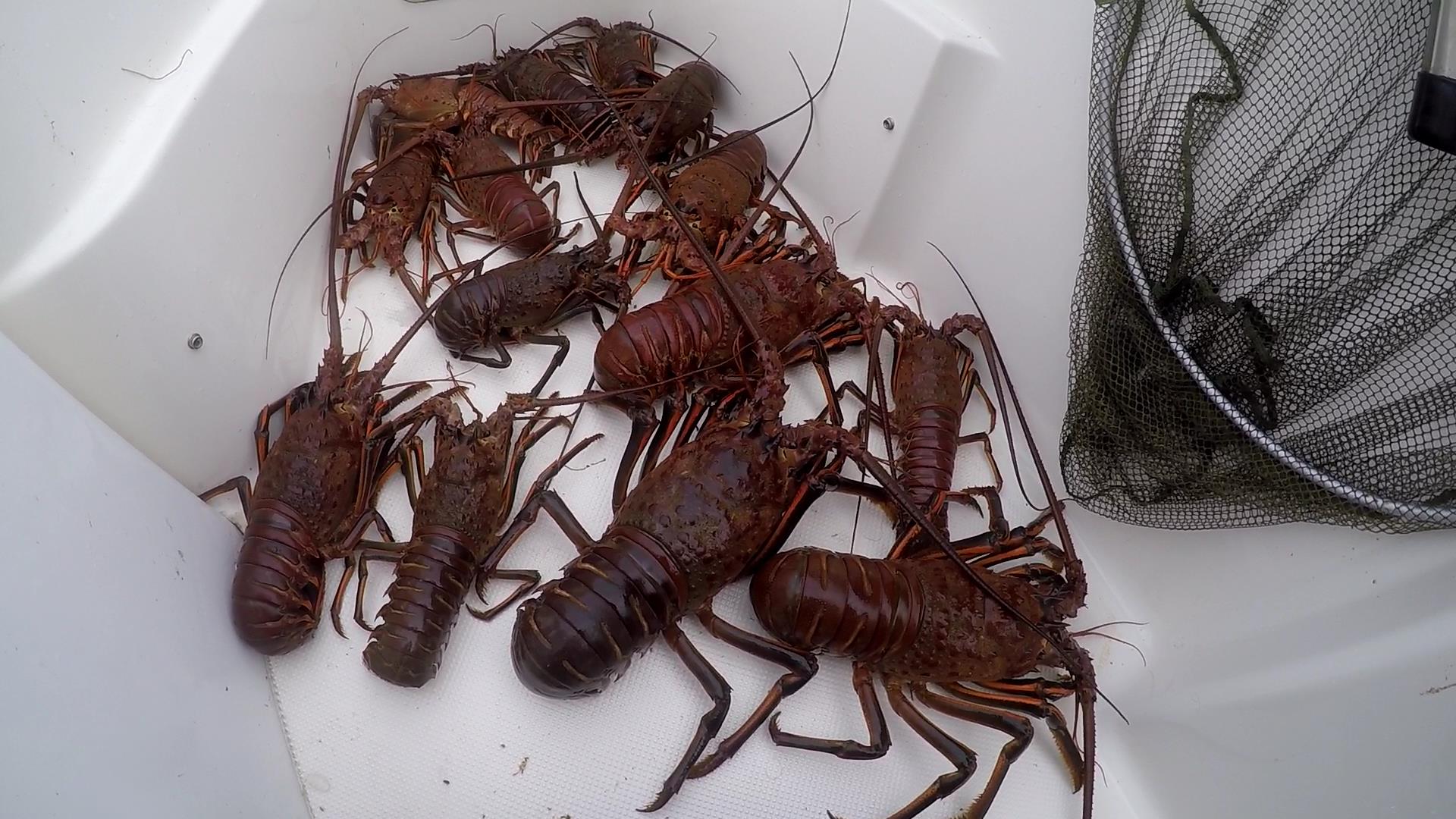 Not so happy bugs in the tank 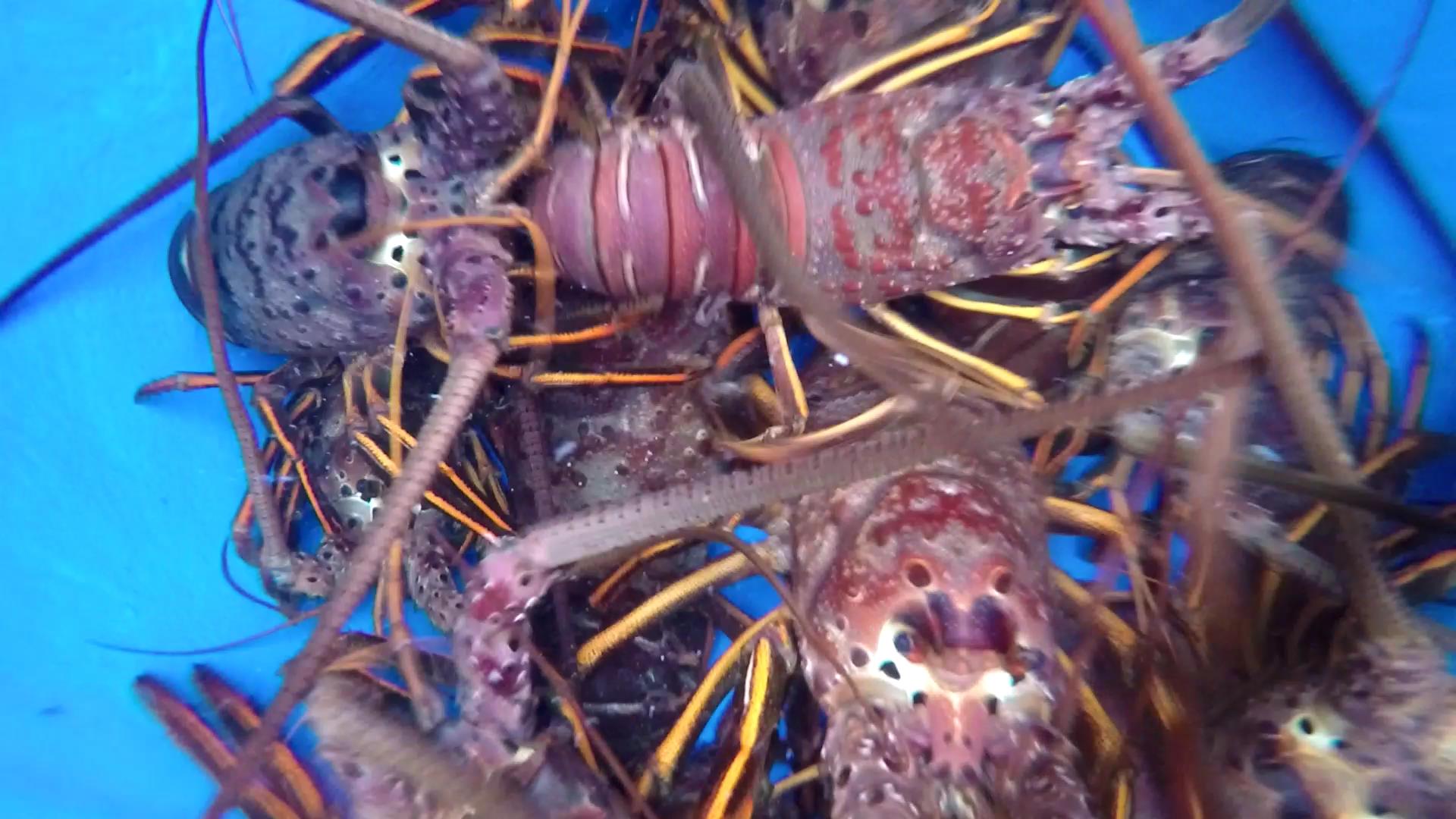 Nice trip and report, I was over there during the same time frame. We managed a few big bones, a couple nice bass and large crop of sole.
No hooping for us.
We spent Friday night at Hen Rock, I think I saw you there Sat A,M., I was the blue on white hardtop anchored on your port side.

We did manage a quick limit of one specie (all keepers) 2 miles off the island on the way home, see pic. 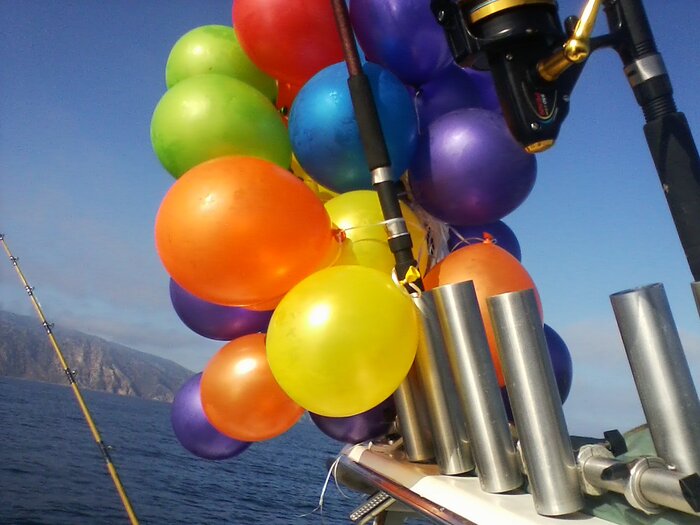 Very detailed report and thanks for the information. Cool how you planned a good effort both fishing and hooping. I'd like to try the same type of island run.
Last edited: Oct 29, 2017
Reactions: mhanson59hb
Upvote 0 Downvote
S

Boat
Whatever they'll let me on.

Nice report, Mike! Another nice visit to Catalina with a bag full of bugs!

Nice work, How deep were you dropping?
Toggle signature
Many men go fishing all of their lives without knowing that it is not fish they are after." ~ Henry David Thoreau
Reactions: mhanson59hb
Upvote 0 Downvote

Woodeneye said:
Nice work, How deep were you dropping?
Click to expand...

90 to 100 feet deep was where most of the action was at.
Toggle signature
Go ahead, make my day...

Nice night Mike and nice haul.
Toggle signature
The Killer in me is the Killer in you
Reactions: mhanson59hb
Upvote 0 Downvote
Show hidden low quality content
You must log in or register to reply here.