I took my soon to be brother in law Devan over to Catalina for a few days fishing and hooping. We launched Wednesday from Huntington Harbor and picked up a full scoop of mixed size cured sardines from Mario at LA Harbor bait.

The ride over was smooth with no wind and as we made our way around the East End the only other boat was a local lobster guy pulling his traps. We put out slowed trolled sardines at the Vs and headed west outside the various kelp lines. They are easy to see right now due to the lobster buoys all along the edge.

There was not much on the meter until we got to Salta Verde, where I released a toad calico. Just as we got under way again, Devan’s troller goes off with the right kind. Zzzzzziiinnnggg! Man, I have missed that sound this year! I motor out to deeper water and Dev lands an 11 pound yellow. Not big, but a yellow. High 5s!

About 30 minutes later, Dev’s troller goes off again, this time with a much bigger fish. Unfortunately for us, it was also a smart fish, as it power dove straight into the kelp and rocked him. We tired for a while to pull him out the other way, let slack line, etc. – nothing worked – and eventually broke him off. Oh well.

We stuck it out running up and down Salta, and Dev got a smaller yellow of about 4 or 5 pounds that we wanted to release, but it was hooked in the gills and bled out. Better to feed ourselves than a sea dog. The bite shut down and it was time to go scout some hooping spots and try to get some mackies or bones for bait. Rapalas did not get bit, but we got one good size bonito on a ‘dean.

That night was perfect for hooping, no wind, very little chop and very few boats in our area. There was one guy a little east of our spot, but he was way up shallow in 20 feet of water. This was Devans first time hooping, but he learned fast. We deployed my set of 6 nets from 60 to 100 feet of water and let them soak while we had a few cocktails.

I knew it was going to be a good night when the very first hoop we pulled had 4 good size legals in it. Dev now probably thinks this is how it will be every night! By the end of the string, we had kept 13 and I released one that was legal, but borderline. No chances. This decision was rewarded as the biggest bug of the trip came on the 2nd pull. The ratio was 12 males and only 2 females. Final tally was 21 legals with 7 released and about 20 shorts released. Pass the butter!

Thursday was a whole different story. We went back to Salta Verde, trolled the Palisades and the Vs, Frog Rock to Long Point, between the MLPAs and Arrow Point to the West End for a big nothing burger. A long boat ride, so we called it a bit early, picked up a mooring in Two Harbors, got a bottle of Jim Beam and watched the Buccaneer Days festivities. Arrrrrgh, matey!

Friday morning, we hit my rockfish spot with some frozen squid for mostly small chuckles, sculpin and whitefish, but I did manage a 28 inch lingcod to top off the trip. The ride back to the barn was a bit bumpy, but not too bad. Over all it was a really fun trip, the weather was great, and we came home with the targeted species. Water temps were 65 to 69.

Good luck and be safe out there. 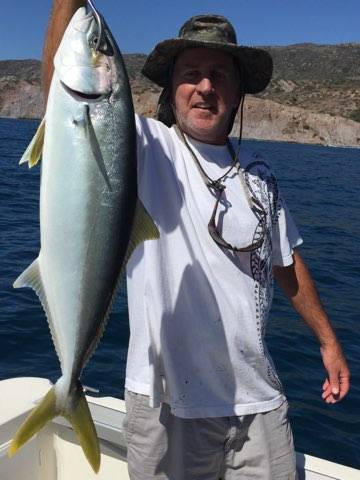 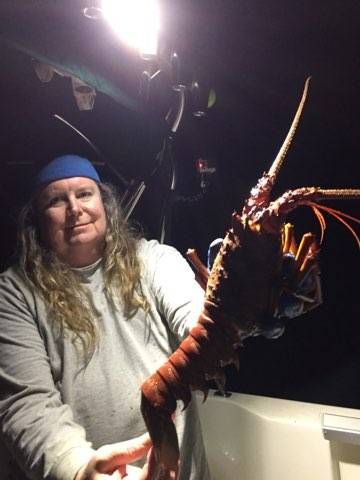 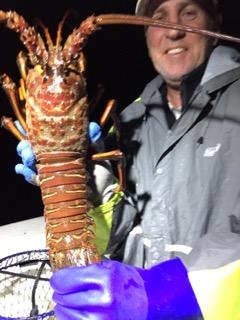 The end of another beautiful day 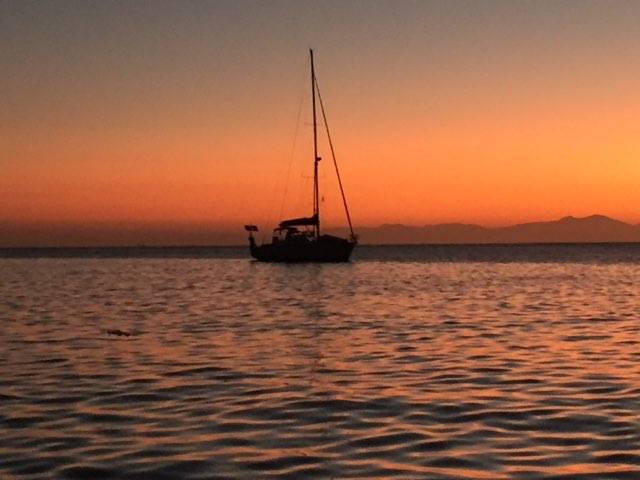 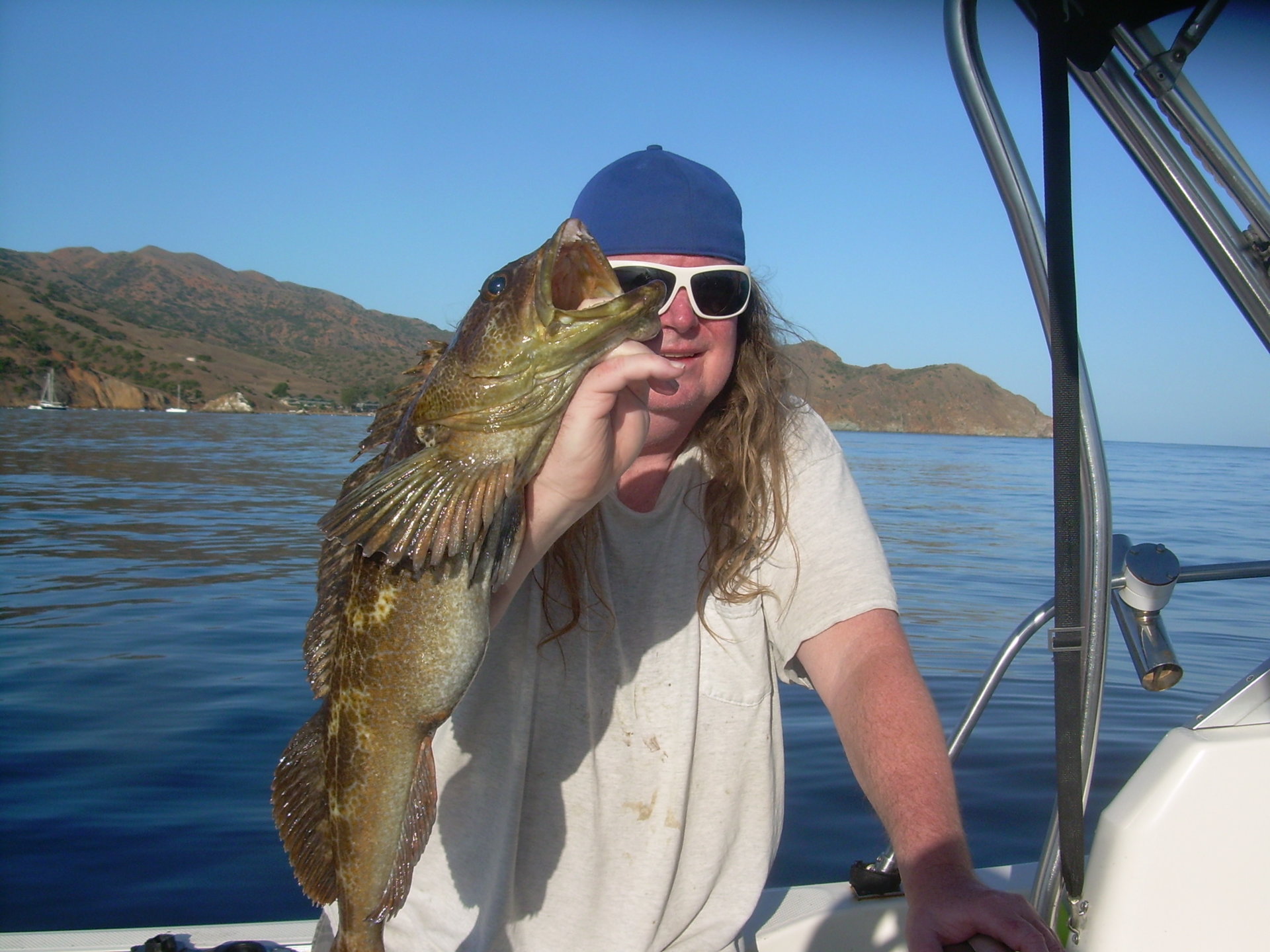 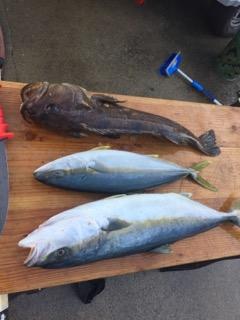 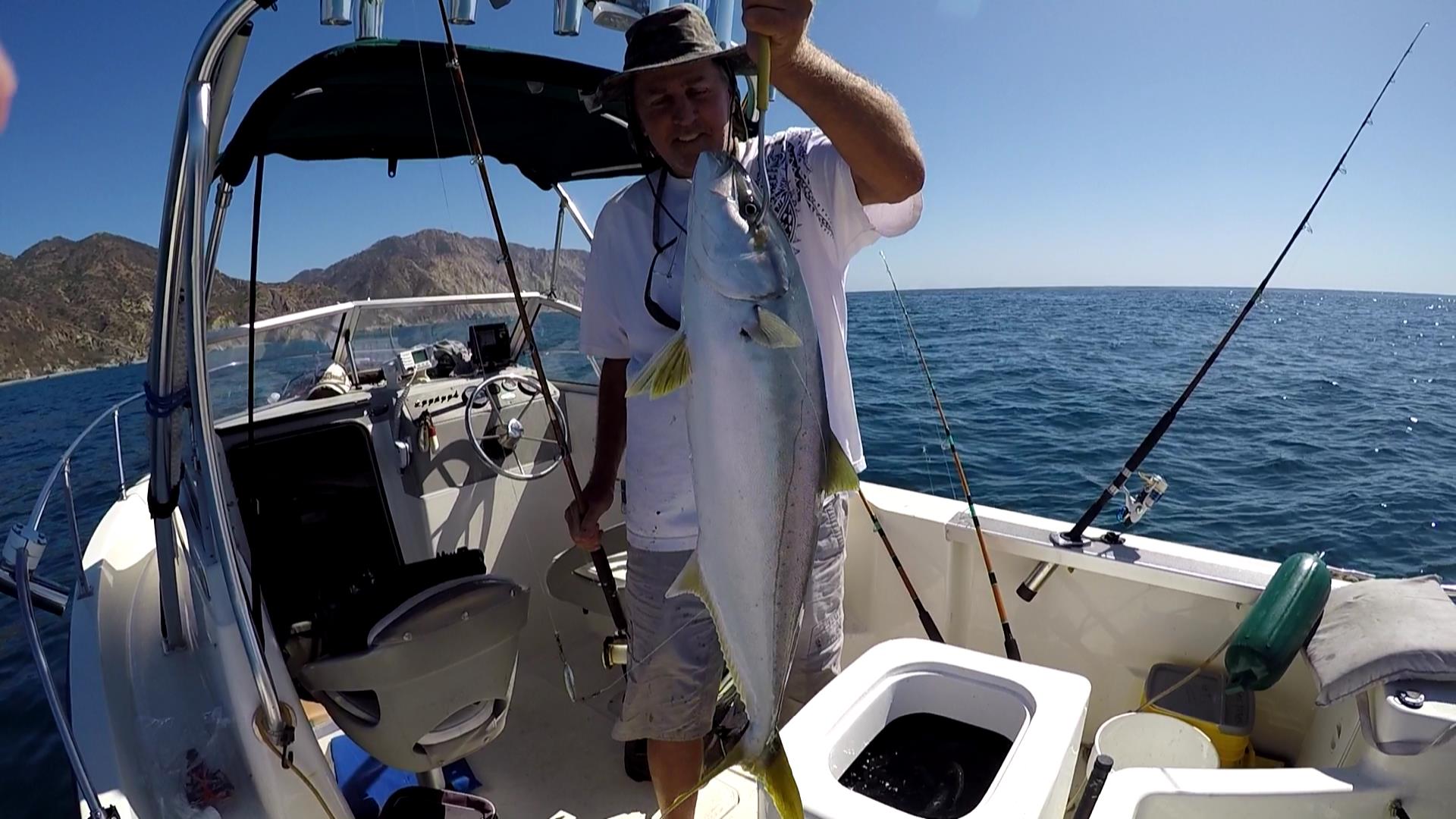 Awsome job Mike that looks like a blast!
Reactions: Paddyman1, the SLIDER and mhanson59hb

Congratulations on the variety Mike. Thank's for the report, if I was the new brother in law I would be impressed with the island skills you have.
Expand signature
The Killer in me is the Killer in you
Reactions: Hippie, the SLIDER, mhanson59hb and 1 other person