I took my friend Don Elm fishing and hooping to Catalina for a few days midweek on my boat, the Mako My Day.

Short version: Bones and Mackies available at the island, limits of lobsters, an 8 pound bonus halibut and sheepshead to 8 pounds. Water temp was 61 to 64. Skip to the pics below.

Novel: On Tuesday 03/01 we picked of a half scoop of anchovies from Nacho and headed over with a calm sea. Bones and mackies were on the snap between Frog Rock and Toyon Bay, and we got enough to stuff the bait cages in no time. Don released the worlds smallest yellowtail, caught on an anchovy.

We set up that night on our hoopin’ honey hole. First pull at 7 produced nothing but giant spider crabs and a few shorts, as there was a very short low tide swing. The next pull at 9 got things rolling with 8 legal bugs and lots of shorts released. Last pull at 11 topped out our limits with 6 more keepers, and a few legals released. Most of the locals were hooping out in 200 feet of water, but we did fine in 60 to 100 feet.

The next morning we ran over to the Isthmus area to some deep stones for rock fish. I got a 3 pound goat, and then Don got an 8 pound halibut in the same area. It taped out at 26 inches and is the first legal on the boat this year. Don then follows that up with an 8 pound goat. All were caught on frozen squid. We used the rock release to send a bunch of smaller rock fish back home.

Since we had our limits of lobs, we moored up at Hen Rock for some victory cocktails and relaxation. The ride back to the barn was a little bumpy but not too bad. Queue up the deep fryer for tacos and the BBQ for the lobster!

Limits of bugs ready for their "antenima" Ouch! 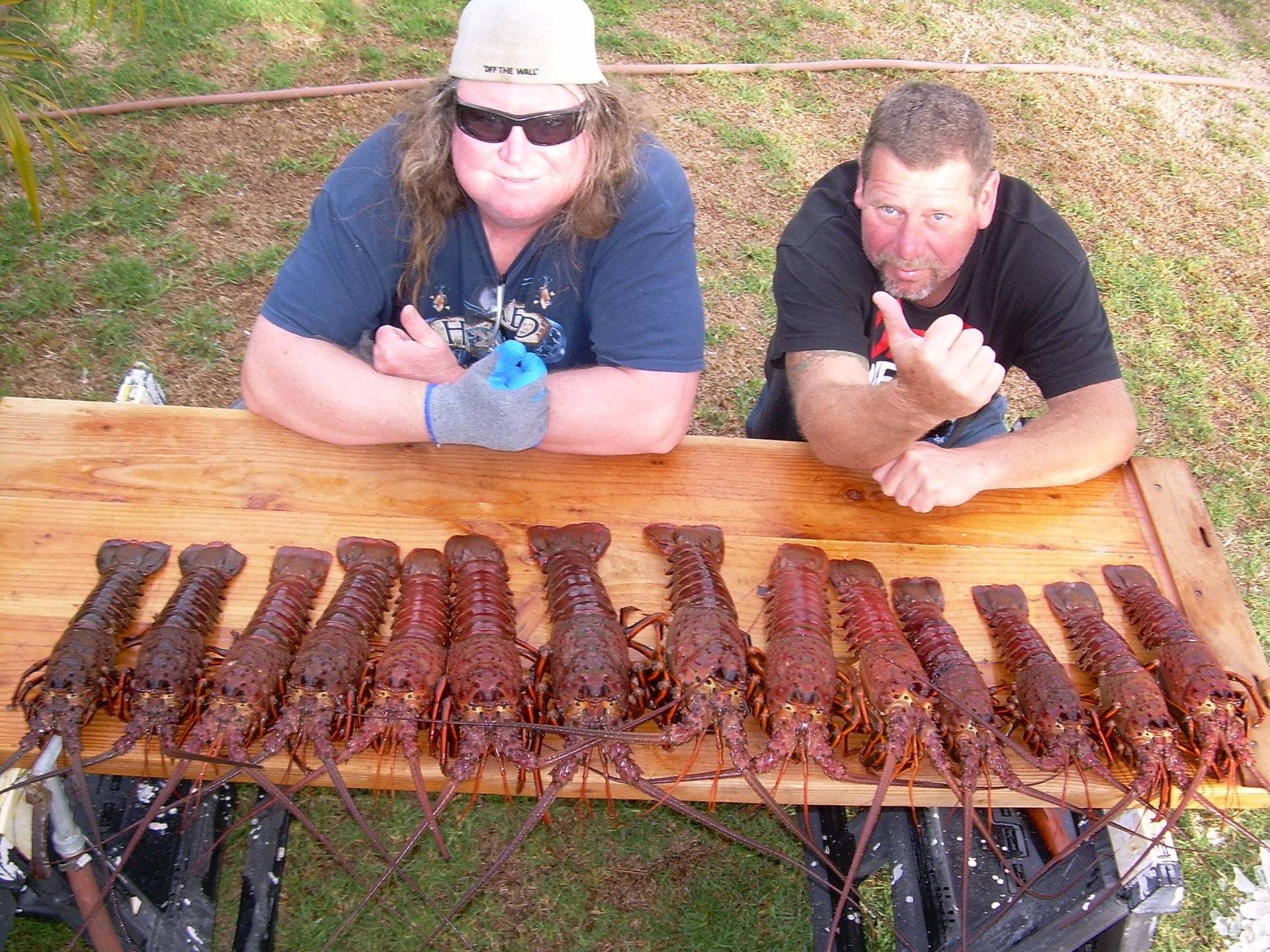 Don with the 8 pound halibut 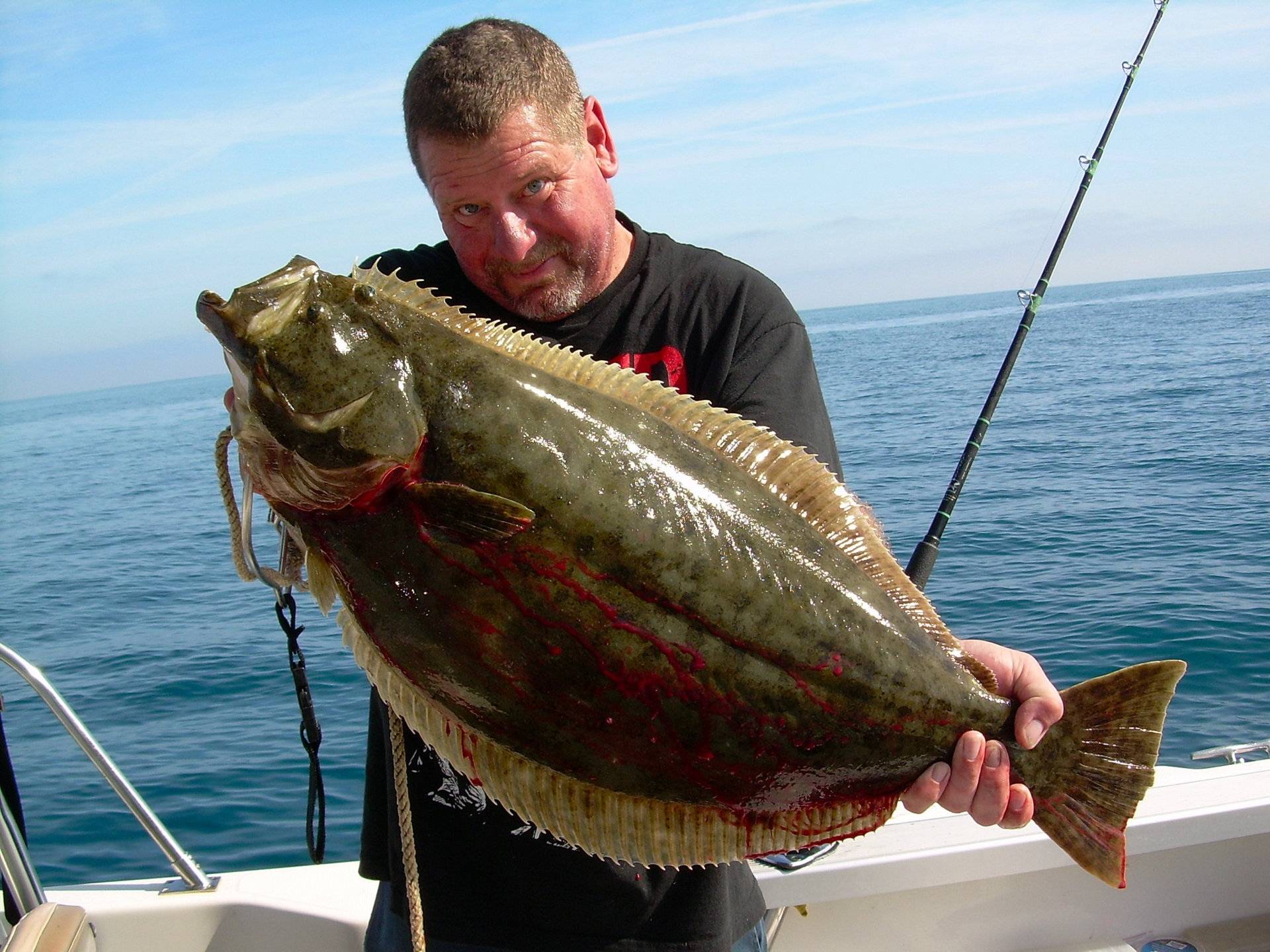 Don with his 8 pound sheepshead 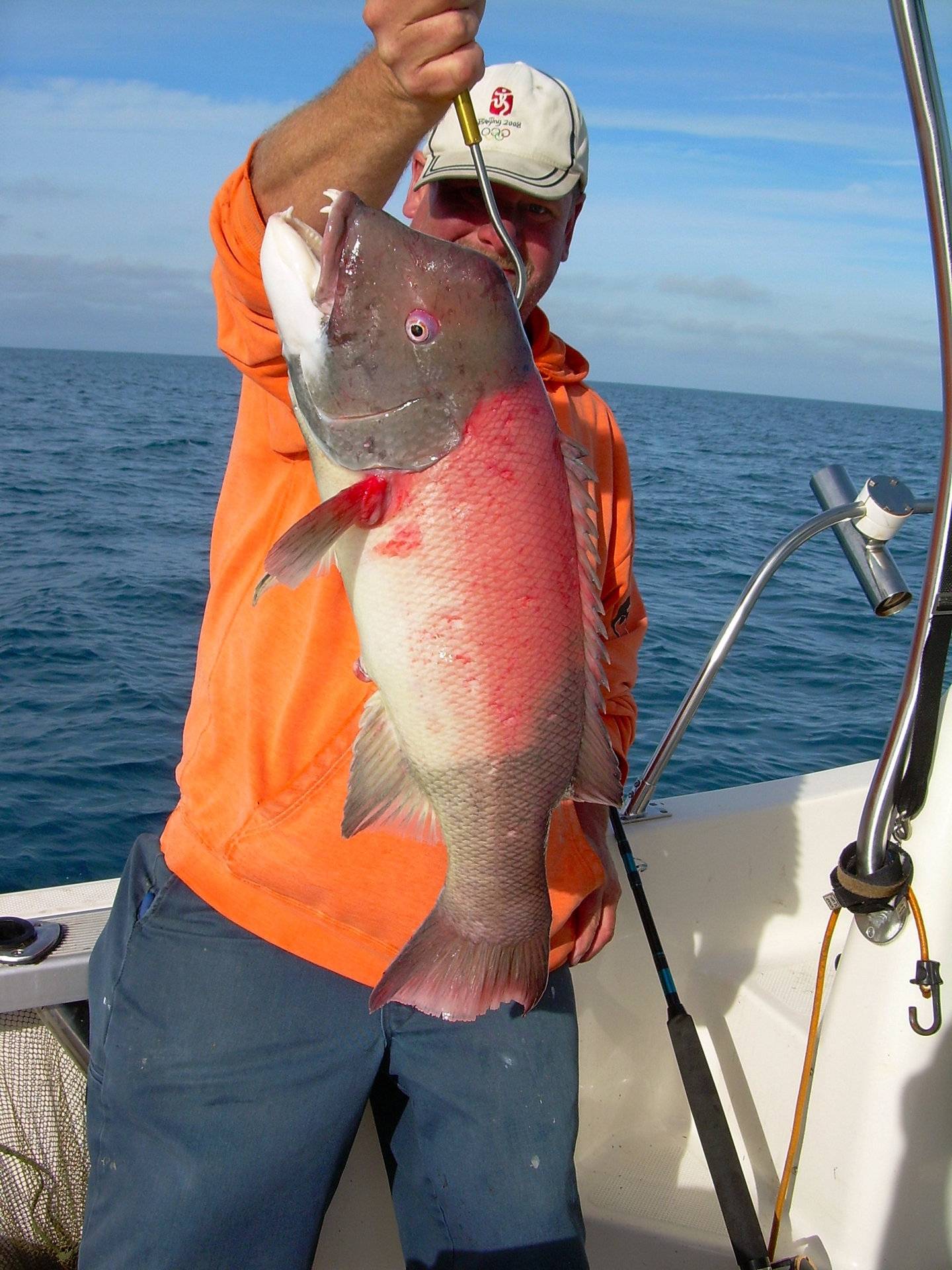 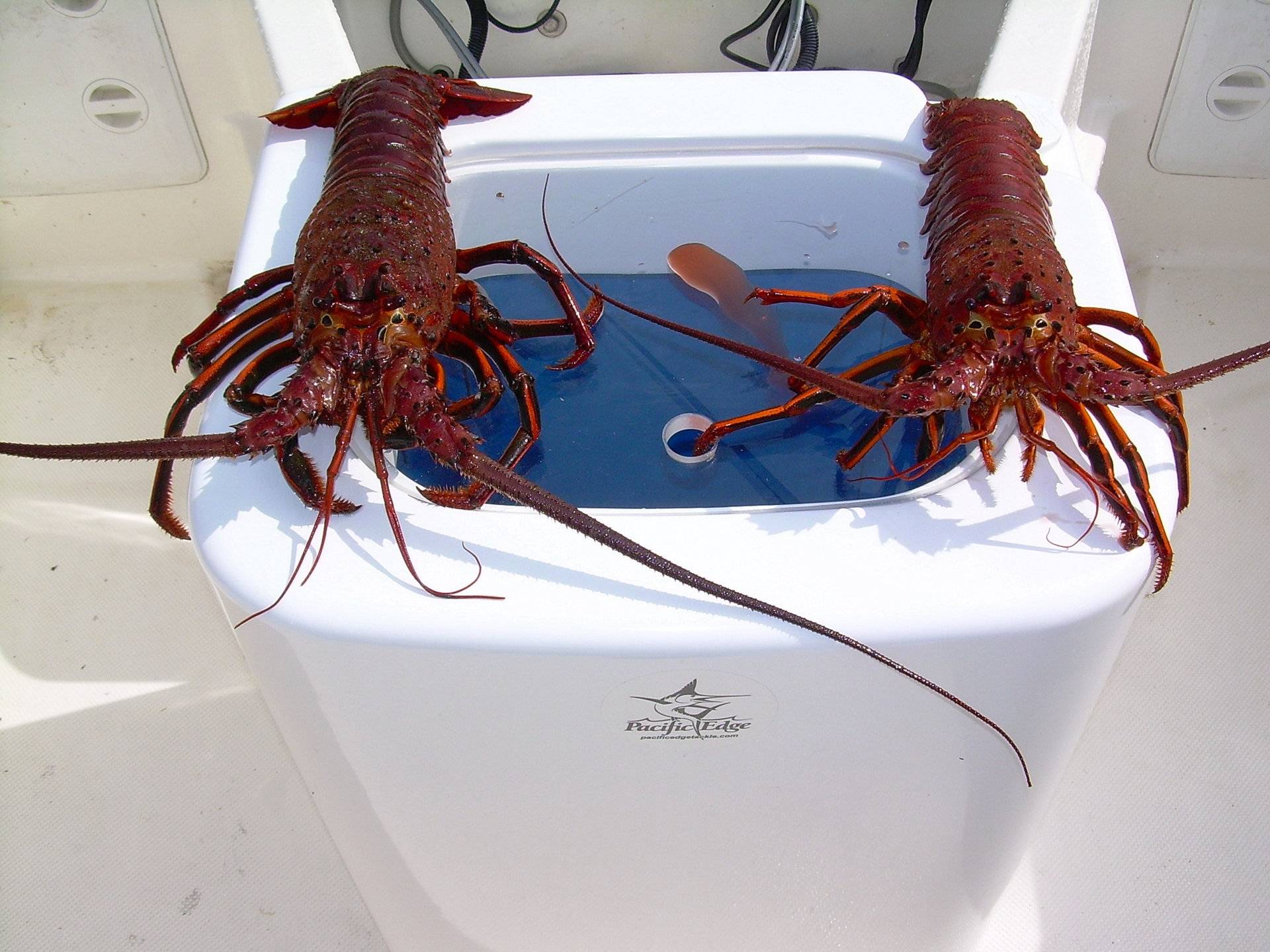 Don with the worlds smallest yellowtail 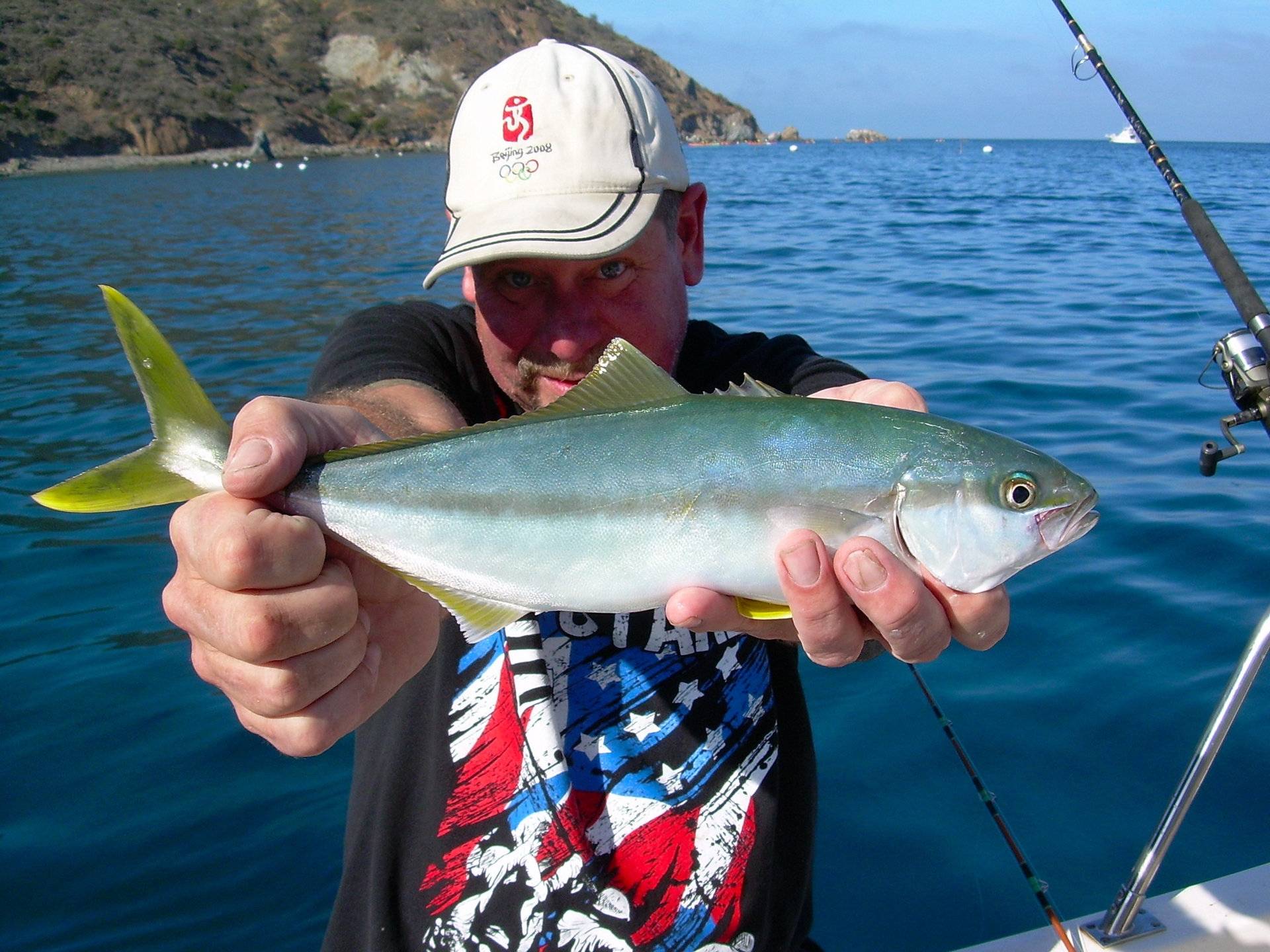 What a fun trip. Great weather is always a bonus
Expand signature
If you stay on a boat long enough you are bound to catch a fish!

Enjoyed the novel, thanks for taking the time to put it down.

and very jealous was heading out to check the weather and it does not look good so I canceled the trip .

Great report. Thanks for posting!!