9am launch from Los Alamitos. Nacho for a half scoop Of squid. And we were on our way.
on the boat was my middle son Coleman and his three high school buddies. ALl of these guys are graduating next week. Childhood friends, teammates/athletes, all that jazz. 1 of them had fished catalina with us once prior. The other two had a combined 1 day on the ocean in the 36 combined years of being on this planet- a flyer trip to Avalon.
first spot on the front at 10am showed yellows and Calicos on the meter but they were sleeping. We went into a beach and got one of the rookies his first Legal halibut, first ocean fish for that matter. No doubt gaff fish at 28”. sweet, on the board.
Couple hours later we made our way back to our spot. A buddy of mine pulled up on his big Trojan and we side tied. We had already put 1 10lb yellow on the boat on our fist drift. Another first for my son’s other friend.
after side tying, the next 2 hours was a steady pick on the released Calicos and 3 sweet yellows from 15-25lbs. Largest fish measured 44”. I got bit on 2 of them and I handed off one to my buddy’s son. His first yellow. And the other caught by his Friend.
sorry, lots of buddies abs sons and friends on this fishing day. But it was epic. Weather was awesome all day. Fishing was even better.
Now the important stuff.
high tide was 3pm tofay.
the yellows bit from 1230-245pm, and then went back to sleep.
fished 4/0 squid hooks with 1/8-3/8 slider.
water temp was 63.5.
Anchored in 85’.
Good current running west with the wind.
deeper, longer soaks got 3 .
Big fish was caught further up and away from the boat.
Hope this long winded message helps.
this week looks to be a great week. Go get them if you can! 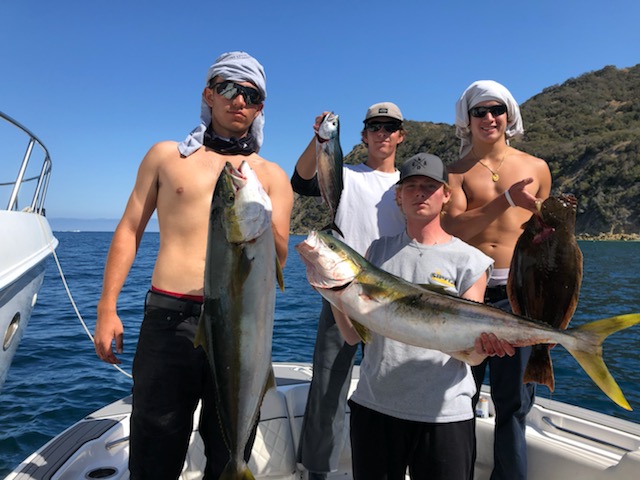 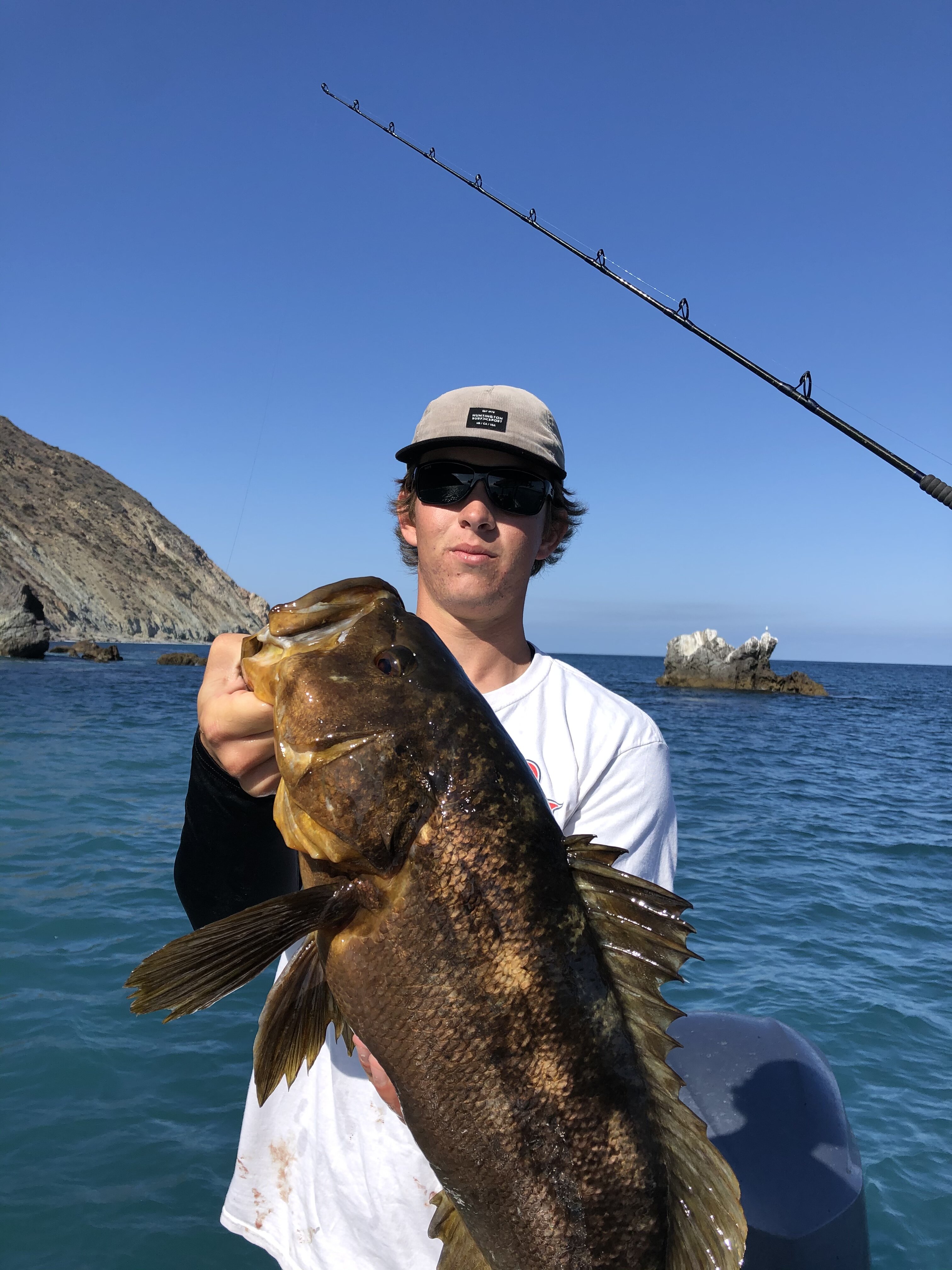 That is one big dark Checker! A fishing trip your son and his buddies will cherish forever! Way to go Pops!
Thanks for the report!
Reactions: TunaChaser20 and Tunahead
Upvote 0

Wow, never seen a Calico that big and the color is almost bronze. Definitely a picture to enlarge into poster size and hang on your wall!
Reactions: jiggermyster and Tunahead
Upvote 0
S

The monster calicos definitely come out later in the afternoon. Glad you released that one because it has been around for ages. That is a huge slug! The main problem is that you spoiled these new guys. They will think that fishing is always like this.
Reactions: Si Como No, Tunahead and jbl_91762
Upvote 0
H

Yes nice report. I was there Saturday and only got 3 bs. I love the halibut part of the story. Nice work!
Reactions: Tunahead
Upvote 0

Great trip to end a chapter in the young gentlemen's lives prior to post HS life.
Upvote 0

Glad ya got some nice Yellows and Co's too! Fun time for all.
Upvote 0

What a day! Great report with a lot of great information. Congrats to you and all the graduates.
Upvote 0

Was this back in March?
Upvote 0
R

Just a little bit of a late report...looks like nice weather for march.
Upvote 0

reelbadlarry said:
Just a little bit of a late report...looks like nice weather for march.
Click to expand...

May 30. Not sure how that happened!!
Reactions: reelbadlarry
Upvote 0

It seems like it's been the norm for the dates to get messed up... we figured it out....just messin with ya....Nice calico....
Upvote 0

That does not suck... way to put the young men on some fish and take a real world adventure not on a digital screen!!

Heck ya! That's how it is done!

Hopefully heading over next week during the new moon phase, keeping my fingers crossed!
Toggle signature
Go ahead, make my day...

At 44 the best days of fishing are still with my pops...whether we’re catching or fishing it’s all good times that will never be forgotten...your badass bro!!!
Reactions: Wasitrytofish
Upvote 0

Great day you put together! Yaaah, we headed out around nine... haha. I know calicos look bigger than they weigh but that monstrosity looked like a DD fer sure!

Was on a charter at Cat this weekend and it was way slooooow for us. We weren't soaking the live tubes though.

Great report. Glad to here about good action at Cat. Looking to head out there soon.
Upvote 0
Show hidden low quality content
You must log in or register to reply here.