Or so it feels like. OK, maybe we’re not THAT old, but DAMN!

I took my wife’s brother Devan to the Island for a few days of fishing and hooping. We launched from Huntington Harbor Wednesday morning and picked a scoop of 10 day cured medium sardines from Nacho. Nice!

The sea was flat calm, so I let Dev drive across the channel. There was a little chop on the back side east, but it laid down quickly. Fly-lining the hot ‘dines was an instant hook up on nice bones and a couple of the small yellows. Some of the fish were gut hooked because of how long you had to let ‘em run with the bait, so we switched over to slow trolling.

My first bait got hit on the drop back and another yellow gets released. They seem to have gained a pound to two since my last trip 3 weeks ago! It was steady the rest of the day, and we caught at least 10 yellows to 5 pounds and too many bones to count. All were released except the two that bled out. The best area was the Palisades just east of Silver Canyon. Water temps were 70 to 72.

Moving over to my hooping spot, we were all set up before dark. There were a couple other boats setting up shallow, so I dropped outside in deeper water. I have 6 hoops, and the first pull at 8 PM only got 4 legals, and the pull at 10 PM got 5. We set them out one more time, but it was a waste as we only got one more legal late. The crawl was over. But 10 in the tank was all good!

In the morning we went to Salta Verde to get bait, but we only managed about 10 smelt, most of them small. Slow trolling the bigger ones, Devan got a nice rip on what seemed like a bigger fish, but it came un-buttoned quickly. Bummer. A bit later, I get absolutely smoked and almost got spooled – but I hooked a sea lion. Chased the dog down to get my line back and broke him off. He now has some bling. Friggin’ floating flea bags. Dev also released a nice calico.

Out of bait, we spent a lot of time looking for some, but no dice. Trolled rapalas produced some nicer bones, but it was getting hot. We picked up a mooring at Whites Landing for a swim, some lunch, a beer and some relaxation. Sometimes that is just as much fun as fishing!

That night, the first hoop set topped off our limits and we released and additional 3 more legals. It was nice to pack it up early, and back on the mooring a few celebratory drinks topped off the trip nicely. Heading back to the barn Friday morning, we were greeted by another 12 mile fog bank. I think that thing is following me around the last few trips, but it was not quite as thick as last time. Thanks for small favors!

The weather was absolutely beautiful, and although I have some aches and pains, we had a great time, a limit of bugs and made it back safe!

Devan with some nice bugs.

Limits on the deck 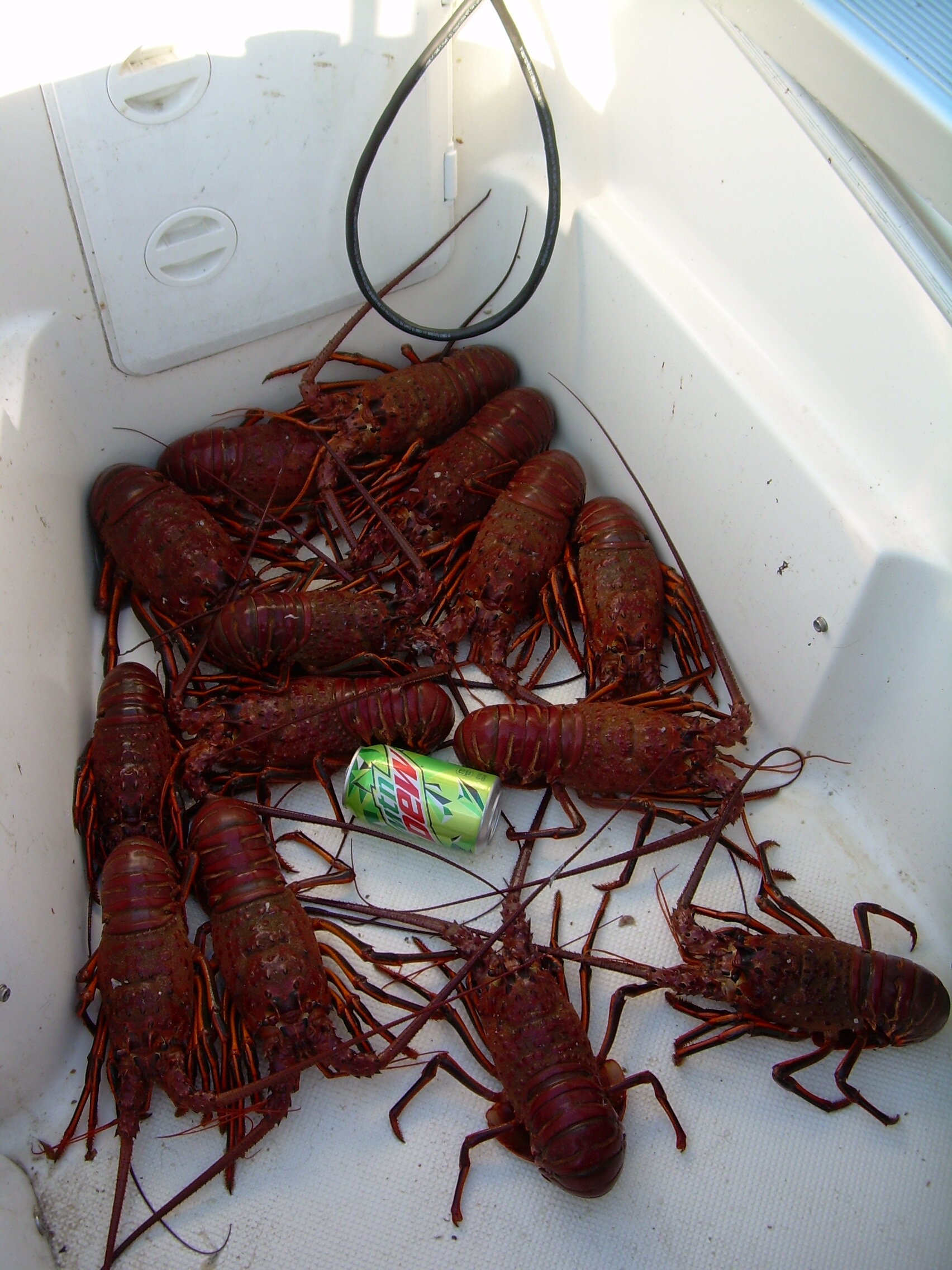 Old man's back saver. Well worth the price! 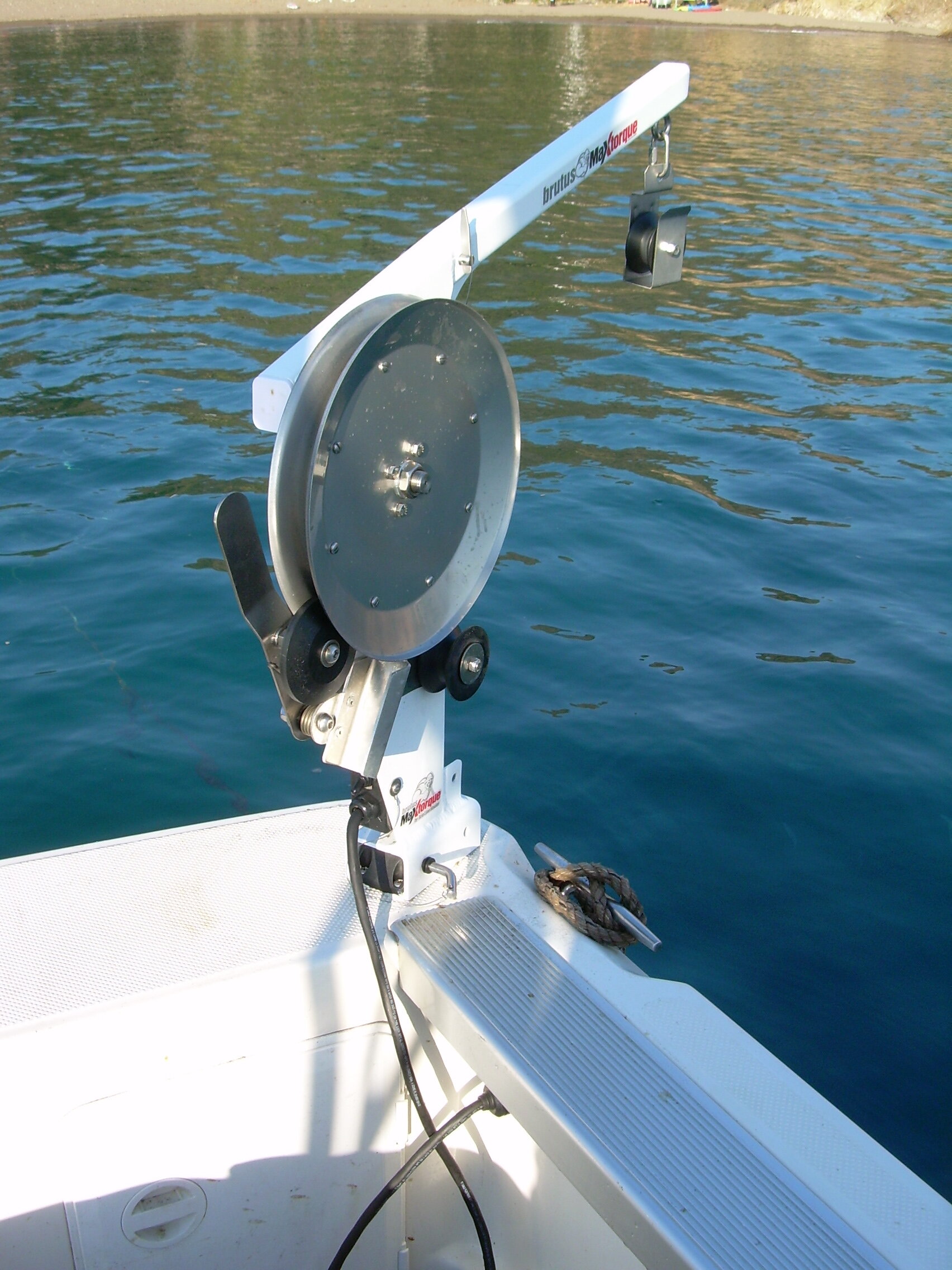 Great times.
Glad you guys had a fun, safe and productive trip.

If you are much north of 50, the "back saver " is a real treat. My wife bought me the Scotty puller with the capstan, it saves my back for more important tasks!
Expand signature
Steve

Nice work on some quality bugs, sounds like a great time!
Reactions: mhanson59hb

Some nice ones there!
Expand signature
CATCH YA LATER <*))>><
Reactions: mhanson59hb

If you are going to spend 2 days, get a 2 day permit so you can keep those extra bugs

"all-in" said:
If you are going to spend 2 days, get a 2 day permit so you can keep those extra bugs

I've thought about doing that, but I really don't need more than seven bugs! Maybe one day!
Expand signature
Go ahead, make my day...