Short story: light load of anglers limited on rockfish AND lingcod out of Bodega on the New Sea Angler. Awesome day!

Long story: I was booked for today, Tuesday, but Capn Rick called Sunday afternoon to cancel Tuesday trip (too few angler) and did I want to go yesterday Monday instead? Yes.

Cue the mad scramble while I found a camp spot, loaded up my camping gear, kissed my wife and dogs, and did the Sunday Shuffle in traffic from West Sacramento to Tomales/Dillon beach.

Since I pulled in late afternoon and would need to leave by 04:30, I set up the bare minimum to heat up my beans(dinner), and make my coffee (breakfast). I made like a hobo and slept under my tonneau cover in the back of my truck. Cozy, but sheesh, it took me about 10 minutes to wriggle out in the morning.

Made it to Bodega not on time, first time ever I haven’t been early. Oh well. Get my gummy sack and a sand dab setup. Off we go.

So it’s been shall we say kinda grumpy outside and it was yesterday too. Nice to be in a big boat. No skiffs seen yesterday at all. Couple kooks way outside sailing though. Yikes.

Capn Rick put us on spot after spot that we’re incredibly productive so we limited on rockfish pretty quickly using hi-low flies and squid strips. 8oz weight; wish I’d brought at least 10. I caught my first ling with a medium size white grub I had attached to my sinker. It went 14#! Personal best!

A young lady caught the biggest red I’ve ever seen. Deckie said it was Cordell Bank grade. Most everyone decked standout brown, canary, or reds.

Fishing with Capn Rick reminded me of fishing with Bruce Smith on the Fortune down in SD. So tuned into even the smallest piles, telling us Drop now! When he was over them. If you paid attention, you were instantly rewarded with a lunker. If not, you missed the snap.

After this we drifted for sand dabs, which I love to do. I enjoy catching baits!

Then we went to his ling spots. If you had on one of his big trap rigs with a smallish sand dab, and dropped at the right time, Whammy! You got smashed.

I achieved a new personal best a couple hours later with a 15# ling! Wowie!

Then I helped others get their limits with 3 more. Holy smokes. Never have I hooked and landed so many lings. This was a day to remember forever. Guys were asking what my secret was. At first I just told them I had lingcod cooties, but then later I fessed up. The secret was just to do what the guys who are out there every day, year after year, tell you to do. Don’t overthink it.

Remind me of this next time I go! I’ll forget.

Man what a day out there in a pretty rowdy sea state with some great fishermen and us 2 ladies just loving life. 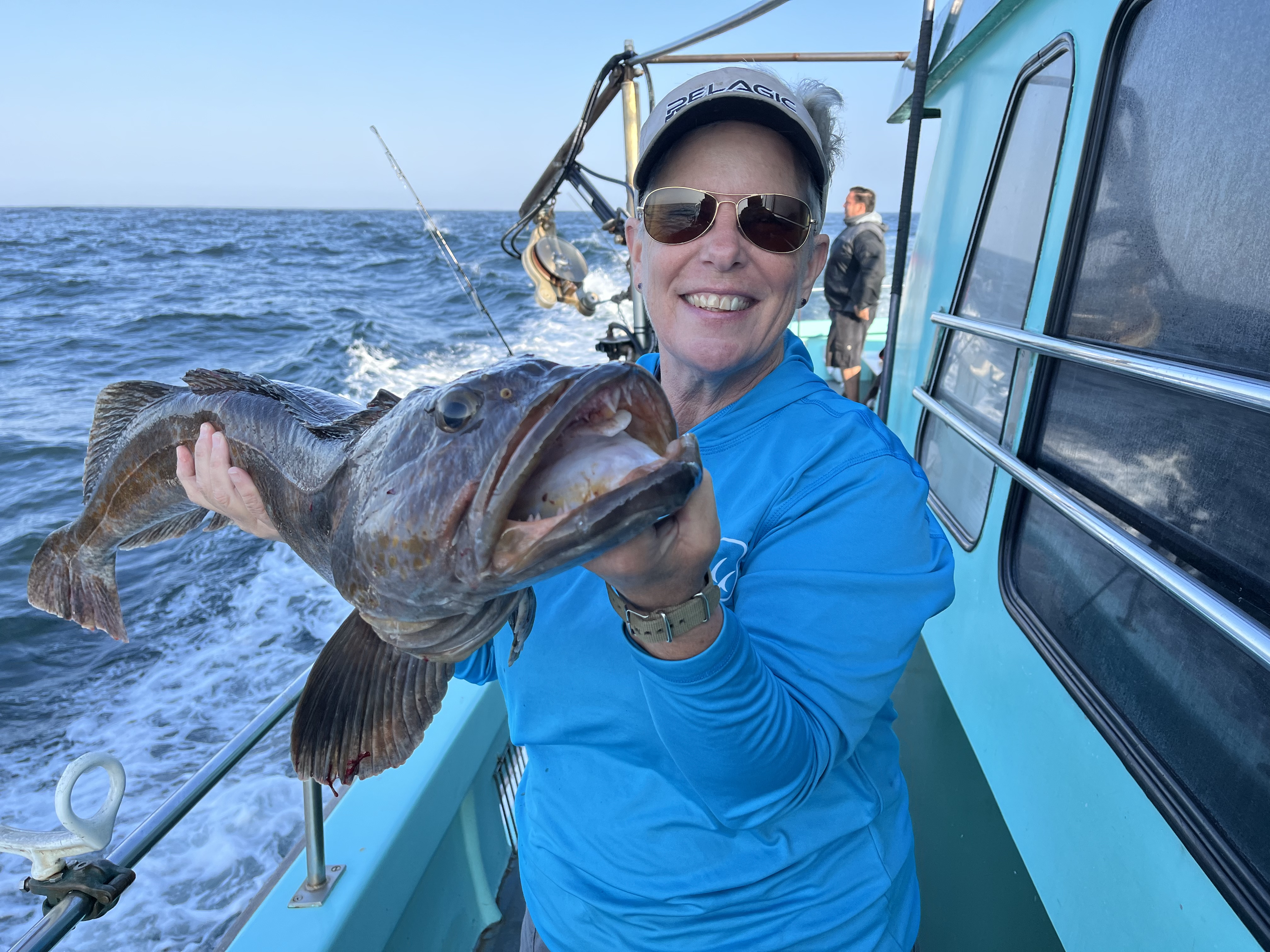 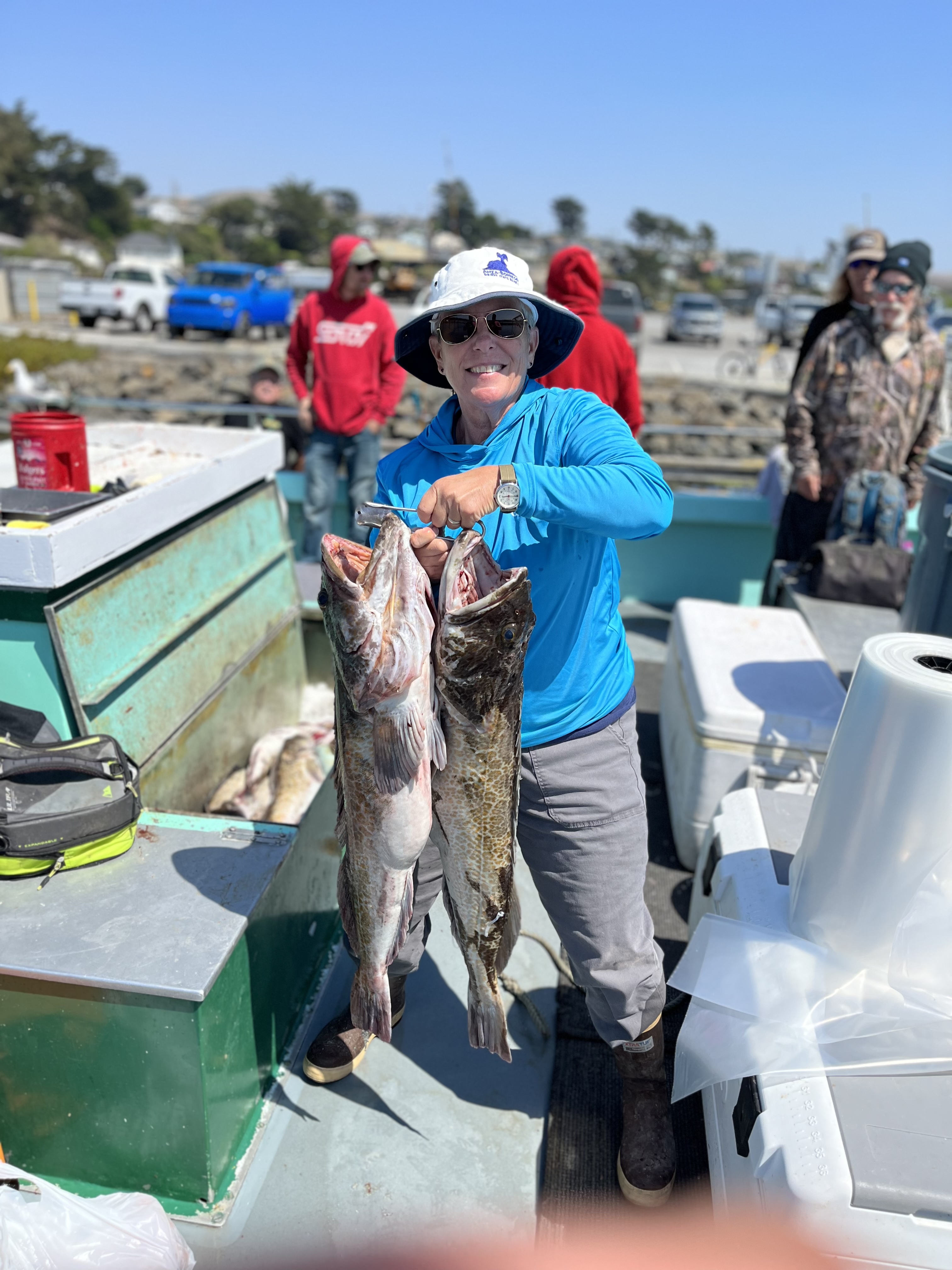 Boat Name
Any party boat thats going out that day.

Awesome job! I have not been out on the New Sea Angler in years. I wished I lived closer to Bodega Bay. The fish quality always seem better than those out the gate. Might have to make the drive one day. Thanks for the post and great job on those lings!!
Gerry
Reactions: Peg North
Upvote 0

el_jefe_chingon said:
Awesome job! I have not been out on the New Sea Angler in years. I wished I lived closer to Bodega Bay. The fish quality always seem better than those out the gate. Might have to make the drive one day. Thanks for the post and great job on those lings!!
Gerry
Click to expand...

Totally worth the extra effort. I started going up to ft Bragg last year too. You can always camp.
Upvote 0
Show hidden low quality content