This will be a brief honest report
Quite a few stripe marlin around but we were not interested
Day 1
Left cabo in the morning and ran to find the porpoise
Got on a school in no time and hit three 25lb fish right away.
Launched the kite and after about an hour
We hit a fish that was around 100lb but he came unbuttoned right away.
Back out the kite goes and 45 minutes later we hit a 50lb fish and then a short while later
Another 60lber
We couldn’t get bit on the kite after that so we went to lures and landed to more in the 25lb range.....good solid day.

Day 2
Same plan as two days prior
First off....the water was horrid to start but safe.
Ran out again 30 miles plus and found the porpoise again
To windy for the kite so lures was the choice.
Long story short was had limits of 20-40 lb tuna by noon
Epic day and hard work....just the way we like it.

Synopsis:
Cabo is like most other areas and trust me I fish it a ton
Sometimes your lucky but most times you get what you pay for.
The right crew that preps the best they can and works their ass off is what you want.
Yes, safe and honest is a must as well but that should all go without saying. 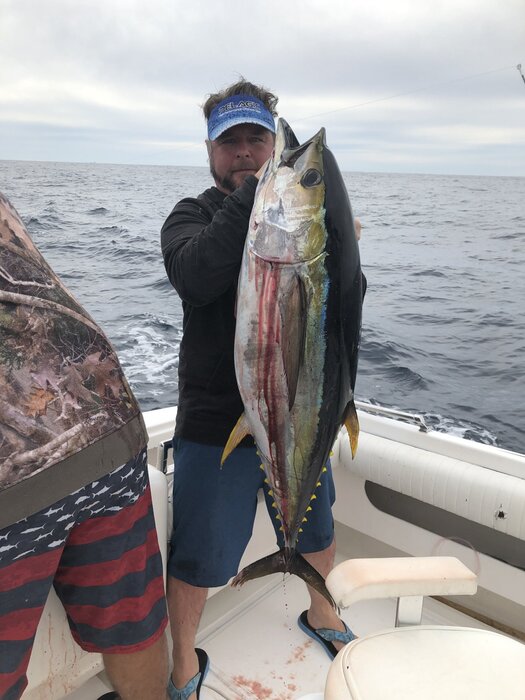 I sent a client of mine that has a long history with me and this was today’s report.