My two brothers and an additional friend all met up in SoCal on Monday the 13th and the brothers grabbed a great dinner in Little Italy but kept it pretty tame as we knew the next day would be a full one. We got to CBX early the next morning and made a smooth transition over the bridge to meet up with the group we would be flying with at Starbucks. The flight over was smooth and the guys we flew with all seemed to be good dudes with lots of chatter about tackle, species and locations of what we would be fishing for. The team for COA was spot on with getting our stuff off the plane and out to the lodge that didn't disappoint when compared to the website and pictures. Carlos gave us the quick lay of the land along with boat assignments and encouraged us to keep our tackle limited to a couple of rods in order that we not waste fishing time on an already short day.

Day 1
My brother Dennis and I were assigned to Indy's panga which was clean, well powered and has a wide open front platform that we often fished side by side up front. We made a short run southeast where we almost immediately got into nice 10-18lb yellows along with Bonita that were sufficiently stupid and demolished our smaller size Deadhead yo-yo irons that I would regret not bringing more of. I lost one larger fish on a breakoff and another to a Sea Lion (Indy "f-ing Lobos!") but got our two 5 fish limits of YT in about an 90 minutes. We worked our way up the coast in search of Calicos but the conditions and spots weren't right without much time left so we headed in. The beer was cold, dinner was good and the staff are all really great. 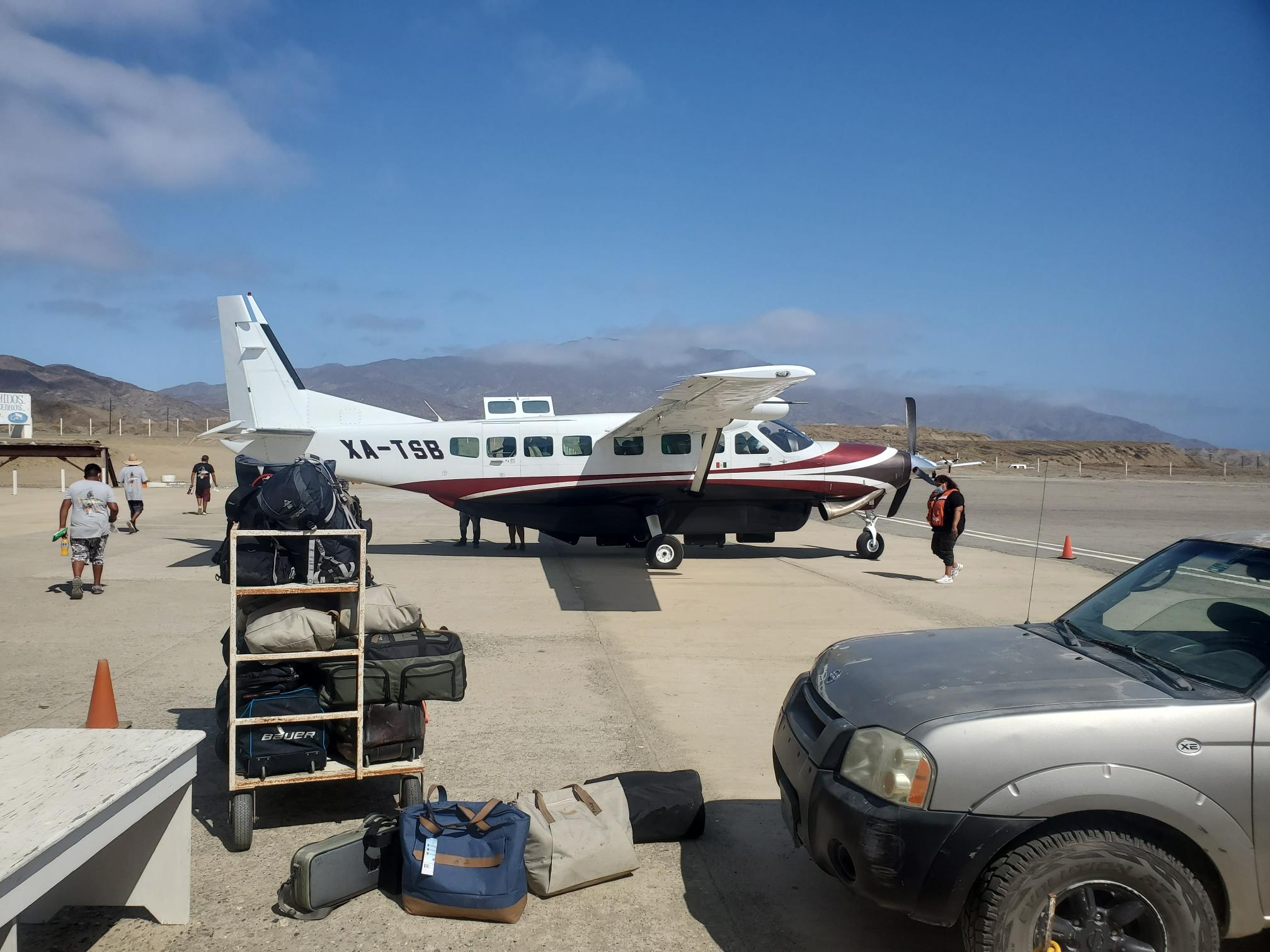 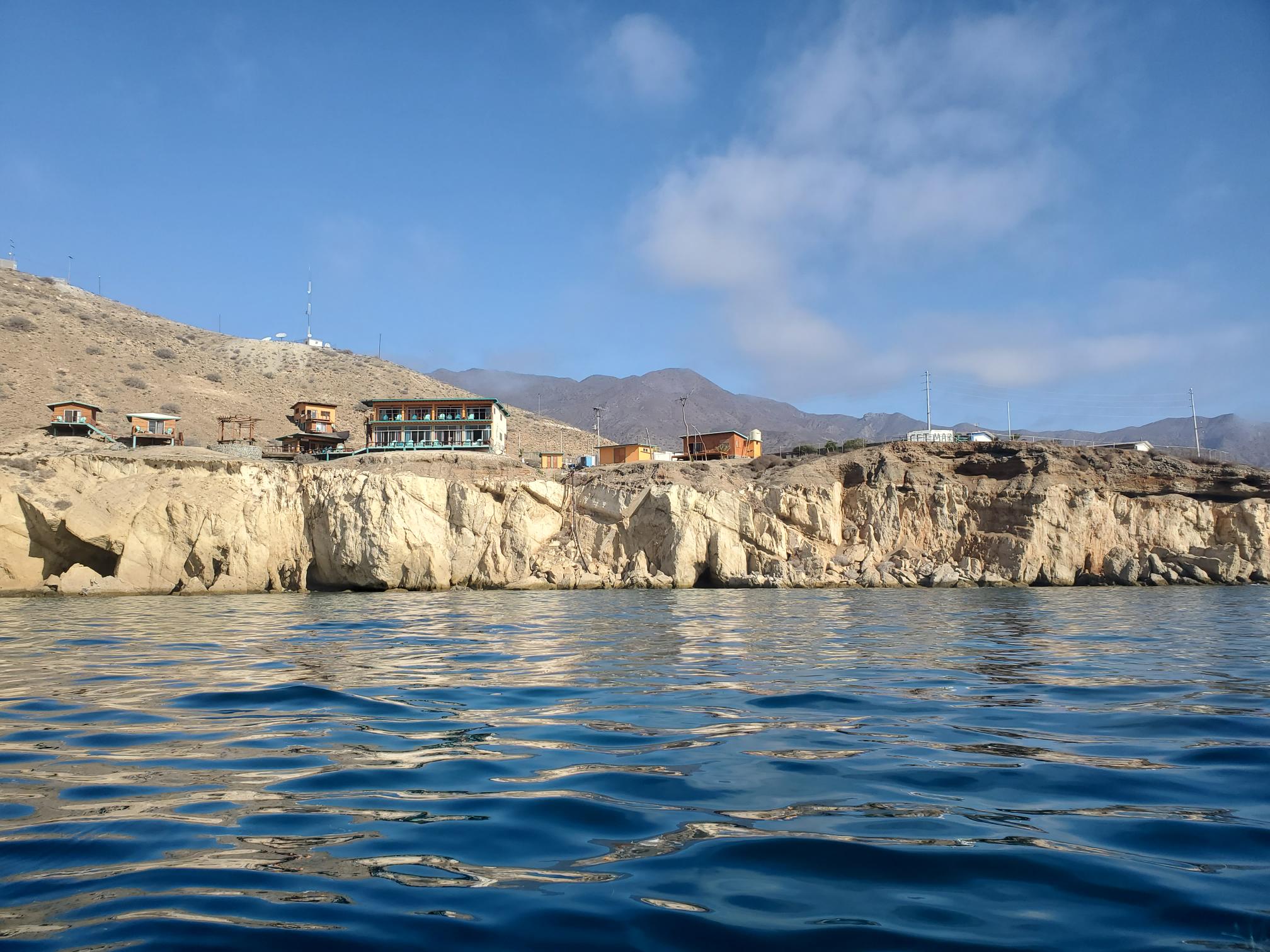 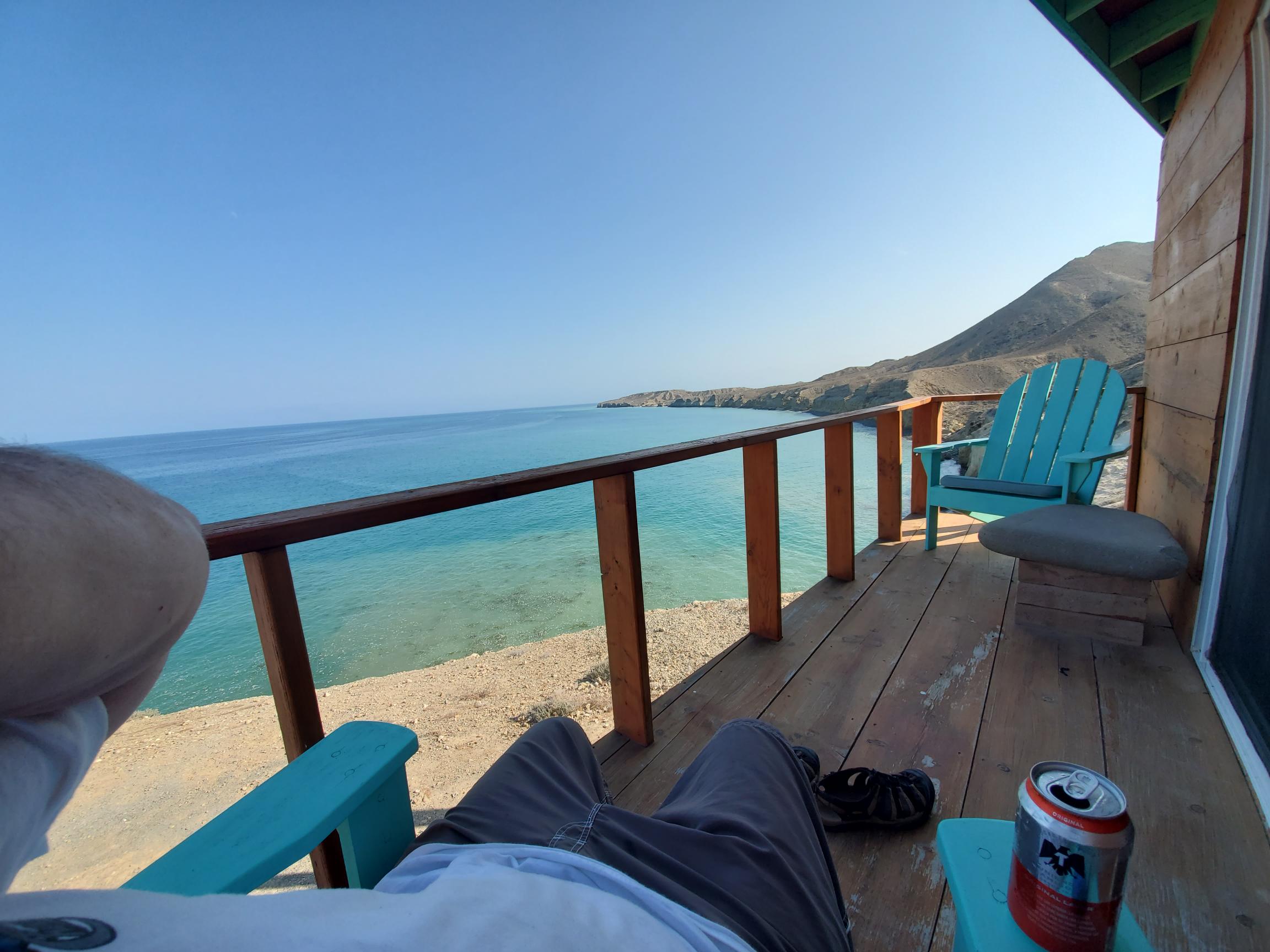 Day 2
Indy was wanting to chase yellows again but we wanted bass, sheepshead and halibut but Indy stopped off at the same community hole as the day before and then told us the wind the wind was too much to go to the "Mucho Sargasso" spot that we were looking forward to. We scratched out a few Bonita and Dennis got a YT on yo-yos but were really itching to head north to chase Calicos. Indy said "uno momento" just prior to me hooking up with something that felt like the right kind which at first I assumed was a YT since it was pulling harder and hit deeper but a couple of minutes later I came up with a black sea bass that was to gaff before I had a chance to consider anything. The fillets look amazing and I'm sure it will be enjoyed as something I won't likely catch/keep again. We stopped in front of COA for a few pictures and headed up about halfway north which it turns out wasn't near far enough north (keep going!). I mentioned to Indy that I'd be willing to pay extra for fuel but I'm not sure he understood my awful Spanglish to take us further. We spent the afternoon trying for bass and halibut where we did okay on Calicos and managed one small halibut. 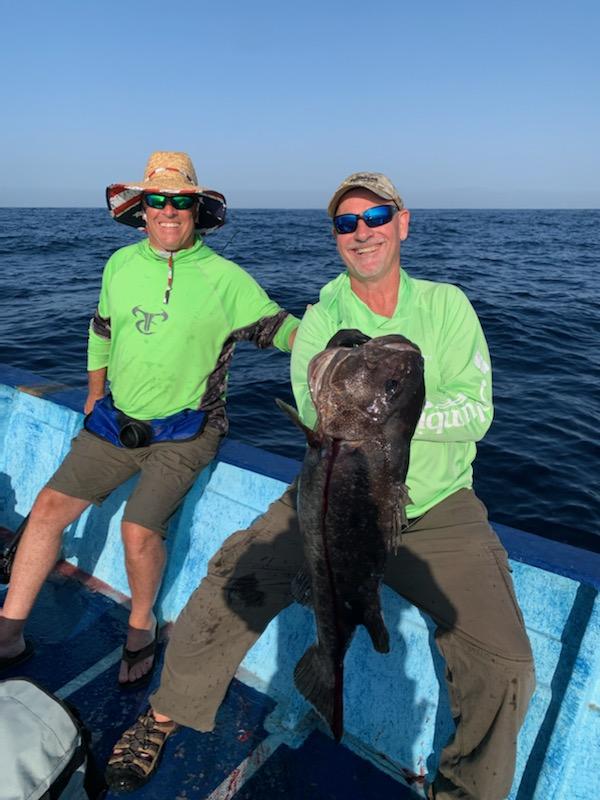 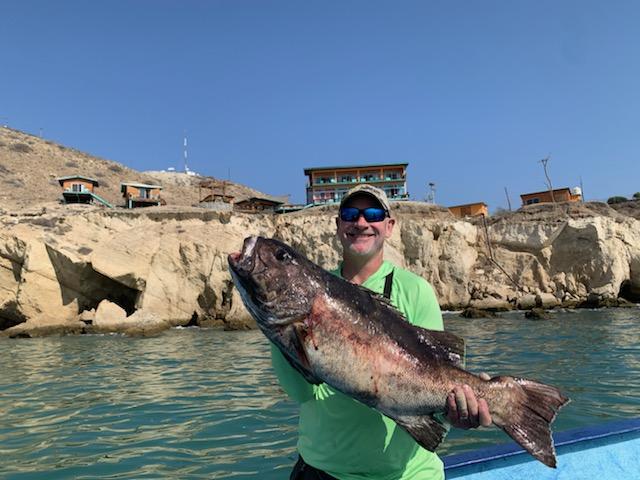 Day 3
Last full day...NO YELLOWS - Norte or bust. We made the long the run up and got all the way to Campo Punta Norte only to once again be turned back due to the wind but the trip was still a great call. While we never did see the kelp beds that YouTube promised, we did slowly work our way down the rocky coast and hammered the Calicos. No monsters but we got 120-150 fish up to 5 1/2lbs (on a scale) and lots of 3-4lb versions. We started out throwing MC Swimbaits in various colors and sizes but eventually settled into a nice rhythm with stick baits. I had lots of Daiwa LCs while Dennis had those along with one remaining Colt Sniper left over from our BOLA trip. That bait out produced mine at least 3/2 and he had several multiple fish hook ups with one cast resulting in three fish as they really wanted to kill the sniper. We are both fairly serious bass guys and the key was the cast. An accurate toss into foamy chutes between or next to rock formations with a twitch, twitch, pause approach seemed to bring us the bigger fish with almost all the 4lb plus fish hitting on the pause to the point where we were calling our shot after making what we thought to be the right cast. With torn up thumbs and hands we worked our way down south stopping a few times in a failed attempt to trick something better than a fun-sized halibut. On to the lodge for libations and dinner which was fried Mako and was my favorite meal of the trip.

Apologies on the lack of pictures here. I shot a ton on the GoPro but haven't even unpacked it yet. 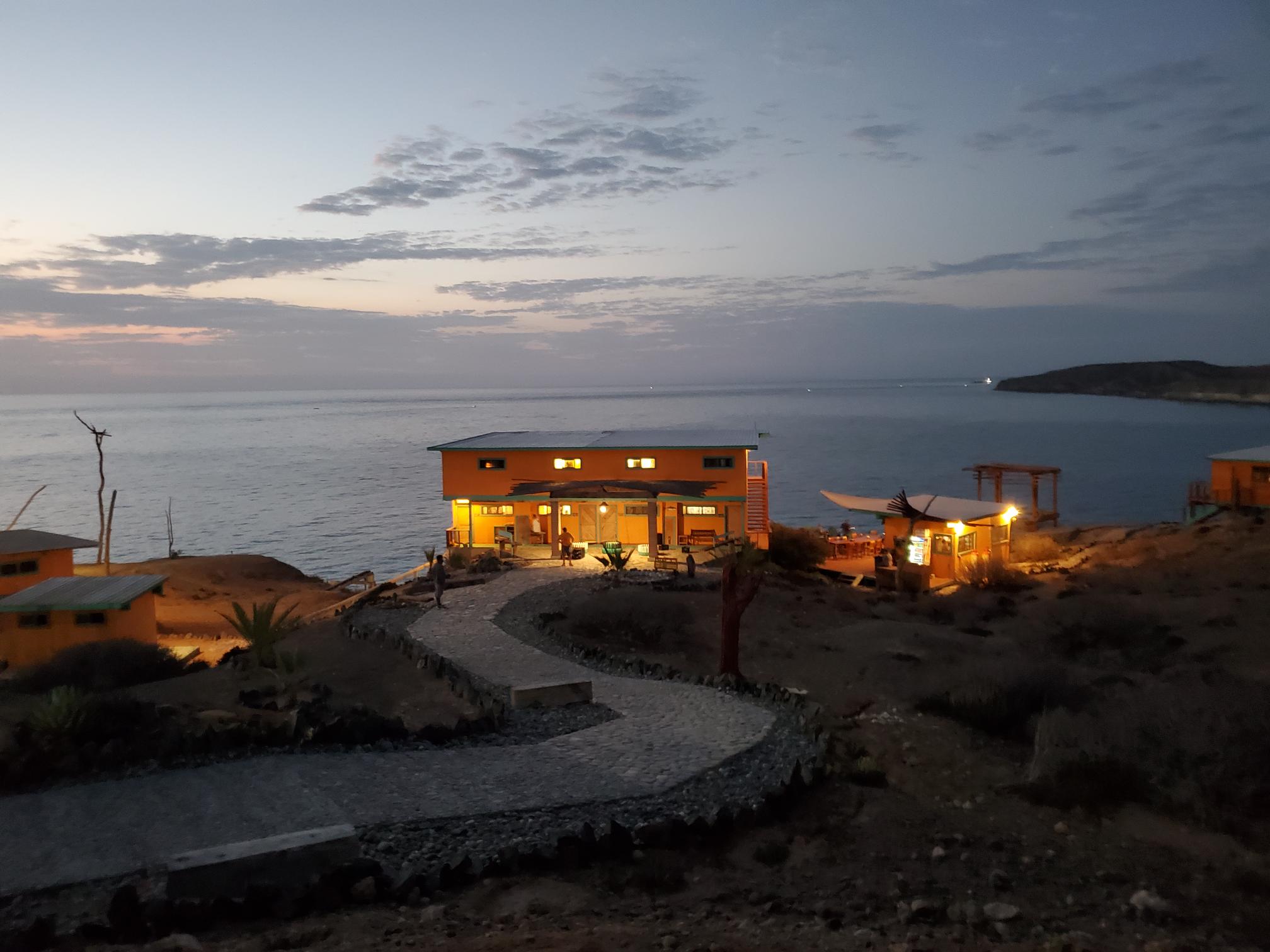 Day 4
Last day, short day with only a trip from 6-9am which was shorter than I had expected from the site and info. All four of us piled into Indy's boat and headed out to the day 1 area. Fishing was just okay with a few YT and lots of Bonita that we had to yard in due to the sea lions that were everywhere. A few boats got a Dorado or two but we never saw any. Despite that we had great time and the smart-assed energy and laughter went way up. I don't know that I'd enjoy full days with four fishing on a panga but for the morning session it was good to have all
my brothers together. The trip home was super easy and we got stateside faster than we anticipated. 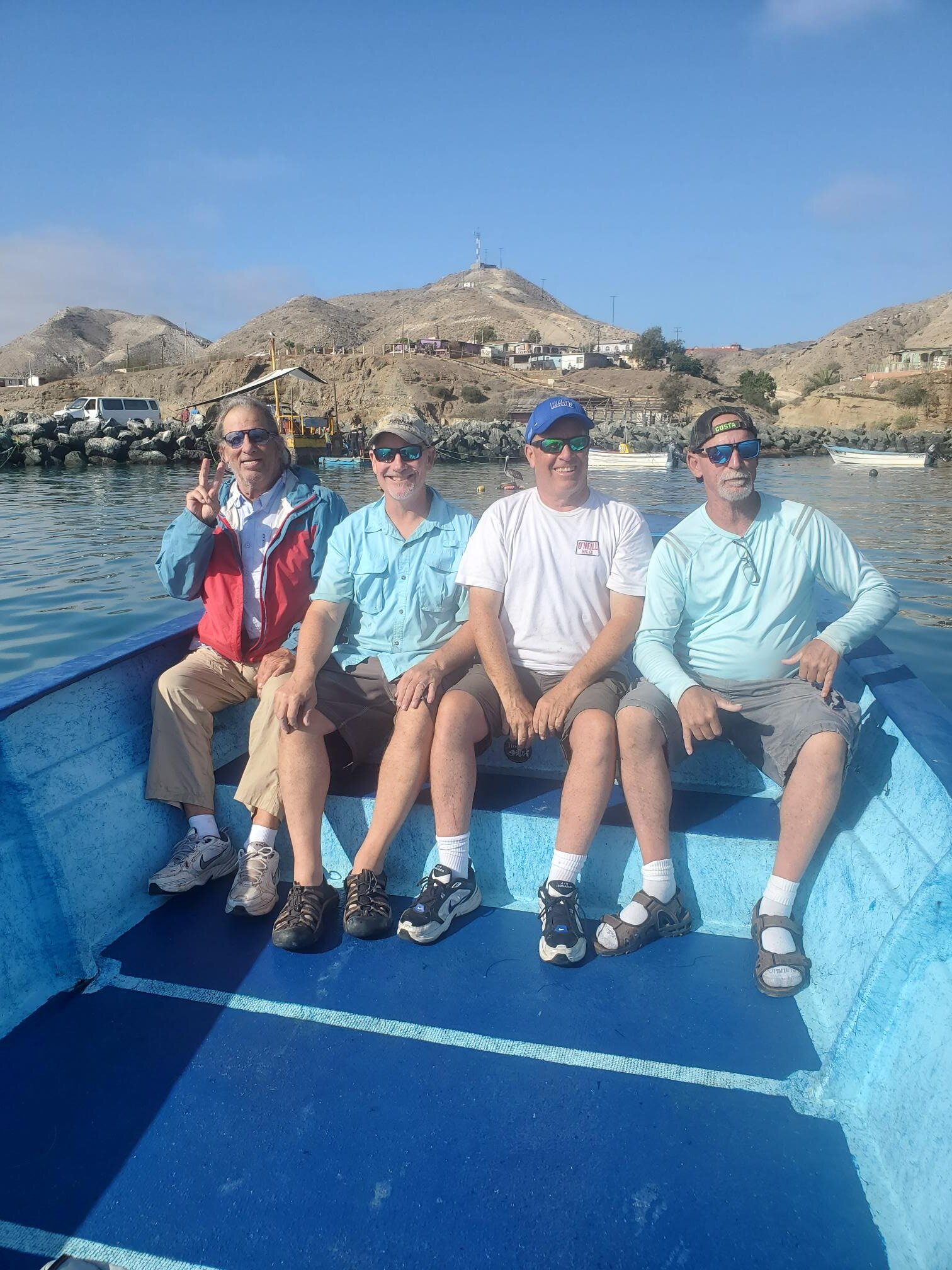 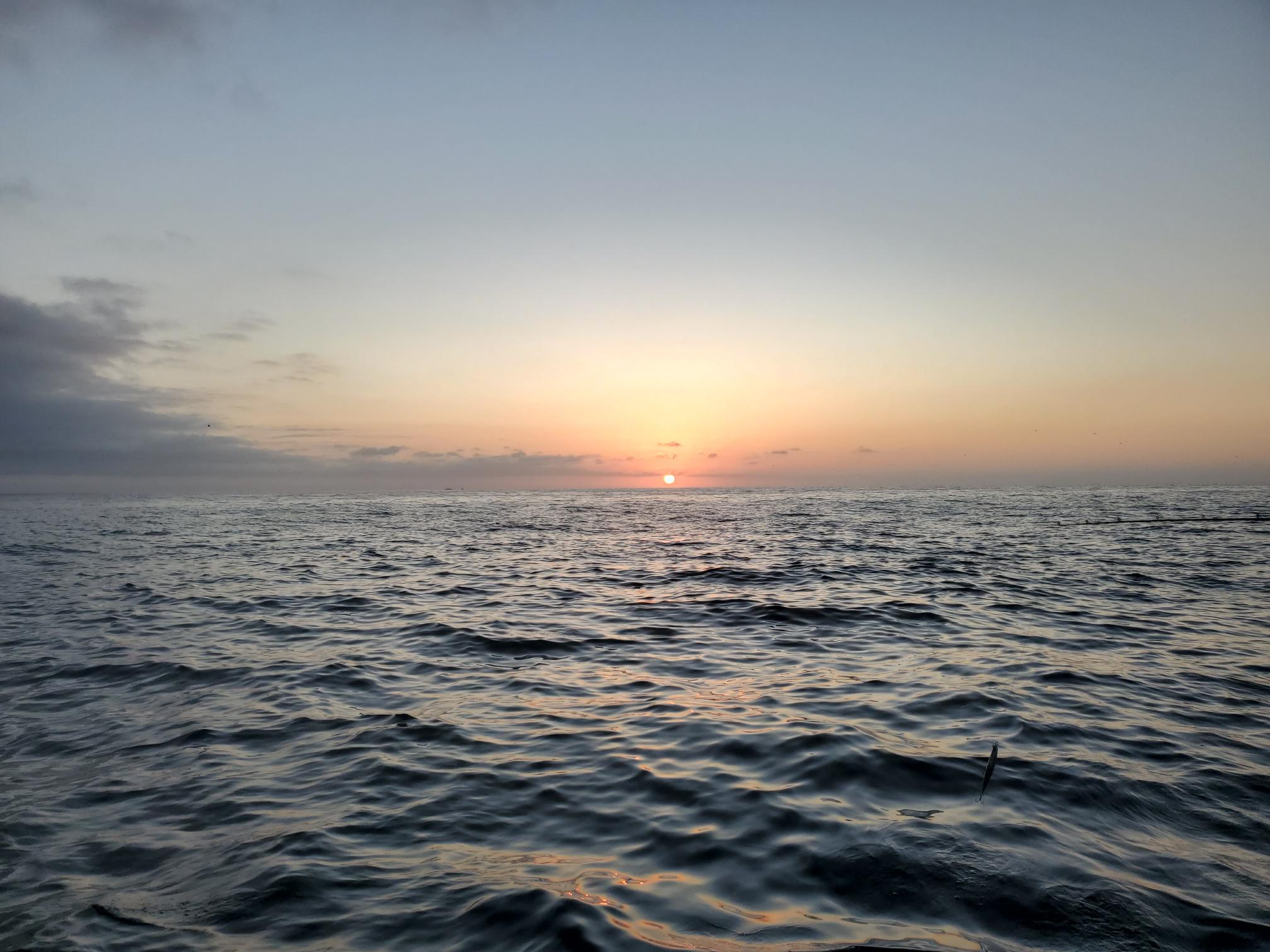 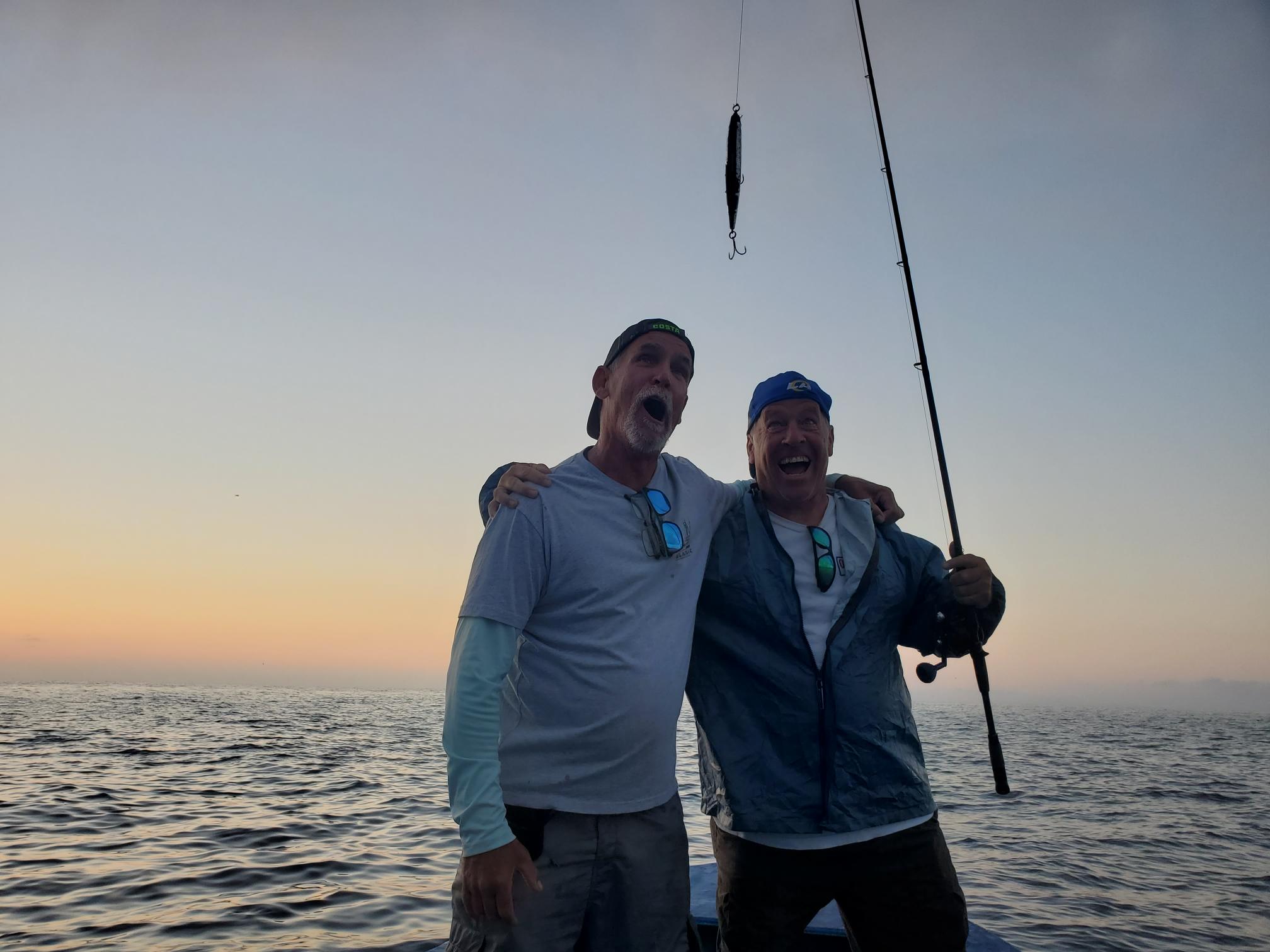 Great report, wish my brothers had my passion for fishing.
Reactions: grahams98 and repo805
Upvote 0

Great report/info/pics...and NICE FISH ALL
Nice tasty Black Seabass...lucky you. I all
my trips in Mexican Waters never hooked
one I could keep. That's fishing.

Glad
you all had a great time. Miss Cedros trips.
Reactions: grahams98
Upvote 0

Great trip and great write up. It's nice to see pictures of you guys. It sounds like the brothers had another awesome adventure!
Reactions: grahams98
Upvote 0

Wow! You guys had one fantastic trip! Thx for the report.
Toggle signature
Never let the truth get in the way of a good story!

NoLDR said:
Great report, wish my brothers had my passion for fishing.
Click to expand...

It is a huge blessing. When we were kids with no dad around and Mom at work, Patrick took that challenge on and showed us the ropes. Bouncing lead heads off million dollar yachts from Art's Landing skiffs in Balboa, city park Bluegill or climbing over barbed wire fences to sneak into rock quarry lakes for bass we did it all. LA & OC were different in the 70s and kids could get away with raising themselves

I only had the smaller mint and root beer colors in the box due to weight restrictions as I thought surface irons would be the ticket. They both worked good but the mint seemed to be best until Diablo Lobo decided he needed "Jewelery by Denis" in his upper lip.
Upvote 0

Good report. My partner and I have been fishing Cedros for the past three years out of four. We target Bass only. 3-4 # with an occasional 5-6 are fun, especially on the iron. We enjoy Cedros, but the wind is a limiting factor, as well as limits to taking tackle to, as well as fish home. Did I mention that we are getting too old to balance ourselves up in the bow, especially in short chop

. So I'm considering LA Bay, to fish cabrilla sardinera, with plastics, hard baits, and surface iron. Sounds like you have done both so would your rather, Cedros or LA Bay? Thanks.
Reactions: grahams98 and denis
Upvote 0

maguro51 said:
Good report. My partner and I have been fishing Cedros for the past three years out of four. We target Bass only. 3-4 # with an occasional 5-6 are fun, especially on the iron. We enjoy Cedros, but the wind is a limiting factor, as well as limits to taking tackle to, as well as fish home. Did I mention that we are getting too old to balance ourselves up in the bow, especially in short chop

. So I'm considering LA Bay, to fish cabrilla sardinera, with plastics, hard baits, and surface iron. Sounds like you have done both so would your rather, Cedros or LA Bay? Thanks.
Click to expand...

Both are great but having me next to my two brothers three wide in the back of Juan Cook's Parker in BOLA catching Cabrilla on nearly every cast was magical. Both are amazing target specific fisheries where the right cast was crucial but the BOLA Cabrilla are bigger and perhaps meaner. That day is probably one of my top five memories in life let alone fishing as my brother Pat was just coming back from cancer and we just didn't know if we would get another day in the sun to do that.

BTW: I just saw a YouTube video last night on the back side of Cedros with tons of kelp and Calicos that may have changed my opinion had we been able to go there.
Reactions: michael c day, maguro51, Dogman619 and 1 other person
Upvote 0
Show hidden low quality content
You must log in or register to reply here.