Hi guys. Going to spend a few days at the coast fishing the surf for halibuts and jetty/rocks for taco meat. Any words of wisdom besides watch for sneaker waves? Will be probably fishing bodega, up to Portuguese beach. Maybe up to ocean cove if I’m feeling it.
Thanks and tight lines.

Boat
The charter with the best price.

- Never turn your back to the water.
- Don't fish from wet rocks
- Use torpedo sinkers & circle hooks
- Bring some Magic Thread
- A long rope for a stringer is a must
- Concentrate on "taco meat", Hali's from the surf is a tough go.
- Know your size limits for Lings, Cabezon, & Greenling.
- A plastic bottle of frozen water keeps bait chilled, and is a cold drink as it melts.
- Point your rod to 12 o'clock and never stop on all your retrieves, prevents snags.
- Try to bring locally caught bait.

- Have fun & BE SAFE!!
Reactions: BornFisher and Peg North

Take a light rig and try to catch some small octopus at night from piers, docks, etc. Best live bait you can have. Secure the lid on whatever you put them in cuz those little buggers can pry up an ice chest lid and sneak out.
Reactions: Peg North and STANWOOD BOB

Can you post some pictures of the Bodega pier and surrounding areas?
I used to catch crabs off the pier in the hoop nets as a elementary school kid.
I'd get dropped off at the pier with my traps, bait and a lunch. While my parents camped.
Such great times as a kid.
Thank you for jogging memories from over 50 years ago. I'll bet that era has sure changed.
Good luck. I hope you get your Hali.
Expand signature
Reactions: Peg North

If you catch a lingcod with an octopus bait, don't be surprised if you see that octopus sitting on top of the lingcods head when your reel him in. I've caught 3 lingcod in a row on the same octopus. I let the little guy go after the 3rd. He looked a little traumatized, but jetted away in a hurry.
Reactions: 2tuna and Peg North

Do you hook the octopus in the mantle/head?

Peg North said:
Do you hook the octopus in the mantle/head?
Click to expand...

Yes. Right at the tip. Away from any organs. They are pretty tough and you don't need to be in very deep
Reactions: Peg North
B

Name
Should have been here yesterday

Dillon beach is a good bet for surf perch and stripers. You might want to check out Lawson’s Landing in Tomales bay, they used to rent little skiffs not sure if they still do.
The halibut are still biting in the bay as well as some strippers.
Good luck if you haven’t gone yet.
Reactions: Peg North
C

Benjis tipped with yayo is probably the best bet for nailing one of those bay strippers!
Reactions: bababooifish, Peg North, Proteus and 1 other person

Boat
The charter with the best price.

Well, I struck out on the beach fishing, but as usual the journey of discovery was fantastic. Sketchy night in the camper on Sunday night in the wind but after midday Monday, it was glassy conditions and warm.

I left my big heavy crab snare rods and reels at home (explains the lack of rockfish!), and decided to try light line and artificials. I had a great day exploring Portuguese beach and Dawson landing areas on Monday. Fished beaches and rocks near by. Didn’t get too aggressive on my rock spots, due to my age.
I tried little lime green grubs by Zoom with lead head, and drop shot. I liked how they swam; fish were less impressed but I can see why they work in more skilled hands.

I also used slightly larger, 4” Gulp swim shad/minnows in the same way. They sucked. I use big plastics on rock cod, ling cod, etc so I know how hook them. These just didn’t have any tail action and swam like a zombie. I like to use the gulp sand worms, but these were crap.

on Tuesday, I fished the commercial area and docks at bodega, then Doran, then a beautiful sunset session in front of my campsite at Westside. Used my small rapala and that was getting some chasers, but no biters.

I didn’t fish today, as the wind shifted to southerly, and drove on home. Next time, I will get after the octopus for bait and bring the big rods for a more conventional approach.

thanks for all the tips, guys. And Sealskinner, here’s some pictures of the bay. 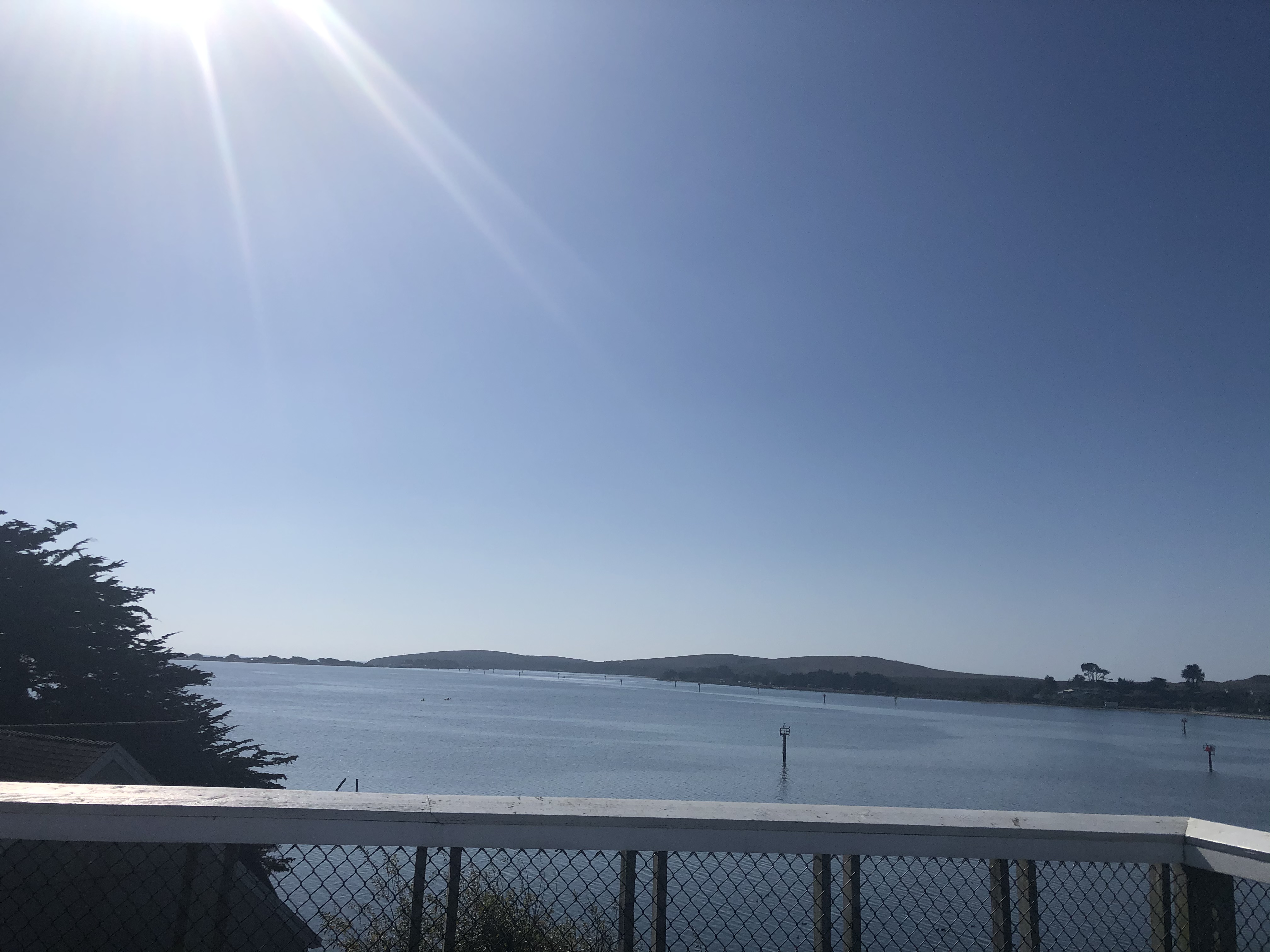 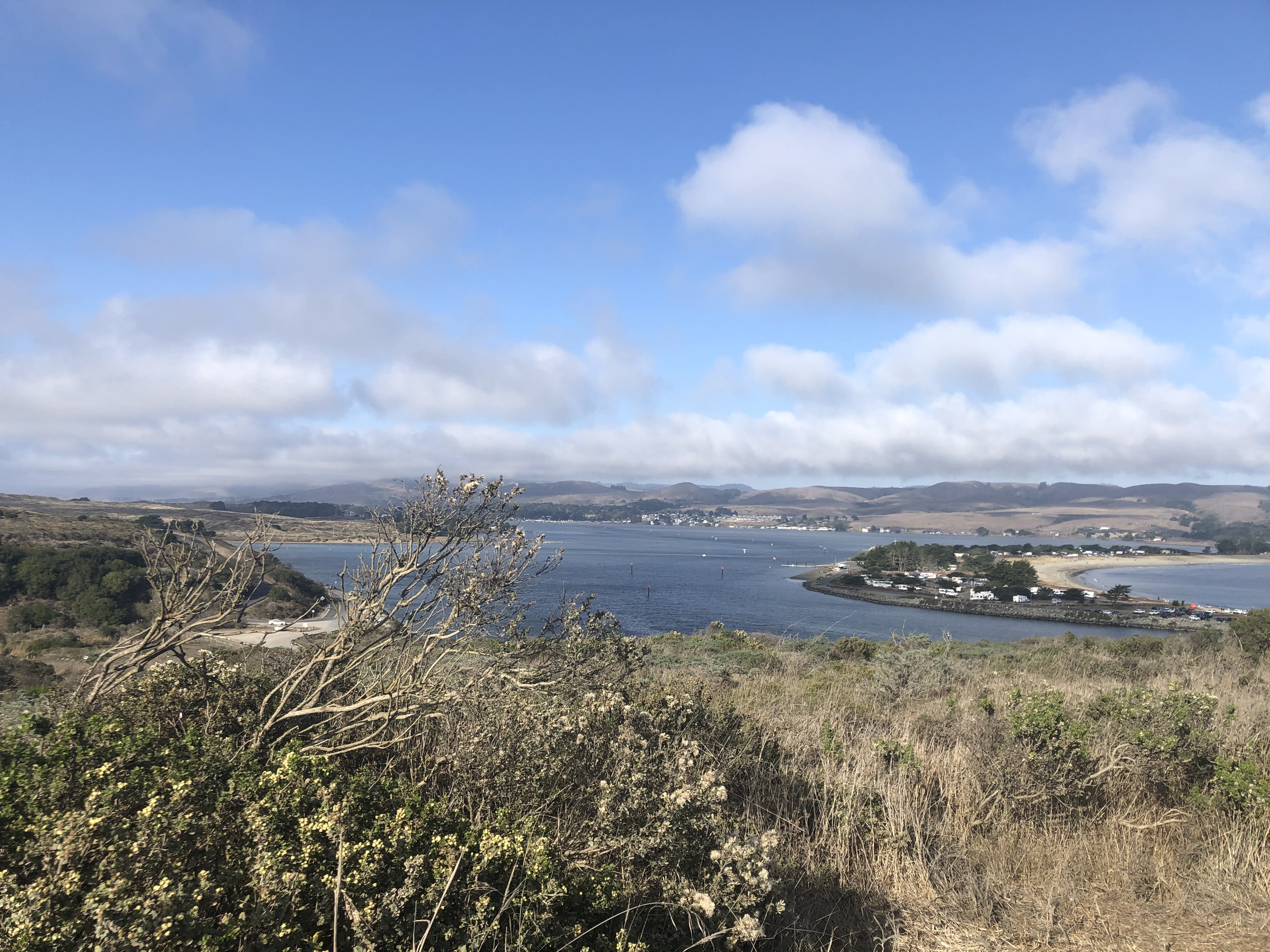 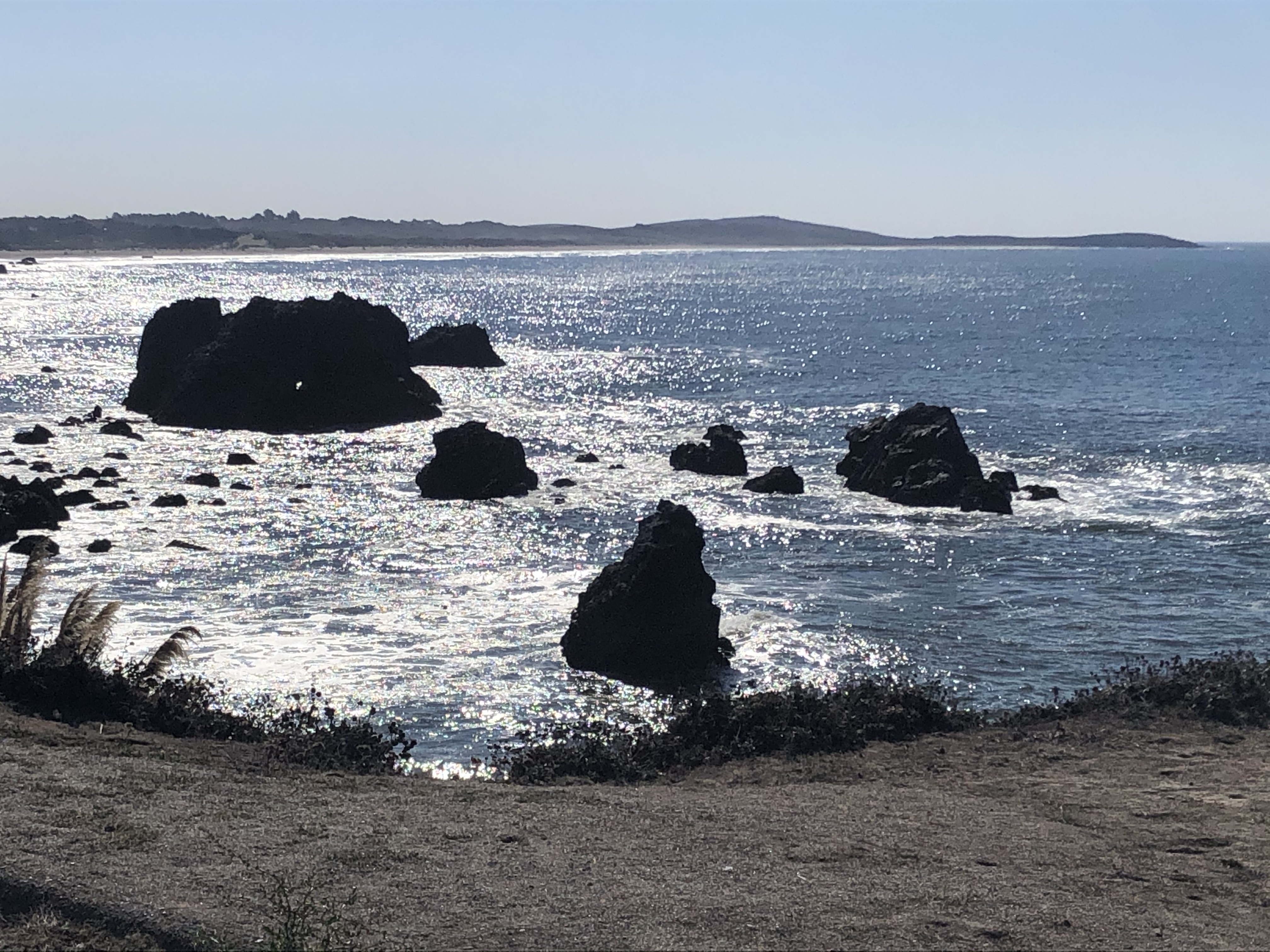 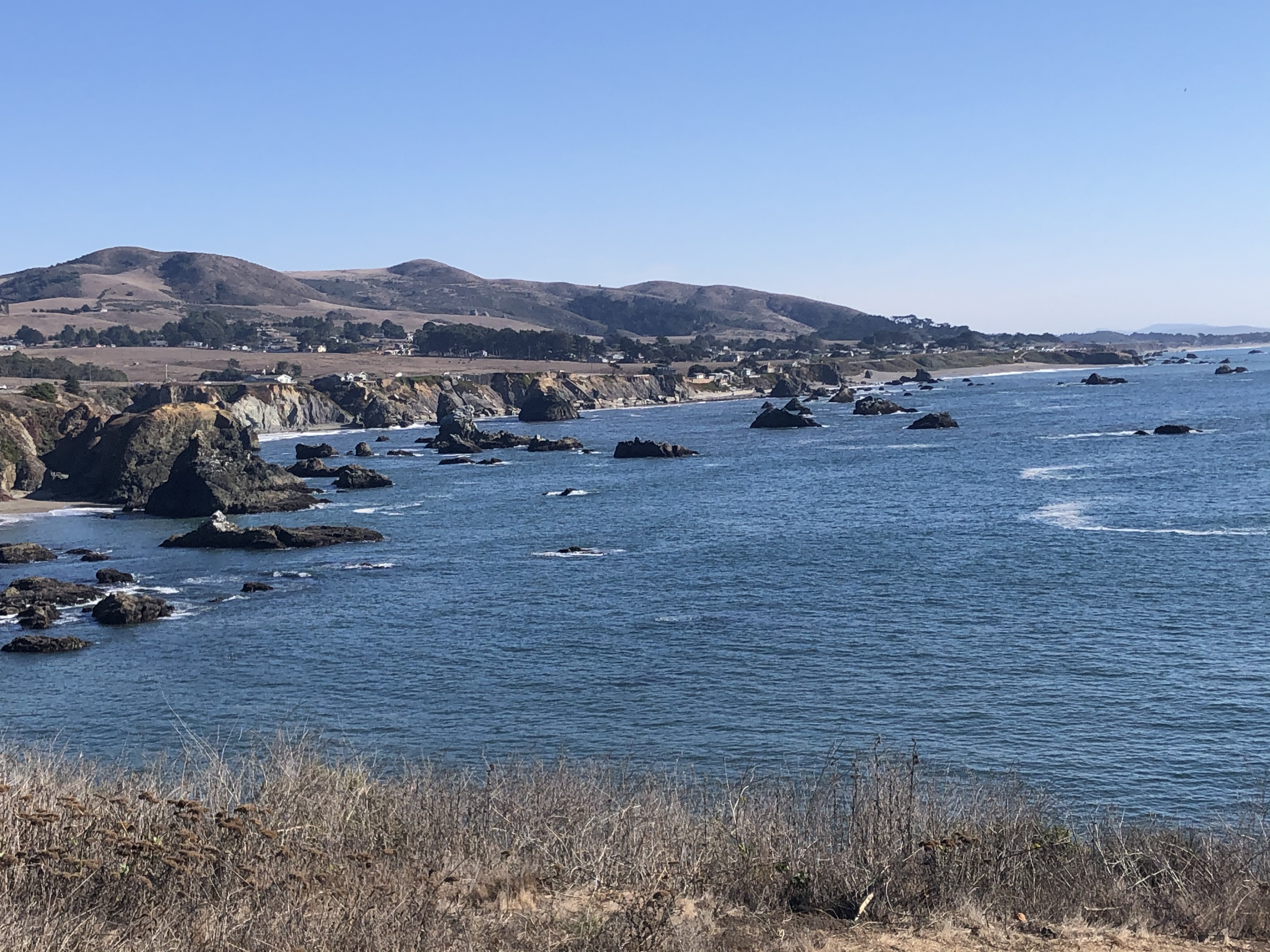 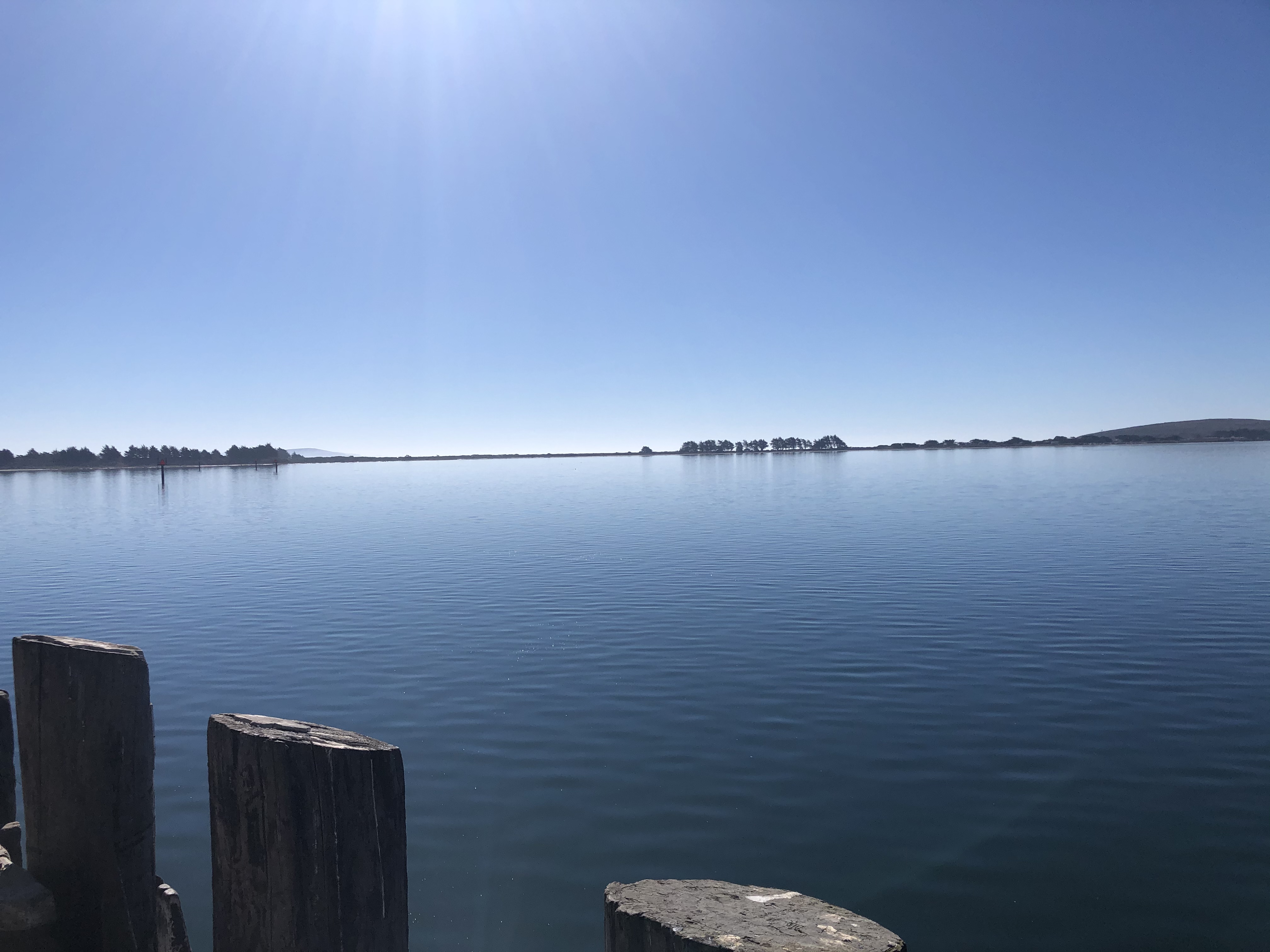