fishman27 said:
Went out Monday (8/1) with my dad and friend Andrew. Launched out of Davies and fished the Osborn / 499 area. There were a few boats out there but not a ton. Got two bites on the troll between 11 and noon. One got the better of us and broke us off in the motor, was able to land the second one though. After that the troll bite kinda dried up for us. Saw tons of foamers, but they no longer wanted to eat the troll. We abandoned trolling and started to cast lures into foamers.

Found an area with tons of fish and no other boats and got a 20lb fish at 2pm and a big one that taped out at 195 (my personal best bluefin and biggest fish i have ever caught) a few hours later. We tried a bunch of different lures, Snipers, poppers, stick baits, all the usual suspects, but the only thing that worked was a 240mm Chucho Lures Penis Stick Bait that my buddy recently had custom made for me

. Casted it right into the middle of the foamer and let it sit until it got slurped it up. The big one absolutely kicked my ass on a 10ft Ulua and Talica 16, but after an hour of getting my ass whipped, we sunk a gaff into it. Couldn't have landed that fish without my dad and Andrew moving the boat and helping me move around the boat. With 3 guys, gear, and two fish in a stuffed kill bag on a 19.5ft dual console there isn't much room to move around. It really takes a full team effort to land a big fish like that on a small boat.

Great day on the water with great people!

PS: Don't spend to much time staring at my dick!!

Did you borrow that lure from your wife?
Toggle signature
When I was your age, Pluto was a planet.
Reactions: thatsharkguy, Jaru22, John Stidman and 1 other person
Upvote 2

hucklongfin said:
Did you borrow that lure from your wife?
Click to expand...

No, but she seems disappointed with me ever since I brought it home

Is there an extended foreskin popping model?
Reactions: RodRage, fishman27, bajachild and 2 others
Upvote 1

fishman27 said:
No, but she seems disappointed with me ever since I brought it home

She's probably been buying cucumbers too but they're never in the salad!
Toggle signature
When I was your age, Pluto was a planet.
Reactions: Omarkayak, backlashjack, John Stidman and 1 other person
Upvote 1

Does this belong in the "Don't be a Dick" thread?

This is going to get jason really excited
Reactions: marlyn, John Stidman, fishman27 and 2 others
Upvote 1 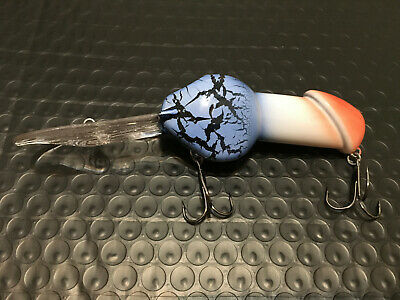 Y'alls' comments are classic to the bone.

No he dih-hint! Good fishin'!
Toggle signature
Sometimes you feel like you are absolutely fucked. But then you look at the situation again and it turns out you are only like 40% fucked. --Mingma Gbyabu Sherpa

She's probably been buying cucumbers too but they're never in the salad!

hucklongfin said:
She's probably been buying cucumbers too but they're never in the salad!
Click to expand...

they seem to turn into pickles real fast

Your BFT‘s probably have monkeypox! i Think I seen you out on the water. You rock a rainbow

Do you have a metric tape measure? Sure dont look close to a 196
Reactions: pacificscout
Upvote 0

fish&snow said:
Your BFT‘s probably have monkeypox! i Think I seen you out on the water. You rock a rainbow

Only in June!
Reactions: fish&snow
Upvote 0

How did you get your hands on an original Joe Biden jig?
Reactions: pacificscout
Upvote 0

This is going to get jason really excited
Click to expand...

Does it come in a black or yellow version? Big baits, big fish, small baits,
Reactions: ZZZZZ
Upvote 0
B