Offshore Bluefin already up north outside half moon bay

Seen on Bayside of few bluefin hooked up out at gumdrop. I know they are in Morro Bay. Hmm. I might just go peek. Weather permitting. If not I'll head south.

They probably have been there for at least a month now. They also have gotten a couple of dorado out of Ft Bragg
Reactions: John Stidman
Upvote 1
J

Been out a good 5 times so far this year and haven’t seen Em yet..but the last three times we had no SST shots to go off of and missed the water. The one day we went 10 miles past the donut and never found anything warmer than 61.5 , but I’m sure another 10 or 15 miles out that day, we would have found the blue water break and fish. BFT for sure and probably albacore and dorado too. That warm blue stuff has moved in and is holding at the donut now, was 65.8 at the Santa Lucia bouy when I checked this morning. With as much BFT and dorado as there’s been in so cal this year, and the fact that they are catching quite a few randoms of both on albacore gear up in Northern California, makes me think we probably have some good fishing on the central coast in the near future. We really need a spotter plane to go out and give intel.
Reactions: CAWhaler1090, thatsharkguy and John Stidman
Upvote 1

Looks like some good clean water and warm water only 19 miles from PSL, see below...I don't care who gets em, I hope someone does!! 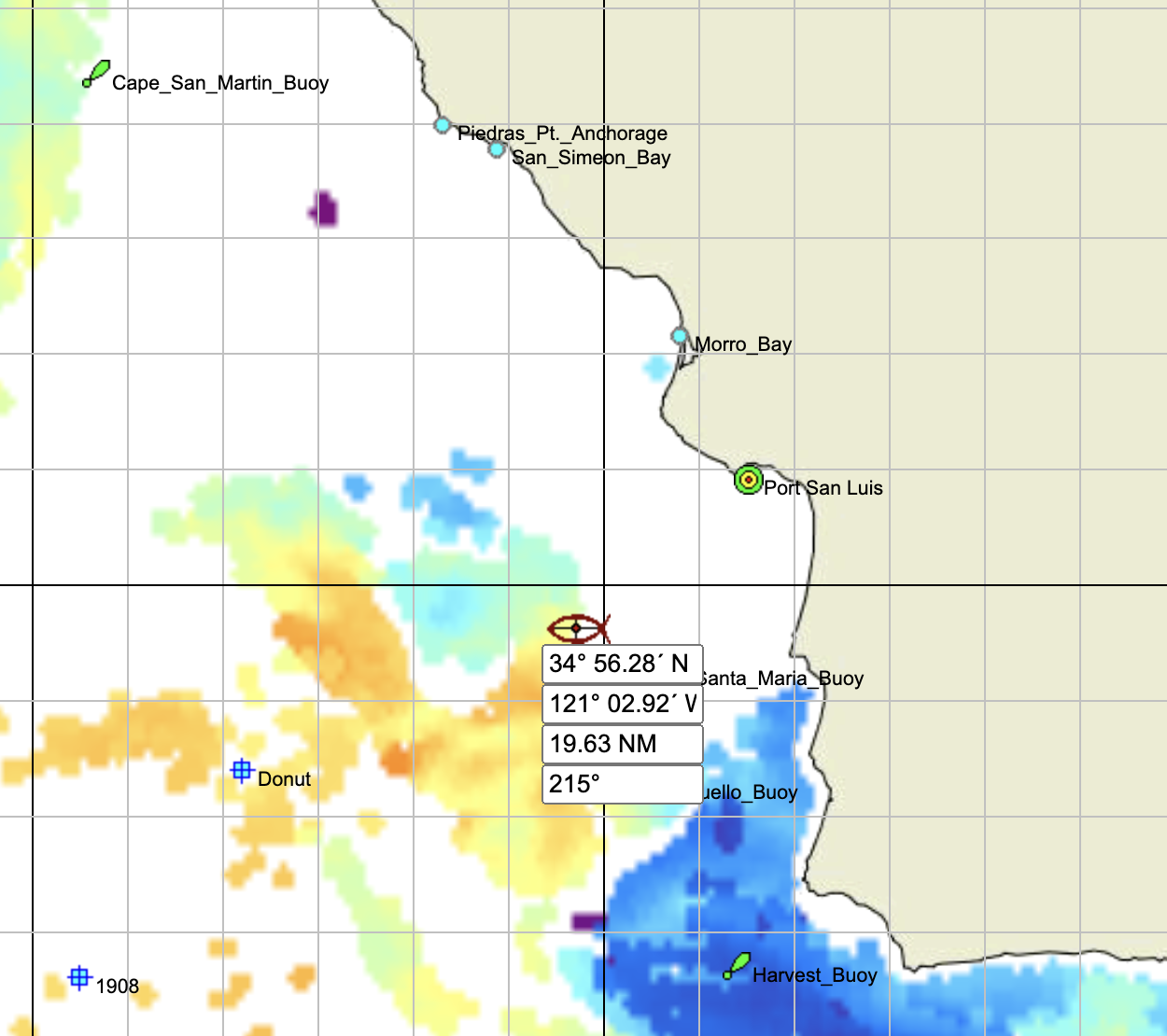 Hey John, How did it go. we went out of CIH on a sporty yesterday. We saw them, but were only able to hook the bluefin on 20lb- 40lb line. None were landed. Give me a call.
Toggle signature
[SIGPIC][/SIGPIC]
Upvote 0
Show hidden low quality content