Set out for Halibut, not a scratch, called it quits at 115 PM.
Did manage this slug that weighed 69.1 pounds at the Redondo Bait receiver.
3-way swivel with sardine 3 feet from 8 ounce torpedo.
60-65 feet, around 8AM this morning. 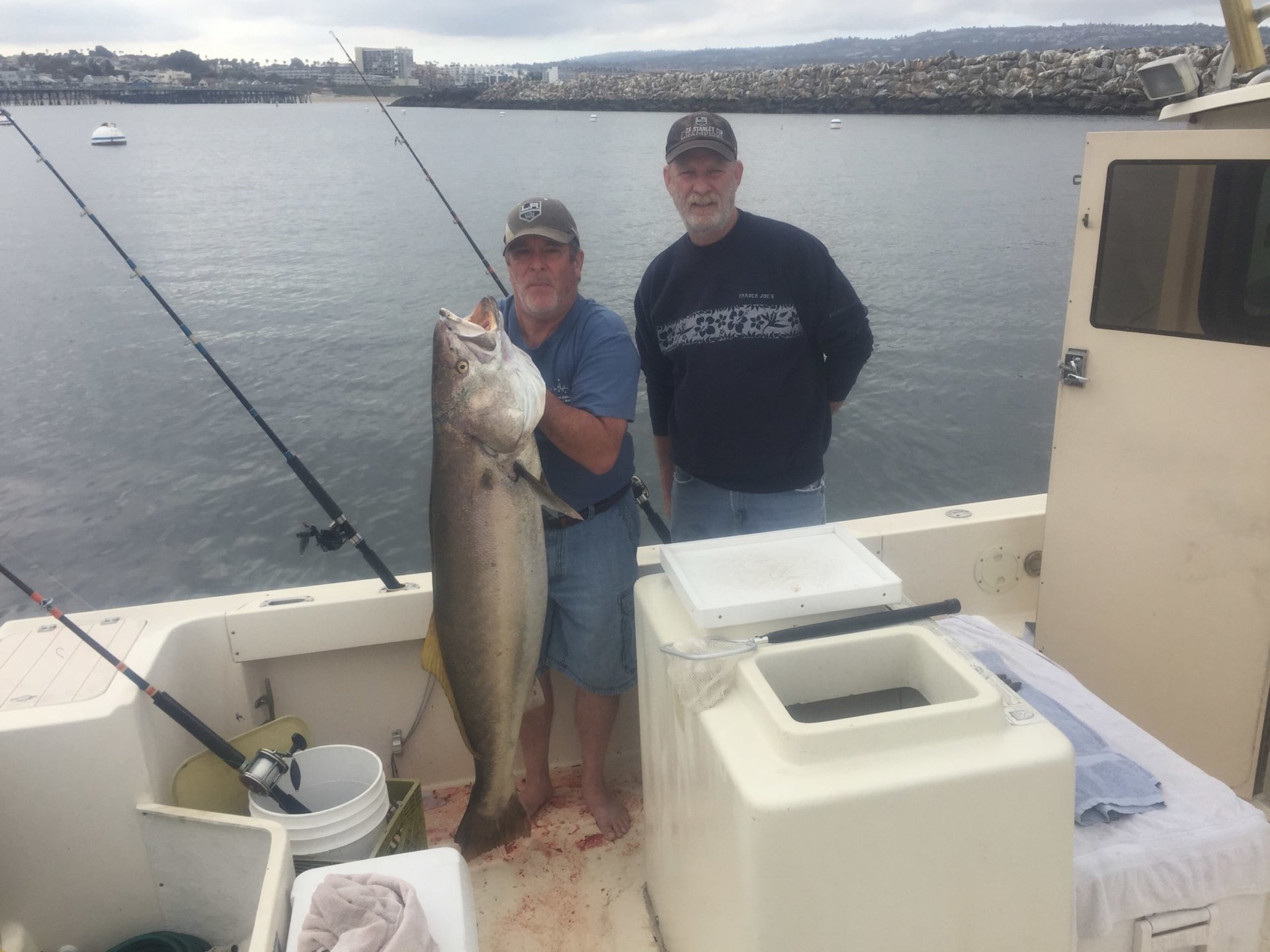 Boat Name
none yet

tanker for sure!
Upvote 0
S

I love halibut fishing!
Toggle signature
“It is no crime to be ignorant of economics, which is, after all, a specialized discipline and one that most people consider to be a ‘dismal science.’ But it is totally irresponsible to have a loud and vociferous opinion on economic subjects while remaining in this state of ignorance.” — Murray Rothbard
Reactions: cortezpirasea
Upvote 0

Toggle signature
"When beholding the tranquil beauty and brilliancy of the oceans skin, one forgets the tiger heart that pants beneath it; and would not willingly remember that this velvet paw but conceals a remorseless fang." H.M.
Upvote 0

I thought most people wouldn't post such a catch same day!?

Wow, the beast must have been feeding on the escapees from the receiver! Outstanding!
Toggle signature
C-Level
Upvote 0
O

I am going to fish the receiver more often.
Click to expand...

I think King Harbor is not even 30' deep anywhere at the deepest point, Let alone 60-65' deep.
Reactions: Jon-no-h and dalurker
Upvote 0

Think he weighed it at the receiver , hog nevertheless
Upvote 0

I am going to fish the receiver more often.
Click to expand...

I was fishing outside of King Harbor, yet close enough to run in and have the fish weighed. Normally the scale is at the Redondo Sportfishing office, but it happened to be at the Redondo bait receiver. There were 2 other boats in the same area I fished to catch the WSB. Look for the porpoise chasing and or working bait into a ball, nuff said.
Toggle signature
Luck is where planning meets opportunity.
Reactions: Zika, slapazz and FishinMcNuggets
Upvote 0

It's been awhile George, and I hope you're doing well, thank you.
Toggle signature
Luck is where planning meets opportunity.
Upvote 0

Thanks for sharing
Upvote 0

Well done John!
Toggle signature
Many men go fishing all of their lives without knowing that it is not fish they are after." ~ Henry David Thoreau
Upvote 0

Nice one John. Beast WSB. That fish makes you look shorter than you really are.

Toggle signature
"Life is a one time offer, use it wisely"
Reactions: wils
Upvote 0

Here's the other details Chris.
I couldn't have caught the fish without my fishing partner Bryan!!!
Fish hits and it's and it's chaos immediately! Fish is tangled in the other 3 sticks fishing lines annnnd the drift-sock, yes the wind was up early. We carefully untangle the line from the drift sock, then the first fishing line, then the second fishing line, and finally the third fishing line.

I thought it was a T at first only to realize I couldn't feel and T-tail against the line, but nevertheless we had to chase down the fish. After 10 minutes of chasing the fish with Bryan driving the boat I realized no T today. Then I thought it was a big BSB only to find that was not the case either. Finally, color at 15 minutes and yelled to Bryan "it's a fucking big WSB, get the fucking gaff!".

A couple last circles and my fishing partner stuck the WSB, and we, YES WE, hoisted the brute onto the deck with a huge fucking THUD. It felt like something had collided with my boat. Believe it or not that was the only hit we had all day until we called it quits at 115. After a few pictures, and weighing the fish we put all the bait in one side of my 80 gallon split bait and dropped the PIG nose-down in one side of the bait tank to bleed out. Once we got back outside the harbor and were drifting for Halibut again we hoisted the fish out and iced it down closing the lid of the ice-chest with the tail hanging out a smidge. The weather was crisp in the early morning turning to spectacular up until the time we quit. Water temp was 60.5 where/when I caught the WSB with Porpoise and fin bait everywhere. Called in a couple boats that were within a few miles for some photo ops. All in all any day fishing . . . .
Toggle signature
Luck is where planning meets opportunity.
Reactions: LEC, One_Leg, strackle99 and 5 others
Upvote 0
Show hidden low quality content