Believe it or not! Post your impossible catch stories here.

In another thread here...
https://www.bdoutdoors.com/forums/threads/2-fish-1-hook-and-a-gaff-gaffe-10-11.730260/
… there are some good stories of impossible catches. Well I have a fresh one from just last week...
Last Tuesday I hired a panga to fish dorado in Mexico, we were trolling along and put a nice 25# bull on the deck about an hour into it. It was a blast with the fish providing all the acrobatic entertainment the species is known for. I brought the fish up on the port side and leadered it with my left hand getting 2-3 good wraps before laying it out for the gaff. Then a few minutes later we caught another fish, this one felt small and never broke the surface, it turned out to be a small shark (looked like a smoothhound to me if they have them there). Then again another one, same deal, came in easy and never surfaced. The third time around I was getting complacent with these things and brought it quickly to boatside, this time starboard. When it came to color I could see it was another big dorado. Something wasn't right, this fish came in way too easy, like he didn't even know he was hooked yet. Since this time the fish was to my right I couldn't get to the leader. The pangero was a little short guy with stubby little t-rex arms, I could see he wasn't going to even try to grab that leader, he was about to stick a gaff into a totally green 25-30# dorado with no control whatsoever. I started shouting "No, no" but it was too late. Holy crap that fish exploded when it felt that sting! Away it went, gaff and all, damn near pulling the skipper over the side. Down down down it went and then surfaced about 75 feet from the boat. It was easy to keep track of, it was the only dolfin out there jumping around with a four foot gaff in it's back

Now this "gaff" was a total ghetto DIY deal made from an old cut down rod with Hypalon grips fore and aft of the reel seat. This turned out to be a good thing.
I worked the fish back to the boat, this time to "my" side where I could be in charge. I wasn't about to let the captain near it, I got a couple wraps on the leader and pulled the whole mess up, what came into view had me shouting in disbelief, I believe I said "Holy Shit!"

The line had wrapped several times around the gaff handle digging in nicely to that soft Hypalon. The fish had thrown the hook but the very tip had ever so gently pierced the gaff handle. The gaff was still in the fish. The only thing holding it all together was pressure. Awesome.
So that's how they do it in Zihuatanejo, line to gaff, gaff to fish.

I caught 2 barracuda at once a couple of weeks ago on a 10 day. I hooked up yoyoing a JRI 66 and got it to the boat. Another 'cuda tried to take the jig out of the first ones mouth and got hooked so I bounced them both before the 2nd one could spit it out.
Toggle signature
When I was your age, Pluto was a planet.
Reactions: thefishcatcher, kbray001, Tackleho619 and 1 other person
Upvote 0

A friend of mine caught a green sea turtle off fiesta island with me, one December night.
That was unbelievable
Reactions: kbray001
Upvote 0

Is this thread about fish ir STD's?
Toggle signature

I once had a small dorado suck in my bait and blow it out it's gills. Then another dodo picked it up and I had a double on one bait.....
Reactions: Saponi73, kbray001, Tackleho619 and 3 others
Upvote 0

7 'dines short of a full scoop

We were fishing for 1/2-day yellowtail out of Seaforth and the boat was packed. My buddy and I are fishing from the second row. He hooks up a yellow using his Penn Jigmaster 500 and it starts pulling line. As he started to crank the side-plate screw on the right side was loose so the right side handle and all just came off in his hand. Then his spool fell to the floor of the crowded boat and just sat there spinning like a top with the line peeling off from the spool up through all his guides and out the rod tip. I reached down and scooped up the spool loosely in my right hand. It was still spinning like a top. I looked at my buddy and said "On three. One, two, three" and somehow managed to get the spool back into the empty reel frame and he then managed to get the sideplate back on and tight. He landed the fish along with several more. But that was the tail of the day.
Last edited: Oct 22, 2019
Reactions: kbray001, pacificscout, One_Leg and 1 other person
Upvote 0

I caught a 50lb bluefin off the beach in IB with my bare hands....Im not joking... 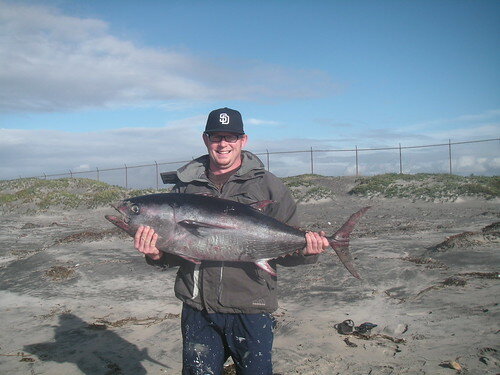 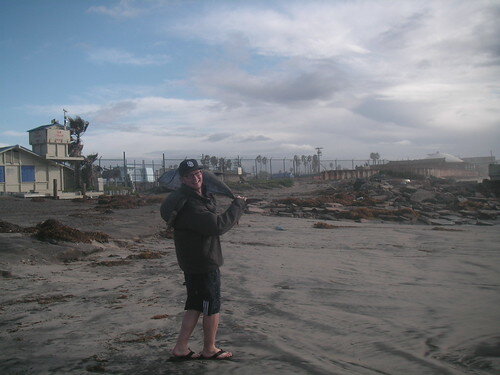 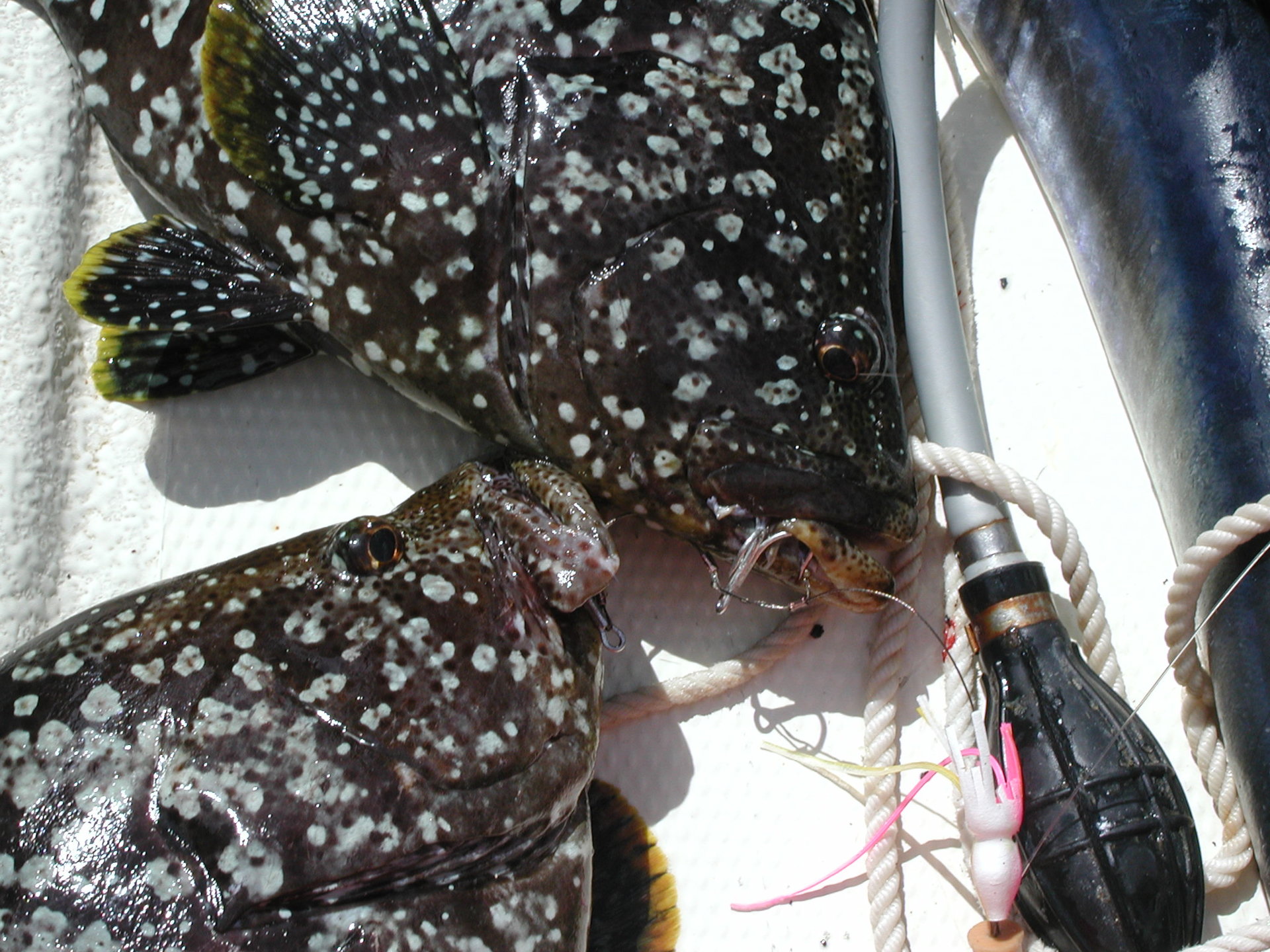 This a lure I made to catch needlefish, one of our favorite eatin' fish. It is a wire leader with a wooden bead covered with a small salmon hoochie. There is one hook just below the bead and another trailing 6" or so behind. The way it works the needle fish hits it and the long wire tangles around the beak.

As Ya can see here the "leather bass" of Clarion like it also. Look close, a twofer hahahaha
Toggle signature
Soup
Upvote 0

That is WILD
Upvote 0

I like how the dude said he didn’t want to be greedy and left with two. Actually two is the limit bro....
Reactions: Sdchronix
Upvote 0

yakdout said:
I like how the dude said he didn’t want to be greedy and left with two. Actually two is the limit bro....
Click to expand...

The best part was the dickhead lawyer that chimed in and said the bluefin actually belongs to the Mexican government and we should return them. I returned mine to the pacific via los bano.

we were in a red hot albie bite, with scattered little yft mixed in on the surface. it was so wide open the fish were hitting the boat, literally. we plugged the boat with 30lb albies. I started messing around and put live baits on the gaff , and put it in the water. I was hooking 10lb yfts, so I put 4 baits on the the gaff and free gaffed 2 yfts at once. it was crazy fish would chase bait to the boat and eat them on top of the swim step. we left them churning bait, looked like a washing machine.
Reactions: kbray001 and dctalk523
Upvote 0

yakdout said:
I like how the dude said he didn’t want to be greedy and left with two. Actually two is the limit bro....
Click to expand...

It wasn't in 2010
Toggle signature
Better to do battle and lose than not to do battle at all
Reactions: Sdchronix and eat'm_raw
Upvote 0

My family and I go the Lake Mohave near Laughlin every year and I tow my boat out there. 3 years ago, we beached the boat on a cove on a Friday. My boys were fishing from my boat while I hang out with the wife on shore. We were targeting Stripers. I see my youngest Bryce cast his line out and lay the rod down on the bow. Next thing I see his rod flips over and into the water. Thinking that his rod just fell, I walked over and couldn't see the rod anywhere. So I put on some goggles and started swimming near the front of the boat about 5 yards out where the water got a bit deeper. First I see the rod then went up for air. As I went back down, the rod was no longer under me. I then swam another 10 yards out then see the rod again at the bottom. At this point. The water was a bit too deep for me but I gave it one try to dive down. Came about 2 feet from the bottom and had to go back up for air. After that, the rod was no where to be found. Swam back to the boat and yelled at my son for being so careless with his rod.

Now the only thing left for him to use was my moms old spinner set that her and my dad used prior to her passing (fuck cancer). This was some walmart stuff that I picked up about 15 years ago as my parents enjoy fishing off Newport pier.

We fished that Friday to Sunday from the same cove for what turned out to be the most epic striper fishing we have ever had for all the time we had gone to Lake Mohave. At some point it was wide open. Bryce using my moms rod brought back so much memory of when I was a kid fishing with my parents. We didn't have much money so anything with a hook and line was good enough.

Sunday comes by for the last day of the trip. Around 5pm as we were about to leave, I decided to give it one last cast using my moms rod. Casted the line as far as I could. Soon as I was reeling up the line, I felt a snag on the line. I was thinking crap I snagged some weed at the bottom which happened often during the trip. So I just started to crank the line in then next thing I see was another fishing line was caught on my line. I was like no fucken way. I kept reeling in the line and eventually saw that I had caught Bryce's rod from the depth of the lake. It was truly unreal that my last cast of this epic trip turned out to recovering the lost rod using this old no name walmart spinner set. There was no fish on Bryces rod but the fishing gods returned it to us

Naturally there was a lot of lifetime memories made that weekend. 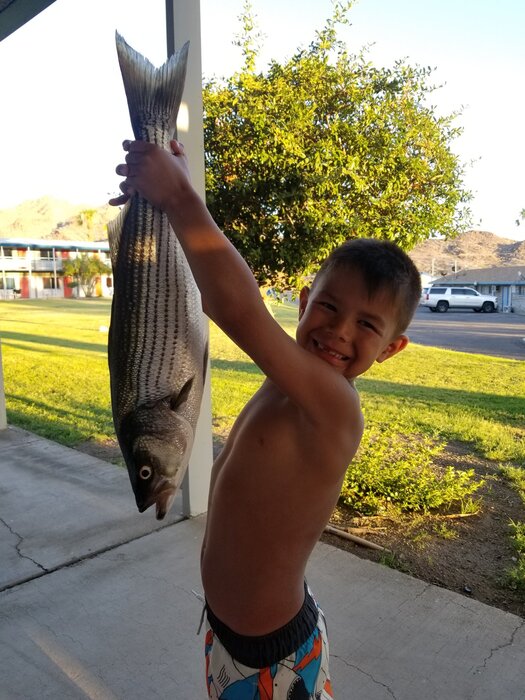 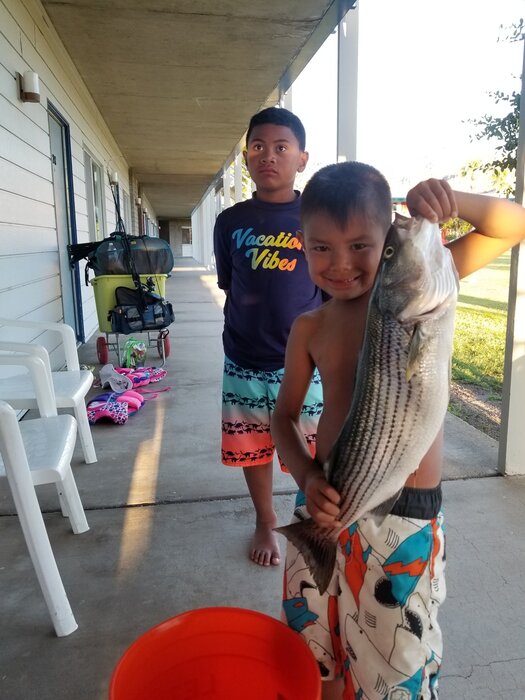 Just got these photos via whats app from Zihua, from the OP above ^^^^^^ 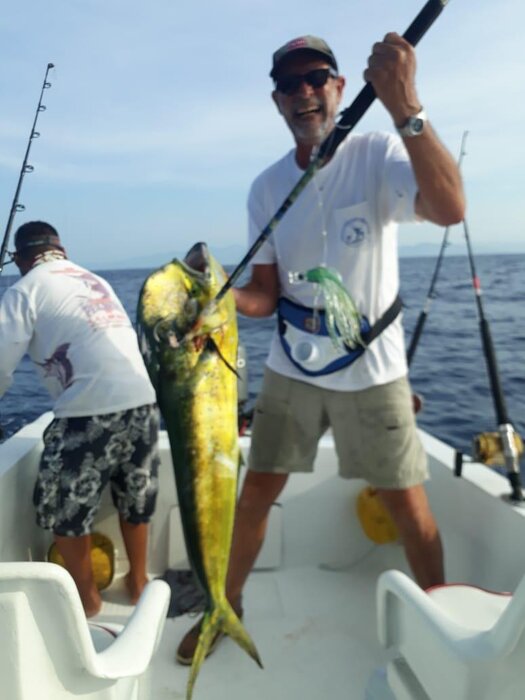 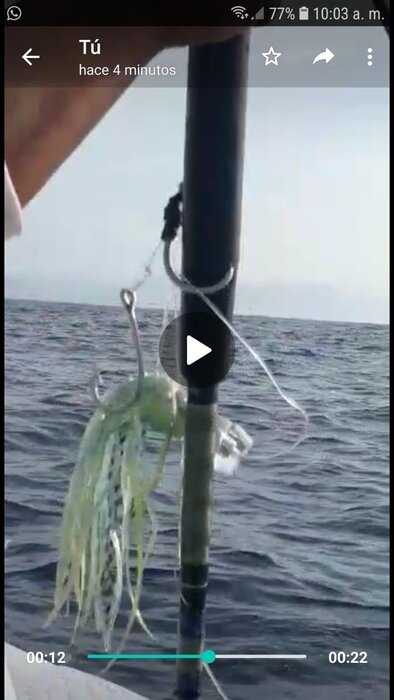