Me and 3 buddies just got back from BDLA, we left SD on 5/31, fished 3 full days and returned on 6/4. We drove through San Felipe on the 5 and made it in 9 hours towing a boat, smooth sailing all the way.
Day 1 was 6/1, we hit the big island and scratched a few smaller grade yellows on the yoyo, there were a few spots of yellows and bonita that would pop up but it was hard to get close and get a surface iron on them. We eventually gave up on yellows and fished the rocks at isla partida and got into some great cabrilla fishing. I hooked a biiiiiig one on my stick bait with my Stella 6k and couldn’t stop it, saw it for a brief moment at the surface and it was a monster, most likely a gulf grouper. There was no way i could stop it, i got absolutely smoked! A hell of an experience though. I also had about a 10lb Goldie follow my stick bait to the boat but just wouldn’t commit. We also got a few more yellows in the same spot casting into the rocks.
Day 2 was 6/2, and we heading north to the cliffs, scratchy fishing there but we were the first ones so we got a nice wsb and a reef donkey yt. We gave up on that spot and headed north a little farther for some snapper, we caught one and lost a nice barred pargo at the boat. We tried to salvage the day with cabrilla but the water rolled everywhere and they were just not having it.
Day 3 was 6/3, we went to las animas and we’re the only ones there. It was full speed yellows on the yoyo all morning, we filled out kill box by 830 and started releasing. Those guys averaged anywhere from 10-25 lbs, we got one reef donkey close to 30 in the 300’ spot, but most were in the 180-220 range. We went back to Isla partida and found scratchy cabrilla fishing but got a few keepers. Came back to las animas to find wind, current, and shitty green water. But the yellows didn’t care, they were still full speed so we caught and released for the next 2 hours, we released close to 30 total, probably the best yoyo fishing I’ve ever had. a
All in all great trip, as always. Water conditions really sucked though, hopefully it cleans up soon and the cabrilla do their thing again. When we left the fleet was fishing yellows right in front of the bay at horsehead. Surface iron, yoyo, and bait was all working. There was one boat that was making a run daily to San Lorenzo and got into some really good cabrilla fishing despite the green water, might be worth it if the water is still green. I hope this helps some of you, git some! 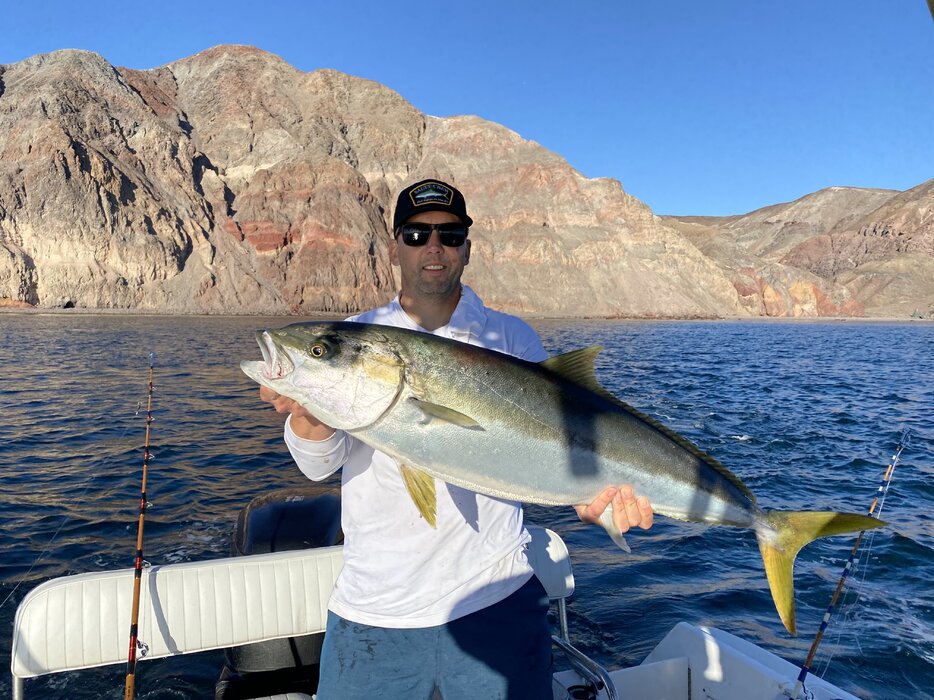 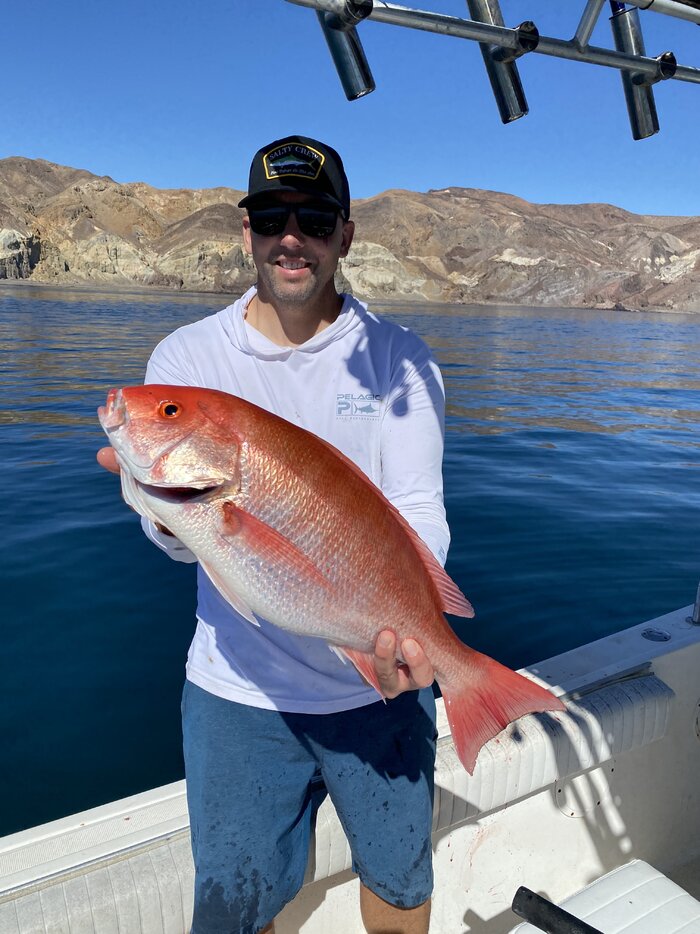 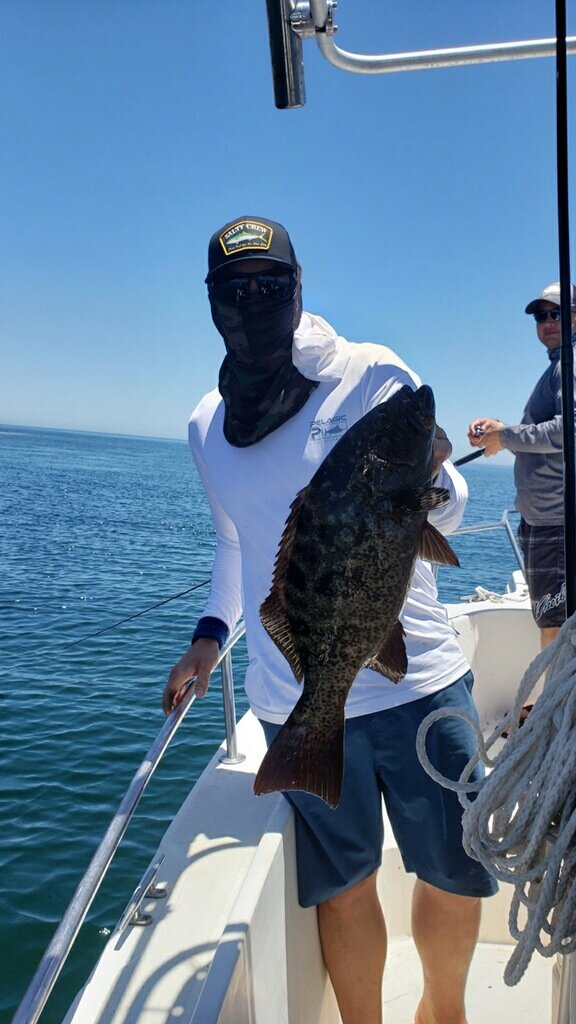 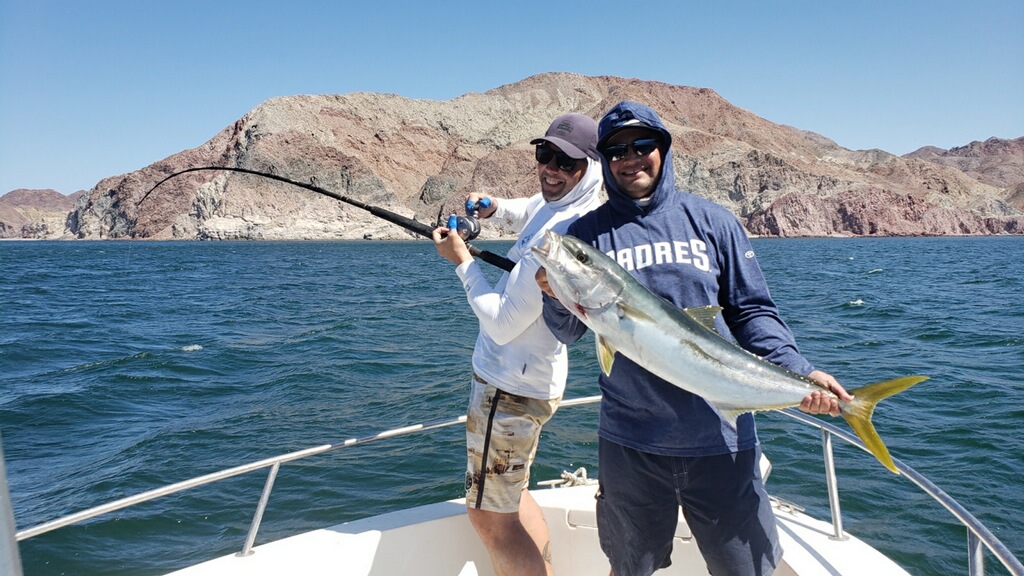 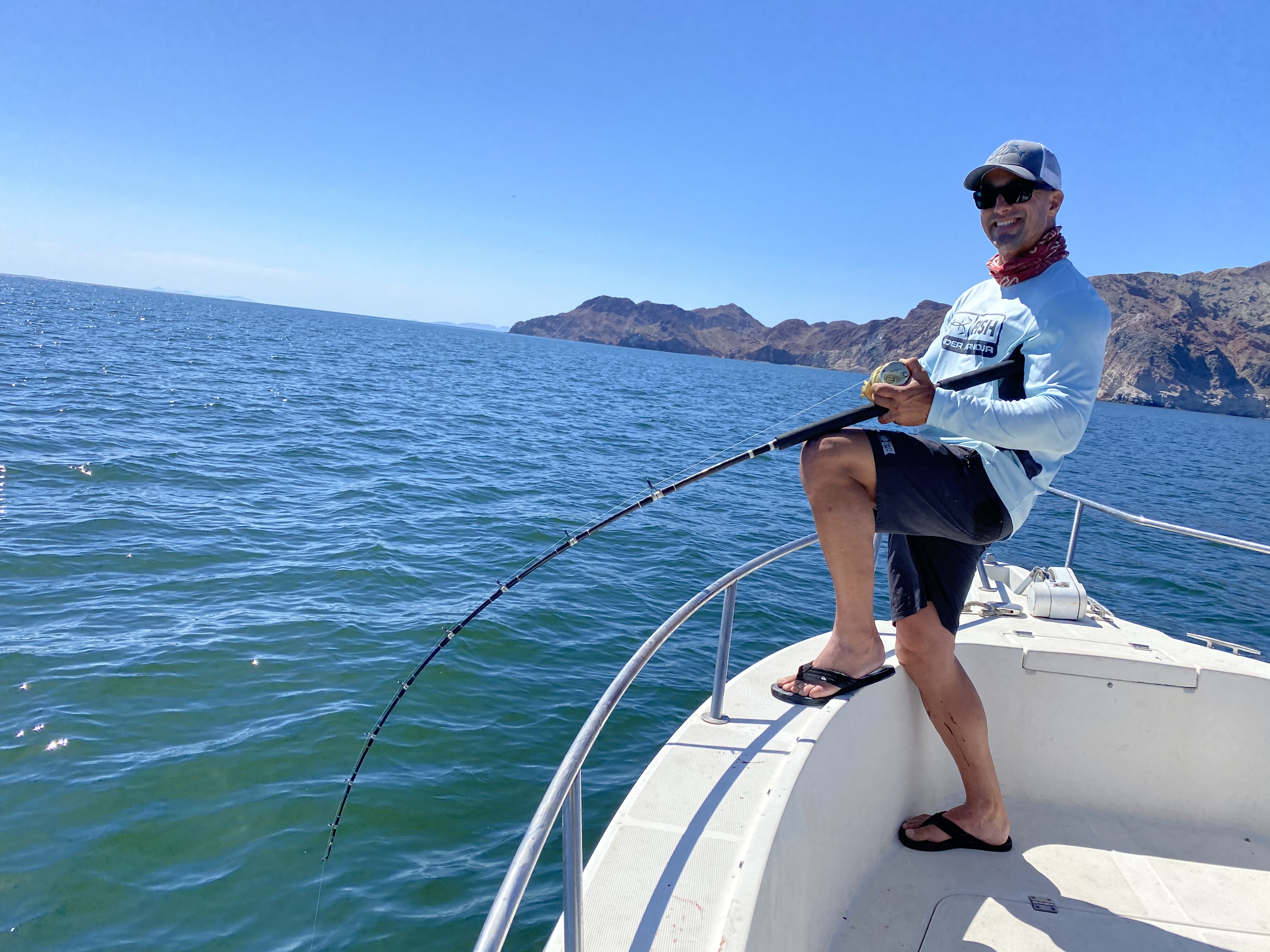 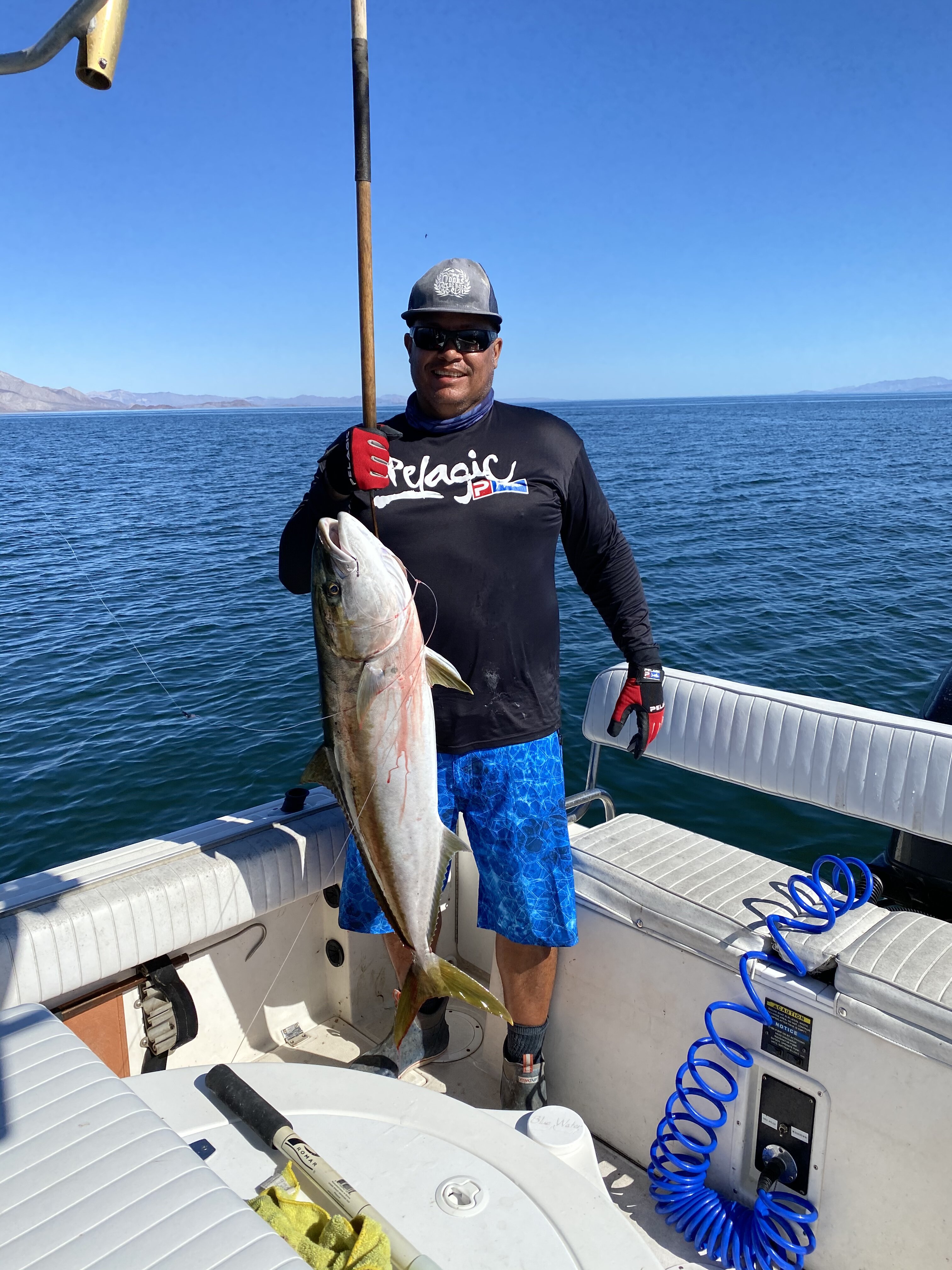 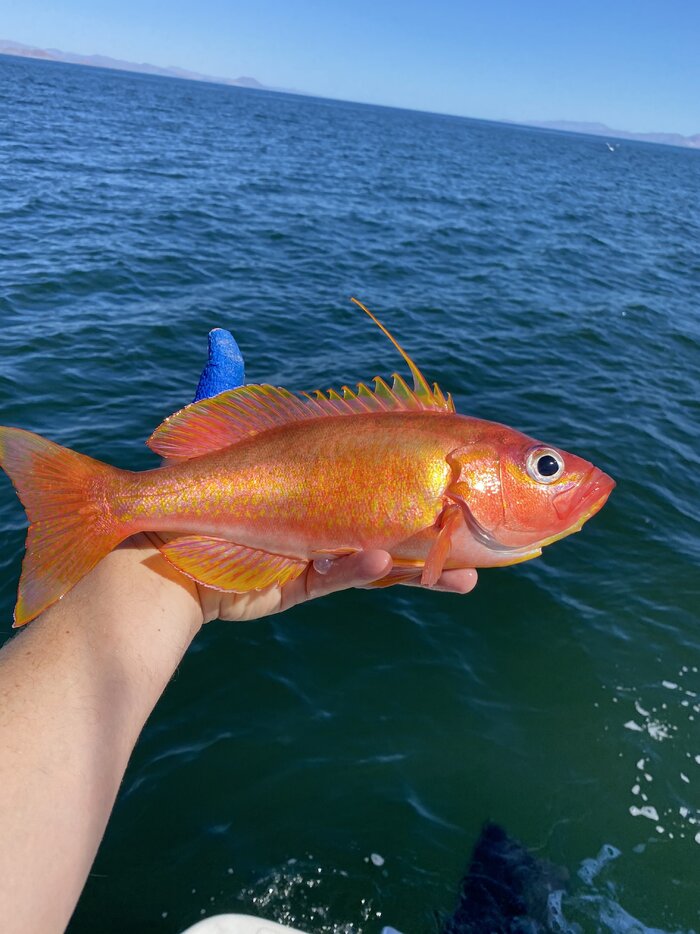 If 1st you dont succeed, failure may be your style

Nice report! Any jigs favored? Info would be appreciated. Heading down there in a couple of weeks.
Toggle signature
I suffer from a serious eye problem, I cant see working when the fishing is good!

There was lots of bait on top, like almost everywhere. The yellows we caught the first day coughed up loads of micro chovies so if you get them on the surface go with a smaller jig, color didn’t matter too much. For the yoyo, the Salas 6X was probably the top producer, but i would also take Jr’s too. They seemed to like the flutter action on the sink because i got bit almost equally on the sink as on the grind. Color didn’t matter, but i used blue/white, solid white, and scrambled egg. My buddy used mint and did well too. Good luck down there i hope the water cleans up !
Reactions: Tunahead, jsl and repo805
Upvote 0

Mother's Day with the wife out of la playita