Left dock in Hawaii Kai at 0500 with 120 pounds of ice on board and crew, Jon and Toby, headed for the deeper waters Lanai side of Penguin Banks searching for the ever elusive Ahi. Put two lines out with 9 inch jetted bullet lures to run fast for the trip out. Halfway across the top of the banks, 7:00 a.m. in 170 feet of water, starboard reel starts screaming, and the battle was on. We could tell whatever it was had some size, and I started thinking ulua given the shallow water location and fight. Finally we brought up a big kaku, and a mangled lure! Toby on the reel and Jon landing. Despite landing this predator without using a gaff, he had no chance of surviving his wounds (hooked deep in the gills), so into the ice box he goes. 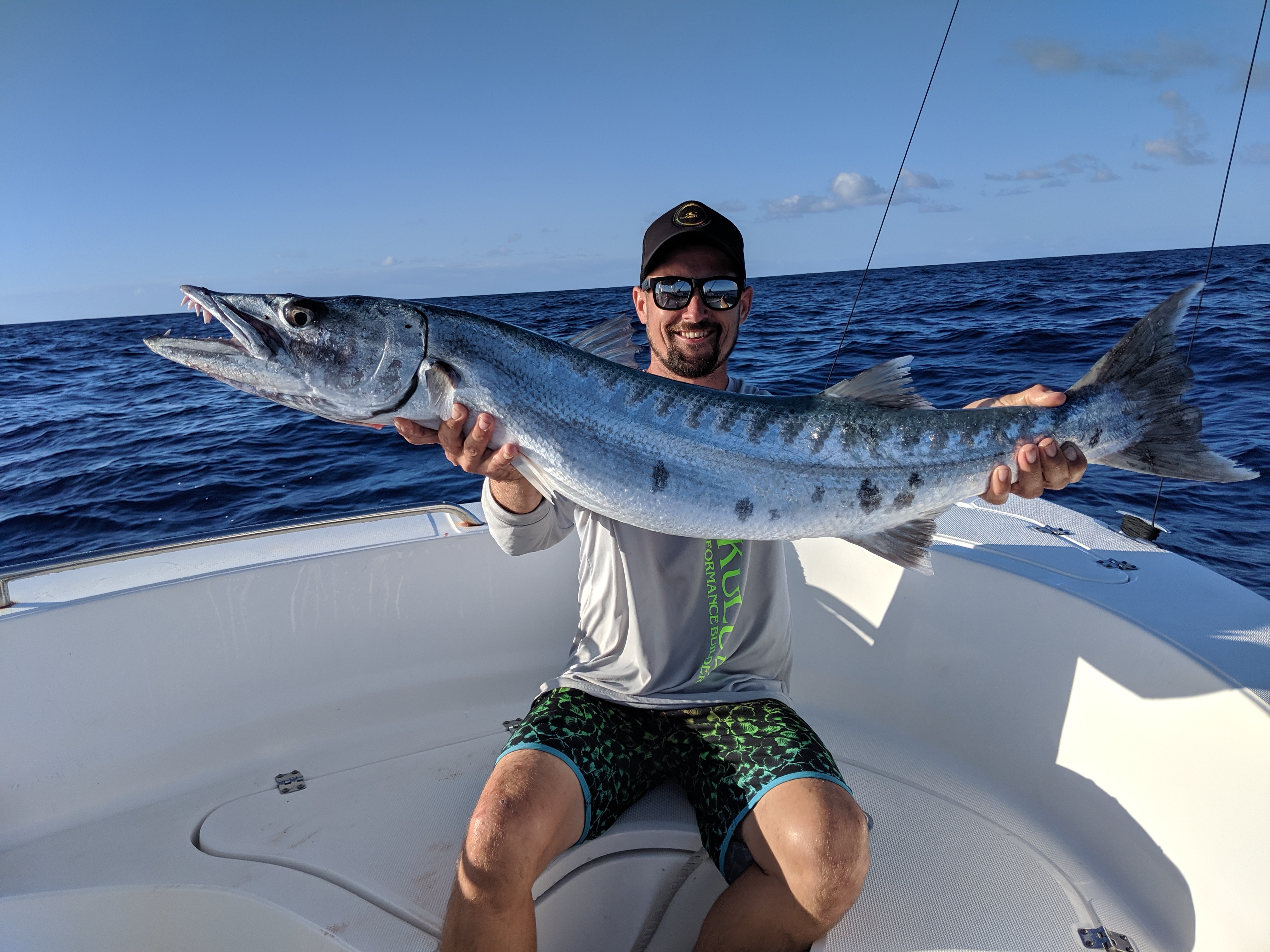 We continued on to the Lanai side of the banks setting lines just before 8:00, and trolled 300 to 500 fathoms, with the goal of running to P bouy before turning north. Set out all 7 lines, mix of 7 and 9 inch lures. Was it ever dead out there! No birds, no bait. Ugh. By the time we got down past the tip of the banks, discouraged, we decided to abandon the P bouy plan, and instead turned north to run back up the ledge Honolulu side, 50 fathom line around 10:00. We passed through several bird and dolphin piles, with no luck. Then missed a good strike on the outrigger. Finally, picked up a decent ono in the blind, around 11:00. Another mangled lure! An hour later, double ono strike, boated both! My poor lures. 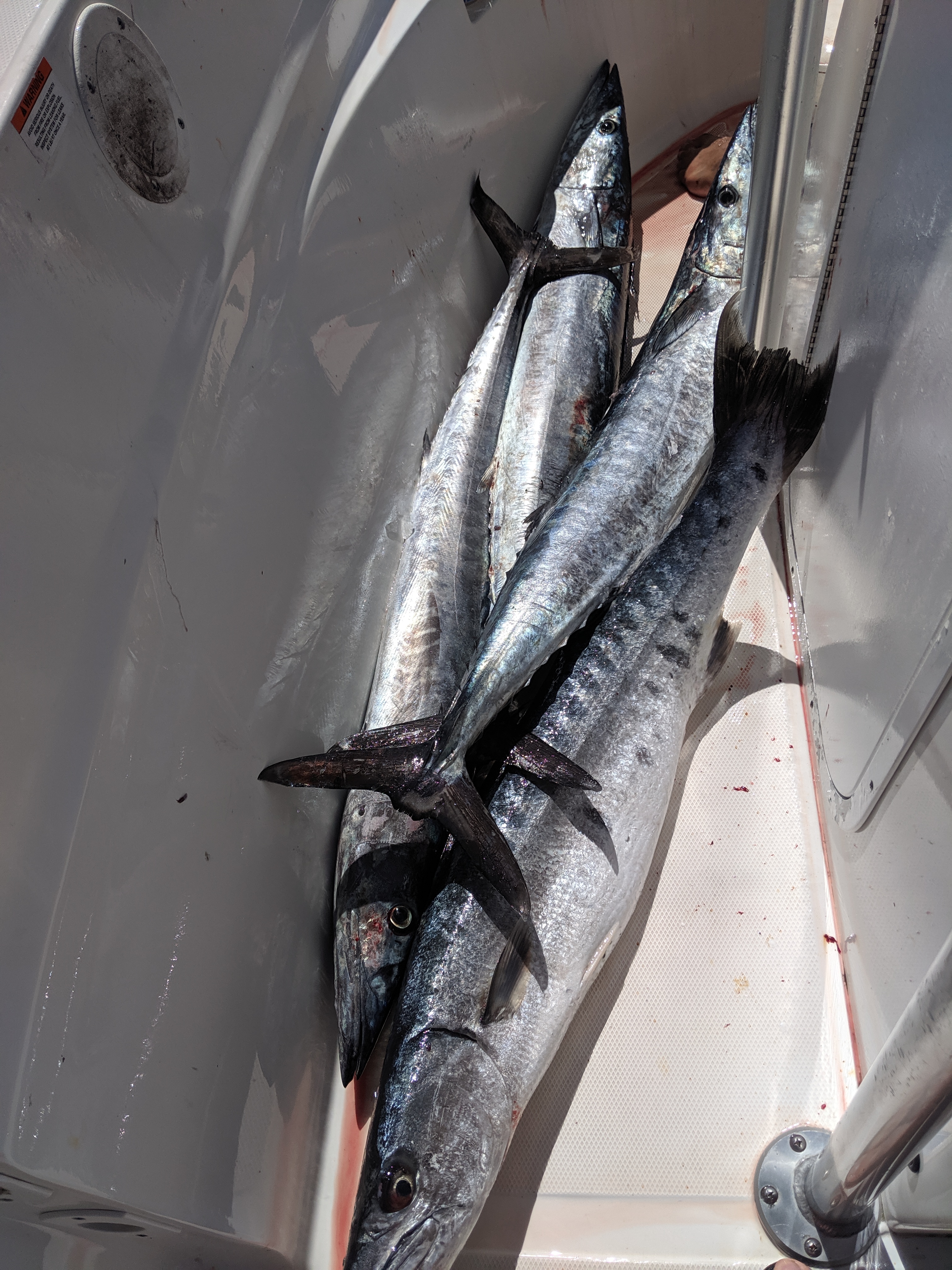 Around 1:30 p.m., we left the ledge and pointed for the barn. 4 miles or so into the channel, the starboard outrigger pops, marlin on! He hit a Gagi 9 inch "dual exhaust" bullet skirted in blue/silver over orange. Jon cleared everything with his deck hand superpowers, and we settled in for the fight. A half hour or so later and having survived a couple mishaps boat side followed by a great amount of spent muscle, fish on deck with two gaff holes in him! Toby had to bust out a little jiu jitsu to finish off this 200 poundish troublemaker who wanted to act up on deck, before posing for a pic! With that, my little fish box was stuffed to the max and ice was getting scarce, so we called it a day and ran the rest the way straight to the barn. 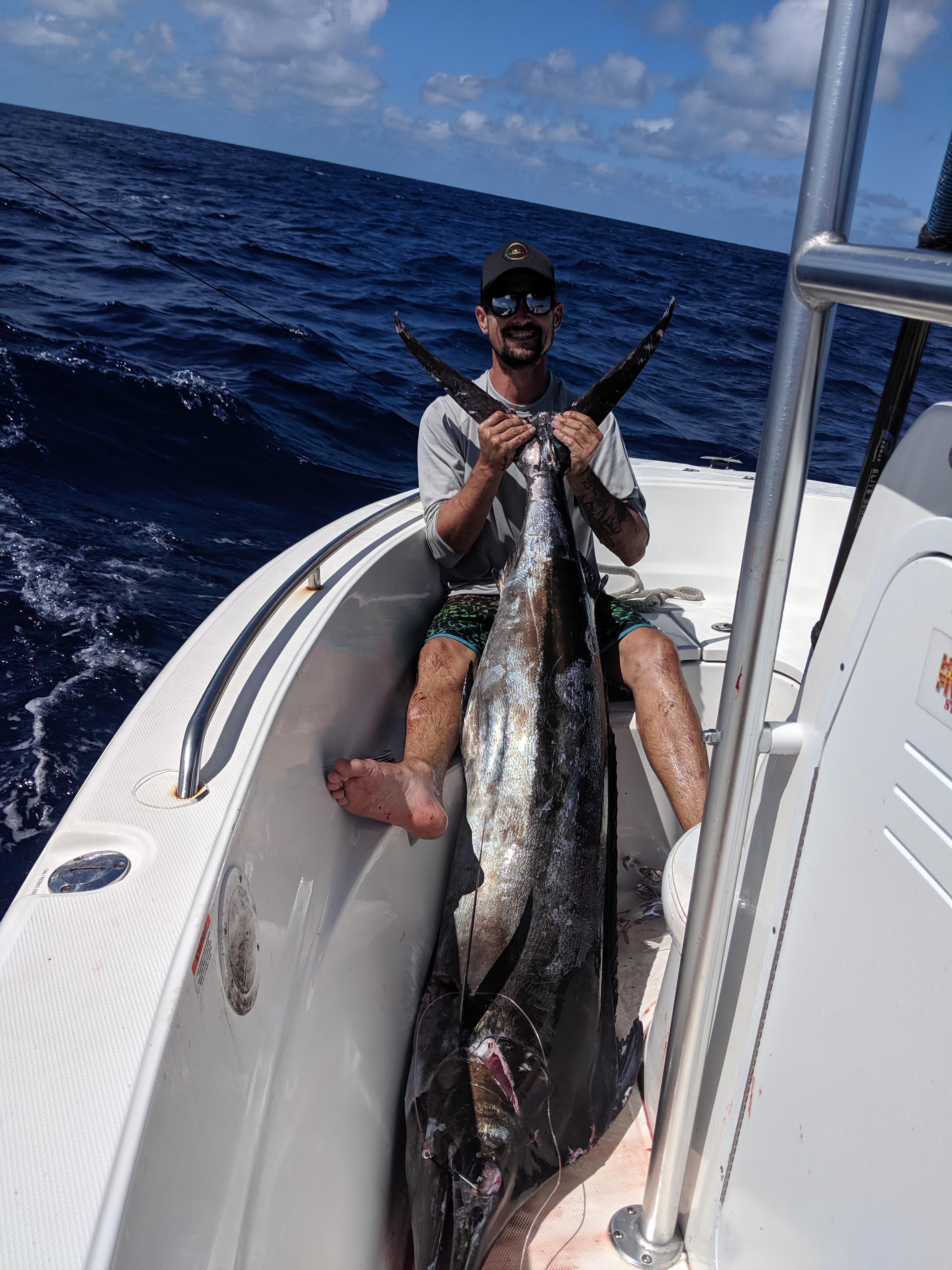 I got a striped marlin in the same spot two months ago, and lost another one there a week before that. Yet, some people argue that it's not worthwhile to troll across the channel. Obviously, I disagree.

This morning, I sent 100 pounds of marlin slabs to the smoker!

All in all, a successful Sunday run, despite not finding big tuna. I'm still needing to get the monkey off my back! Meanwhile, this marlin has so far made my year! 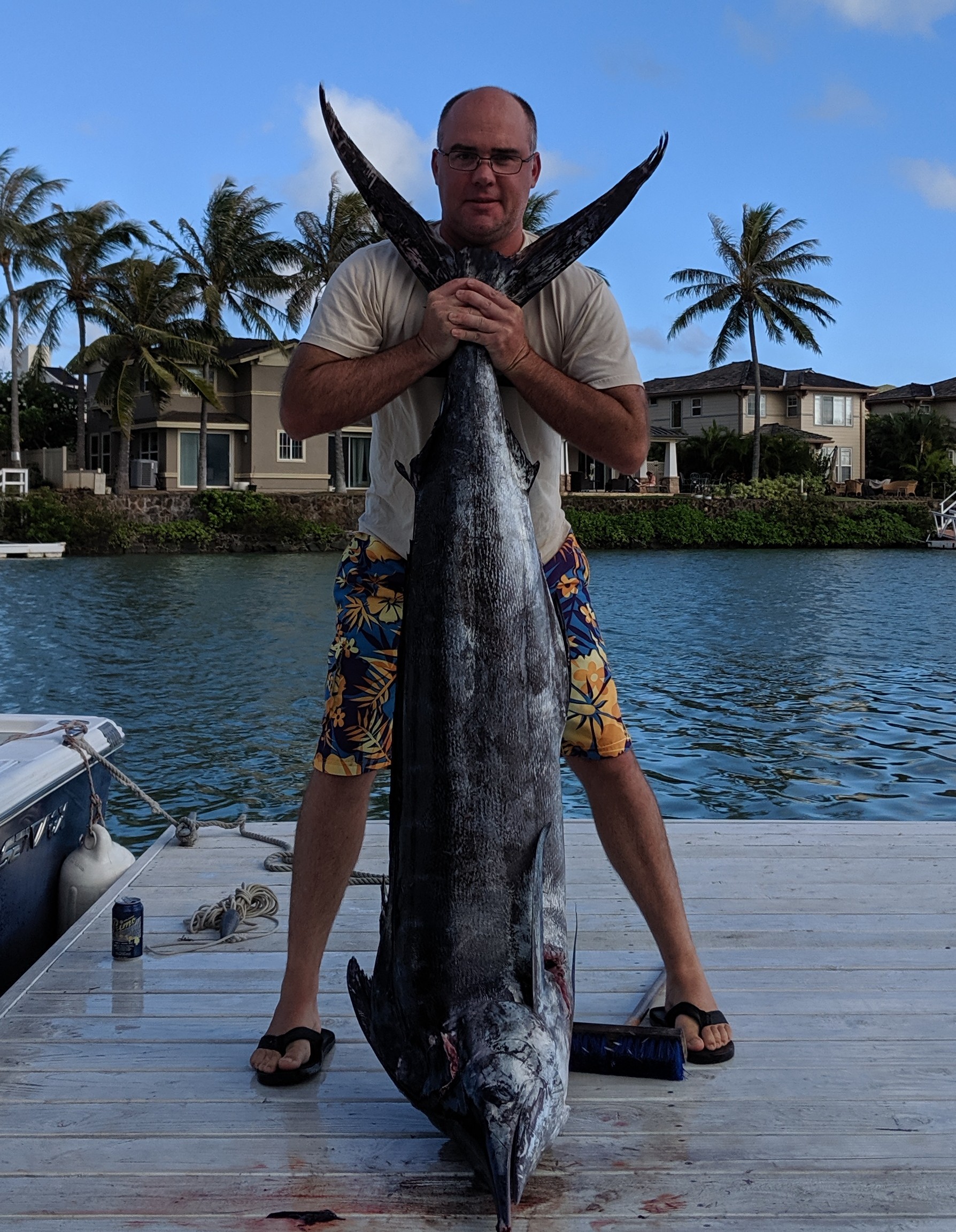 Fred and crew, although not the targeted species still a great catch. Perfect size marlin to smoke or eat sashimi
Reactions: Fred78

Fred and crew,
Good goin' on the critters, large Kakus make some great sashimi, some say gotta watch out for Cig.

Banks is rad and always a great bet to produce. Congrats on the great catch and thanks for the report!

If it's the majestic sicklefins ye be seeking, Butch from Hobbietat once gave me some great advice: