Wed 9/1/21: Weather was projected to be flat, calm and slightly overcast – took off from work for a solo island trip. Indeed, flat crossing, no one really around and barely any wind chop leaving the island for home ~4 ish.

Summary - Great day of fishing – but I couldn’t catch the one thing I was out there for. Yellowtail and/or a small BFT.

Left LB 6am. Beat up small sardine and few anchovies mixed in from Nacho. Stopped on many paddies holding bait on the way over, saw a small juvenile YT on one paddy, but could not get it to bite.
Backside water temps were mostly 69-70°
Most everything caught on 20 flouro leader with live bait.

1st stop to make sure no skunk. Quarry for bass. Not one boat to compete with and the bass bit on every cast with live sardines. 2-6 quick stops up the backside between palisades to salta verde for more bass, sheepshead, whitefish. No marks of bigger fish. All 30-90ft of water.
Trolled between stops with diving green mac colored rapala and a cedar plug up to the wreck area east of Farnsworth, NW of China point for nada. No large marks seen on finder. Out to 200 ish depth

Main spot - Anchored at Farnsworth – tried chumming with my beat up sardines, some live, some chopped. Only could get large mackerel to come biting on a jig. No large meter marks. The Gail Force poked around for a quick bit, then bailed (that should tell me something).

North to “Eagle” high spot off the corner and caught a more than a few sculpin / rockfish / whitefish on squid dropper loops while long soaking the sad baits on the surface.
Trolled around the west end corner looking for marks – nada
Last stop – in the two harbors eagle reef area which was swarming with sea lions. All live baits were grabbed by sea lions. Switched to frozen squid / dropper loop for the usual bottom fare. Couple of whitefish, sheepshead and some random small yellow long finger looking fish.
Headed back home.
In the channel about 1/3 way home found a giant foamer that sunk out before I could make it to the surface fish. In the water was an absolute bloodbath of leftover scales. Never seen so many shimmering scales in the water. No more live bait but I did try 80g and 100g colt snipers on surface and jigging though them. For Nada. Many bait schools seen on the way home with birds going at them but no more foamers. Lots of life in the channel. Birds, porpoises, pilot whales, bait under nearly every paddy stopped at.
All fish that could still swim were released to spawn more fun for next time. Took home a few rockfish that were not going to swim back down for ceviche.
I had 20lb flouro on a medium rod baitcaster setup with 50lb braid. Size 1 owner circle hooks. The smaller sardines really wanted a 3 or even a 4 hook. Didn’t have any on me. Most of the fishing was done on a drift except Farnsworth, Eagle reef and the high spot for rock fish. 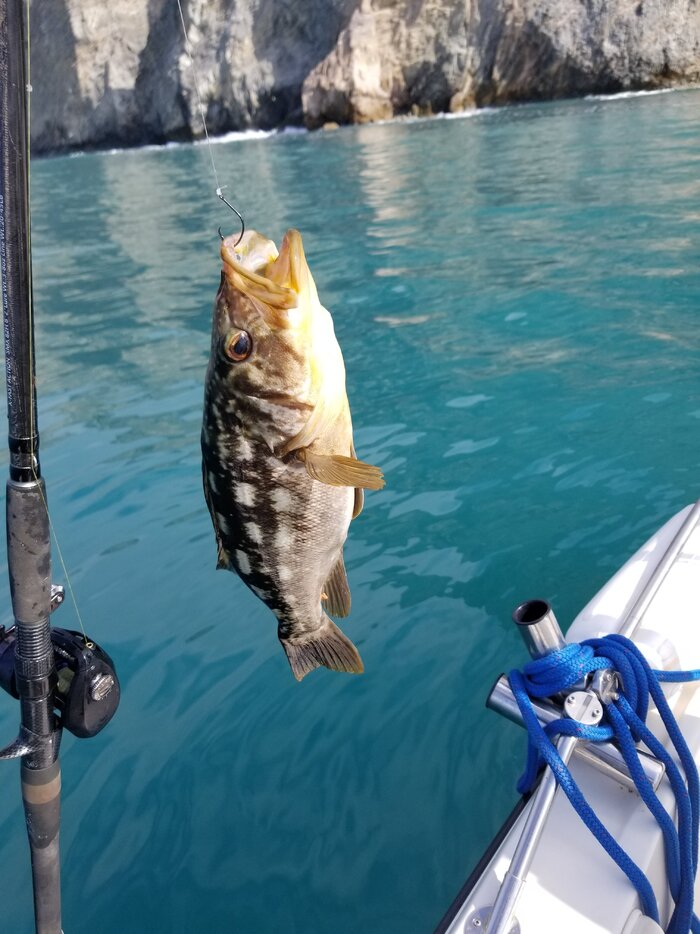 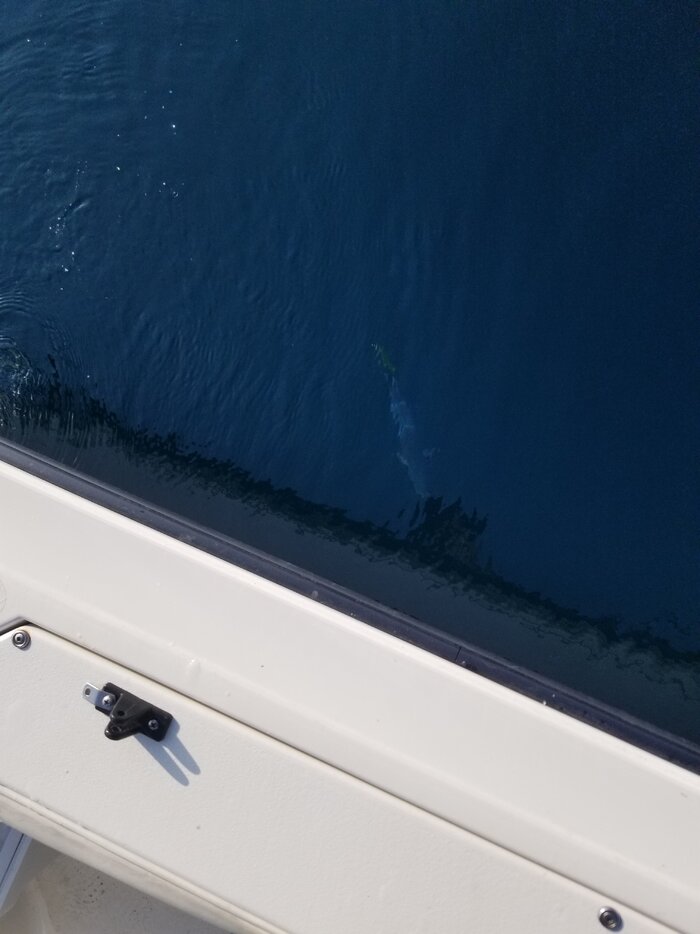 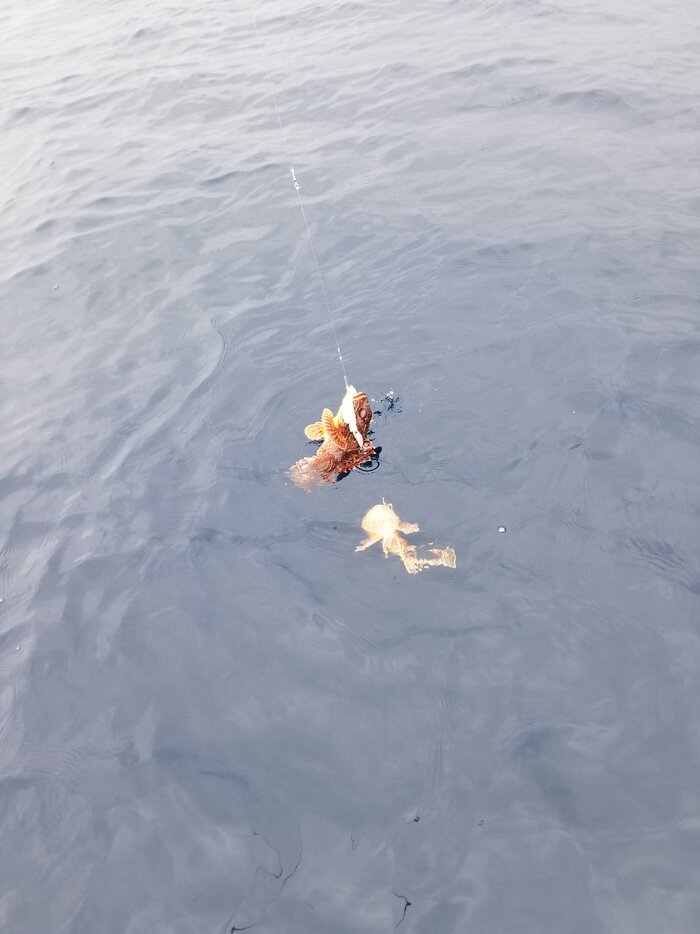 I could really use some tips on scoring them Island YT.
Reactions: Blue Frontier, Stakanak, jiggermyster and 18 others
Upvote 4
R

Way to give a full look. Got some fish
at least=a good thing. Not much going
on with YT or BF at or near Cat this week,
at least judging by many reports here.
Better Luck next time. NOT this weekend.

Be a mad house at Cat.

The places you tried have potential for YT and small BFT. If you want to release rockfish you can get something like the Seaqualizer. https://seaqualizer.com/product/seaqualizer-descending-device/

Great report, except for the anchoring at Farnsworth part....
Reactions: Crankbaitmaster52387 and Ahkhuang
Upvote 0
J

Thanks for post, I just pulled my boat back to side of house instead of wasting time and money for no love.
Upvote -1
C

I live on the island and I haven't heard of anyone getting much of anything this past week.... I went out the same day and got huge macks on the paddies but nothing else going
Upvote 1

Thanks for detailed report. It sounds like you did the right things. Just nobody’s home right now. I think you had a good day on the water. Just not the desired outcome.
Upvote 0

Fly line sardine got me my first YT at the island in 8 years last weekend. Smaller model hanging out deeper in a kelpie bass zone on front side.
Upvote 0
H

If they were there you would have scored. For what it is worth, I pretty much always anchor……..Thanks for the info, nice report.
Upvote 0

no achoring at farnsworth - no bottom fishing there too.
Upvote 0
L

The homeguards at Farnsworth usually swim thru about every 20 minutes or so when present...Free diving, I would dive down to the top of the reef, lay there and wait to get a spear shot,,,they usually came thru at about 30'- 40' along the reef edge consistantly...a starfish on top of the reef was my marker...
Upvote 0
S

If you get a GPS controlled troll motor, you can "anchor" anywhere you want. Its the best investment next to an autopilot on a boat.
Reactions: repo805, slydawg and Bend Session
Upvote 0
S

dont even drive through the Farnsworth with rock fish on your boat - you could get pinched.
Upvote 0

Thanks for the report.
Upvote 0
Show hidden low quality content