Just heading back to the dock!


Left Seaforth on Thursday morning with a limited load of guys!


We were bit the same night with several YFT that were legitimately anywhere from 30-50lb!!

The second day was more of the same in the morning with a nice surprise in the evening.

This trip is my yearly Bday trip!


I let the crew use my OPS 4x and Makaira 50iisea topped off with 200lb braid as an extra kite rod.


My rig was bit a few times with a few smaller fish and a hundred pound BFT...

Two or three “Smaller Grade” (100-120lb) bluefin we’re caught on the kite on my set up and the boat’s set up before my fish.


The kite was re-rigged and redeployed...


My ticket was finally punched!!


I tag teamed this fish with my buddy Andy.


We had this fish at gaff at about an hour and a half.


Major thanks to the crew of the Aztec and Andy
for the Assist!!!

Tapped out at 330lb. Waiting on official weight at Seaforth.

Offical weight at Seaforth was 321lb!!!

Two other cows were landed using the Kite!


My fish along the other cows were happily divided amongst the other passengers and crew!


These fish were NOT LINE SHY!!


I will post up more pics when I get home! 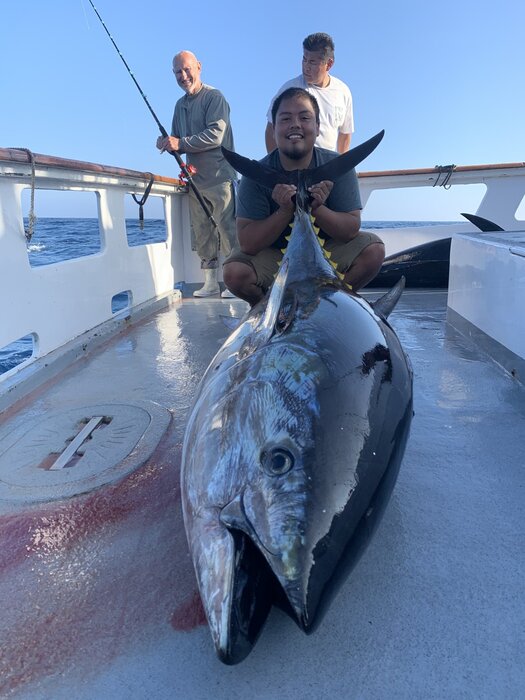 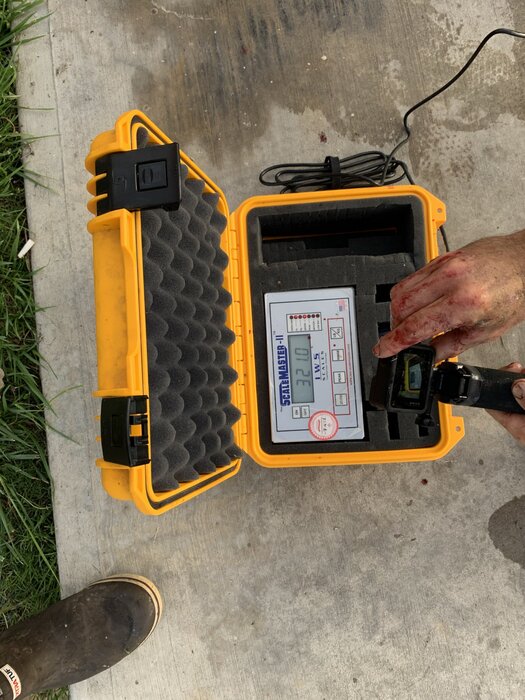 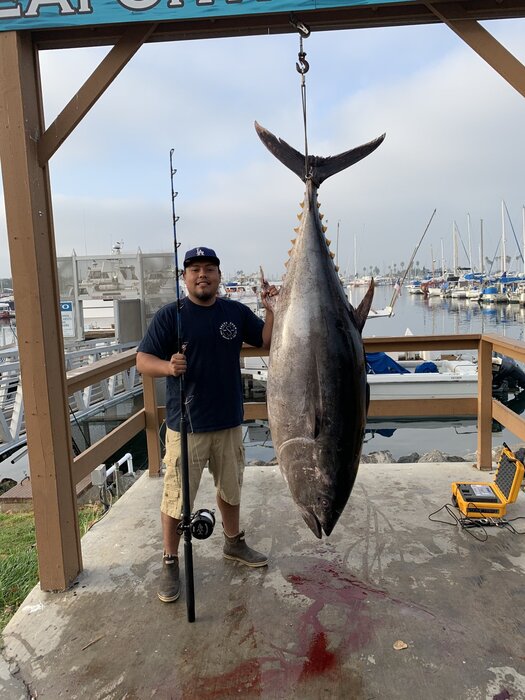 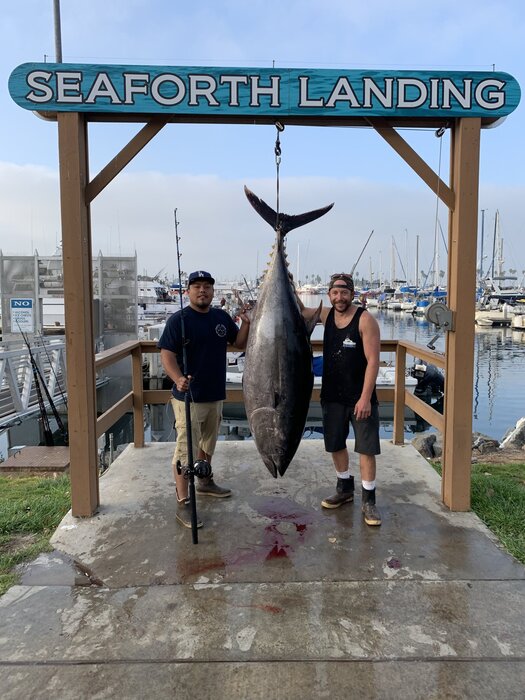 Oh he’ll yeah! I love on Thursday on a 3.5 day trip, your report has be stress sweating!!!!
Reactions: Cago and Mk6_Robbie
Upvote 0
P

Thanks for the report. On with them Tuesday
Reactions: Mk6_Robbie
Upvote 0

Oh yeah! Thanks for the report.

KITE FISH.....Super Cows.....should have known. Curious as to the West Coast seasons Top 10 BFT.....how many on the Kite?.....how many on all other techniques? Just saying....
Great catch brotber!
Upvote 0

Everything else was Flyline and Sinker rig.

What a B-Day present …..congrads

SouthBayKiller said:
Oh he’ll yeah! I love on Thursday on a 3.5 day trip, your report has be stress sweating!!!!
Click to expand...

Which boat? I leave on a 3.5 day Thursday too. SA80...
Reactions: SouthBayKiller and Mk6_Robbie
Upvote 0

Glad you got an awesome birthday fish!!!

The Aztec just posted a video of your trip on FB. Could be cool saving it for later on when you’re 70 and trying to get your buddies to believe you that this fish was really as big as it was!!!