Long Story Short-Pops and I are both veterans and had an awesome pheasant opener which happened to land on Veterans Day/weekend this year!!

Short Story Long-My dad and I have been hunting birds together in Imperial Valley since I was about 10yrs old and this year was no different. Last year we got completely skunked for the entire season. Which has never happened to us, ever. We saw so many birds but when it came down to it, they were either super skiddish, in posted fields, too close to houses,etc and two I completely missed at point blank range. We just chalked it up to "paying our dues" since we've had such great luck in the past. This year would hopefully be different.

Fortunately both of us have schedules that allow us to get down there ahead of time and scout out different areas. In the couple weeks leading up to the season we had seen sooooo many birds!! This looked promising for us and we were excited for the season.

As we head out in the morning to our first spot we see that there are already hunters posted up in a few of our spots and almost every other field we had scoped out had been posted the night before! Fuuuuuuck! Oh well, in the words of Mike Tyson "everybody has a plan until they get punched in the face", so we had to wing it this day. So we keep driving around hitting more of our spots when we see a group of them in a field. So we get a game plan and get out after em. We ended up dropping one and the rest got away for another day.

After about 9-930 we didn't see much more action so we decided to take our break and go get our free veterans lunch at Applebee's, it was great. We go every year.

After taking our usual mid-day nap we headed back out around 2pm to get in some afternoon action. We went to a few other spots but didn't see much so decided to go back to the same spot to see if the ones that got away were back. Sure enough they were. We scratched around the same corner of the field as in the morning and one by one the other three flew up and then dropped. We didn't miss any this year. All four that we had seen in that spot were now going to end up on our dinner table. It was awesome and we had limits for the day so headed back in.

As we were sitting around the grill, drinking beers with my uncles and cousins, cleaning the birds, all we could talk about was the days events. Sometimes the re-cap of a successful day is more fun than the day itself, especially when you can enjoy the days catch fresh out of the crockpot. Not sure what my mom put all in but man it was some tasty pheasant! After stuffing our faces and catching a buzz we decided to call it a night to be fresh for the next day.

Woke up the next morning and headed to another spot we thought would have birds. Sure enough there were a group of three roosters and three hens out in the middle of a really short grass field. It was awesome sitting there watching them do their thing for about and hour (since it was still only about 7am). Once 8 o'clock rolls around we put our plan into action.

As we spread out putting the group of pheasants we walk out towards then, as we are getting closer all but two takes off running. Way to far to get a shot and they were long gone. But we knew there were still two more hunkered down and as we get closer our hearts are pounding because you know shits about to pop off. Sure enough, almost simultaneously they both shoot up, one in front of each of us!! Boom, two shots, two birds down. After high fives and some pics we decided to call it quits and head home to SD so we could still enjoy most of our Sunday.

All in, it was such an awesome trip and we totally redeemed ourselves from last year. Lots of pics and even more memories made this the perfect pheasant opener with pops and family. Even ended up with a few nice pelts (if that's what they are called from birds). 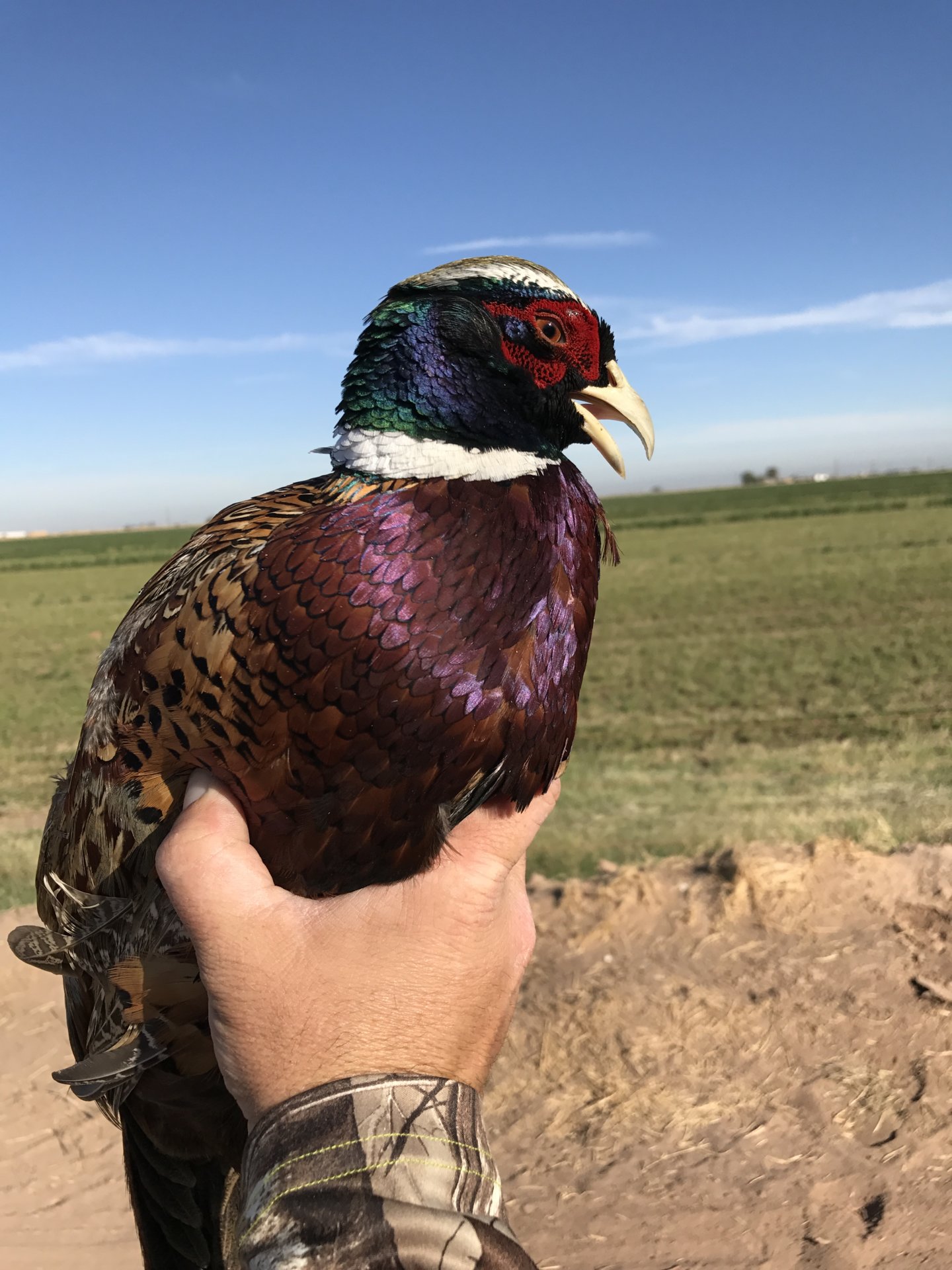 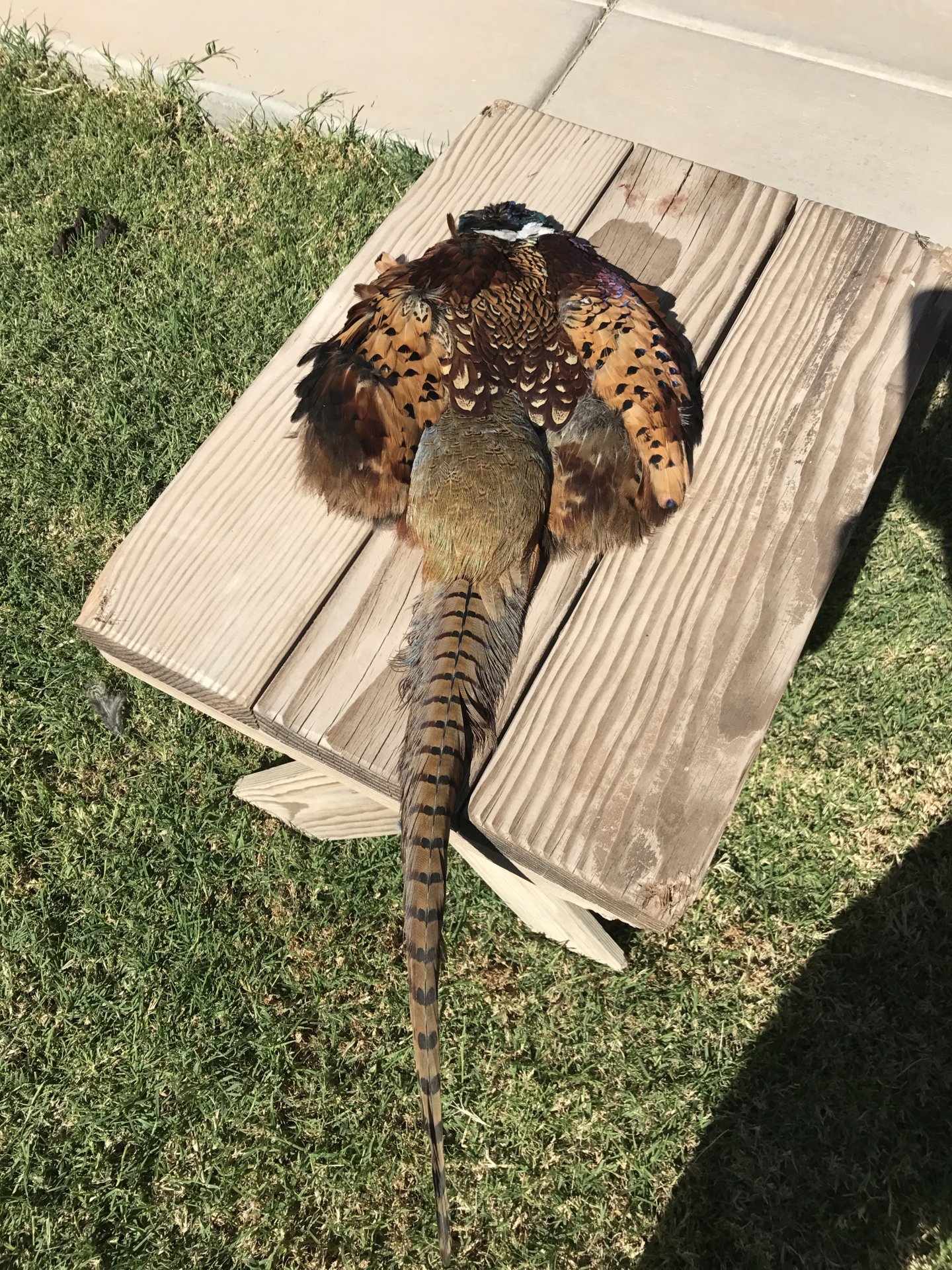 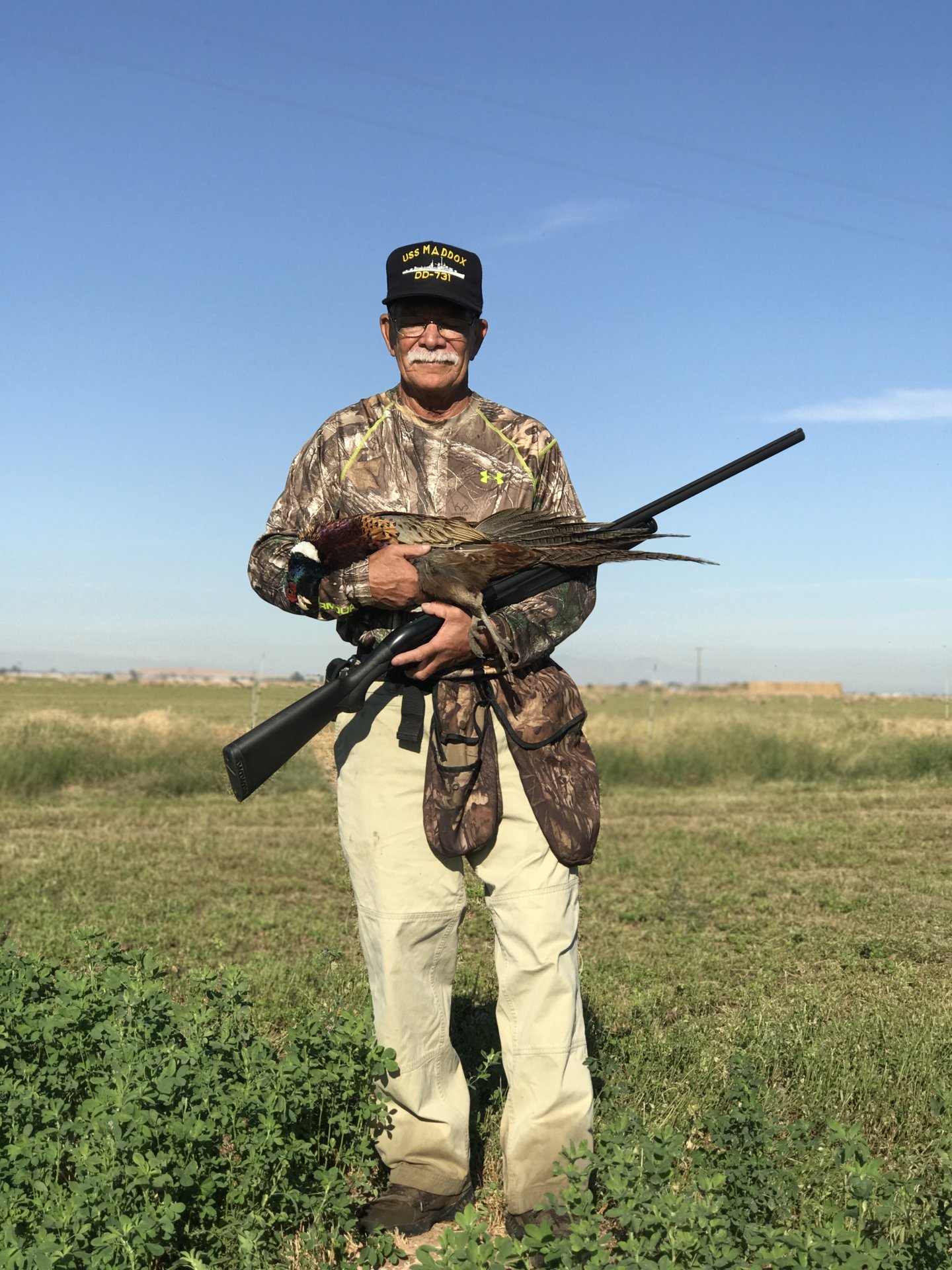 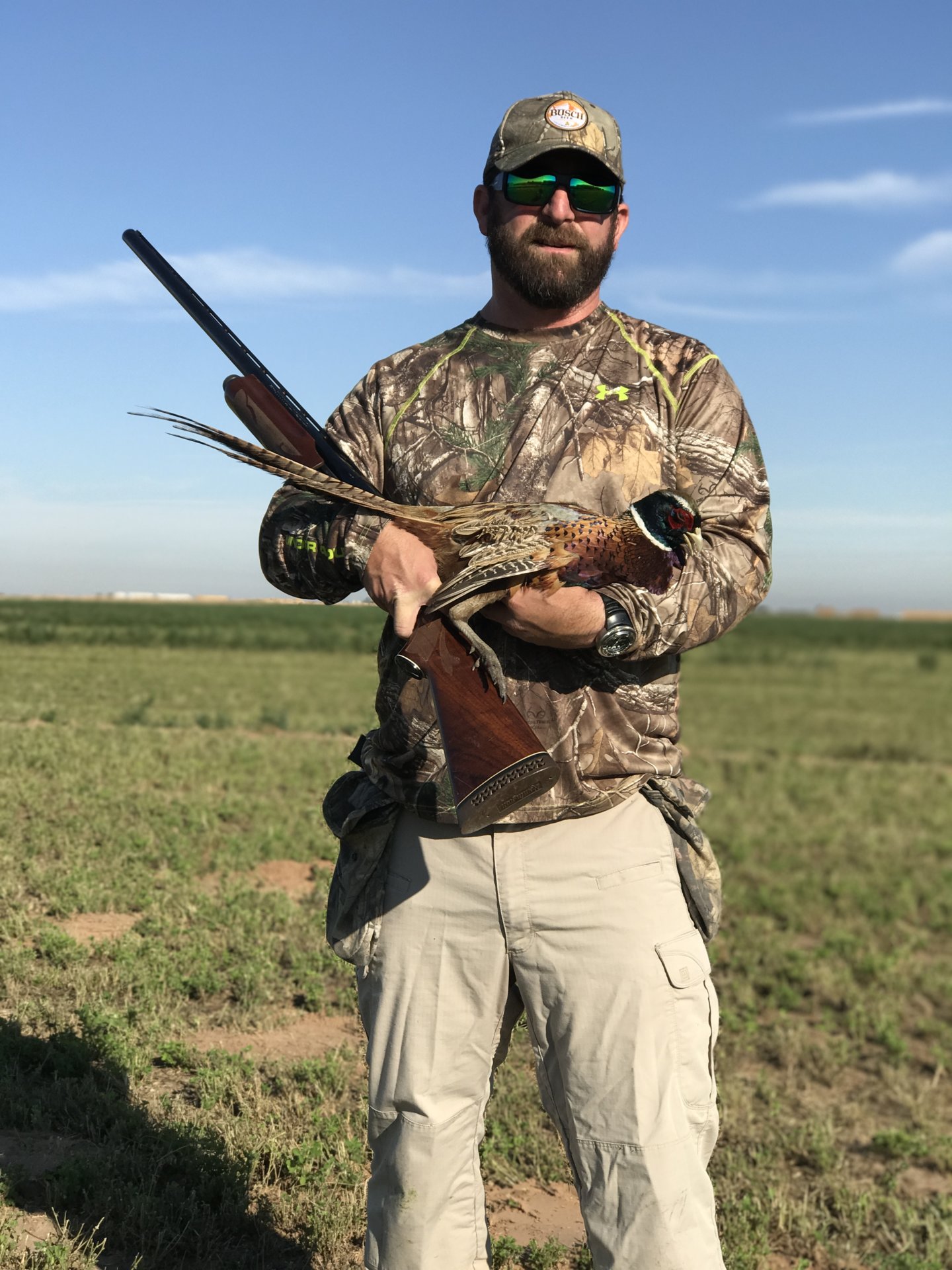 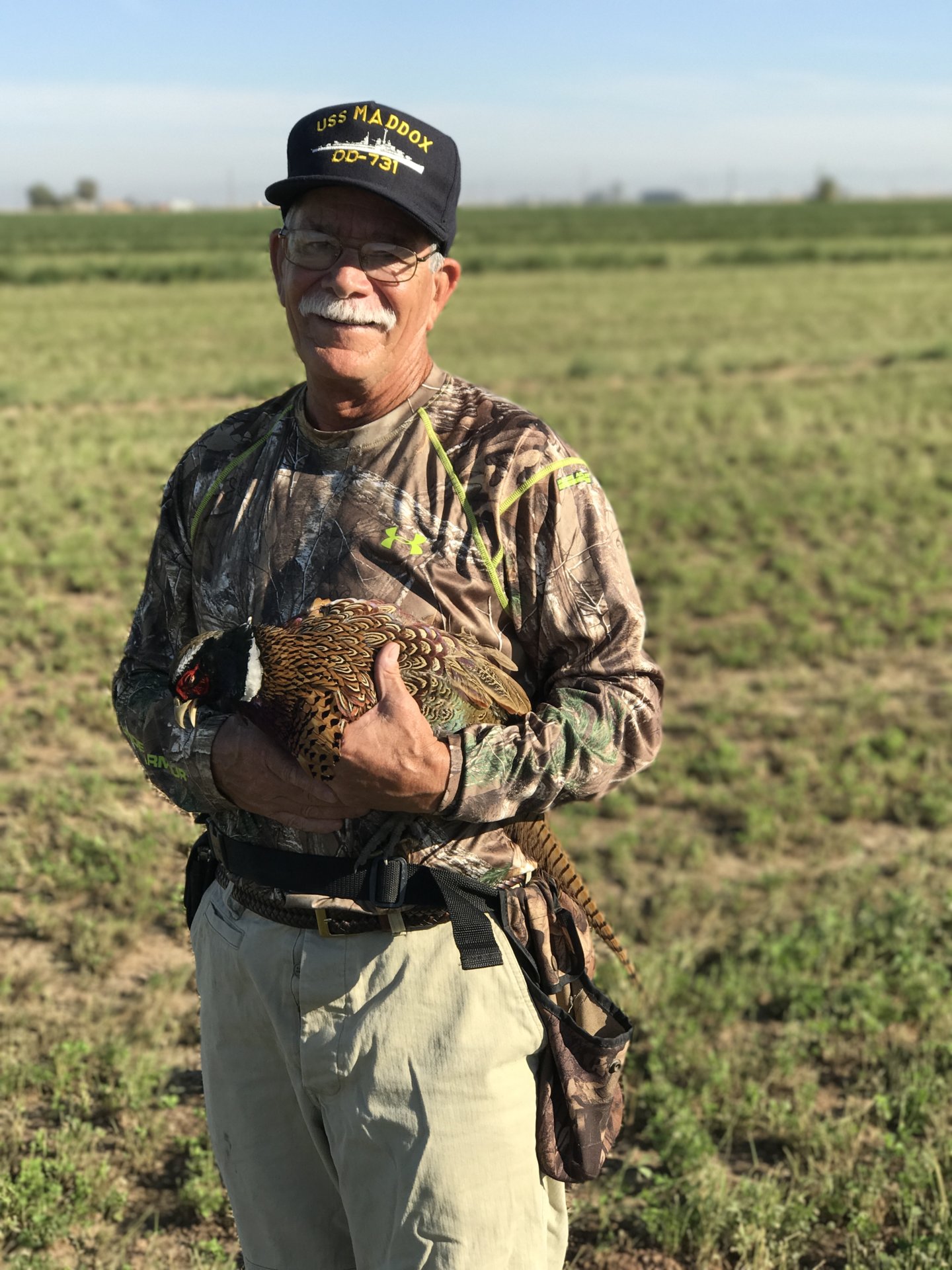 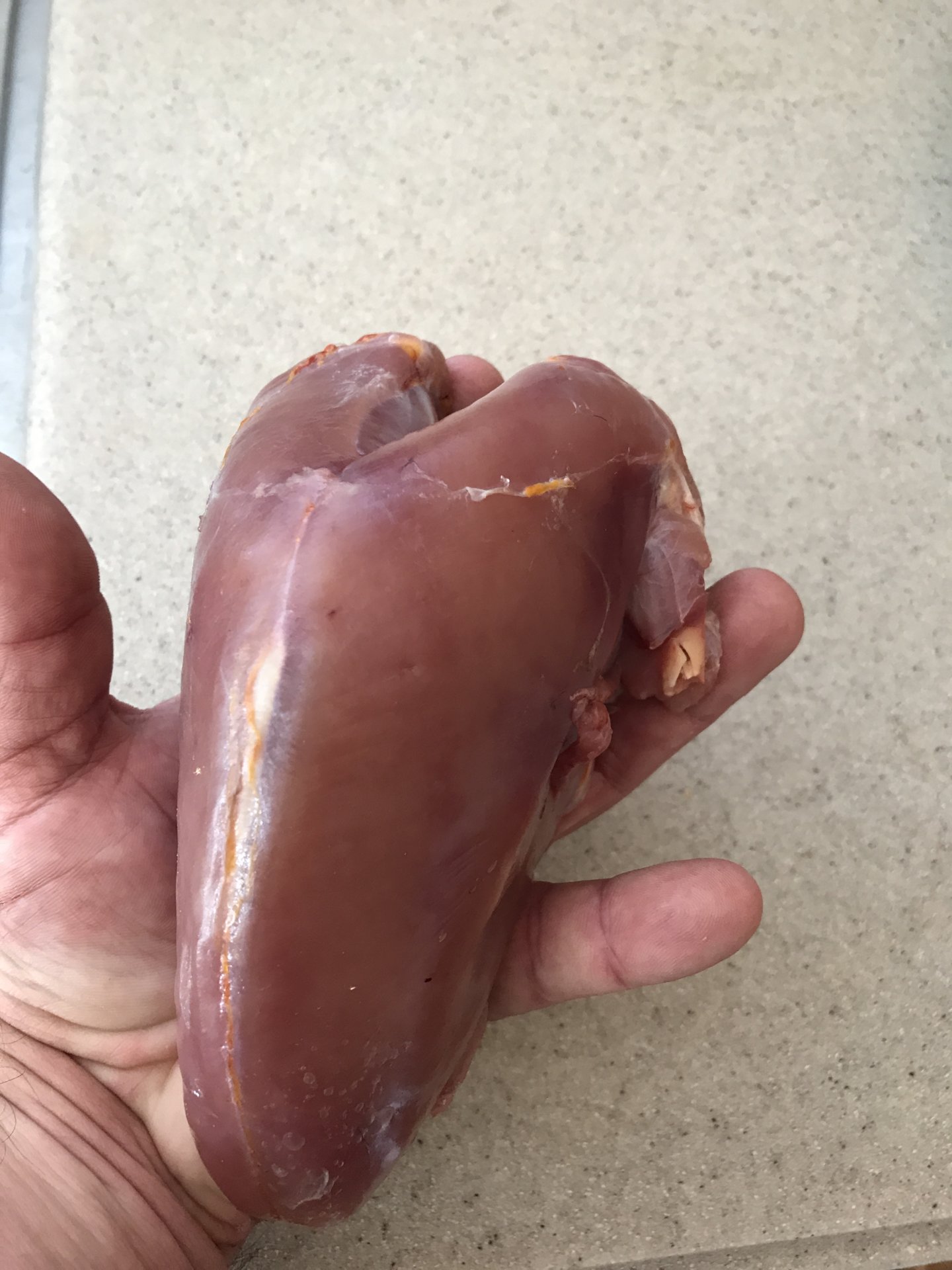 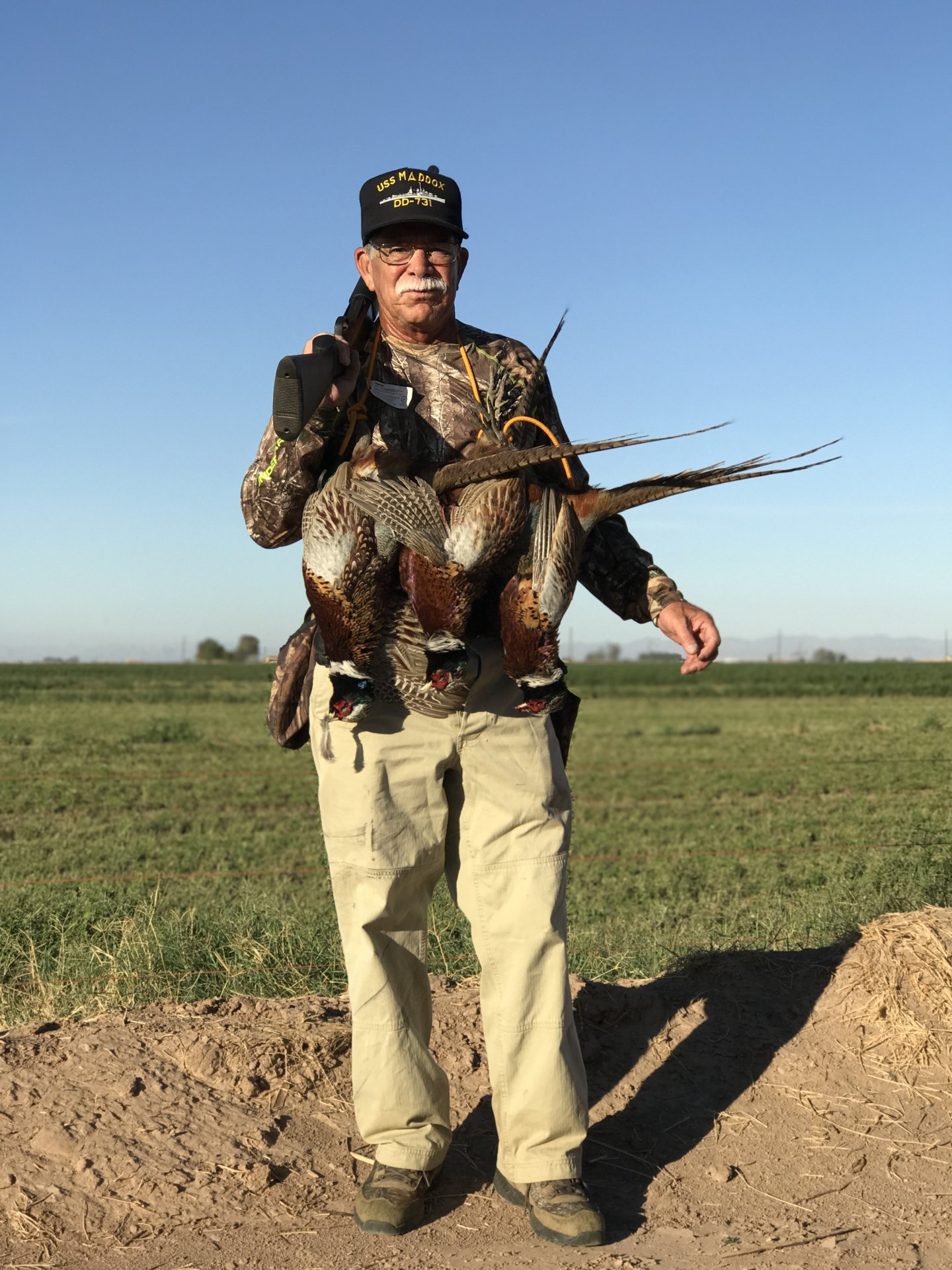 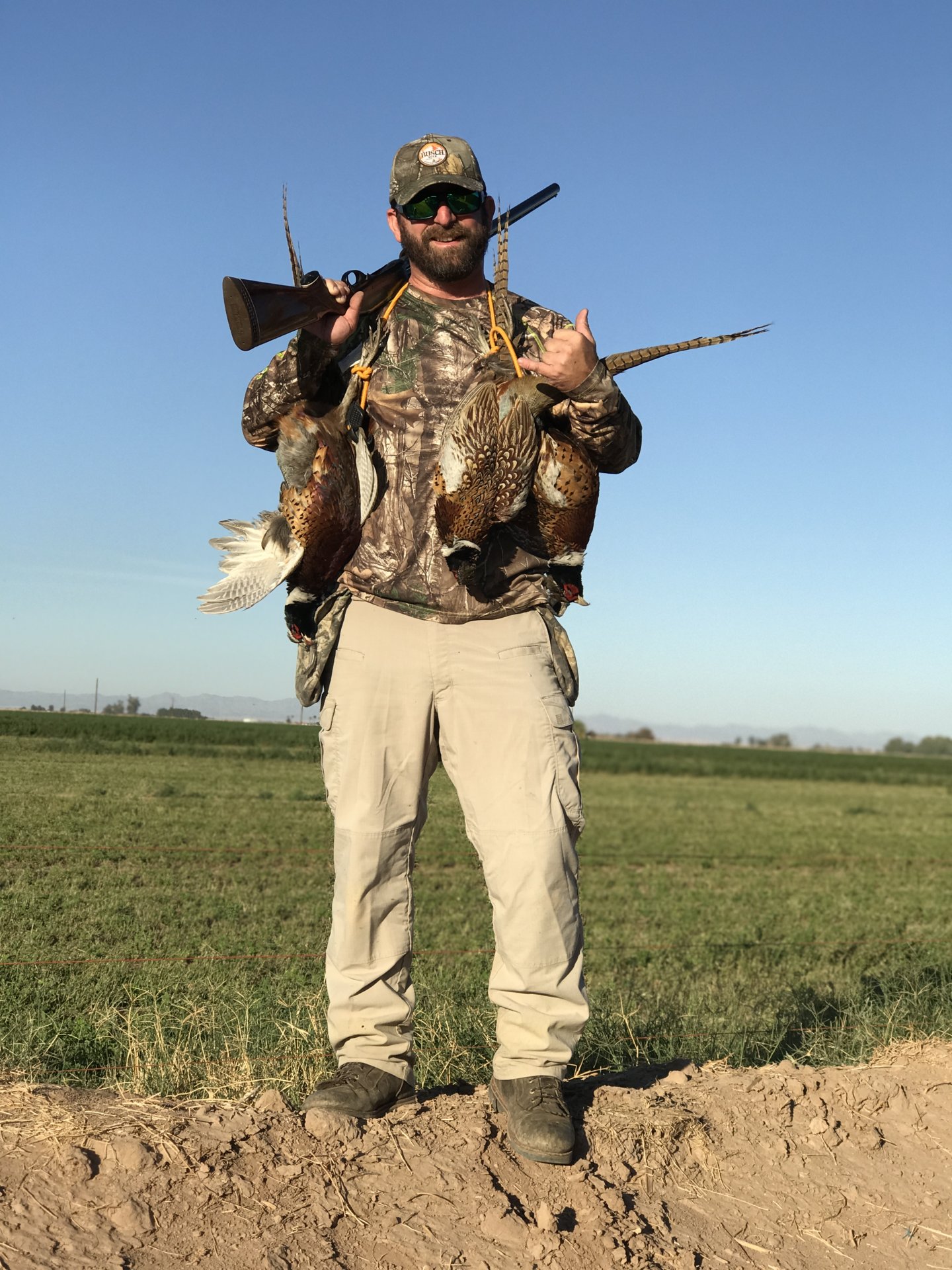 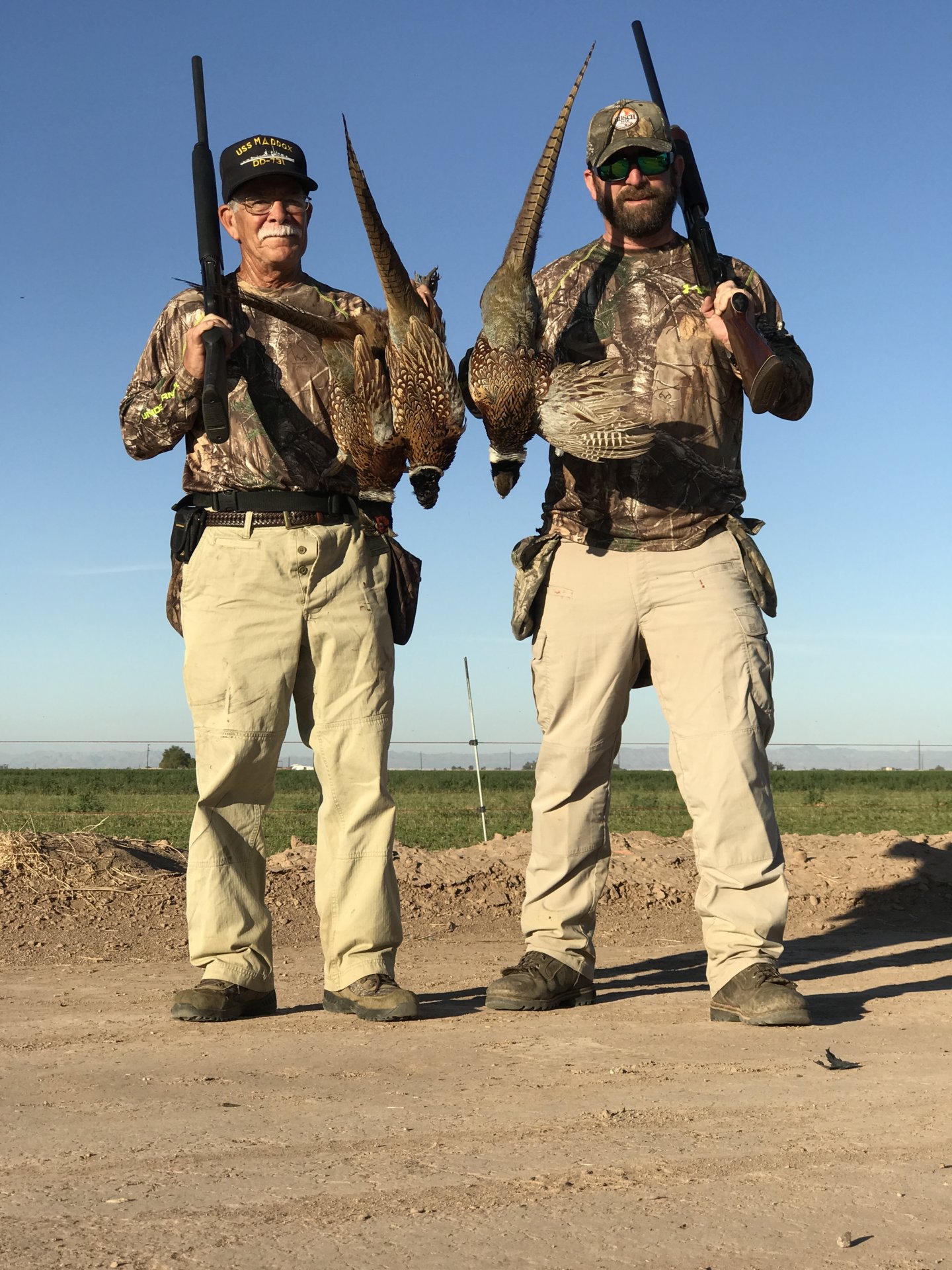 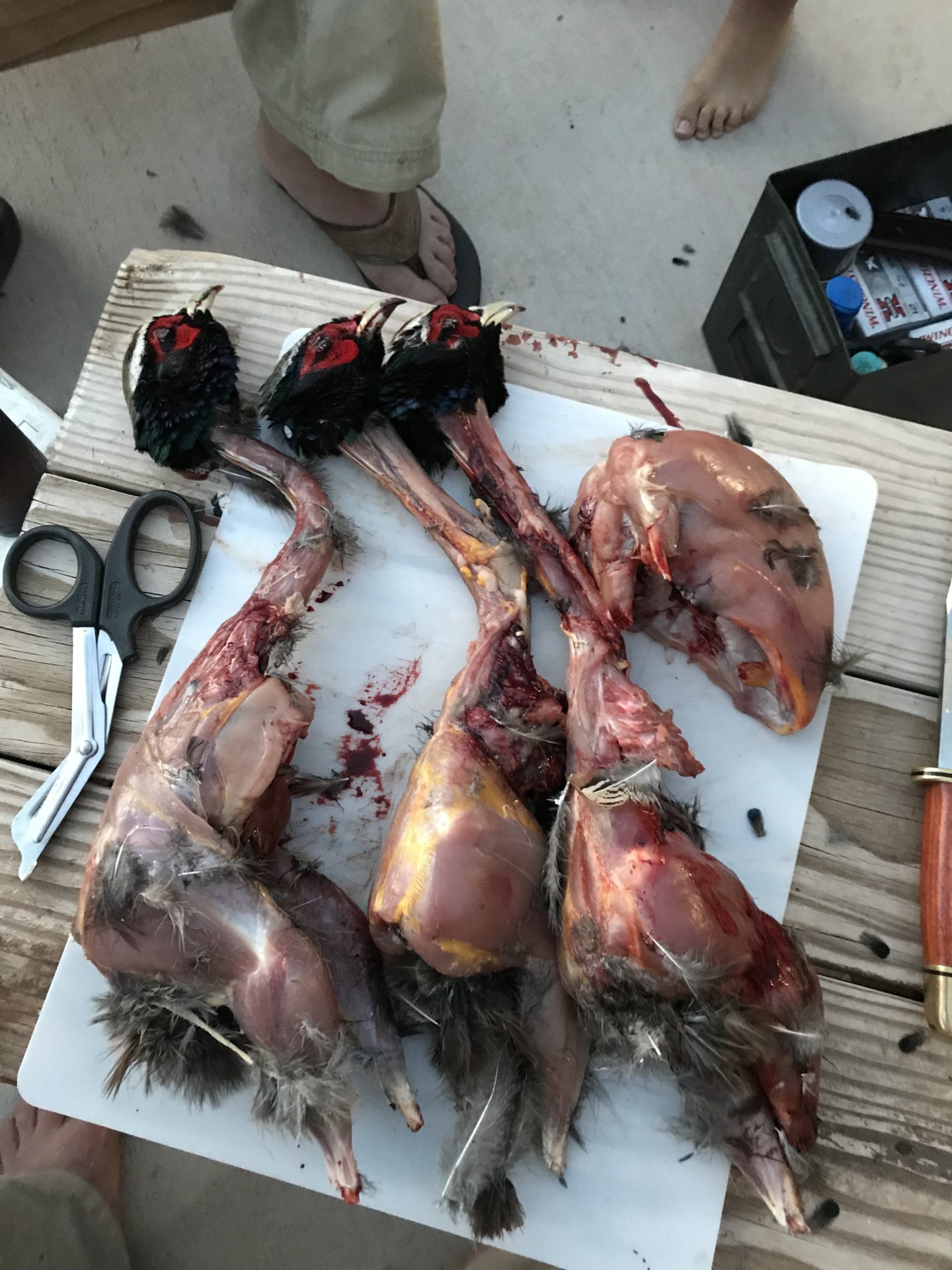 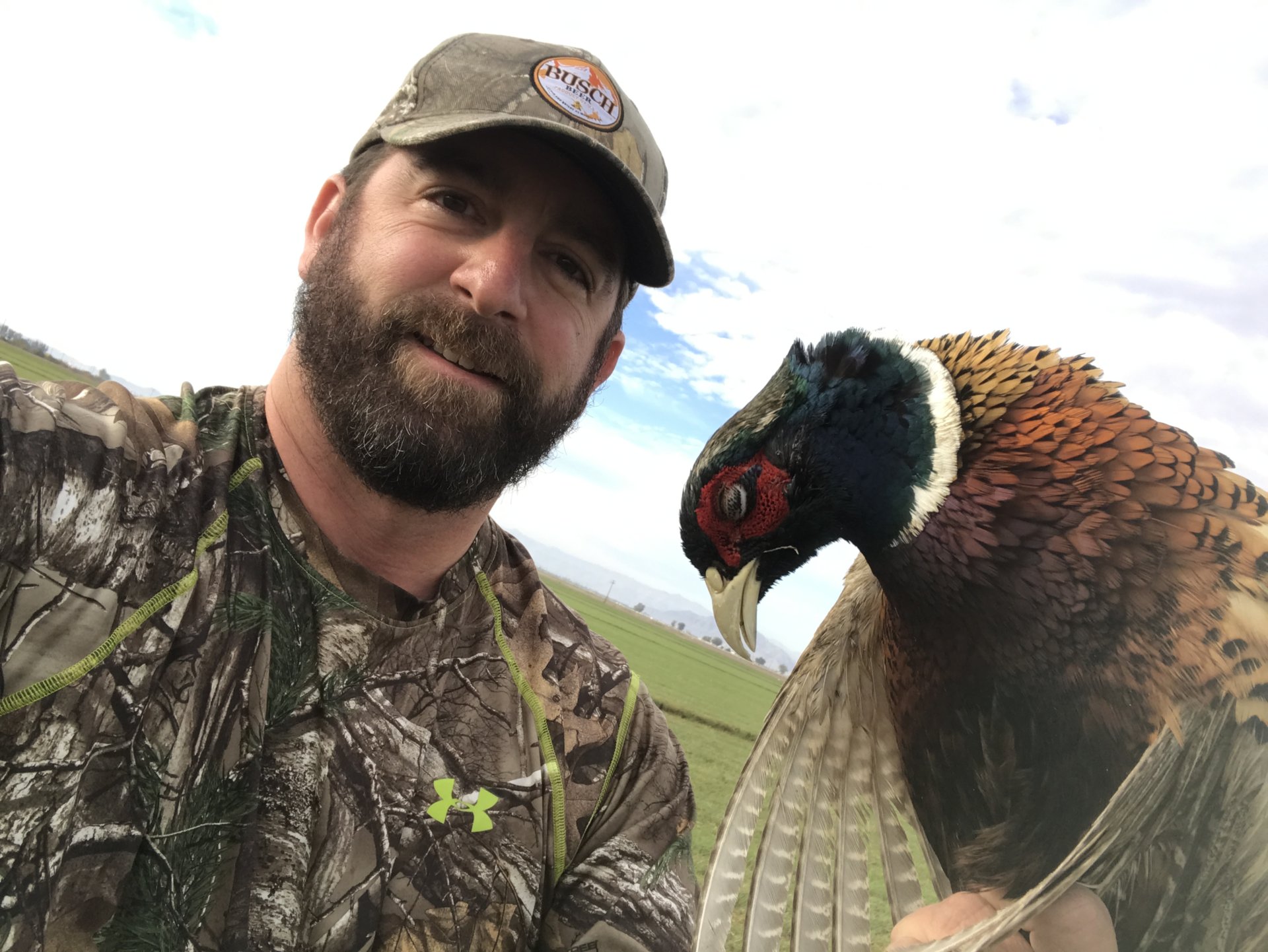 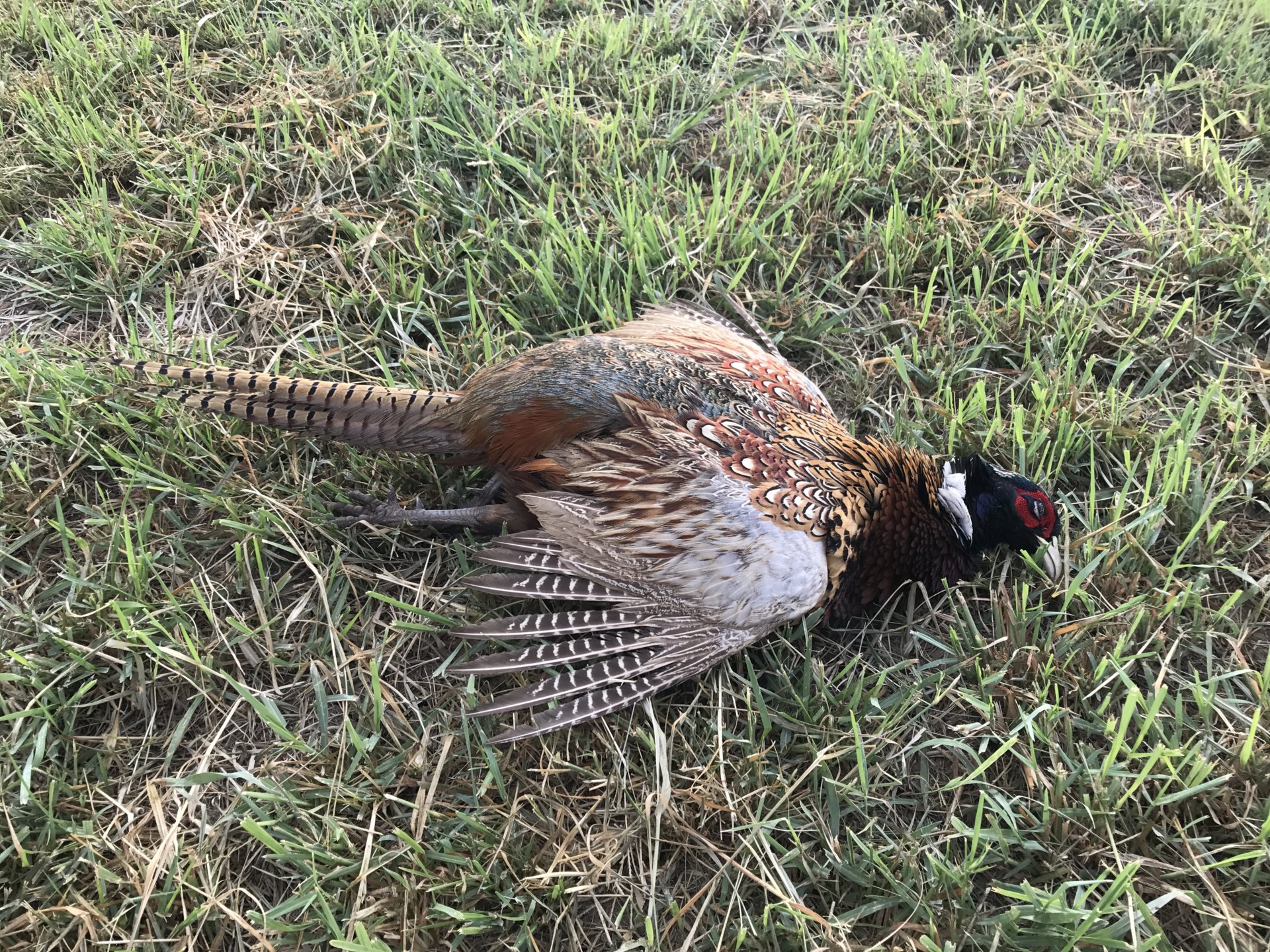 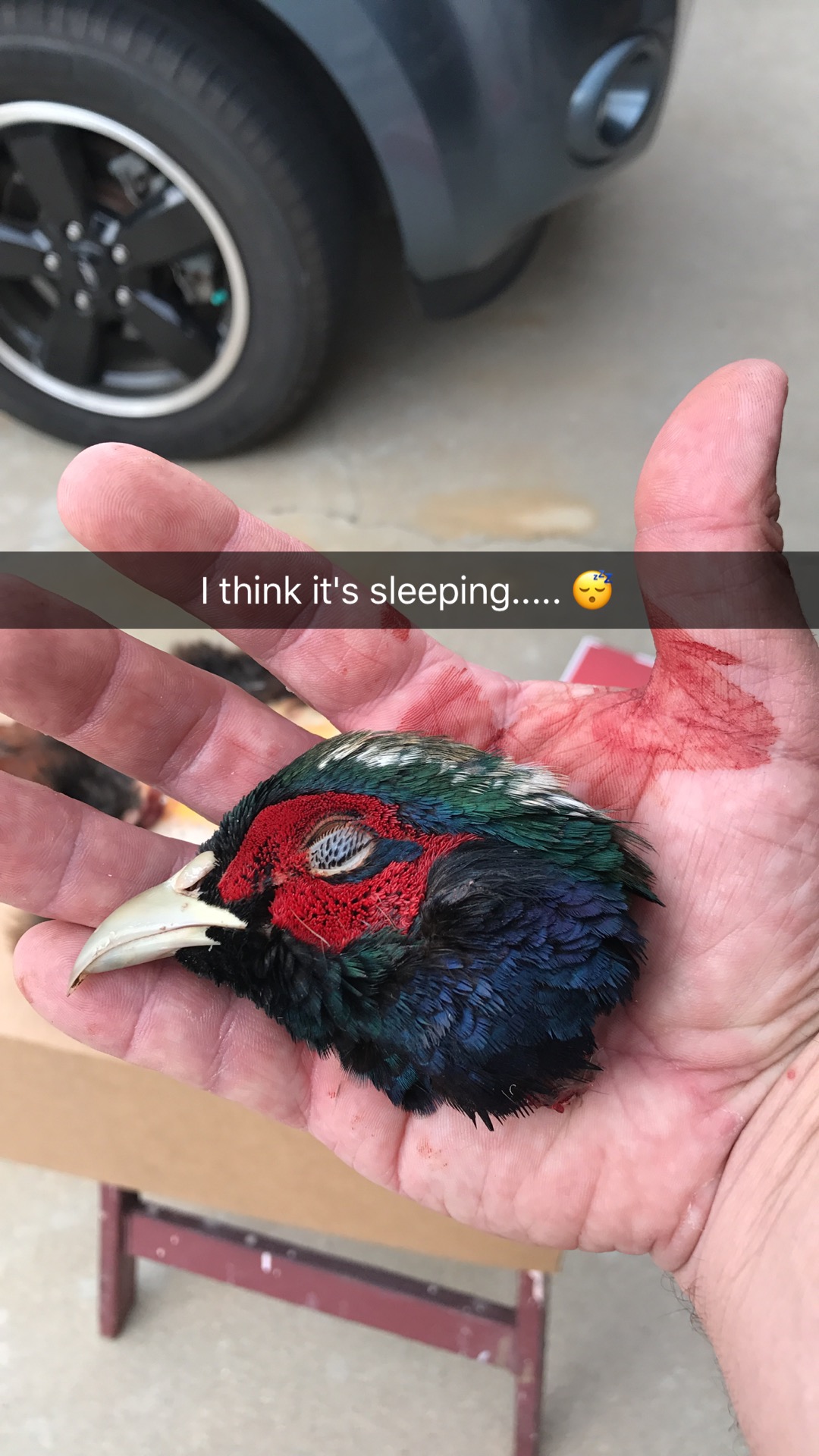 Very impressive! well done, and thank you for your service ;-)
Son I'm taking down to valley this weekend was navy, just took hunter safety, ready to get after em'. Little brother is graduating USAFA this year.
Reactions: stucktip

WOW great post and even better pics! You are very lucky to still be hunting with Pops. To both of you Thanks for your service.
Reactions: stucktip

Super cool that you guys dug in and got it done. Congrats. And, thank you for serving the USA. We appreciate you!
Reactions: stucktip

Thank you for your service, and Way to get 'er done!
Reactions: stucktip

Feel good post of the year. After reading about you and your pops, patriotism, family get together, I just feel Good. Thanks and congrats!
Reactions: stucktip

I've received a few messages about what we use so here it is quick. Dad uses a semi-auto Charles Daily and I have a Remington 870 pump. Both 12ga and he uses #6 high bass and I use 7-1/2 high bass. Nothing fancy just tried and true
Y

Nicely done. I just went solo today and didn't see any!I did jump one rooster in a ditch in calipatria and bagged him. I searched and glassed almost all fields that look Birdy. I always see lots of them everywhere. The most surprising was that I couldn't find one in freshly cut corn field. Those are supposed to be guaranteed! I covered East and west of calexico, west of Heber, holtsville, up through calipatria and it was dark by the time I got to niland.

Were you guys North or South of the 8?