ARSC/DEFIANCE/RAYMARINE TEAMS SWEEP THE WTC, BREAK RECORDS, AND HEAD TO THE WORLD CHAMPIONSHIP!!!!!!

WE'RE GOING, GOING BACK, BACK TO QUEPOS, QUEPOS!!!

The short of it: We battled POSEIDON'S WRATH to put on a show for the WTC, hitting the podium with four teams representing Defiance, Raymarine, and All Rivers and Saltwater Charters (ARSC). Collectively, we took the top 3 spots in the main event, all of the (double down) cash side pots, big fish, and most fish. My squad put a shellacking on the TUNA, amassing 79 fish (a tournament record) by 2pm at which time Mark (Coleman) pulled out the anemometer and measured the wind speed at 26.8 knots....

I think everyone knows by now that I sold my ride (Defiance Admiral 250EX) 2.5 wks before the WTC. What's a PLAYER to do??? Luckily, we have the DEFIANCE NATION and one hell of a tight knit group. One of our great customers offered his brand spanking new Defiance 290 Guadalupe up for the task. My USUAL SUSPECTS crew ended up disintegrating just one week before the tournament for a variety of reasons (death in the family, injury, surgery, etc). I had to scramble to put a crew together and was able to secure 5 guys to make the event possible for us. I had only fished with one of the 5 prior to the WTC! To say that I was concerned was an understatement. However, I have placed with brand new crews before (2012 - 2nd place) so we committed to the challenge.

With the circumstances, I would need all the luck we could get and brought along the USUAL SUSPECTS good luck charm: the IRON WOOD DODO!

We prefished a few untouched areas to see what was out there and were able to come up with 45 fairly easy (by 11AM) on Friday.

IGNORE THE HAT, PAT'S CONFUSED AS TO WHAT TEAM HE IS ON.

Mark running in on Friday:

We hit the Captain's mtg friday night and discussed our game plan, considering that there were three of these FATTY BFTs caught that day!

The forecast was calling for a bad trend so we knew we would have to go out and get it done early. And yes, NOAA was right. Swellwatch was WAY OFF!

We got bait, waited for our roll call release, and headed offshore. When we got out there, it was starting to blow and I could tell it was going to be ONE OF THOSE DAYS... We pulled up on a couple birds looking suspicious, threw bait, and got the CHAOS going right away. We had our first five within 10 minutes of fishing and continued the MAYHEM.

We pounded the fish steadily all day with live bait, jigs, and swimbaits....

THE AFTERMATH (and these were brand new at the beginning of the day!!!):

Even with the wind growing, chumming was not required. The fish stuck to us like WHITE on RICE.

The next three pics give you a really good idea of what the weather was doing by 10AM...

The south wind, natural current from the north and west swell made some for some tight stuff and few waves that crashed into the cockpit. Not once did I feel unsafe in the Defiance Guadalupe and that is the honest to God truth. We drifted beam-to all day and never considered a different attitude for our drifts. She rode home like a champ with bow held high, making 14-15 knots at first, then 18-20 knots, then 28-30knots by the time we were approaching the bar around 4PM.

We knew that we had put about 60 fish on the boat but had no clue on our exact numbers. We started to pull all the fish out of the holds, the 3 kill bags, and cooler to begin the weighing process. As we pulled them out, we separated the contenders from the rest. At that point, I realized that we were somewhere north of 60 fish.

With most of the sorting done, we tied up to float 6 to finish off.

We took our top five up for weigh in and then began the rest of the offload process, putting 10 fish in a cart at a time....

COUNT EM! 79 FISH ALL DONATED TO THE WTC and a NEW TOURNAMENT RECORD!

We got our receipt and headed off to our slip to get ready for the awards ceremony.

I got up and gave a quick talk about the IGFA OFFSHORE WORLD CHAMPIONSHIP in Quepos, CR....offering my services to whoever won the WTC. For me, its all about representation on the world stage and I will gladly support whoever goes!

We got settled in for dinner, auction, raffle, and the final results!

When Kevin announced the third place weight and I saw Mark standup, I put 2 and 2 together and IMMEDIATELY KNEW WE WERE GOING BACK TO THE IGFA OFFSHORE WORLD CHAMPIONSHIP! Mark pointed at me and I pointed back at him as he made his way to the podium to accept his check!

I knew what was next as they called our weight and TEAM DEFIANCE - USUAL SUSPECTS up to the podium!

And then they called up Herb and his squad of killers (Team ARSC II/DEFIANCE/RAYMARINE) for BACK TO BACK 1ST PLACE FINISHES!!!

SPECIAL THANKS TO JEFF STULC. HE TOOK A SUBSET OF THE PICTURES IN THIS REPORT. THEY ARE THE HIGH QUALITY, HIGH DEF. PICS THAT HELP YOU FEEL AS IF YOU WERE THERE. MY STORY IS NOTHING WITHOUT HIS PICTURES. YOU CAN FEEL THE WIND, THE BITE, AND THE BEND OF THE ROD THANKS TO HIS DEDICATION TO HIGH QUALITY PHOTOGRAPHY. I HAVE WATCHED HIM GET BETTER AND BETTER. CAN'T WAIT TO SEE WHAT HE HAS IN STORE FOR US IN COSTA RICA!!!

ANOTHER SPECIAL THANKS TO MY CREW: ROB HYATT, PAT MAINS, BILL GRAHAM, DUSTY GRAHAM, AND CHRIS SENNERT! We absolutely WAXED those TUNA! Most guys won't see that many tuna if they headed to COSTCO AND WALKED DOWN THE STARKIST AISLE! JIGGA WHAT!

We worked hard to get this point and got there with suboptimal weather and new crews. FIRE and DESIRE drove us to get the job done and make it back to the world stage. We were hoping for one of our four teams to take first place. But to have 3 teams go 1, 2, 3 AND set a record for the most fish ever caught in a WTC (79), AND set a record for the highest weight ever recorded at a WTC (152.52 lbs) AND have the same team for the 2016 IGFA OWC....that's the best BDAY present I could ask for. Tomorrow, I turn 32 and will be enjoying our WIN for quite some time. And there's a BEAST in GESTATION at the DEFIANCE FACTORY for deployment in 2016!

People have been asking me how we did it.....

Cornfed said:
People have been asking me how we did it.....

And partnering with a charter captain that has multiple boats out daily!

Just giving you shit since I was on team deal with it coming in at #4, everything was looking good until Herb showed up and took a 150lb shit on our parade

Those shots of the water are awesome! they really capture what it was looking like from the cockpit. We ended up close to a couple of the ARSC boats and we held out until 1:30 before heading in. Can't wait for next year when there is a parker on the podium again.
Reactions: Mad Impulse

Well done! Deserve the accolades handling that weather and getting a new crew on the same page so fast.
Expand signature
“Every day is a new day. It is better to be lucky. But I would rather be exact. Then when luck comes you are ready.” Ernest Hemingway

ALL I can say was that was one shipload of fish, thank you to your team for the donation, the northwest harvest will put it to great use! Thanks to Yours and Mark Coleman's folks for sticking around after the awards to help with tent take down. My feet were literally bleeding (still are a little) from a day of pushing fish and the help was a god send.
Expand signature
Keeping the waters clean, removing BASS turds at every chance.

Outstanding through and through and a memory to last 100 lifetimes for this excellent circle of friends and anglers.

All that we wished for after the 2015 OWC was to qualify again in 2016. We strategized and executed a plan with a wide margin of success built in and it all won.

Huge credit goes to all of the team members involved, too many excellent people to name.

Dusty and I had a great time putting a butt load of tuna on the boat! And speaking of boats, that was a nice ride.. The crew gelled well together as a tuna whacking team! when the bait fishing slowed down, the Jiggas picked us up and kept the fish with us.. A little bruised and sore but we will be ready next year if you need to add to your crew.. thanks again Tommy for inviting us..
Reactions: Team Sency

Great pics Jeff! They are nothing short of amazing!
Expand signature
Not all who wander are lost... 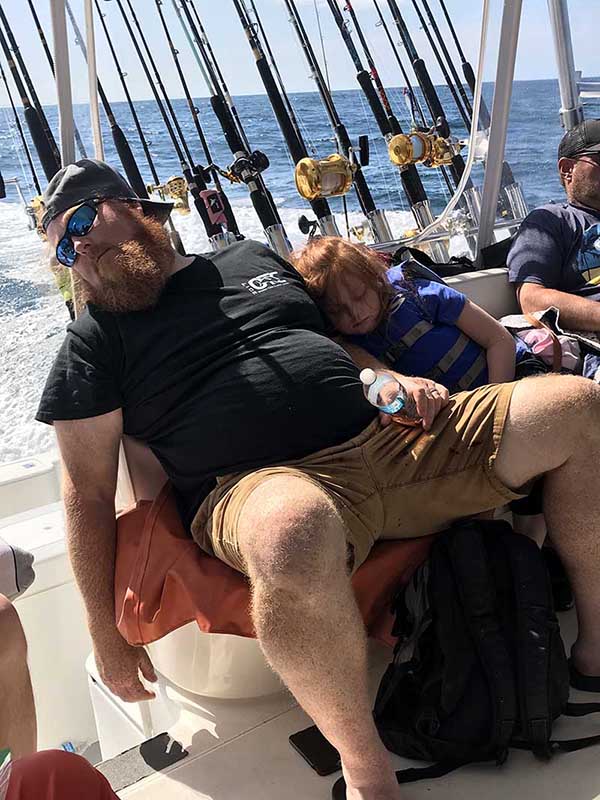 Very well written Tommy, lots of pride showing without too much bragging.

Special props to the photographer!!!
Expand signature
Save Fishing for our Grandkids, and Theirs

all about that action

fishin out of Edmonds soon

One hell'va report...you have my interest in trying Tuna now, super cool.

Congratulations to all the teams that participated in this year's WTC and a special thanks to the volunteers that keep the program moving forward.

Lot's of questions, too many to list, ranging from how did you locate those concentrations of fish to why didn't my phone ring when you were looking for crew.

All the best to those headed to the world event!
Expand signature
"Some call me "Weatherman!" Others call me "Prick!"
My boat is too small but it is a one man fish killing machine!

Nicely Done guys and gals!
Great report as usual Cornbread and yes not many have seen that many fish on deck! Least you didn't have to clean them

Ugg!
Congrats to all that participated and glad the WTC was a success !
Expand signature
[SIGPIC][/SIGPIC]

Congrats to all of you. Killer job.
Expand signature
"Y'ALL OWES US MONEY"

STIFF RODS ARE THE WAY TO GO.

Great finish Tommy and the crew. Thanks for the pics

Congrats Gentlemen!
Expand signature
Fishing and golf share in common that you have different courses. Though fishing is fishing and golf is golf, some courses are simply more enjoyable.

"No, we're not catching"

Boat
Looking for a Delta

Nice work...
Expand signature
If you cork my baitstop, then be prepared for 6 oz. of lead through your wheelhouse window

If it's not going to be the team that I am on.....At least it is my very good friends...Congrats to you sumbitches....Once again Team Defiance dominates.
Expand signature
Gig Harbor Puget Sound Anglers

Solid work in tough conditions. congrats.
Expand signature
If I had a dollar for every girl that found me unattractive, they would eventually find me attractive.

Congratulations again to everyone! I had a blast hanging out with all of you!
Expand signature
Life is Good!

Outstanding photography... best I've ever seen for Albacore. What a awesome report.

That was the best damn report I have read yet. Pros through & through