And it keeps getting better.....big yellowfin and more bluefin

and the season just continues to get better. Not sure how but it does!

Forgot to note, but I'm sure you saw Brett's report. Went out with them last Friday and we hooked up on another nice bluefin. Fish literally jumped out of the water and ate the yummy while the rod was in my hands. Absolutely incredible!

Was out on Wednesday and arrived to the grounds around 7 am. I fished the 43 as it is no secret where all these fish are coming from. Came to the party a little late as when i arrived, every boat in sight had at least a few people bent. Stopped on the first set of meter marks I saw and started to chum. Within first 5 minutes we were bit. Then it just slowly got better and better. I took a group of friends that haven't had much experience on these big fish and boy were they in for a treat. Tee, Brian, and woody did an AMAZING job. We kept the communication very open and had very few casualties. Yes, we lost a few but still managed 4 of the bigger grade yellowfin. Biggest one went 83 on a spring scale and got 3 more yellowfin. Just kept the chum going even though we had double and triple hook ups to keep the fish boiling around the boat.

Im not sure why, but there were boats around us that weren't hooking up and we were just on it for a good hour an half or so and they were just staring then started to ask what we were using and such.

Here are some things that worked well for me.

Gear: Didn't make it by gray light due to the weather…..so they didnt touch the 50/60 pound stuff that much at all so 40lb 3 foot fluorocarbon with a size 1 or 1/0 ringed flyliner hook. We had to use small hooks to match the small bait. Put on a bigger hook and bait just wouldnt swim as good. That was one reason for so many casualties. But like I always believe in…you gotta worry about getting bit first then worry about the rest later.

Bait was on the smaller side and i brought maybe about 4 scoops. Bait was from San Diego as I always launch from Shelter Island. Just give the boys a good $10-$20 tip and I'm sure they will help you out

Be patient. Fish the drift. Eventually the fish will swim through. Dont have too many lines out or else they will tangle.

That was day one.

Ended up being so good that I called another group of friends and I literally just crashed in the parking lot. I know… Im a fishing junkie and I have issues. Just packed all 13 rods I brought for myself and slept in the Parker. I love her. Lol. But this is what fishing is all about. Sharing and getting your friends on experiences that will get them hook.

Plan was to get there by gray and we left dock by 2:15. Still didnt make it in time as we were going slower due to the swells. Doing an average of 14 knots there and 28 knots home. Really wanted to preserve the bait. Weather was ehhhhh. but on the way home was very nice.

Bite this time was all bluefin and we didnt get a single yellowfin. More of a morning bite as things slowed after 10am.

All in all. 2 days of fishing. A ton of of new personal best for myself and friends. As my friend Jacob would say "limits of fun."

I just dont know how it keeps getting better for me…… 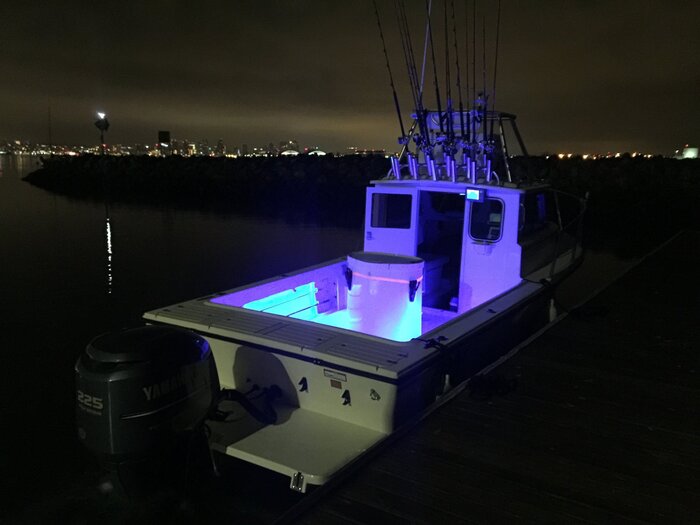 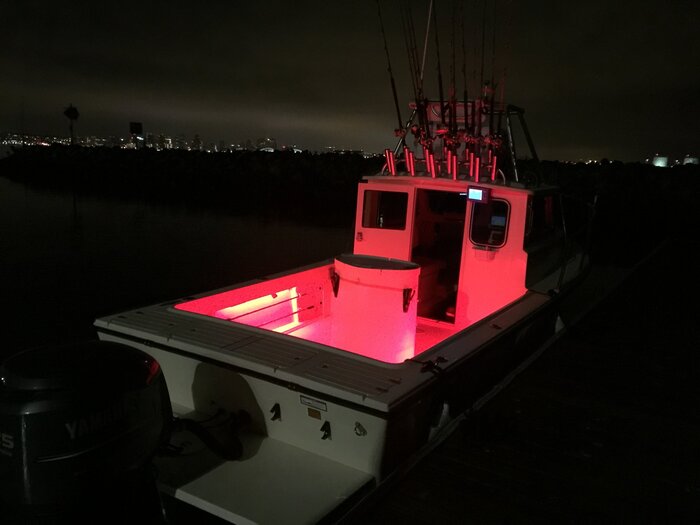 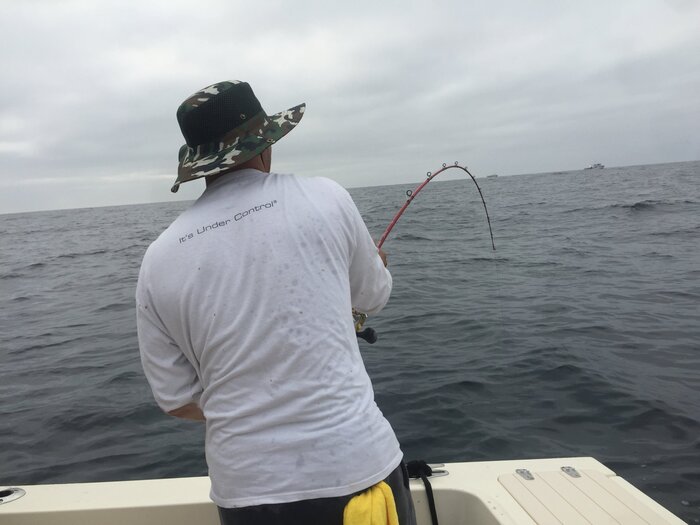 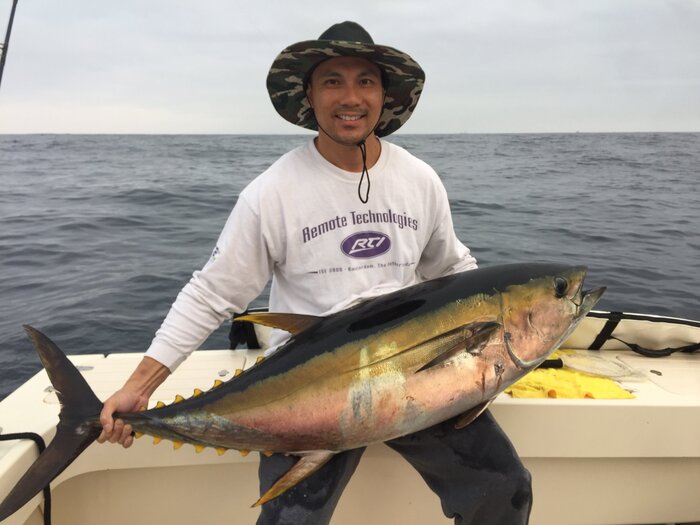 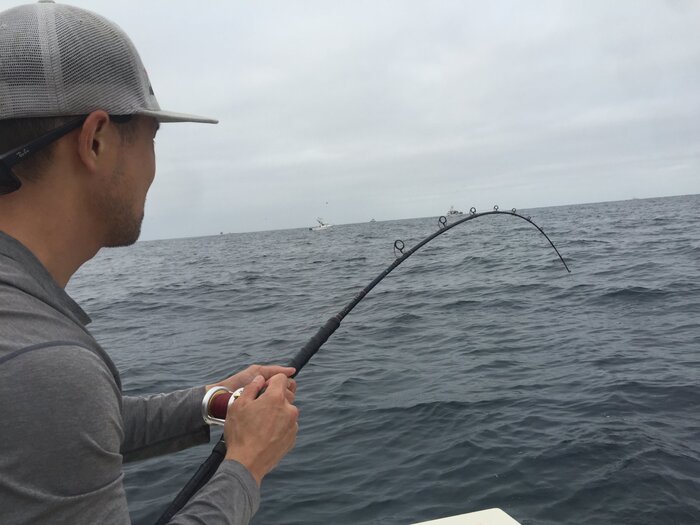 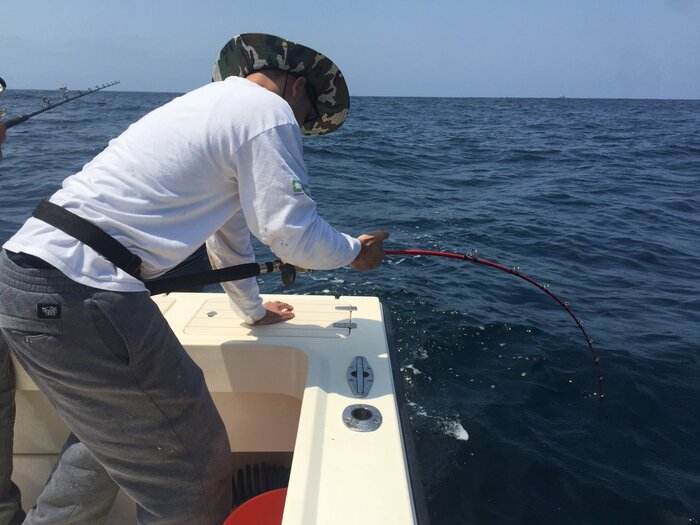 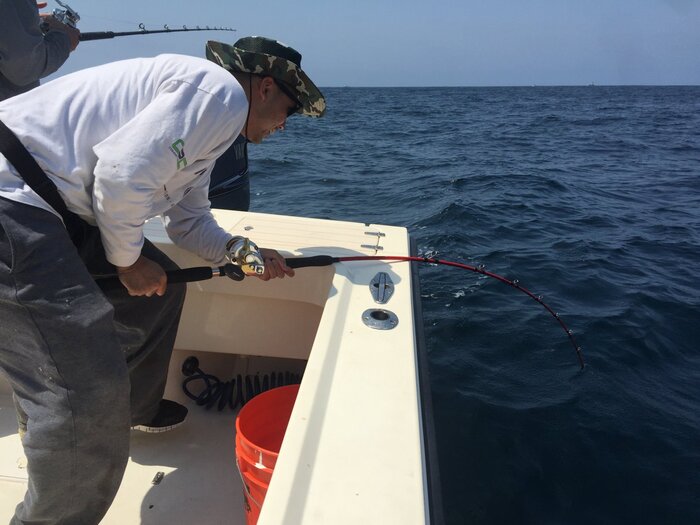 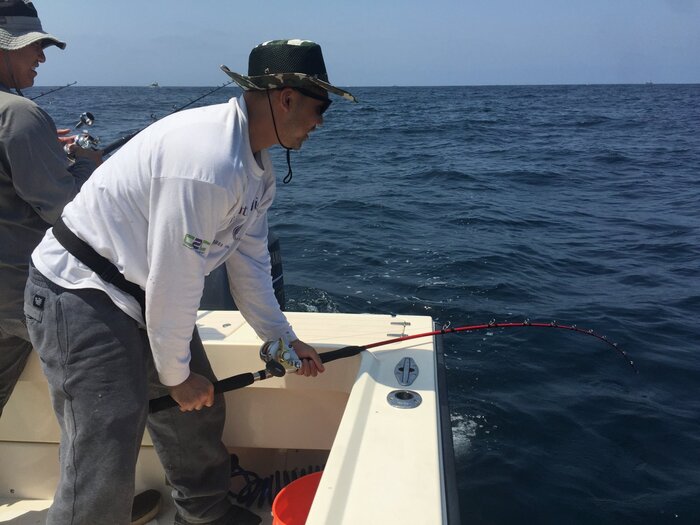 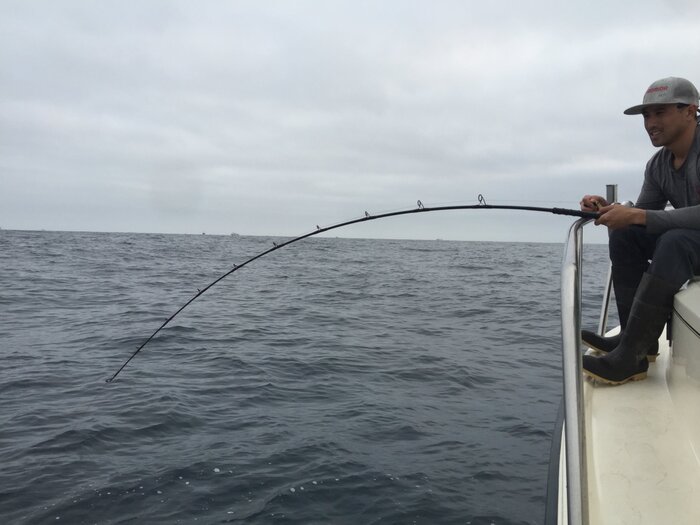 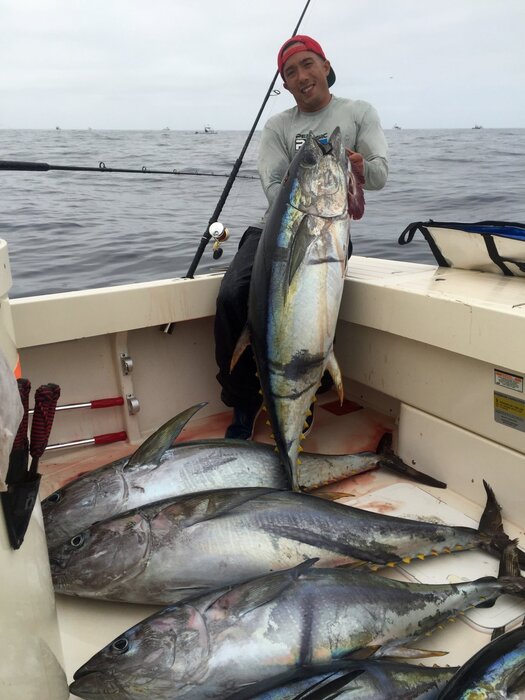 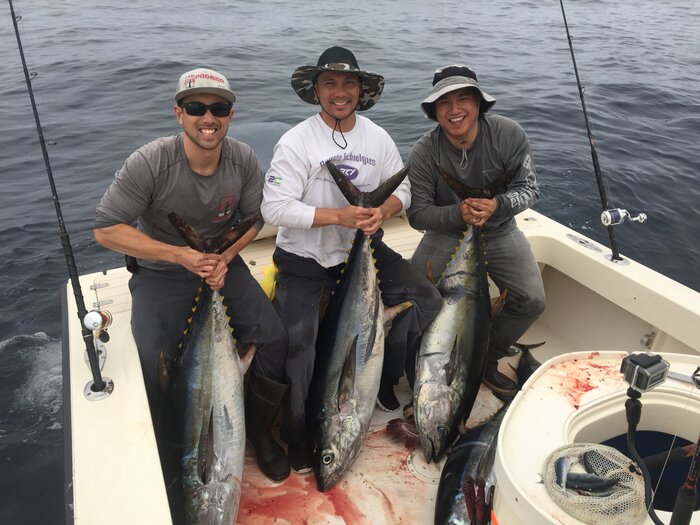 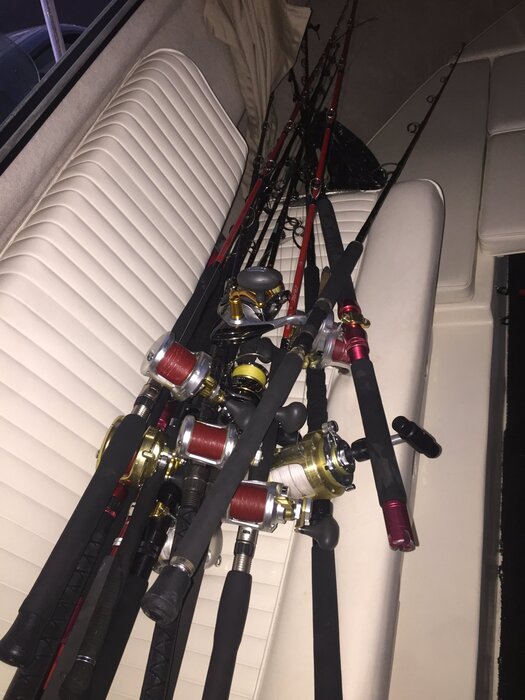 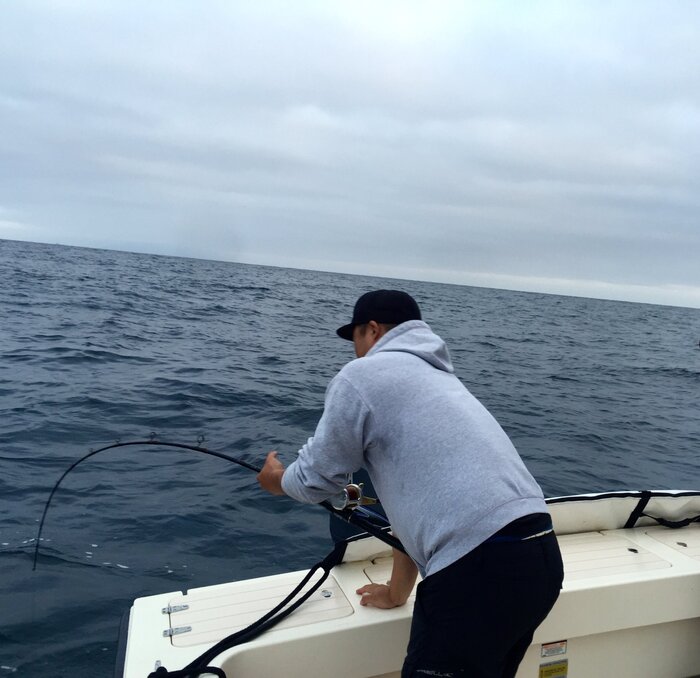 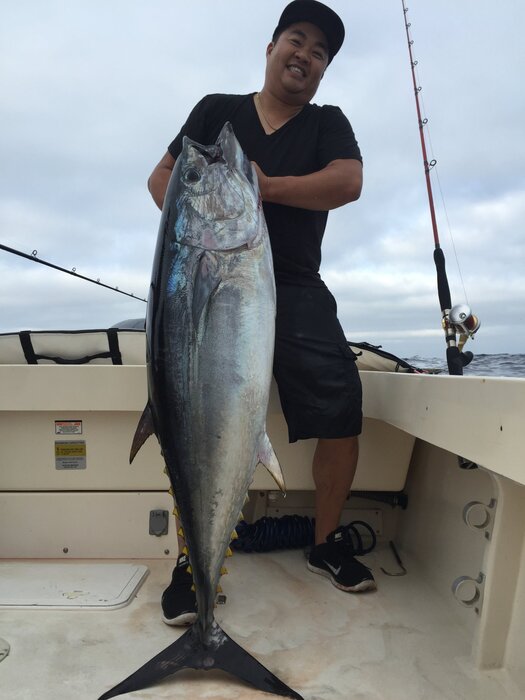 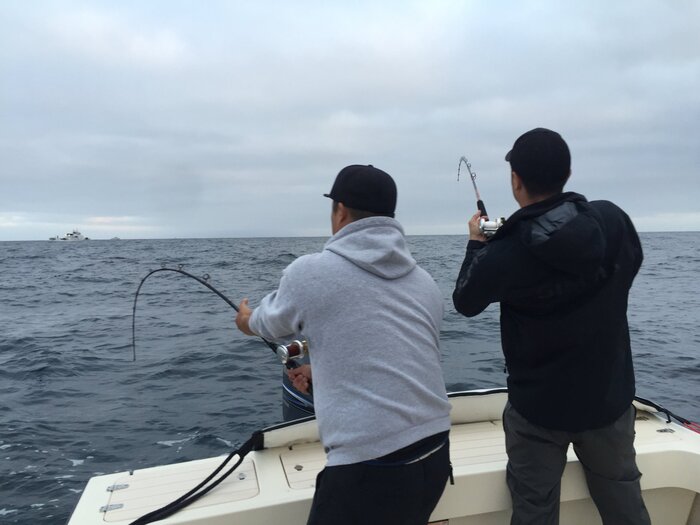 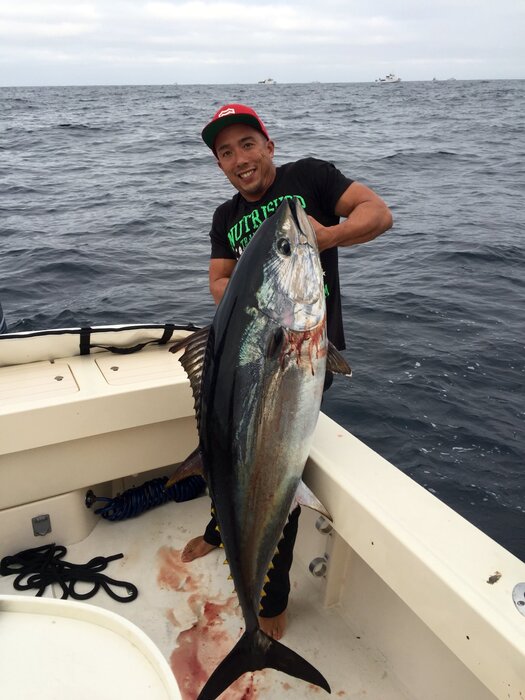 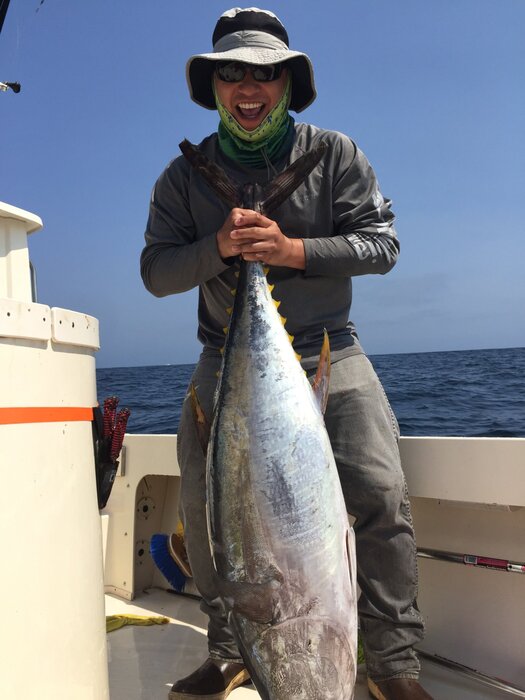 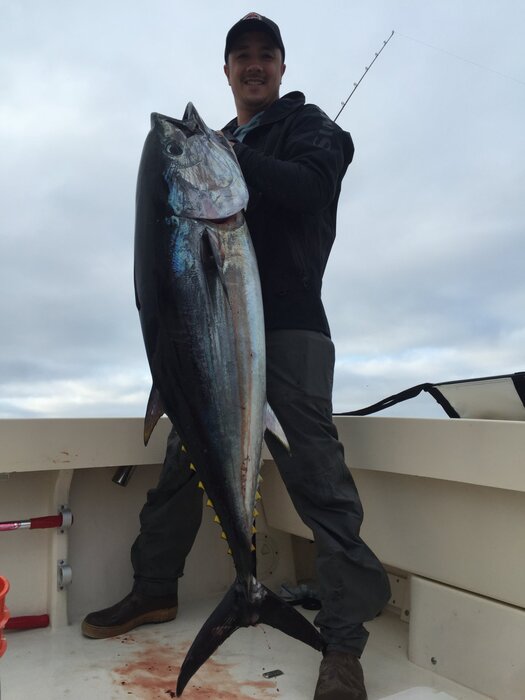 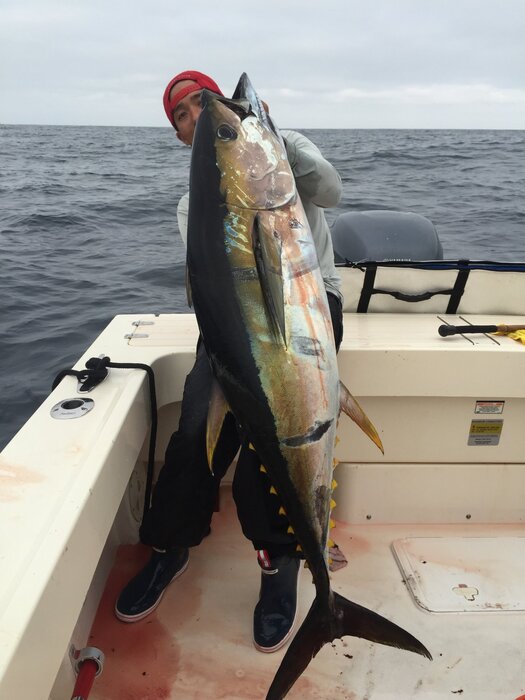 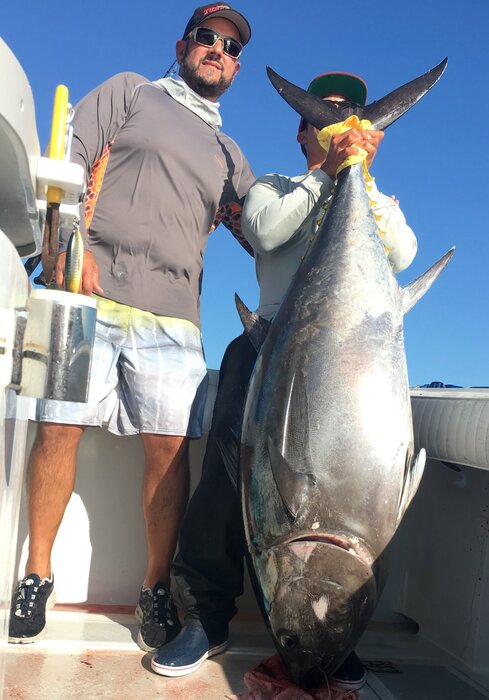 Don't know about you all but I think I'm sick of seeing all of Billy's successes. It's very demoralizing. No offense Billy, you're killing it, but how can one guy slay them every trip and the majority of us get skunked trip after trip. FML
Reactions: Vibora, Rimack, Jaact and 1 other person

luck of the draw

Right on guys. looks like a great trip. Did you get all of them on bait

sean805 said:
Right on guys. looks like a great trip. Did you get all of them on bait
Click to expand...

Yes, all on fly line sardines. One on Mac. And about 7-8 hours of trolling the yummy for nada.

Have a half ass effort on flat fall but fish were boiling and reacting to bait. But I also didn't make it before gray in which I would have concentrated on flat fall.
Reactions: bassackwards160 and sean805

cbadcrew said:
It's an Asian thing!
They are one with the fish......
Just say'n

I sense them lol

where do I buy your book?
Expand signature
i fart in your general direction...
Reactions: onehottip and Minions

Very kind of you to provide a report and techniques to us mere mortals.

WOW!!! Awesome trip. Thanks for sharing
Expand signature
><> WISHING I WAS FISHING <><

I'm glad someone is having a hell of a season, as 99.997% of us are getting skunked
Reactions: Jaact and surfsalot

Wow your timing seems to be impeccable. .... congratulations again. Let me know if you have any spots open.

Just keeps being an unreal year for you Billy, congrats.
Expand signature
Thanks for your report. Hook up! Cory

The craziest big tuna fishing season is definitely upon us. You are the nailing em, and continue to catch as the bite evolves. WAY TO GO!!!
Reactions: Fishingguy

Poor mama holding the fort down solo while you play!
Reactions: Fishingguy

Boat
The one on the fish

Well done.
Expand signature
This ain't Russia; Do what you want!
Reactions: STANWOOD BOB
A

Very nice job on the fish.

Curious, how big is your Parker? Looks like a 2320 or 2520 from the picture with the three of you standing but I could be wrong; love the bait area you added in the center, simple but effective.

Oh, and you were smart to avoid the weekend. About eighty boats out there right now as I type this. More boats than fish.
Last edited: Aug 27, 2016

You are truly a master!

Straight quality right there!!!
Expand signature
God is great, beer is good and people are crazy