But first some history.

My fishing career began in the late forties. Along the Gandy Causeway they were numerous rock piles within wading distance from shore. These rock piles were home to large schools of juvenile Mangrove Snapper. They were tricky, but could be caught. I caught them!

In the early fifties my parents introduced me to the 'far-off' Snapper Banks a mile off Port Tampa.

Finally we worked our way to off-shore boats. However, the boats of the day were still very limited. Could head boat fishing possibly be the answer? After all, the tremendous cost would be shared by many.

Decided to take a close look at Hubbard's Marina. After all, Hubbard's had been in business ever since 1928.

They must be doing something right.

By the mid to late seventies I could take it no more; had to see for myself.

The Florida Fisherman l was a 90' old, rusted, fishing boat. The bunks were down stairs and very hot. The food and drinks were extremely limited:

The Gag Grouper and Mangrove Snapper fishing were excellent, but there was absolutely NO Red Snapper.

Changes were on the way when Enbridge Inc, a Canada-based company, announced the US Gulf of Mexico Big Foot Oil Pipeline. The Pipeline was to be built in five stages. The first three phases were cleared for construction and operation in February 2001.

Placement of pipe in Tampa Bay was started in July and the construction in Florida was launched in October 2001. The pipeline was commissioned for operations in June 2002.

The pipeline originates from a gas gathering system in Mississippi and terminates in Coden, a coastal fishing village in southern Mobile County, Alabama. Here the gas is compressed at compressor station (CS) 410.

With the pipeline came Red Snapper. Did the American Reds follow the pipe line? Some experts say No; others YES.

Regardless, we one again have Red Snapper:

NOAA says the ARS stocks are in danger. We who fish say NO WAY! Often it's impossible to get away from them:

The Florida Fisherman l was a 90' old, rusted, fishing boat. The bunks were down stirs and very hot. The food and drinks were extremely limited.

The all aluminum Florida Fisherman ll is a lot different. Better bring a blanket even in August. The bunks are comfortable and those huge AC compressors play no games:

For many years the American Red Snapper has been a 'Battleground' with the American fisherman forced to face extremely short seasons and very low possession limits. Hopefully With the Great Red Snapper Count this is about to change.

The Great Red Snapper Count began in 2016 when $10 million in federal funding was made available for a study. The goal for the two-year project was to create an independent estimate of the snapper population in the Gulf.
According to a summary by Chris Oliver, assistant fisheries administrator for the National Oceanic and Atmospheric Administration, the new information comes from the Great Red Snapper Count, a survey conducted by the Harte Research Institute for Gulf of Mexico Studies at Texas A&M University. On Thursday, a team from the Harte Institute Scientists have presented findings to Congress that report there are more red snapper in the Gulf of Mexico than previously known. Preliminary results show "low-relief" areas account for two-thirds of the population.
Mobile Real Time News

To us this means two-thirds of the ARS population has not been accounted for. Hopefully this equates to much longer seasons & realistic possession limits. 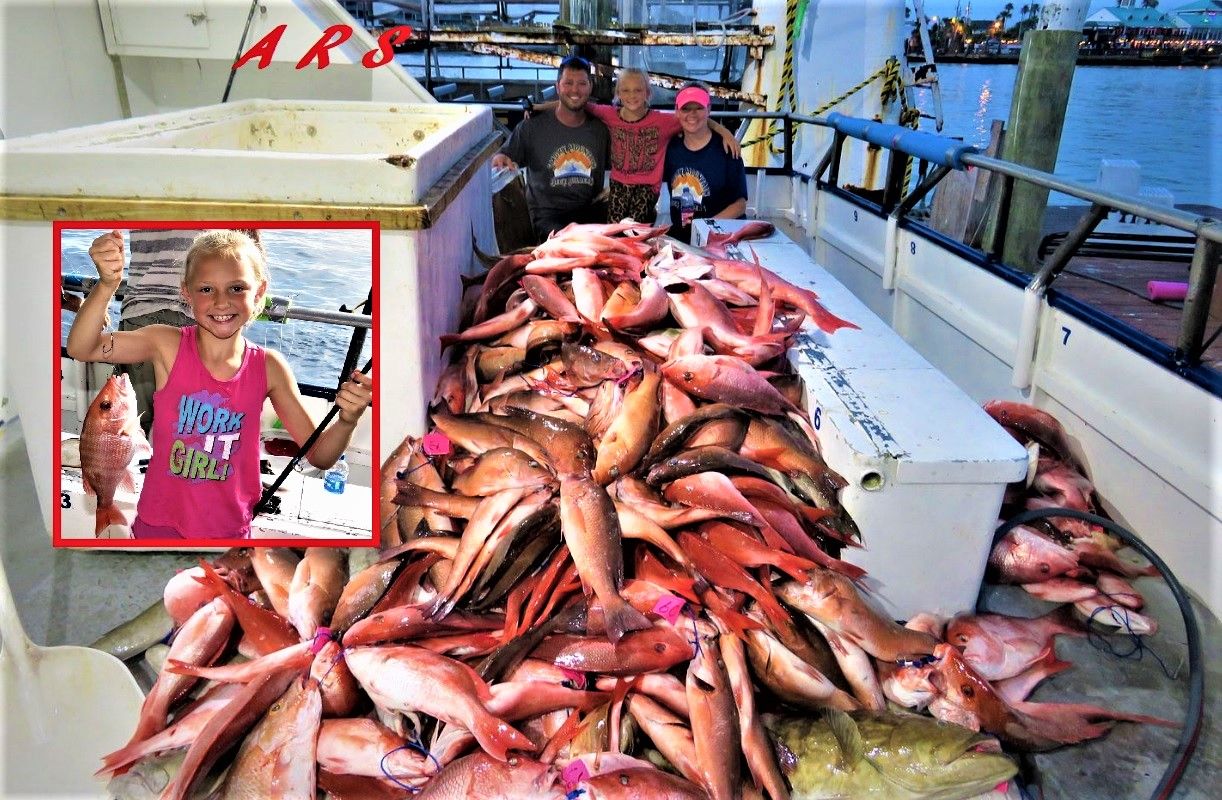 The Florida Fisherman will be out of service on dry dock until 10/23/20:

In it's place the Friendly Fisherman will be running mostly 1/2 day trips:

These trips can not only be extremely fun, but very productive:

Hopefully the new year will bring a much longer Red Snapper season with realistic possession limits for everyone.

Check out the action packed video:

Bob, that is some really awesome news.

Thanks for the update.
Expand signature