This report covers a 1.5 day trip on the American Angler. The boat left on Tuesday 8/10 at 6 PM. We fished starting about midnight on the first night through sunset on the second night, hitting areas around San Clemente and Catalina Islands, plus the beach off San Clemente. We started out jig fishing on the first night at different stops. Some jigs were more successful than others and it appears you didn’t *need* a glow jig to get bit.

The BFT, and a few scattered YTF, cooperated and bit jigs through sunrise, with a switch to bait also producing. As the morning progressed, the bite slowed and it got pretty windy for a short period. There was a slow pick of 30 – 40 lb. BFT but we had already achieved our limits by late morning plus a few YFT in the mix as we moved closer to Catalina. With a much-slowed bite, scattered fish and choppy weather we headed to San Clemente for YT and landed several 15 – 20 lb. fish by yo-yo, surface iron and bait. Much calmer weather and good way to end a short 1.5 day trip with limits of BFT and then a shot at YT. Fished hard to the end.

*** Tuesday Night – 5 AM Wednesday Morning ***
Left at 6 PM Friday with a load of about 29 people, a bit less than normal because of COVID. Great to leave before 8 PM given the Point Loma parking situation these days. Plush the captain (Ray) had already hit the bait receiver so we heading straight out, rigged up and got a dinner.

Got informed that the trip would aim for BFT and that we would be jig fishing starting that night. Some we jigging around midnight and a few fish were caught. I woke up at about 3 AM and started. Here’s a picture of the jig I was using. 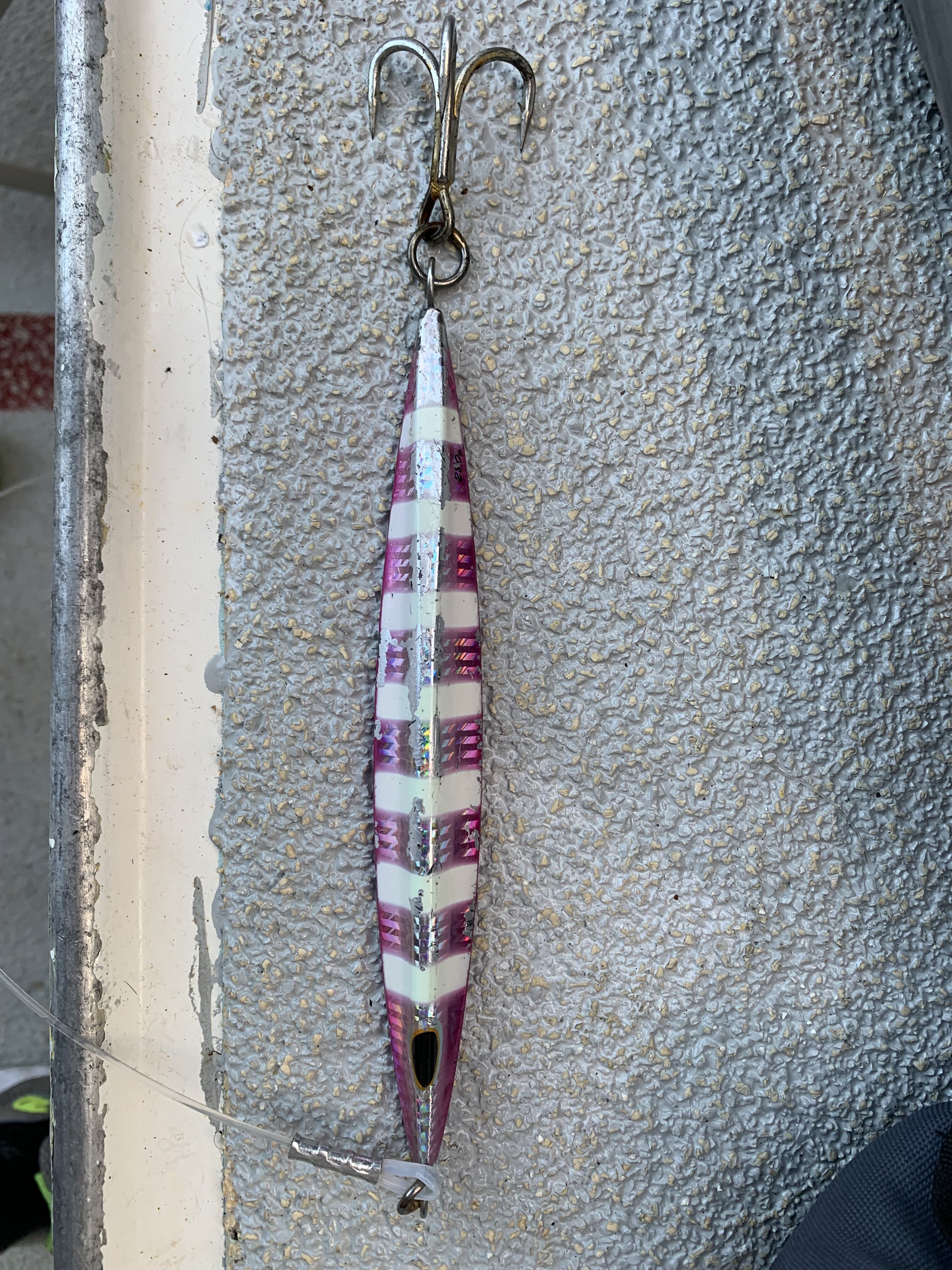 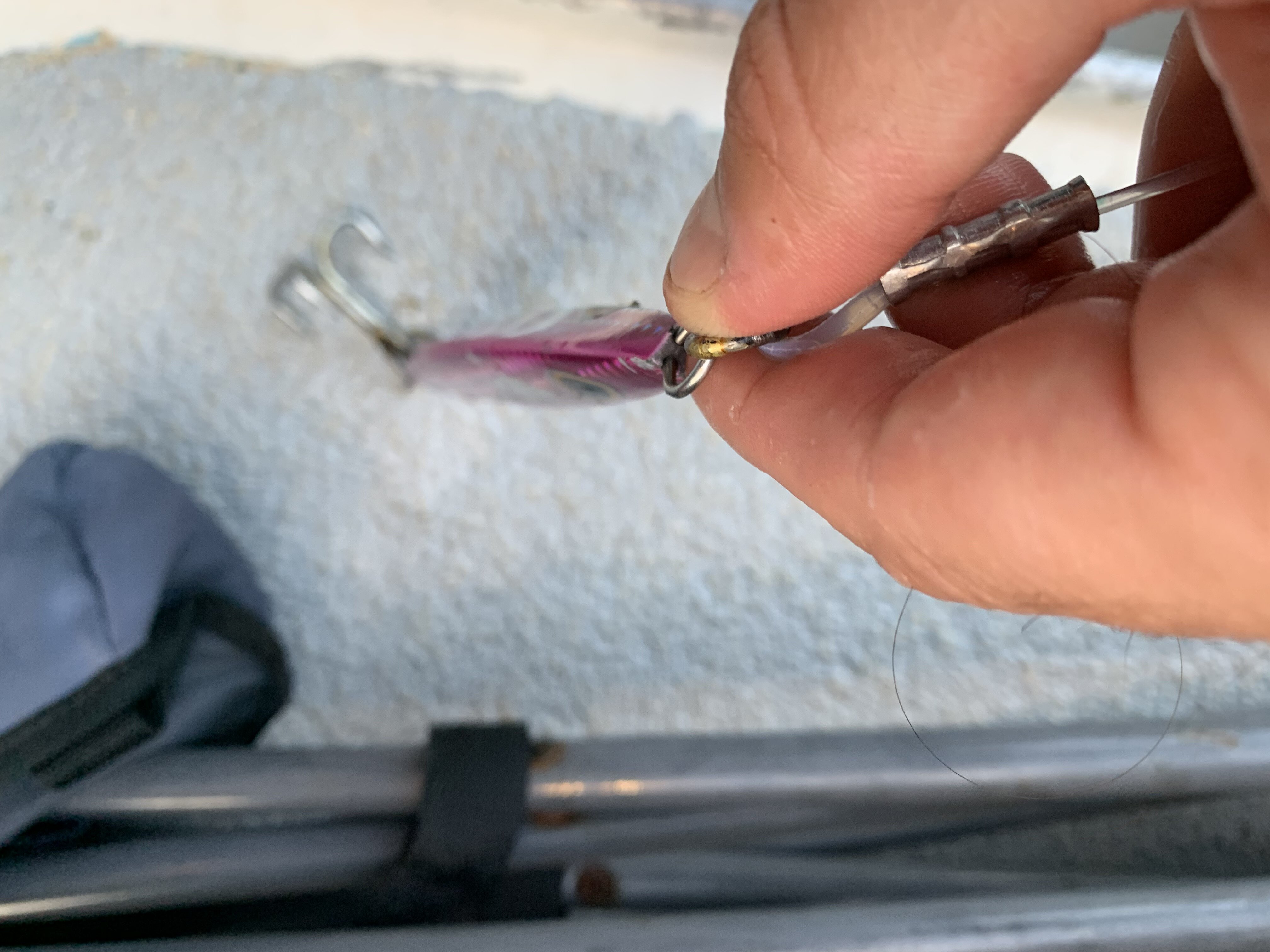 I had brought a 300 gram glow flat fall. But, another passenger, whose advice on what jig to fish I wouldn’t even question, gave me something different. Not sure what it’s called. But, it easily caught fish (see picture below) which were hanging out about 150 down and caught on the drop. Handed one off also. It *seemed* like these “knife” jigs were getting bit better than the big glow flat falls. We were catching fish on the jig steadily right up to about a half hour before sunrise. 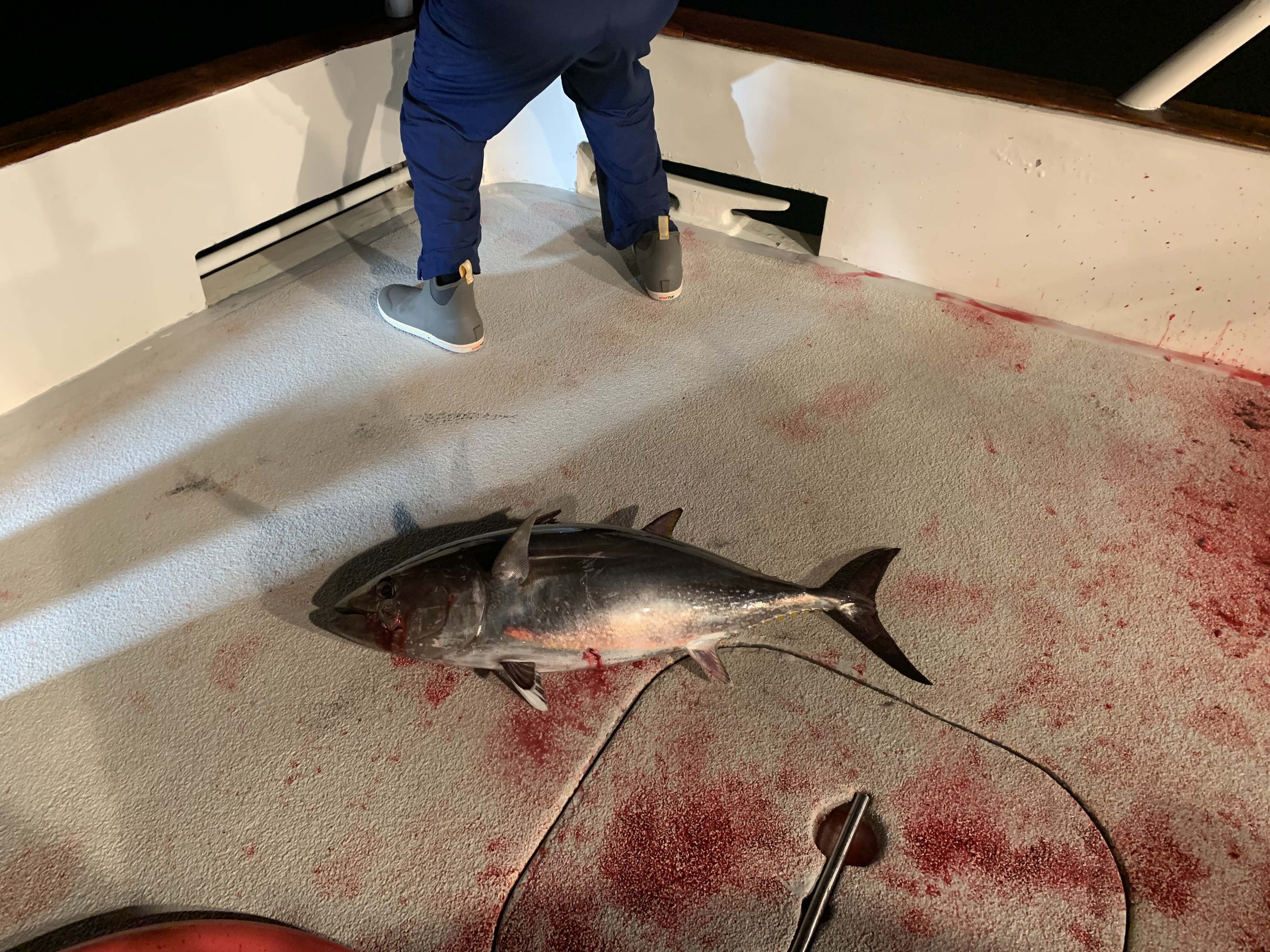 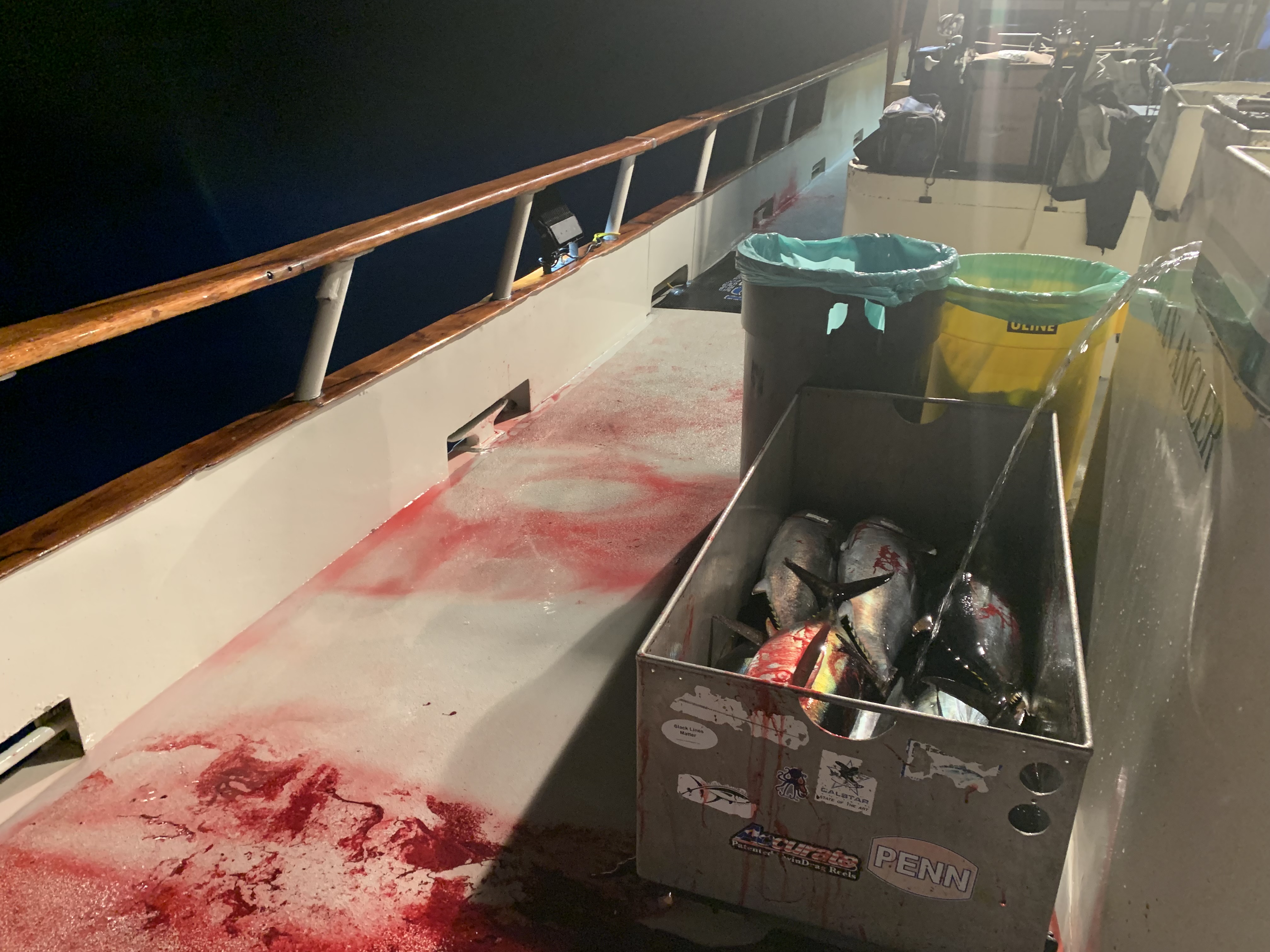 *** Wednesday: Sunrise to Sunset ***
We were somewhere in the vicinity of San Clemente and Cataline Islands. As the jig bit faded, the BFT rose to the surface and would boil on chum baits. We spent a few more hours catching mixed BFT and YFT on bait. Flylined bait worked best, There were not many using sinker rigs, though I tried and was not successful. 25 lb and 30 lb line worked well. There was no need to go higher or lower – the BFT weren’t so picky that you needed to drop to 25 lb. I gave it a try but they bit 25 lb. just fine with a size 1 ringed owner J hook. Maybe…30 lb. would have increased the YFT/BFT ratio, but who knows. The wind really kicked up for a few hours and it got pretty choppy, then calmed down a bit. But, by late morning, close to noon we had our limits of BFT and the fishing had really slowed. 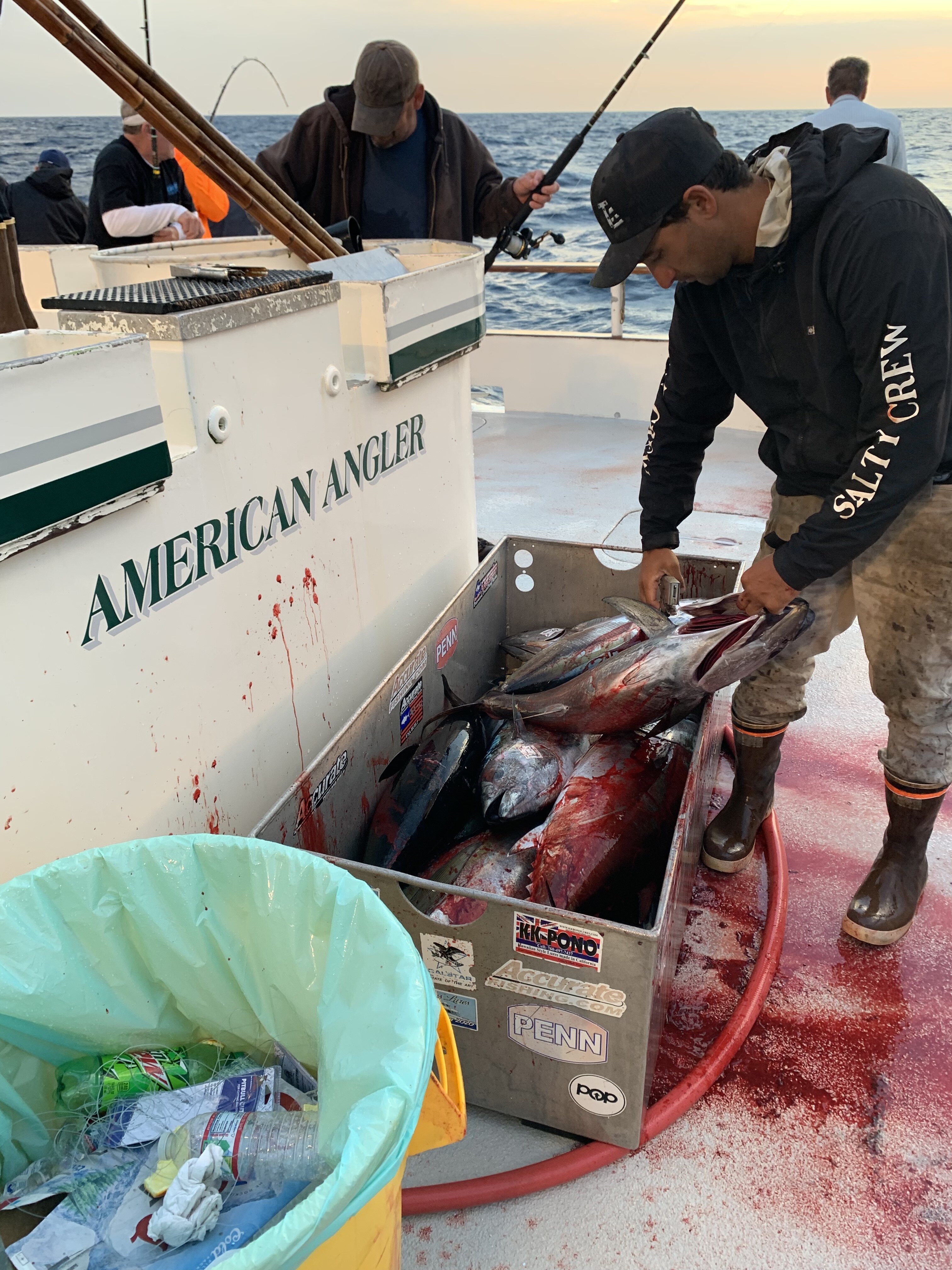 So, we made a move to San Clemente for YT. Anchored and drifted a couple of spots along the eastern side of the island and picked away at YT and a few throw-back calicos. The PQ was also there. I caught a 19 lb. YT on 25 lb. line. It was a great way to end the day and the trip. We were lucky to have limited out early to have the ability to hit the YT in the afternoon. 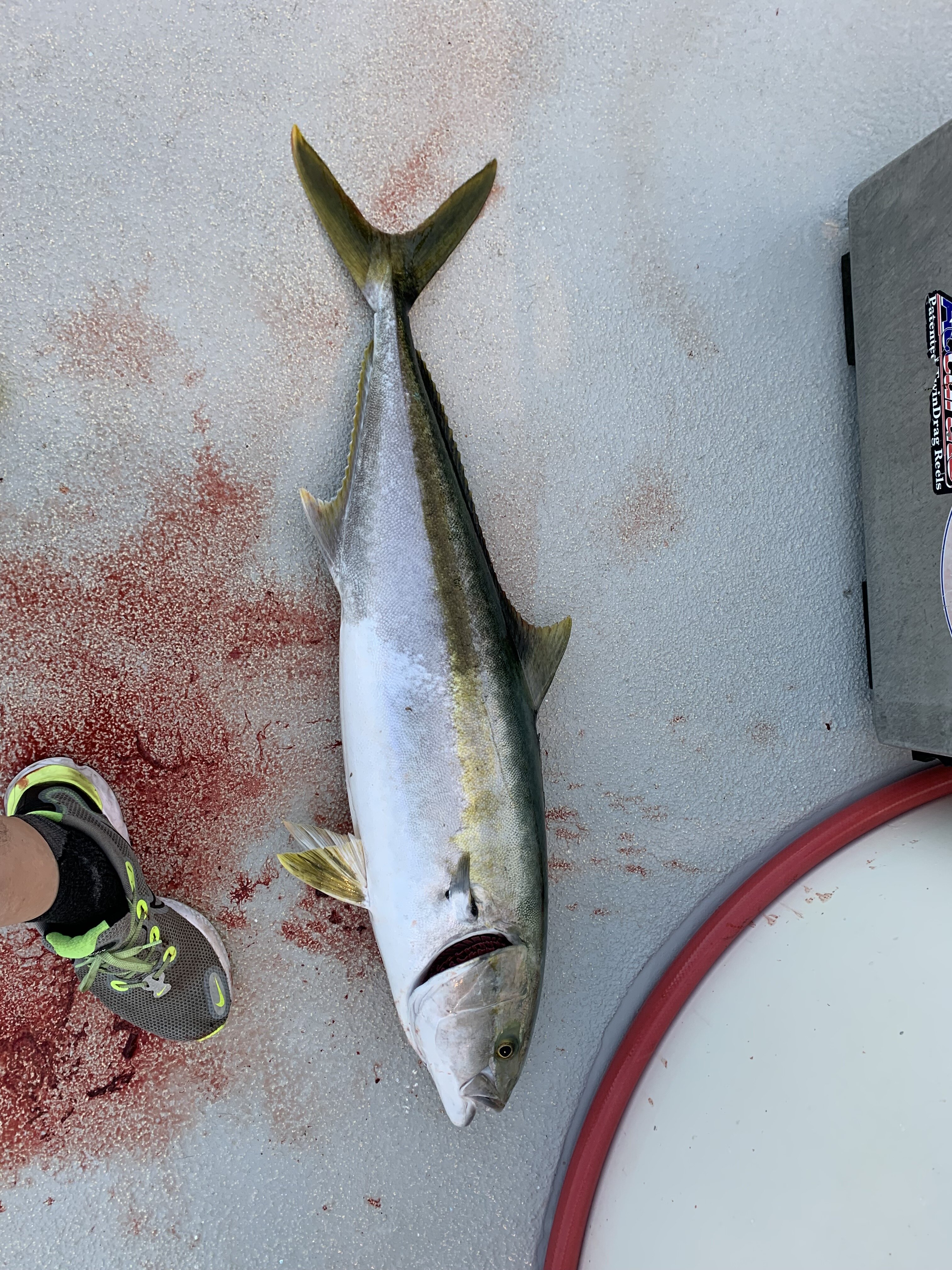 I used a fish cam for underwater footage – called a GoFishPro. Worked down to about 400 ft. Don’t think I captured much but if there was something interesting I’ll add it to this post later.

A couple of things I learned or can point out…
If you might be jig fishing at night, bring another 1-2 jigs beyond just the standard glow flat fall.

*** Bait ***
5” sardines. Good quality and lasted and were effective for YT fishing at San Clemente.

*** Weather ***
Original forecast was for calm winds but it wasn’t accurate. There was wind and chop during most of the morning. It did quite down quickly at one point though. Rest of the day was very nice.

***************
*** Knots ***
***************
Bimini to worm knot for all spectra-to-mono connections.
Loop-to-loop connection for all bimini / wind-on connections.
Spangler (for mono) or palomar (for fluoro) for all line-to-hook knots. I don’t know which is really stronger (Spangler or Palomar) but I consistently tie the spangler for it’s small knot size for stealth purposes. 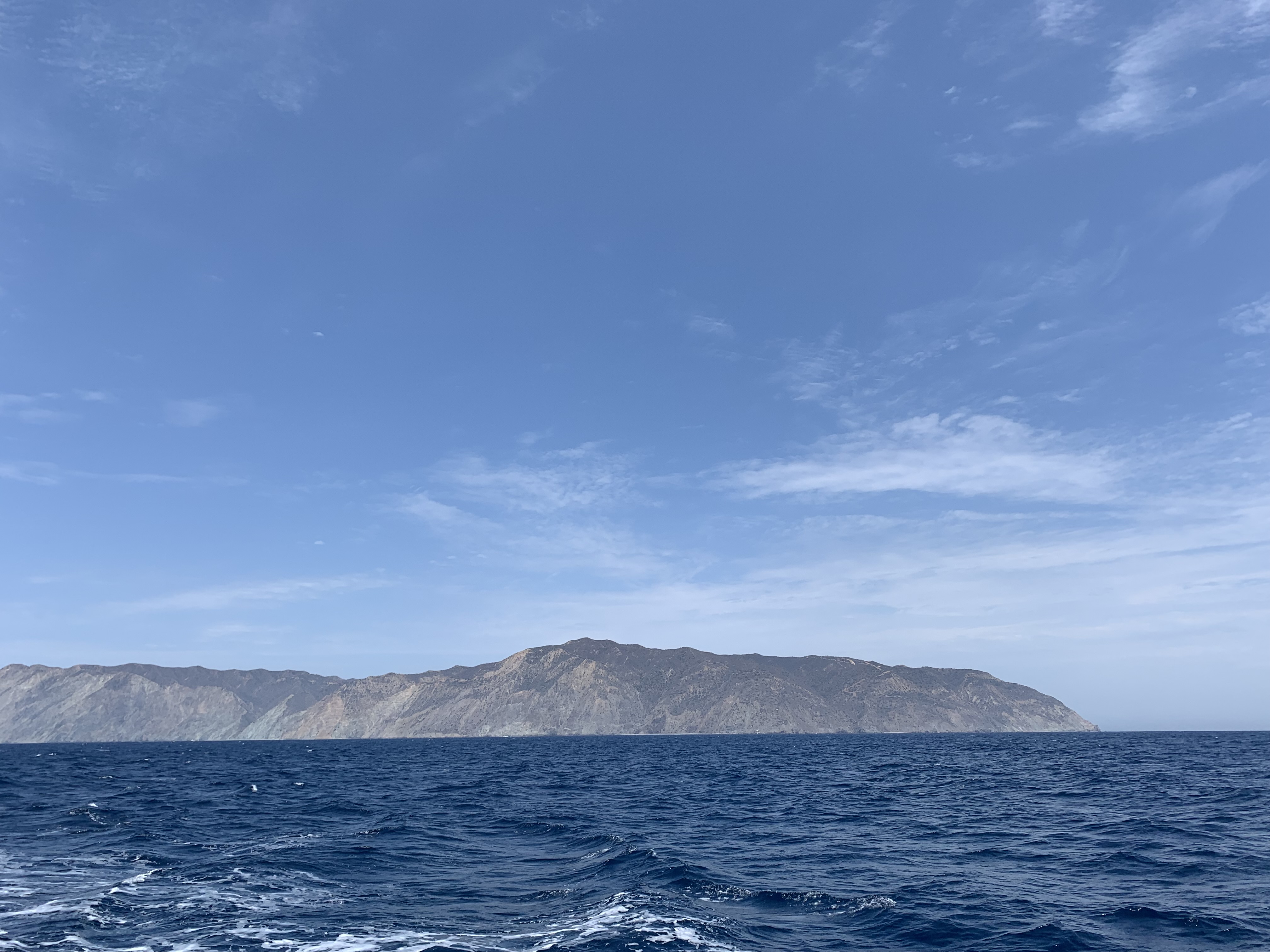 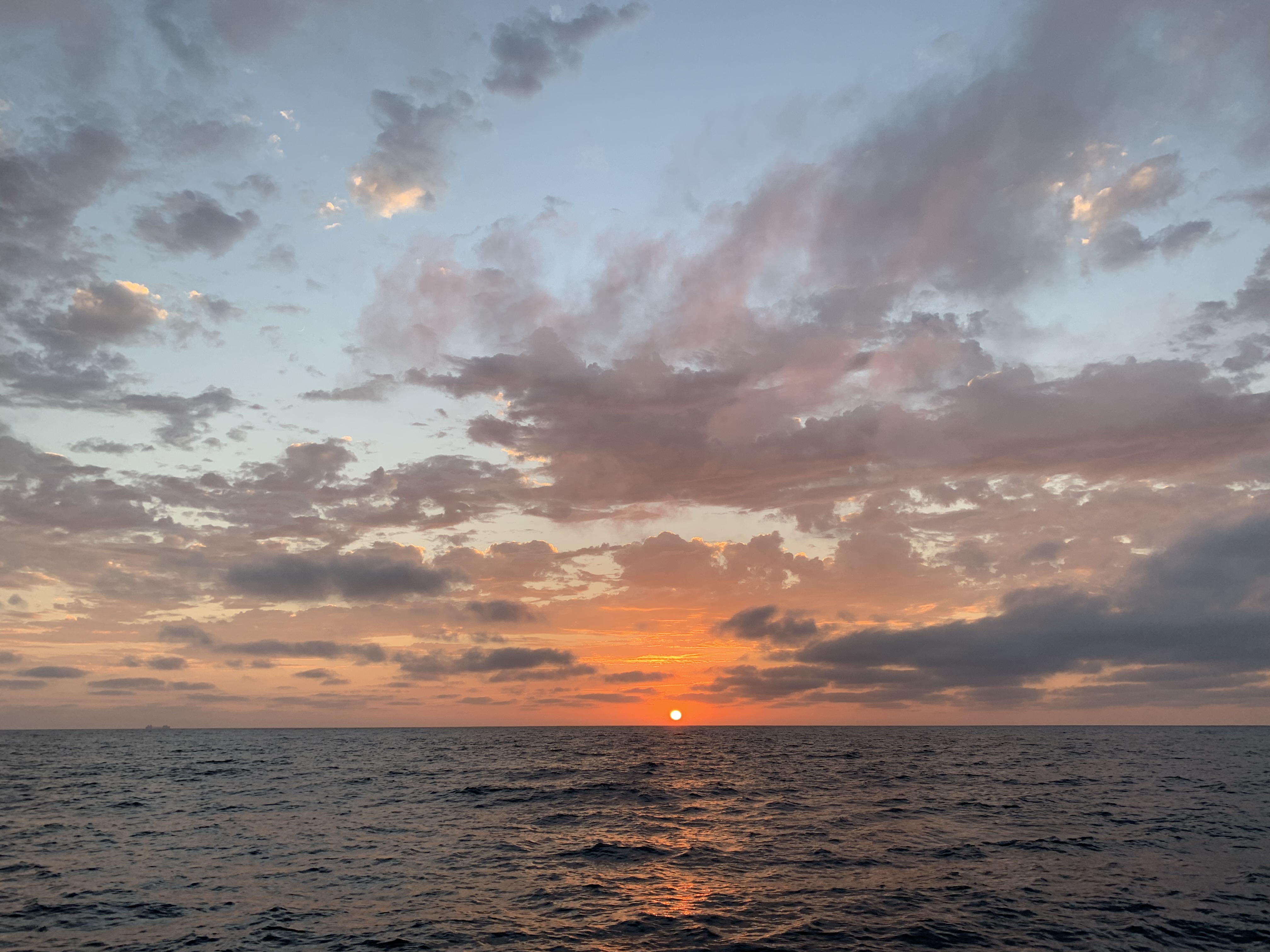 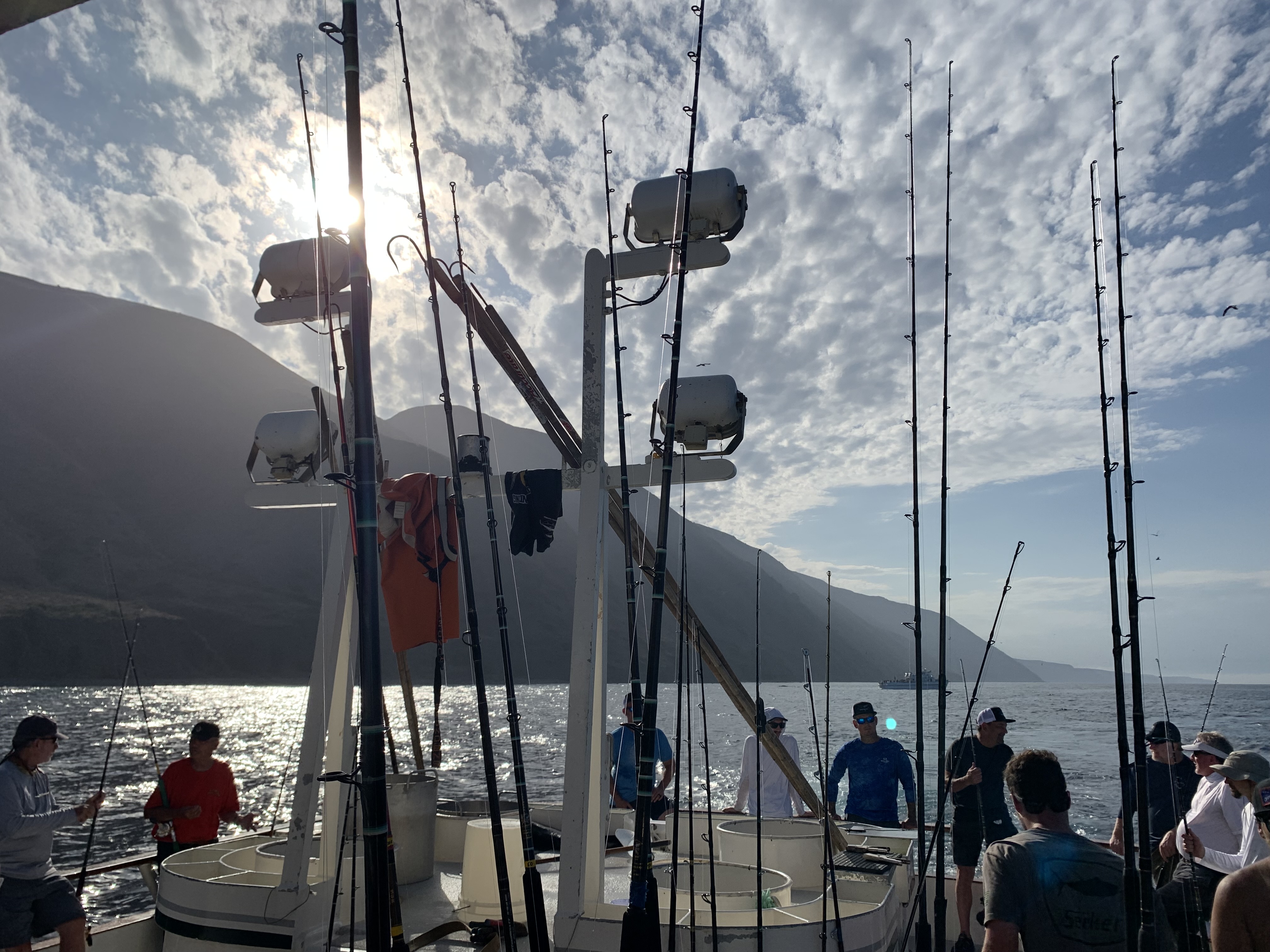 You are fast, Matt. Great trip--and summed up well! We got three completely different looks at fish and fishing with the night bite, the day-time flyline stuff, and finally the island fishing. Almost a full long-range experience in about 24 hours.
Last edited: Aug 13, 2021
Reactions: bob1825 and Tuna Dreamer
Upvote 1

Excellent report! You picked the right day and made the most of it!
Upvote 0

This is how reports should be written. Very informative.

GREAT REPORT,Pics,Info...and NICE load of fish for all!!
Upvote 0

Love a detailed report from a pro - many thanks!
Upvote 0
Show hidden low quality content

Offshore Relentless 1.5 day trip, Limit of YT, no BFT at all