I really don’t like fishing on holidays with all the yahoos out on the water but I needed to get out after a failed fly fishing trip to Utah.
We left the boat ramp a little earlier than usual and after waiting in the bait line we made it to our first spot around 645.
Started off slow. 3 small halibut and a 15” sculpin. Decided to head out for rockfish and after that. Tried a new area closer to Point Loma in 85ft, that looked fishy. First drop my buddy starts pulling something up that looks like kelp, no fight just dead weight. Get it up to the surface and it’s a 30”+ plus lingcod with a 12” Johnny bass in its mouth. I tried to get the gaff but he spit it as soon as he got to the surface. Boated a few more rockfish and whitefish after that but it was kinda slow. I also hooked up on something large that put my jig in a rock. The line broke at my reel and fifteen minutes later I caught the jig and all the line.
We fished the kelp for bass and they didn’t want anything to do with swimbaits. They were also being very finnikey with fly lined dines. They would run up to them then swim away. We boated six or seven.
This is where some weird events happened. I threw my sardine into a pocket in the kelp and what looked like a huge bass came up and ate it. I set the hook and up to the surface comes a bird. I worked on getting It unhooked and after almost getting bit three times the cormorant swam away. As soon as I let it go a sealthat was following us grabs a bare hook that was in the water and pulls my Daiwa Catalina 5000h and Lamiglass Bluewater into the boat. If you can remember a month or so ago I wrote a post about how my saragosa got pulled in the water. I was not the one that had the pole over the side.
We could see the seal jumping trying to get the hook out of its mouth so we started chasing it. Saw some line wrapped around the kelp and pulled it up with my rod and reel still attached. Crisis adverted.
We went back in to fish for halibut after that. Started off slow landed five shorts and a fewbass. My buddy hooked up big and pulled the hook at the boat. My other buddy gets a bite in the pole holder and the rod snapped at the butt. Still landed the fish that measured 31”. We lost a few more big fish after that.
Fishing got slow and a seagull started to fly in the boat trying to get bait. I’ve never seen a bird so aggressive trying to get fish. Literally in the boat. After some attempts to get it out of the boat it turns out all we had to do was show it the end of a bamboo gaff and he flew away.
Hopefully turners will give my buddy a new California rod under warranty. He got the rod a few weeks ago. Not the most productive day but one with a few memories.
Here’s my buddies butt and a random trout from Utah. It’s not the big butt. He has those pics not me. 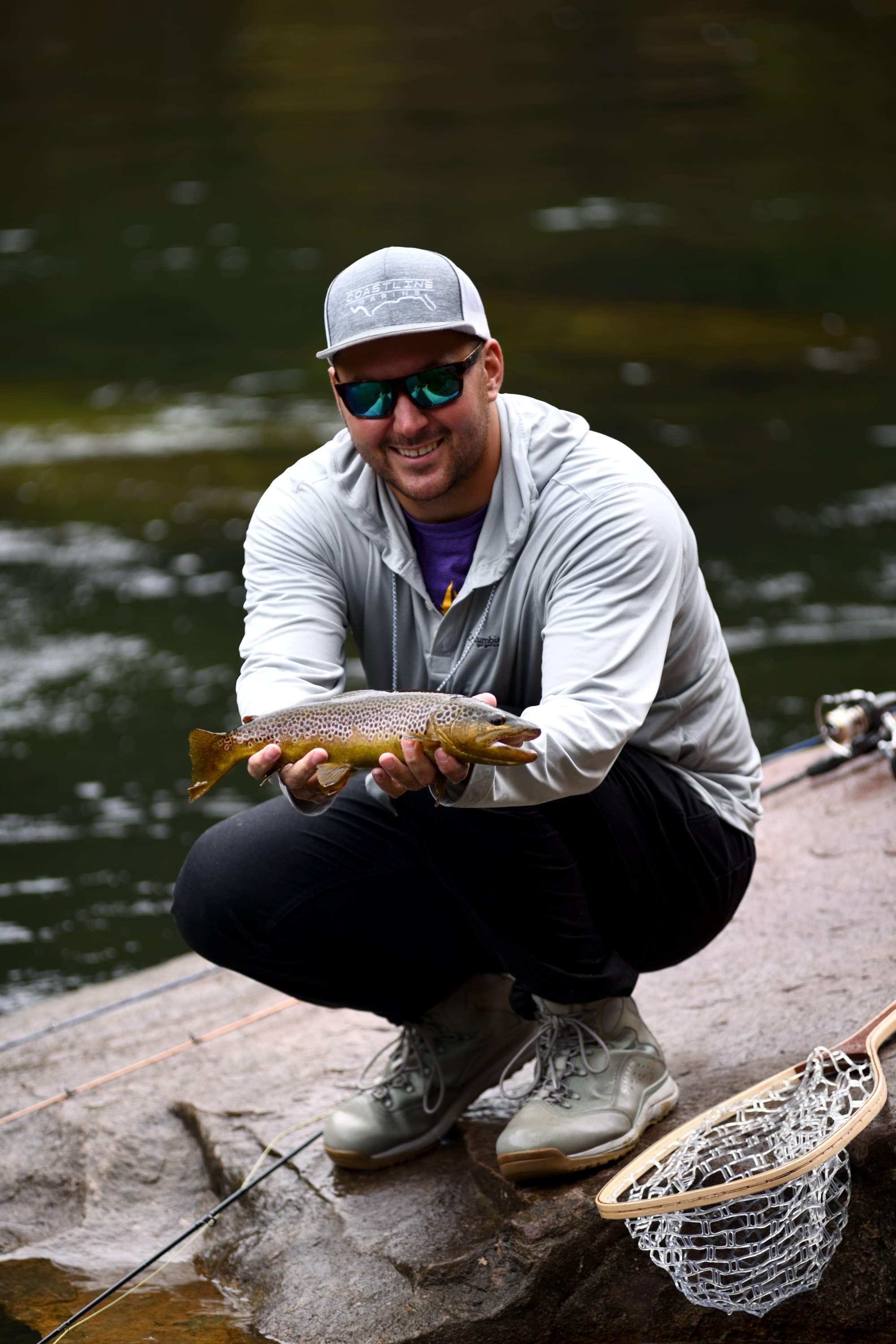 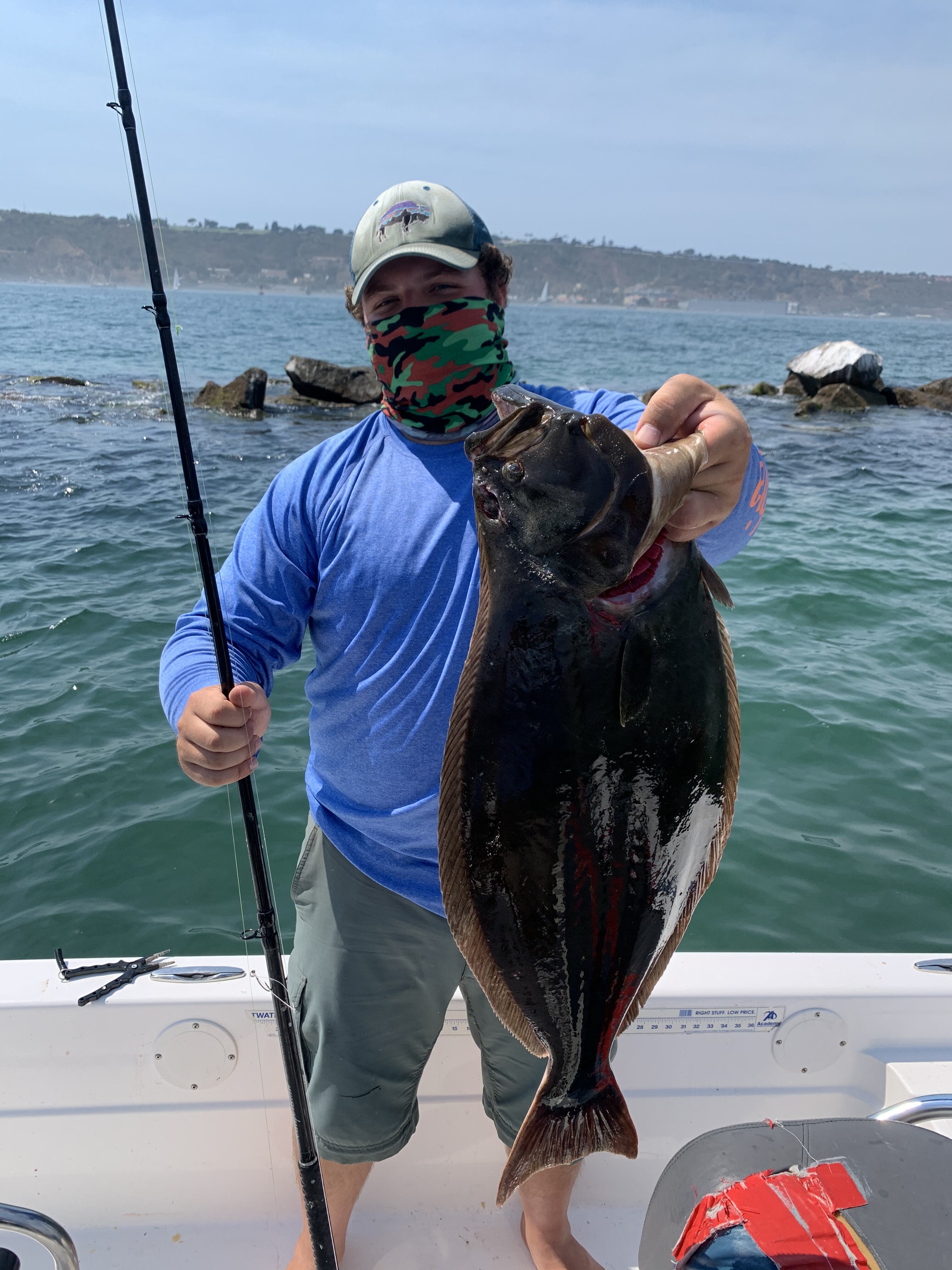 First picture is excellent! I wish I was there fishing.

Definitely a hell of a day.
Reactions: MattFred1414
Upvote 0

How many bananas were aboard? Sounds like a crazy day
Reactions: mhanson59hb, djd35de, kelp4brains and 1 other person
Upvote 0

Wow, crazy day. Thanks for the report.
Upvote 0

I had same experience in PL on Friday, catching a cormorant that is, but no Ling or Butt

Offshore The thrill of victory and the agony of defeat