Lazy after 10 a.m. start. Tide was high in the harbor, so I trolled a bit. Nothing.
Headed out and fished the right side jetty for a minute. Alex caught keychain Calico.
Water was 65 degree mostly and green. After a few minutes, headed up to yellow buoy on the the LB side of Esther and drifted with the sock out.
Small purple colt sniper got me a tiny Sandie in 40 ft of water. Was bobbin around for a hour or so and I felt a little 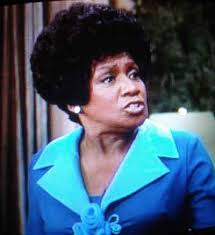 So I headed into the harbor and trolled some more. Nice cruising and Alex's Crankbait twitched some and he got this hungry guy.

Ran across MRJIGS in the harbor, and he held up a big Ling and Red he caught earlier offshore.


Funny. In the morning we helped a guy with a battery jump.
After I washed down the boat and was ready to head home from the harbor, I had a dead battery. Flagged down a guy trailering his big boat and asked him for a jump.
He gave me the "are you kidding me" look, as I understand he was towing. The passenger jumped out and grabbed his portable jumper and went to help me.
Negative terminal on battery was cruded up . He try a few times and was able to help me start my truck. So cool of him.
Shout out to Chris!!!!

Same story. The mix swell was not good even on the anchor. 1 short sandy and a 17" calico. All on the iron and a lizard fish in the harbor.
Reactions: pacificscout
Upvote 0

that's a lot of cargo ships sitting out there.
Reactions: Tim Turis and pacificscout
Upvote 0

mike82 said:
that's a lot of cargo ships sitting out there.
Click to expand...

I got the Audew 2000 lithium ion battery charger for emergencies. Its already helped me on the water and helped someone on the road. It also has a USB for your phone and a built-in flash light.
Upvote 0
Show hidden low quality content
You must log in or register to reply here.