Fished with Jason, Weasel and Tom on the Jihad out west. We fished smack dab between the 226 and the "Corner".

Got a GREAT load of 6" Sardines that were fresh outta the bait boat but they held up ALL day and we crammed 4 scoops into our 100 gallon tank. It was bait bliss.

Same story as weeks past. Saw a couple birds picking in the gyros. Changed course to check them out. Get close and a little tiny foamer erupts and sinks out. I tell Jason to throw some chum while we are trolling and he already has it going. Blow ups in the wake and it went dumb again. We dumped a TON of chum and they stuck like glue.

We landed 12 on that stop before it petered out. Of course we called in Saluki on the mega yacht "No Zilla" and just as he showed up it shut down. Handed Brandon some dines and went looking again.

We started below the fleet and moved up and outside of them. The Excel was in there fishing and there was more than a dozen boats in his chumline and maybe another dozen within 200 yards of him. If you guys see a sporty in the area GIVE HIM SOME ROOM. Floating in his chum line isn't going to help anyone catch fish. Stay at least 100 yards away and to one side or the other of the big boats.

Anyway, we moved a couple/three miles and found another little bird spot in the glasses. As we are about a quarter mile away Tom say look left! There were little yft lazily jumping and feeding on the surface. Really slow mo and lazy. Same drill, Jason poured out several scoops of bait and they came charging. Insta-quad hook up on bait fish. We quickly limited out and called in some buddies. We must have released another dozen fish after that. Just awesome bait fishing.

One good thing was these fish were larger than weeks past. We had about a 16-18# average and many over 20. A couple pushing 30# and one right at 40# (on the lightest rod and leader of course).

1. Trolling sucks - we have been running from spot to spot looking for life, shearwaters and terns. Once you find the life slow down and start looking/glassing hard. When you see terns flashing/diving head towards it. If you see the boils or fish, go 150 feet ahead of it and stop. Throw a couple good nets of bait and then steady ones and twos of popeyes. This will bring them to the boat.

2. Bait - Get as much as you can hold. This turns those 1-2 fish stops into 10-20 fish. Dump a lot of bait at first and then hold them around with a steady chum line.

3. Don't be a dick - If guys are hooked up or fishing a kelp, give them some room. If you want to share a kelp or bite get on 72 and ask for permission.

Another EPIC day of close to home fishing. Back at it in the AM. 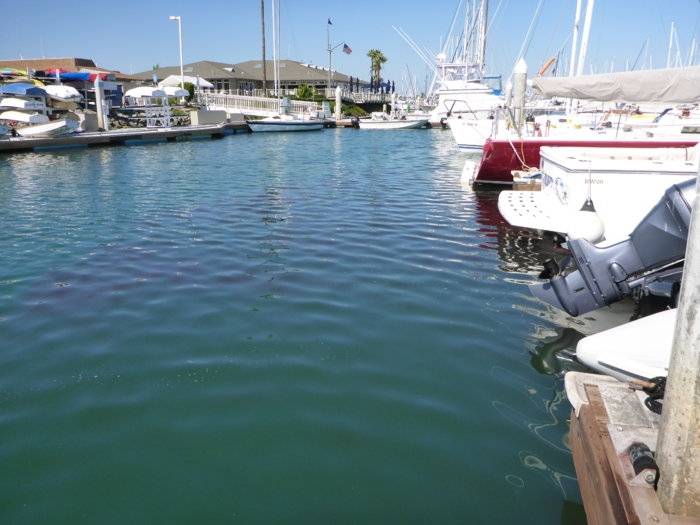 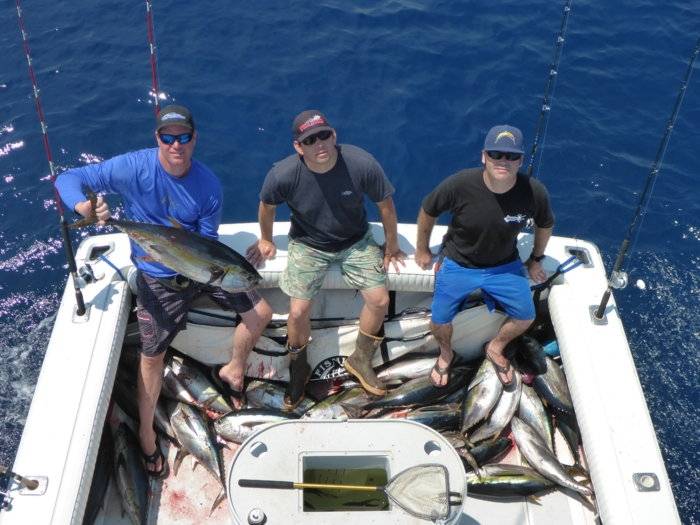 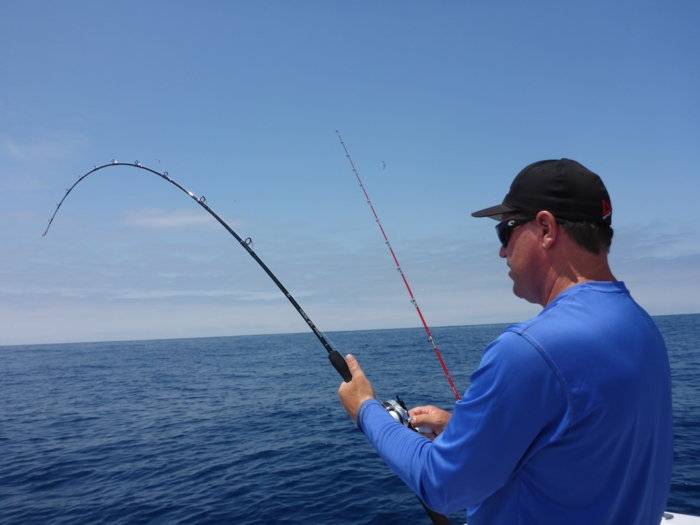 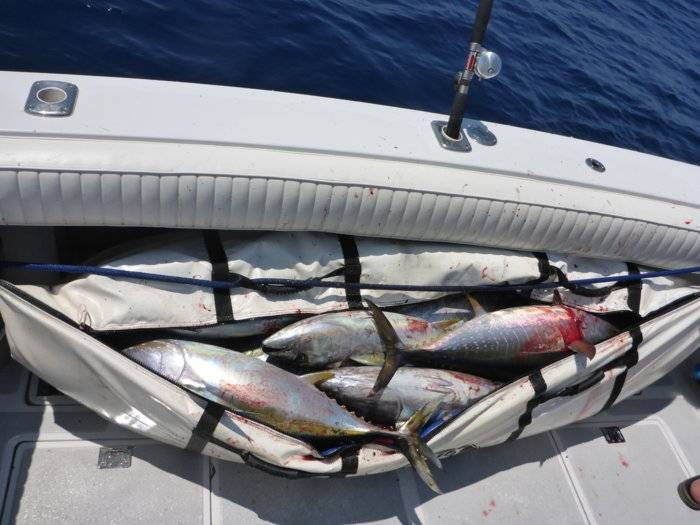 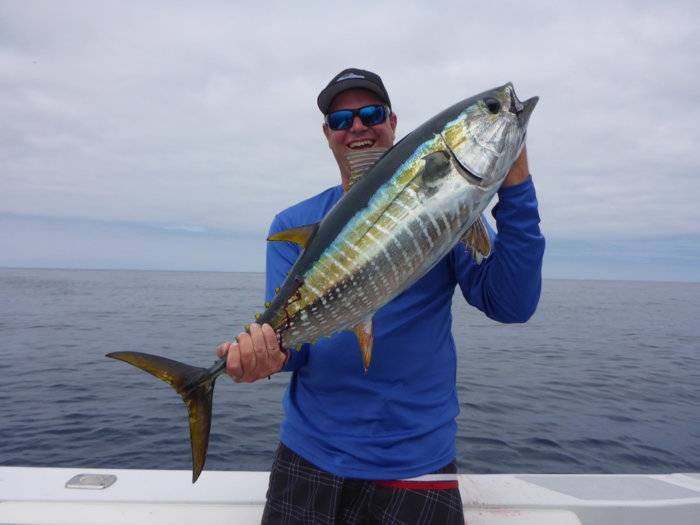 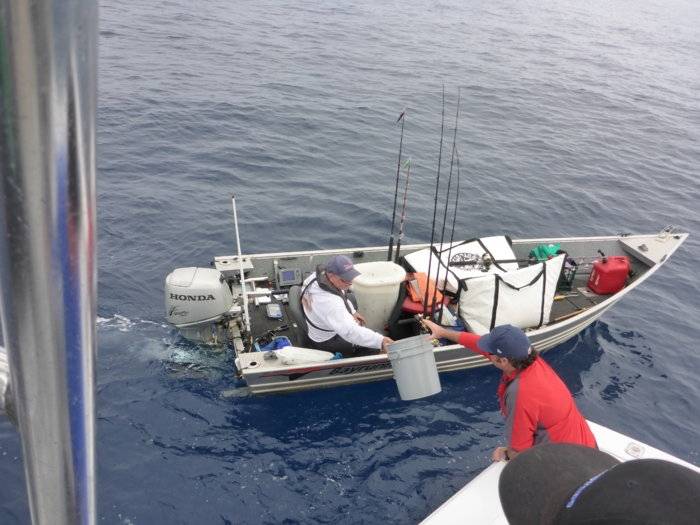 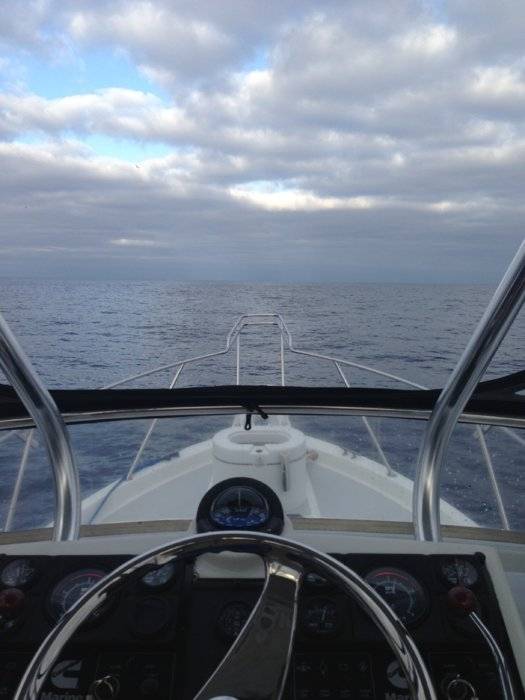 Absolutely SICK!!! Way to crush em!!! Thanks for the great pointers.
Upvote 0

Will you sponsor me for a pair of gyros?
Toggle signature
Join The San Diego Marlin Club Today. Preserve Our Angling History and Future. Since 1931.
Reactions: Lucky B
Upvote 0

Boat
I Wish... Ho with Dough

Ep-sic !!! Slayed it. Talkin crime scene!! Sounds like you guys know etiquette and exactly what to do out there !! Awesome!! Message me if you need someone to help pay for bait and fuel!!! Outstanding. That's how it is done folks
Upvote 0

You guys killed it! We stopped a few miles inside of you and didn't get the same volume. Nicely done.
Upvote 0

sdfishkiller said:
Will you sponsor me for a pair of gyros?
Click to expand...

Wait, you can get sponsors? Damn I wish I had thought of that before I bought mine

The gyros are what help me yesterday too, these things are like gold right now.

Great report Ali, and way to slay em with Jason and motley crew...

Classy!
Toggle signature
"The two most important days in your life are the day you are born and the day you find out why."
Upvote 0

Crushin' it Ali!!!
Toggle signature
God is great, beer is good and people are crazy
Upvote 0

salukis kill bag is almost as big as his boat.

I DRINK, THEREFORE I AM.
Upvote 0

you guys suck.
Toggle signature
Sometimes I wish i was a bird so I could fly over some people, and shit on their head.
Upvote 0

wils said:
salukis kill bag is almost as big as his boat.

I heard that about his Fleshlite. A bird named Tues told me.


Ali and crew congrats on a great day of fishing.

Thanks for the info.. It's Dean's B day! Send him some fish vibes for sure guys...
Toggle signature
" The Looper"
Upvote 0

Good tips!
This year is going to be a record breaker for sure.Im not coming home tomorrow without limits...again.
Toggle signature
I fish for sustenance,I suffer from sustenance abuse.
Upvote 0

You are sooo classy. Hope you are into them again.
Toggle signature

You sure that was Saluki, I only saw one gas can

Toggle signature
Mark on the Stonefish
Upvote 0
Show hidden low quality content
You must log in or register to reply here.

Inshore Where are the MACS??