Just returned from a 2.5 day on the Condor out of Fisherman's Landing in San Diego. The trip was initially scheduled to hunt for big bluefin but the weather caused us to divert down south for the yellowtail/mahi bite. The captain made the right decision in my opinion. After a terribly rough ride down south (I was worried that I was going to be thrown out of my upper rack) we arrived offshore from Ensenada. Fortunately, the weather really cleared up and we had an amazing first day with fairly wide open bites from morning until night. We had limits of Dorado by the end of the first day with close to limits on yellowtail as well!
I couldn't help myself and got up early on day 2 to try dropping for the stray tuna outside of San Diego with no luck. We moved much closer on day 2 and for the most part were within site of Los Coronados for the better part of the day. The second day was mostly looking for patties and trolling. We did end up with 13 YellowFin the 2nd day and continued to catch and release Dodos.
This was my first 2.5 day (first 1.5 day was limits of huge bluefin in May 2022) trip and I must say it requires a hard core attitude to fish for 2 straight days. The first day was so epic that everyone ate and was in bed by 9.
My goal on this trip was to land at least 3 species and also to land something on my new Saltiga 40 as well as my new spinning Saragosa 6000. The Shimano Saltiga is a hell of a reel and made fly lining bait much easier than my old Sealine 40. I also caught my first fish on the spinning gear and successfully landed a 20+lb yellow tail out of a breezer school.
I didn't get many pictures in as the first day was pure mayhem and bloody decks all day. I did not want to stop to take pics and video thinking I would get plenty of pics the next day. The next day was much, much slower with only a handful of fish landed (I didn't even get bit the 2nd day).
Overall a great experience and I learned a ton from all the other anglers onboard.
Thanks to the captain and crew, my freezer is now stocked full again.
Also, I was unable to procure a spot with the processors since I was added last minute after another angler cancelled. I ended up having the deckhands fillet the fish and spent all night with my new vacuseal and a cutting board!

What worked: The vast majority of fish were caught on flyline setup. The first day of wide open fishing everyone was on 40lb line and the fish were not line shy. The second day was much slower and the successful anglers stepped down to 20-25lb line to get bit. I was hard headed and tried my luck casting stick baits and colt snipers the second day. It was hard not to want to cast into the foamers that we continued to run up on. There were a couple of yellowfin caught on the cast the second day. 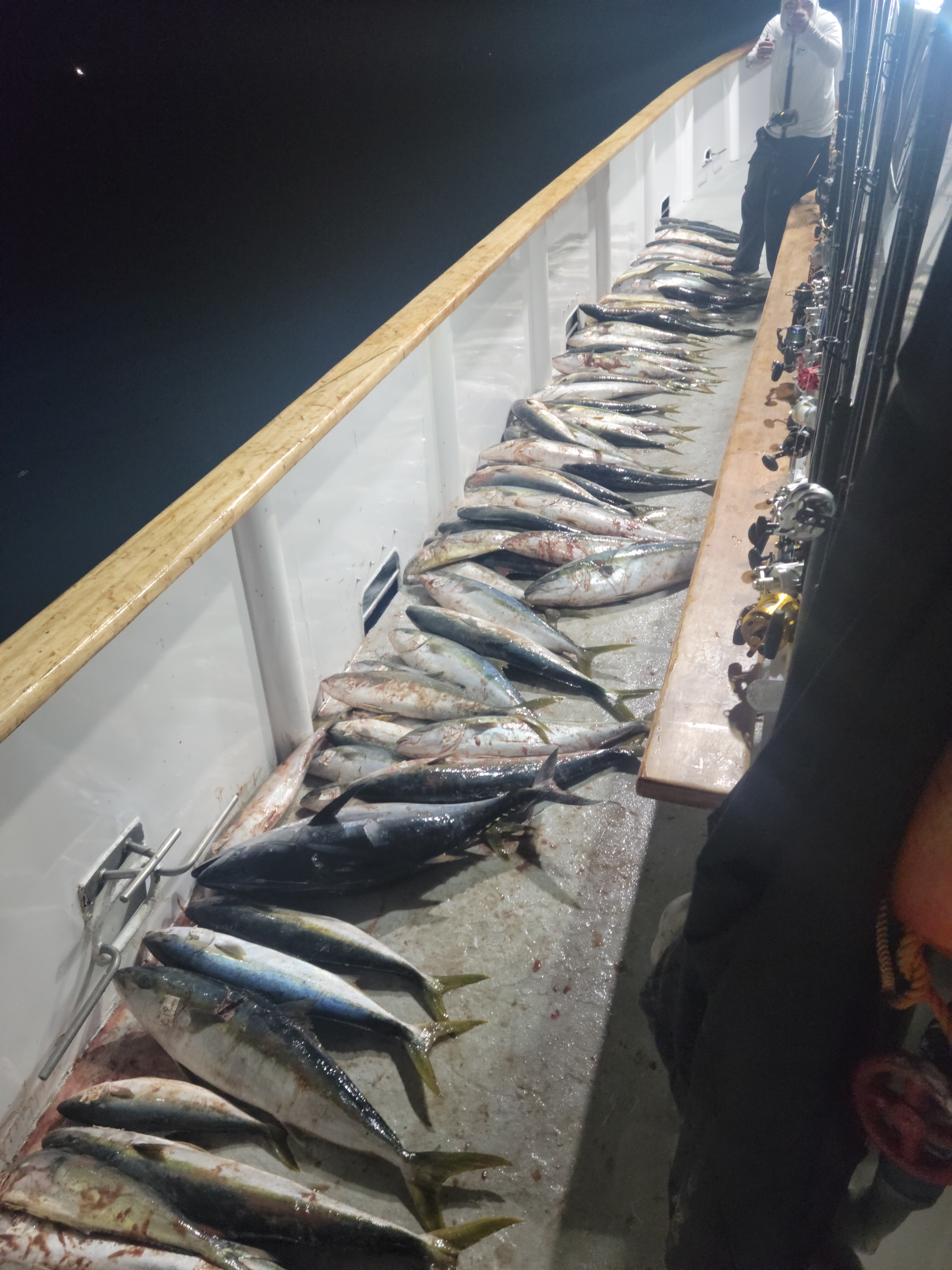 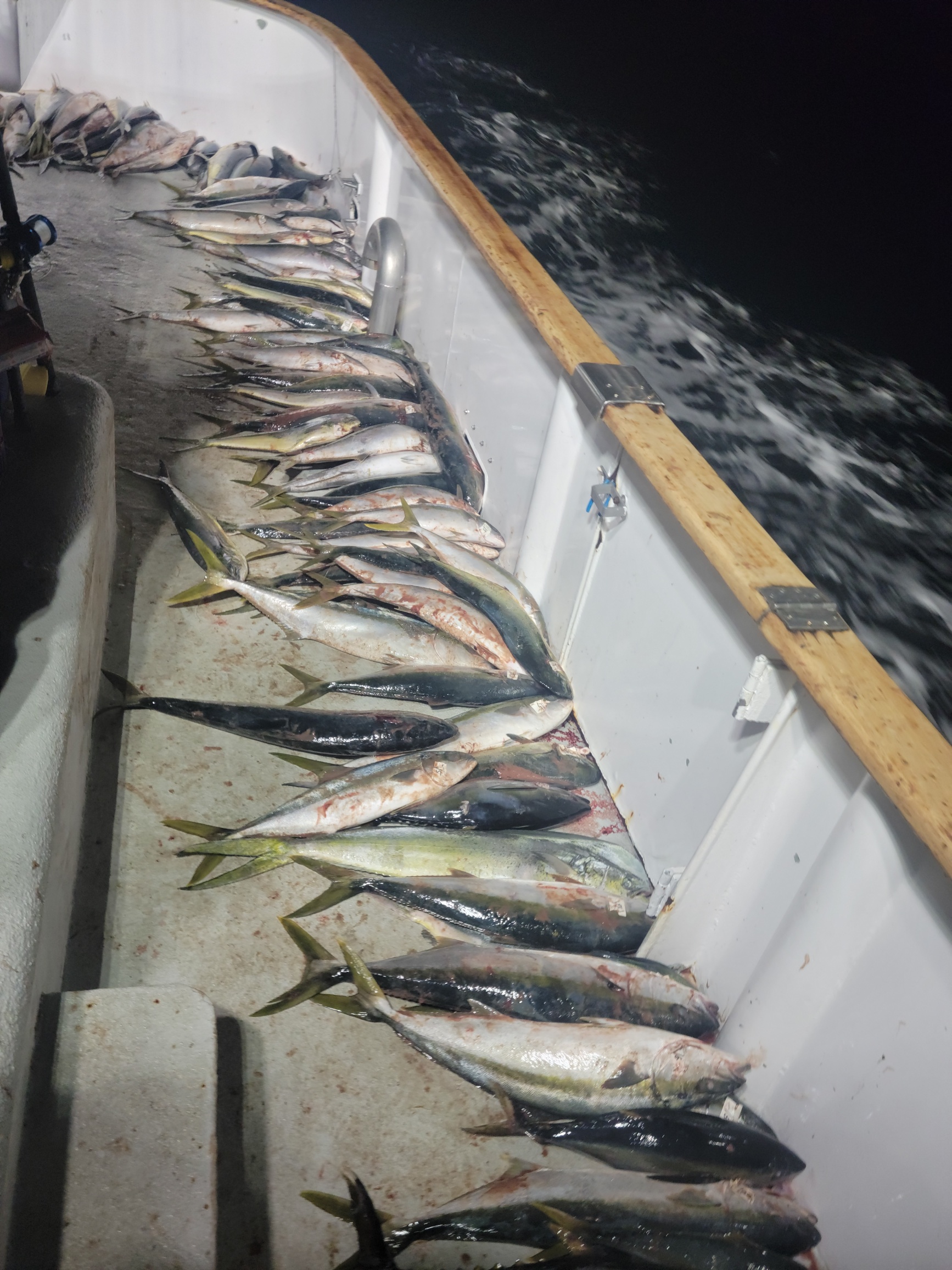 Nice write up and report. Way to get 'em!
Upvote 0

Great report and pics. NICE load of fish for all....good job. Been a Condor regular over many years. 1st class operation and crew. Glad you all had fun and got lots of fish.
I was at PT yesterday!

Hope to be back on the big bird soon hopefully. TC
Upvote 0