With the mass of tuna that has been popping up. It was time to try and put my two cousins on their first tuna. Mind you they are accustomed to catching bass, rock fish and cudas on bait caster and spinner. I love catching fish but I really enjoy passing this addiction along.

We launched out of Davies at 6:30 with what was starting to look like a shit show. Picked up 1.5 scoop of beat up sardines from nacho and pointed the boat toward the 267. Arrived at the largest fleet I have ever seen at 9:00. Immediately started marking a school of fish after setting up a 30 and 40lb sinker rig as well as fly line. All setup had a mustad 1/0 ringed circle hook tied on. 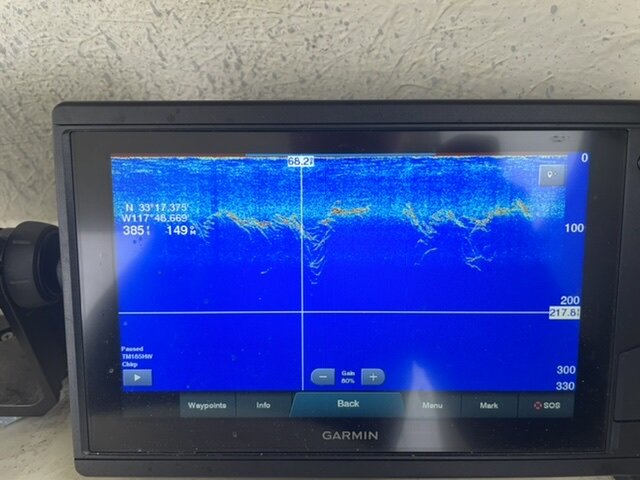 Threw some chum and even got them to blow up on it! In bft fashion, we did not get bit. Moved toward the fleet more but that was the last time I marked anything there. Left at 1:20pm for the 277.

Stopped on two patties with a tern sitting on both with only bait under them. At this point I’m getting nervous thinking I might fall short on putting them on the tuna. Talked them both up about how much fish is out there the whole week. Even went out to buy a larger kill bag. Was going to “plug the boat”!

Arrived at 2:30 with a fair amount of boats scattered in the area. Set up on a drift and didn’t see any life until 3:00pm. Dont mind the time on the unit. Not sure why it was an hour delayed. 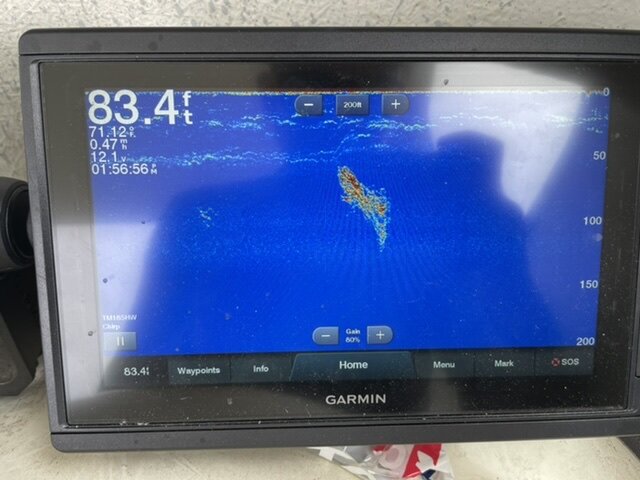 Shortly after the 30lb sinker rig starts to sing! I was the closest to it, so I put it in gear and it’s tight! All while they are deciding who will fight this fish. While handing over the rod, the line goes slack and the hook pulled!! A big sigh and aww all around….


Changed all the bait and sent out the spread again. Within 20 minutes the same outfit goes off again! I put it in gear and it’s taking drag. Hand this one off immediately and she goes right into it! Asked her to just always keep that rod tip bent! A few minutes into it, she is struggling to fight the fish with the rod under her pit. Told her it’s fine to stick the butt end in the thighs and pump on the fish. Just don’t drop the rod down too fast where it would leave slack. She does a fantastic job after and even clears the motor on a bracket a couple times. 5 minutes pass and she sees the fish. At this point it was clear she is nervous about losing the fish. We both encourage her to keep at it. Shortly after, she guides the fish right into the gaff!

They break out in excitement and I swear the boat a quart mile from us heard! 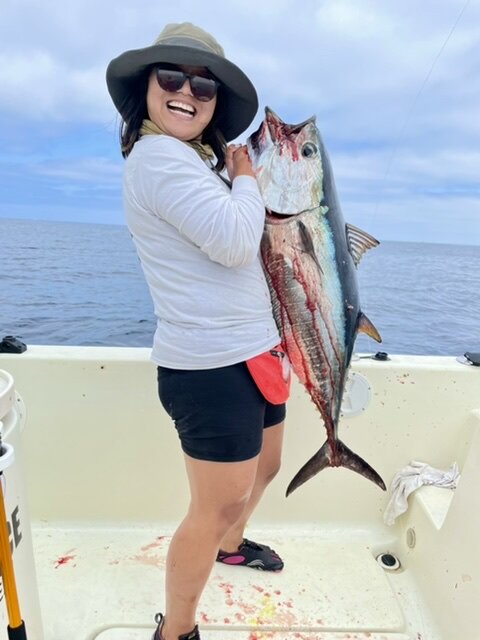 As the fish was being bled, I told her it’s traditional to eat the heart of your first tuna. She happily agreed and take a bite out of it!


We quickly set up shop again and try to get my other cousin on her first bft. At this point it was close to 4 and I know we are running out of time. Wind is picking up and the 8oz sinker is already getting scope. Switched em for the next size I had on the boat, 16oz. I already knew we were going to get beat up making run back to Davies. Especially in a 19 footer but I didn’t want to be out there running in the dark. 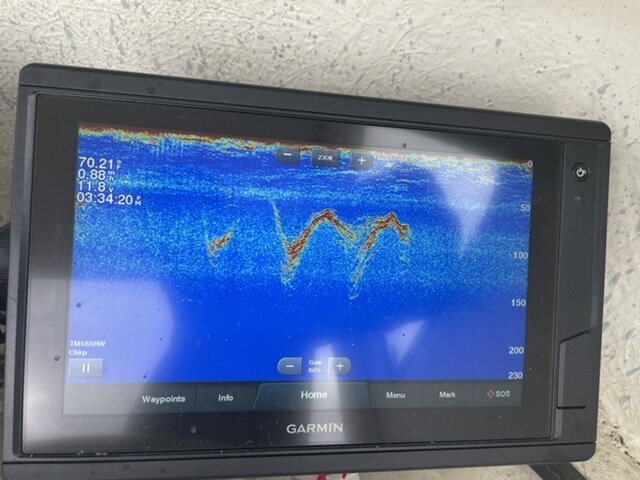 We watched all the rods waiting for them to go off but nothing! It was pass 5:00pm now and I had to call it. As we motored away the screen lights up. I chummed hard but couldn’t get any biters. Repeated this once more with no luck! 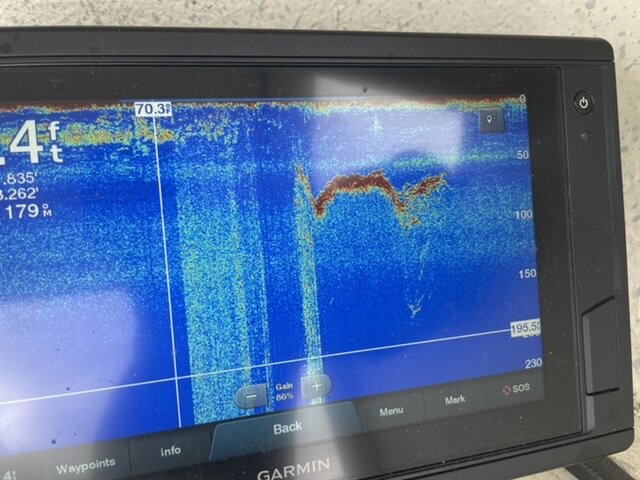 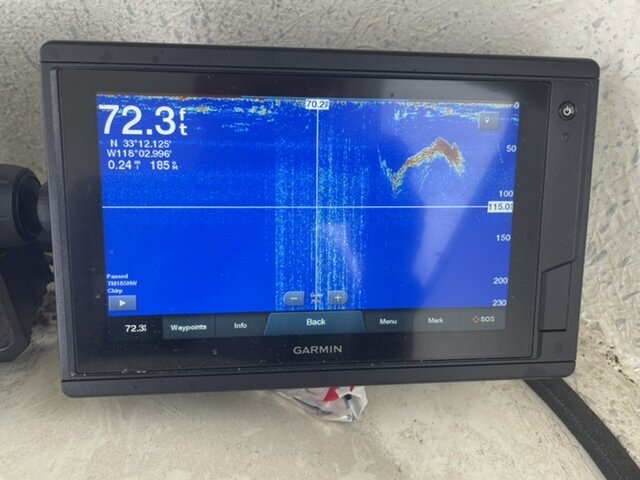 Made one more stop at the 14 mike bank without any luck. Back at Davies at 6:50pm and did a solid 117 miles for a “local trip”. Well worth it and glad we were able to get one on board. As the late and great Kobe once said, Job not finished so stay tuned for part 2. Will definitely finish the job!
Last edited: Aug 9, 2021
Reactions: jiggermyster, Stayskunkedmyfrens, Tom123 and 33 others
Upvote 2

GOOD JOB Coach...getting her a Bluefin and BIG SMILE!

Nice fish! Thanks for the pics and report.
Toggle signature
-AH
I get skunked and I can not lie
Reactions: keada714
Upvote 0

Wow, what a great report, and most importantly, LOVED the sonar shots!

Congrats, thanks for posting!
Upvote 0