Made bait Saturday night at our slip. Plenty of macks around until a school of undersized wsb starts patrolling around our slip and we could not make any more macks. So we decided to have some fun. One hit a red sabiki tipped with squid. Landed one about 14" on a 1.5 oz red 5" Kman swimbait.

Headed out around 5am since we were preparing for a long run to look for kelp paddies and surfacing fish. Overcast most of the day. Conditions were reasonably mild the whole day.

Avalon Bank - water temp under 72 and visibility wasn't great. Did not see bait balls. The layer of small marks @ 50-100ft we saw in weeks past was not as dense. No surface action. Saw 4-5 small paddies. Did not find any fish on them.

Slide - Checked along the ridge on the western side. Similar conditions as Avalon Bank. No surface action. Did see a huge group of dolphins in the evening on our way back heading SW.


152 - Checked on the western side. No surface action. No bait balls. Did not see paddies in this area. Water temp around 72.

277 - Checked along the western side. No surface action. No bait balls. No paddies. Did see some dolphins heading NW. Water temp above 72.

289 - No surface action. Found a several small/medium paddies in this area. There were small marks around the kelp paddies but nothing close enough to the surface to see with overcast skies. Water temp above 72.

SCI - Found a few small and medium paddies on that way here from 289. Did not find any holding fish. Water Temps dropped as we got closer to the island. On the eastern ridge of SC canyon we saw deeper marks 100ft-300ft. Several bait balls. Water temp was 70-71. No surfacing fish. Good amount of fishing holding near structure we passed around 300ft.

Mackerel Bank - No surfacing fish. Did not find any paddies. Water temp around 72. Trolled a cedar plug from SCI through this area and back through the Slide. No luck. 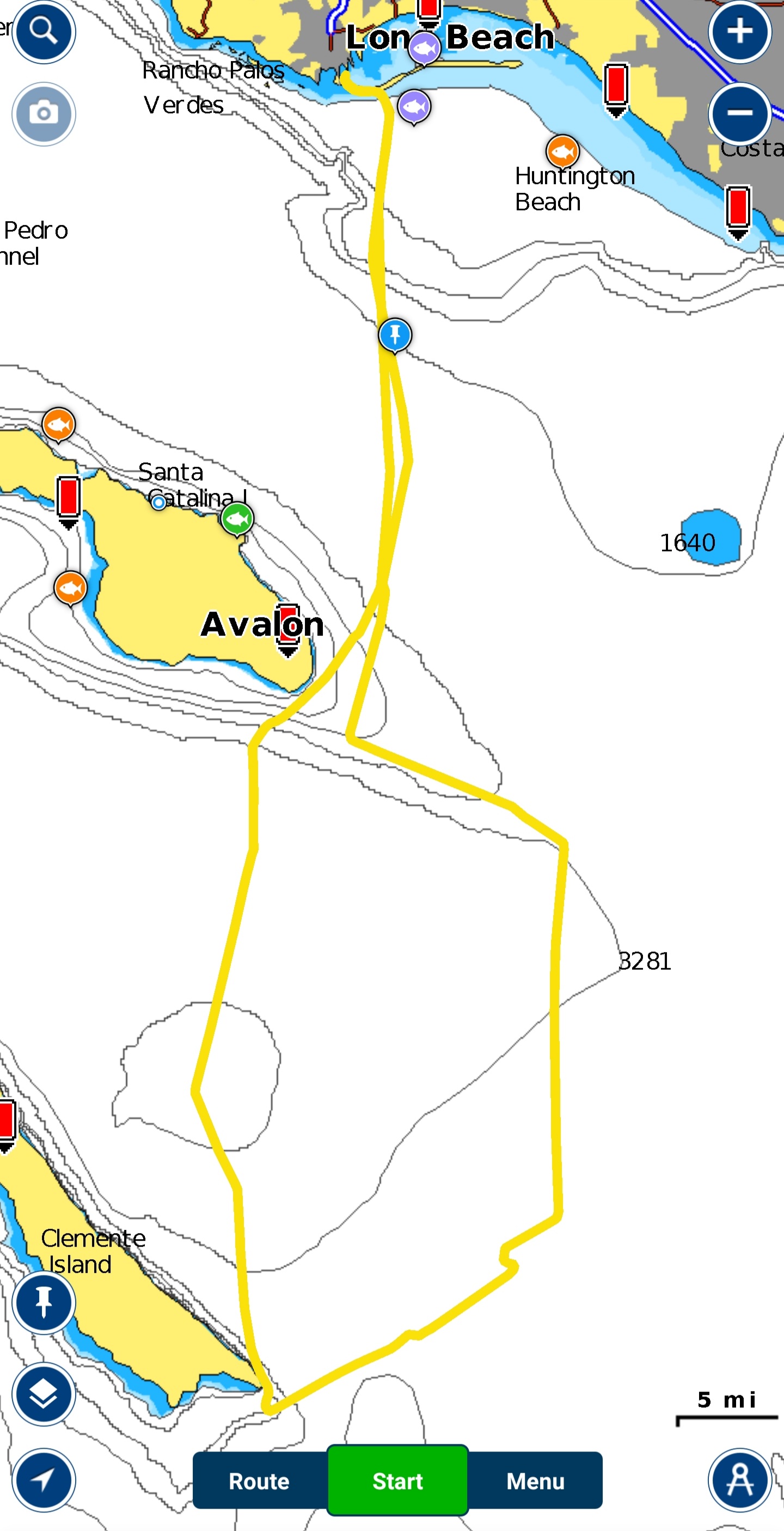 Sometimes Brother.....its like your driving around the "Big Blue Desert". Thanks for your efforts to provide timely info for you fellow BDers. Its a "selfless" act.... I appreciate your time.... and moneys spent. Karma is a strong force.... may yours provide an "epic" bite next time out. Your due for sure. Be safe out there.
Reactions: thrasher949, Hey-19, ANGLING ALLEN and 9 others
Upvote 0

Great report so thanks for that . I think your plan was solid . Sometimes business is closed out there .
Last edited: Aug 24, 2021
Reactions: splashy77, Ahkhuang and woodfish330
Upvote 0

GREAT REPORT,video,info. What a run!
Way to give it go out there though.
Next time!!

Paying your dues for next trip!
Upvote 0

Wow that is long run, at least bait making was easy. Thanks for a great report with a lot of information.
Reactions: Ahkhuang
Upvote 0
L

Thanks for posting...with current info from different trips, we can more readily "guess" where those pesky bluefin will show up tomorrow.........right now, the big boats are all off the n/w end of SCI...maybe they are just having a group hug....
Reactions: Ahkhuang and woodfish330
Upvote 1

Thanks headed out tomorrow I know we're not to go!
Reserved a guest slip (3 nights) Dana Point gonna work Dana South to Oceanside may be out to the 209
Reactions: Ahkhuang
Upvote 0

I appreciate the no fish reports, when reading report after report of people hitting sick wide action I start getting itchy. These reports keep me grounded, and from quitting my job to go fish.
Reactions: yobesenihc, Ahkhuang and woodfish330
Upvote 0

Thanks for taking the time to type up this report!
Reactions: woodfish330 and Ahkhuang
Upvote 0

Yes yes yes!!!! This is a greatly appreciated post. May your next trip be limits of fish, and not limits of miles. Btw, It’s still better than a good day at work!
Reactions: Ahkhuang and woodfish330
Upvote 0
A

Well thought out and executed, that's why they call it "fishing". Thanks for the comprehensive report. Wishing you good Karma next time.
Reactions: Ahkhuang
Upvote 0

good report limits next run. go down the line next time towards 209

You guys must of been following us? Similar result, no magic kelp, bummer. Way to put in the time and fuel! Better luck next time!
Toggle signature
Thanks for your report. Hook up! Cory
Reactions: woodfish330 and Ahkhuang
Upvote 0
Show hidden low quality content