We decided to go out looking regardless of the reports. We pushed off the dock around 7 AM. This was the third tuna run for my wife and we also brought along my in-law and his brother in law who owns a charter business in Mexico near the baja. All are newbies to fishing for our tuna to make things interesting.

I spoke to several people in Ilwaco. They said the fishing is terrible. However there was one charter company that we know who plugged their boat with 35 nice grade fish averaging 15 pounds or more. They gave us the numbers and said that the evening bite was WFO.

Our first stop was around the 45.20 125.20 area. Water was 65 and a ton of marks. While preparing the troll gear we were marking fish. We chummed immediately and got some tuna up to the boat. The fish were not hungry. There were schools bait fish everywhere. Mainly small little minnows of some sort. We picked up one, and that was it. Large grade fish around 20 lbs. We saw schools of tuna under the boat but they would not react to anything. Live bait weighted down, and un weighted to be on the surface did nothing, Iron, swim baits, even throwing live anchovies in the water would not make these fish come up.

We than trolled for about an hour heading north towards the corners where we usually fish. We had no luck with going north. The water was cooler, and we marked nada. No bait, no nothing in the water north for us.

We ran back to our our starting point where we got the one. Marking bait and bait balls here again. We chummed and got them to the surface and picked up 2 more nice grade fish on live bait. Then it went dead for the rest of the day.

On the way back in we stopped at the 45.5 124.77 and chummed most all our bait. It was about 5:00 PM or so and we brought them up. The evening bite was on! We had to make the decision to run in now to cross the bar with light, or to stay and fish. We decided to stay. We picked up 3 more 15 pound fish with one that was a 25 pounder. Sharks came and the bite was over except one blue shark who stole my lucky live bait hook for the day.

The troll was slow all day. They were taking small purple clones for us.

We ran back in on a smooth pond. Fogged out in the dark over the bar, but thank god for IR.

Great day on the water. Wish we had the boat plugged, but unlike last year it was more of a hunt making it fun in its own way.

I heard of boats plugging way out on the 126 line after we got back to port. That is one hell of a run.

I hope that we get some better reports today. 3 boats that I know headed out this AM. We should have more reports after today. 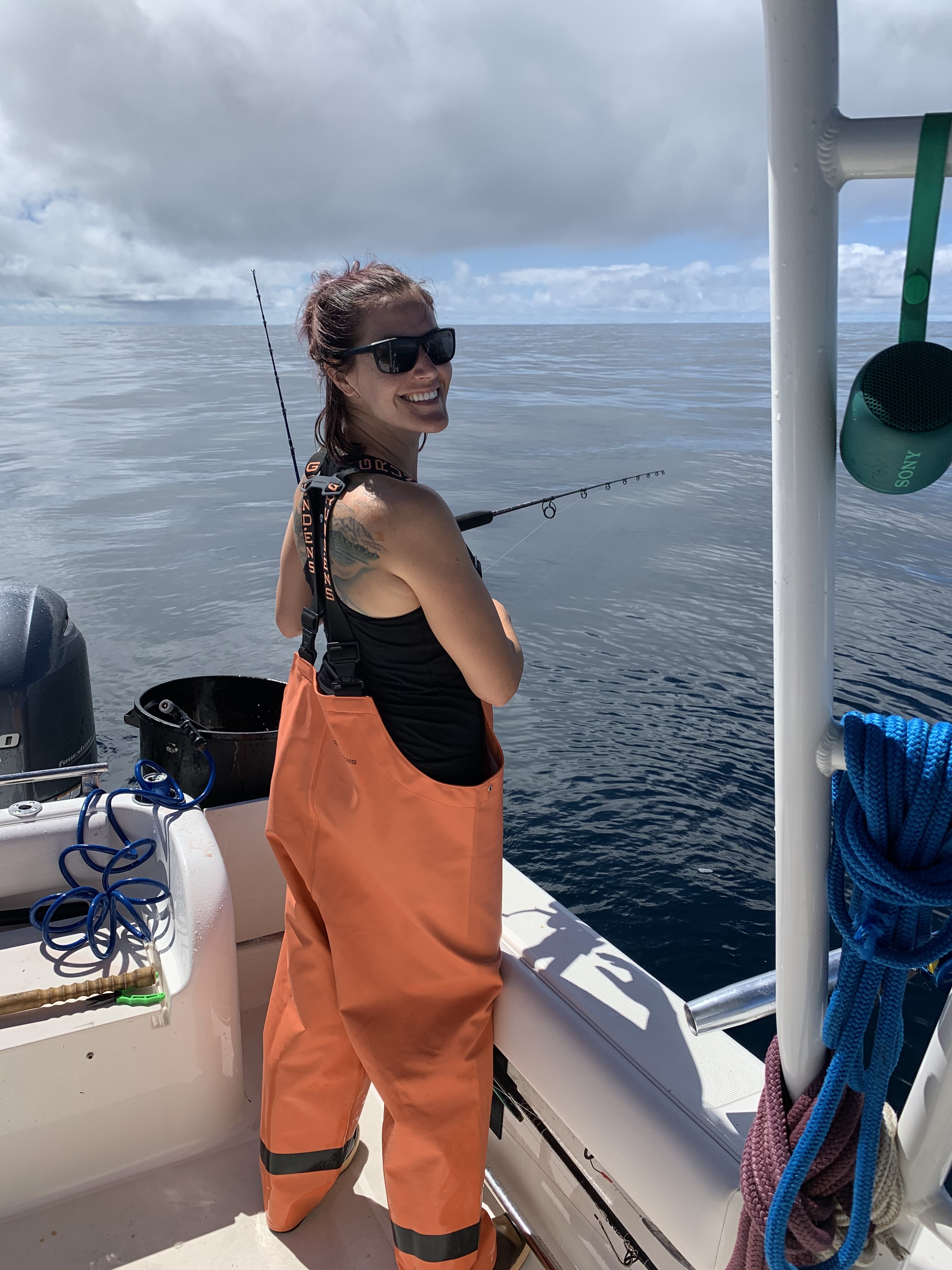 Holy smokes thats a long run, thats over 100 miles from Westport. Did you launch out of Ilwaco or even farther south?
Upvote 0

sgwill122 said:
Holy smokes thats a long run, thats over 100 miles from Westport. Did you launch out of Ilwaco or even farther south?
Click to expand...

Out of Ilwaco 85 miles or so. A few boats from Newport/Garibaldi were reporting good fishing here a few days before our run. Yesterday the Oregon boats that I talked with on the radio had zero fish yesterday and ran in early.
Upvote 0

wdlfbio said:
Wow. Awesome lake out there.
Click to expand... 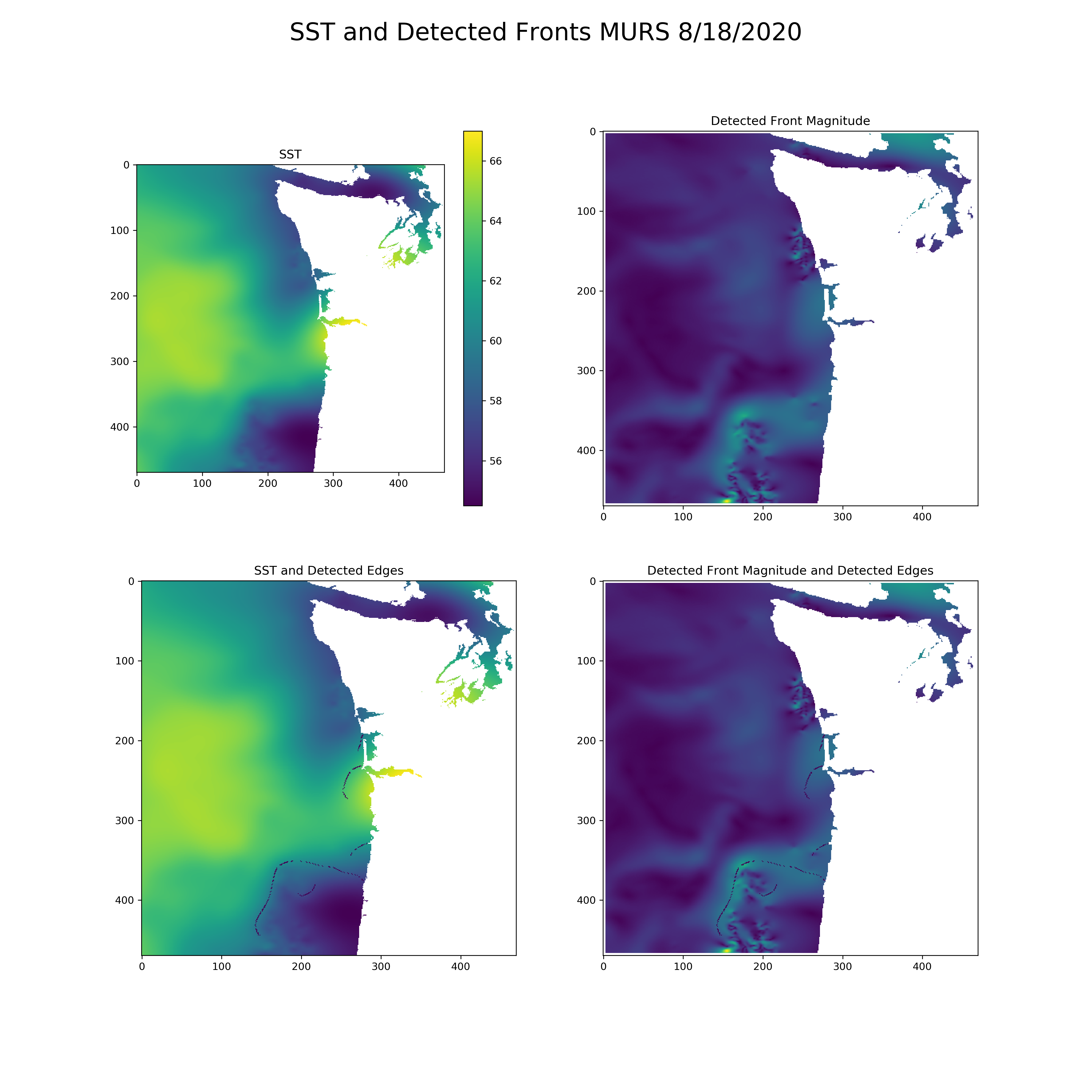 It appears there is an SST front near the OR/CA border and really nothing of significance offshore WA. Most likely explain the slow fishing.
Reactions: Jay Bjorn
Upvote 0

Nice work to land some fish, Jay. It sounds like you found very fishy water but the bite was off.

Did the fish you caught show any signs of alternative feed, like puking squid or shrimp when they did their final “I see a boat” freakout?
Upvote 0

Salmon King said:
Nice work to land some fish, Jay. It sounds like you found very fishy water but the bite was off.

Did the fish you caught show any signs of alternative feed, like puking squid or shrimp when they did their final “I see a boat” freakout?
Click to expand...

Thank you, We noticed squid for sure in one.
Reactions: Salmon King and Outcast250
Upvote 0

Way to work for them. Looks like a beautiful day. BTW, my daughter is spending the summer in Tromsø. Beautiful place.
Toggle signature
You seem a decent fellow. I hate to kill you.
Upvote 0
Show hidden low quality content
You must log in or register to reply here.