We went out yesterday to look for BFT. My brother and I left the slip around 5:30am and tried to catch some bait inside the San Pedro breakwall. There has been a large school of macks swimming under Cabrillo Way Marina but we could not find where they were inside the harbor. We went outside the break wall along the kelp and got a dozen macks and sardines and were finally able to get on our way at 9am.
The ride out towards Catalina was super smooth. It was overcast again and water surface temp was 65 at the breakwall and increased to 72+ as we progressed towards Cat. 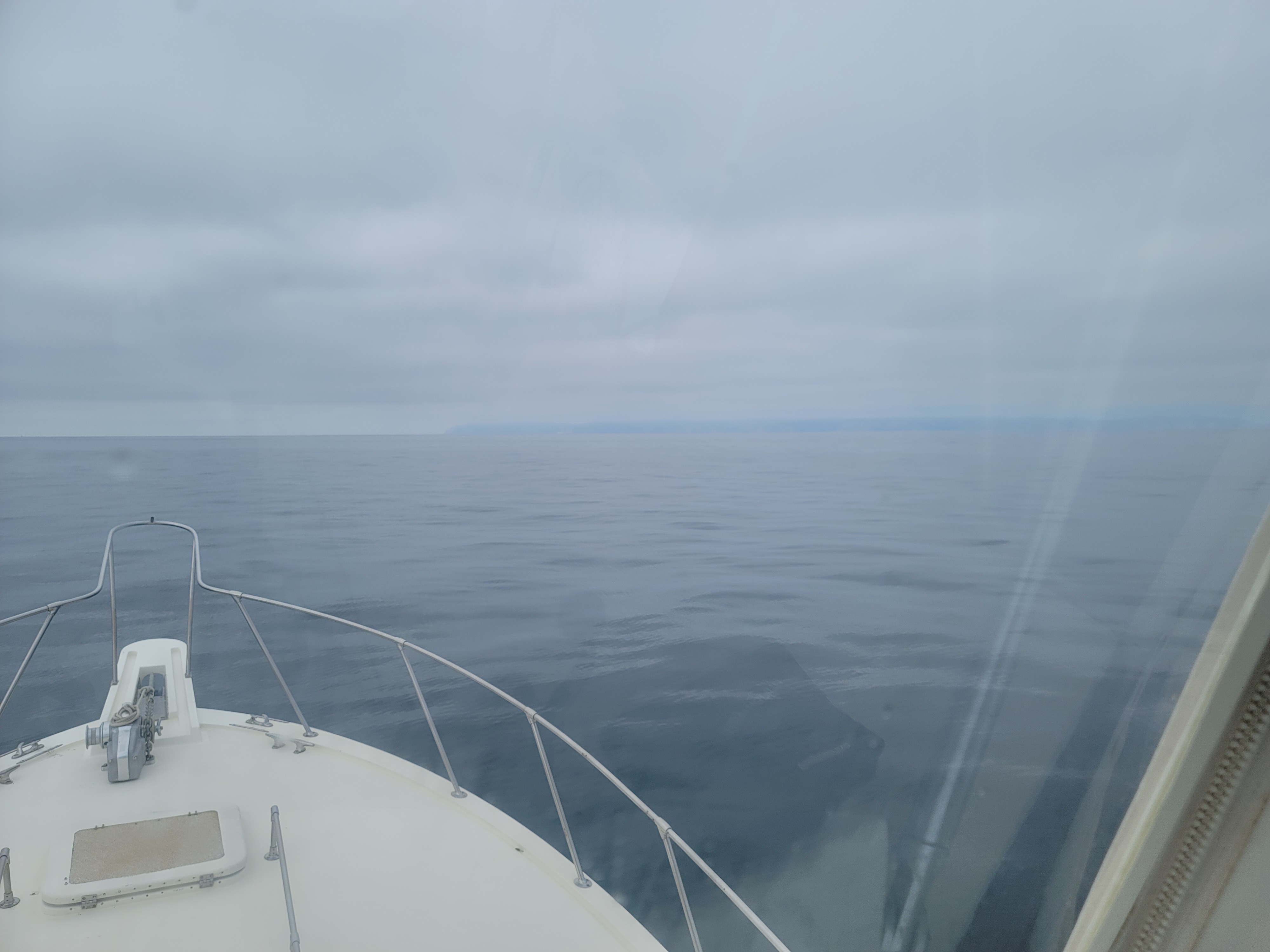 5 miles from Avalon Bank we find them and cautiously approach to not spook them. We are the only boat in the area. The clouds have cleared a bit. There were two areas of foamers a few hundred yards apart. We stopped and waited a bit to see which way they were going since it might be a big school of them. 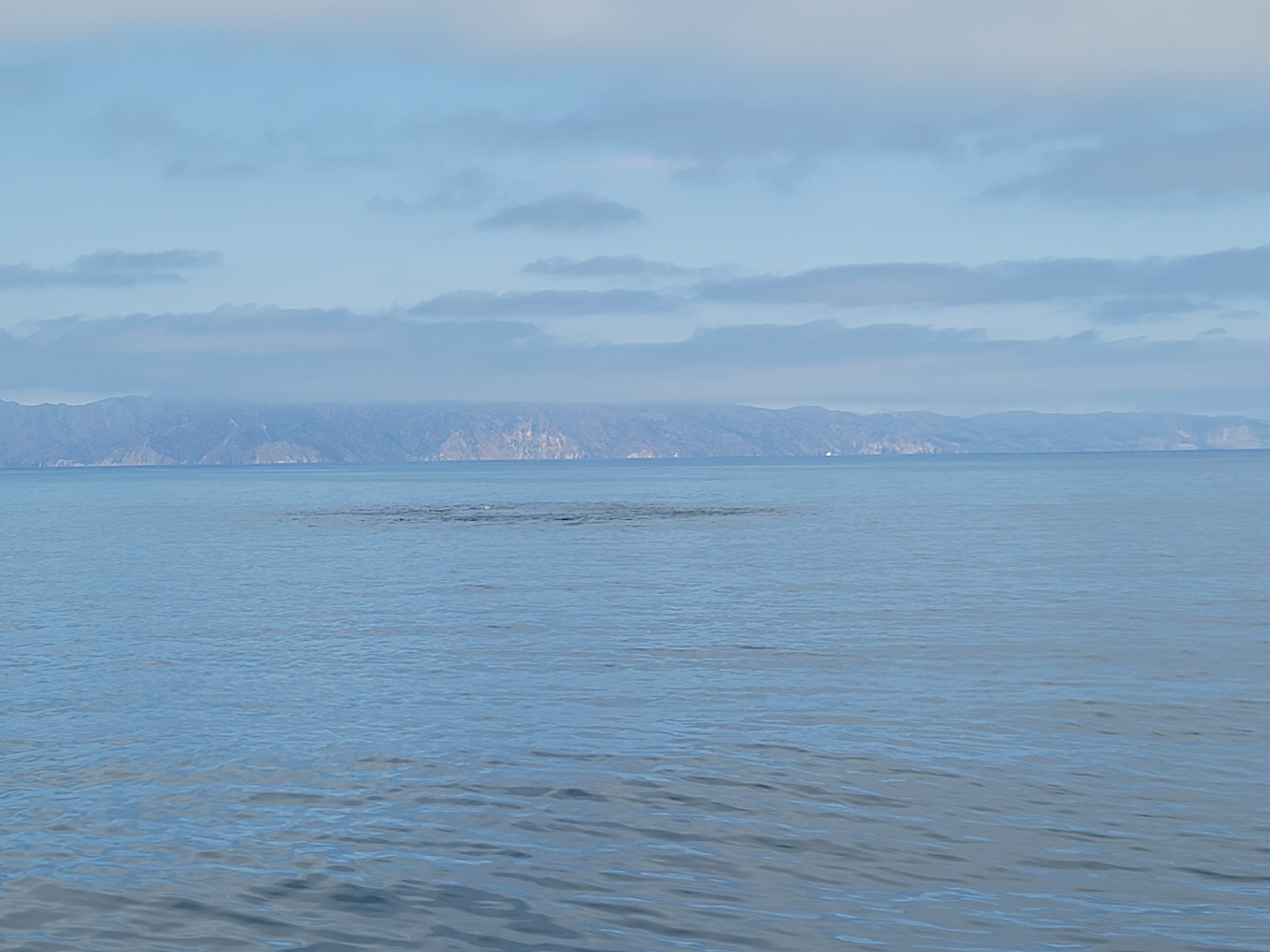 With my brother at the helm we slowly moved closer to the closer area of foamers and were within my casting range. I casted around them with a blue mack megabait with no takers. After a half dozen casts I switched to a mint and white Tady 45. 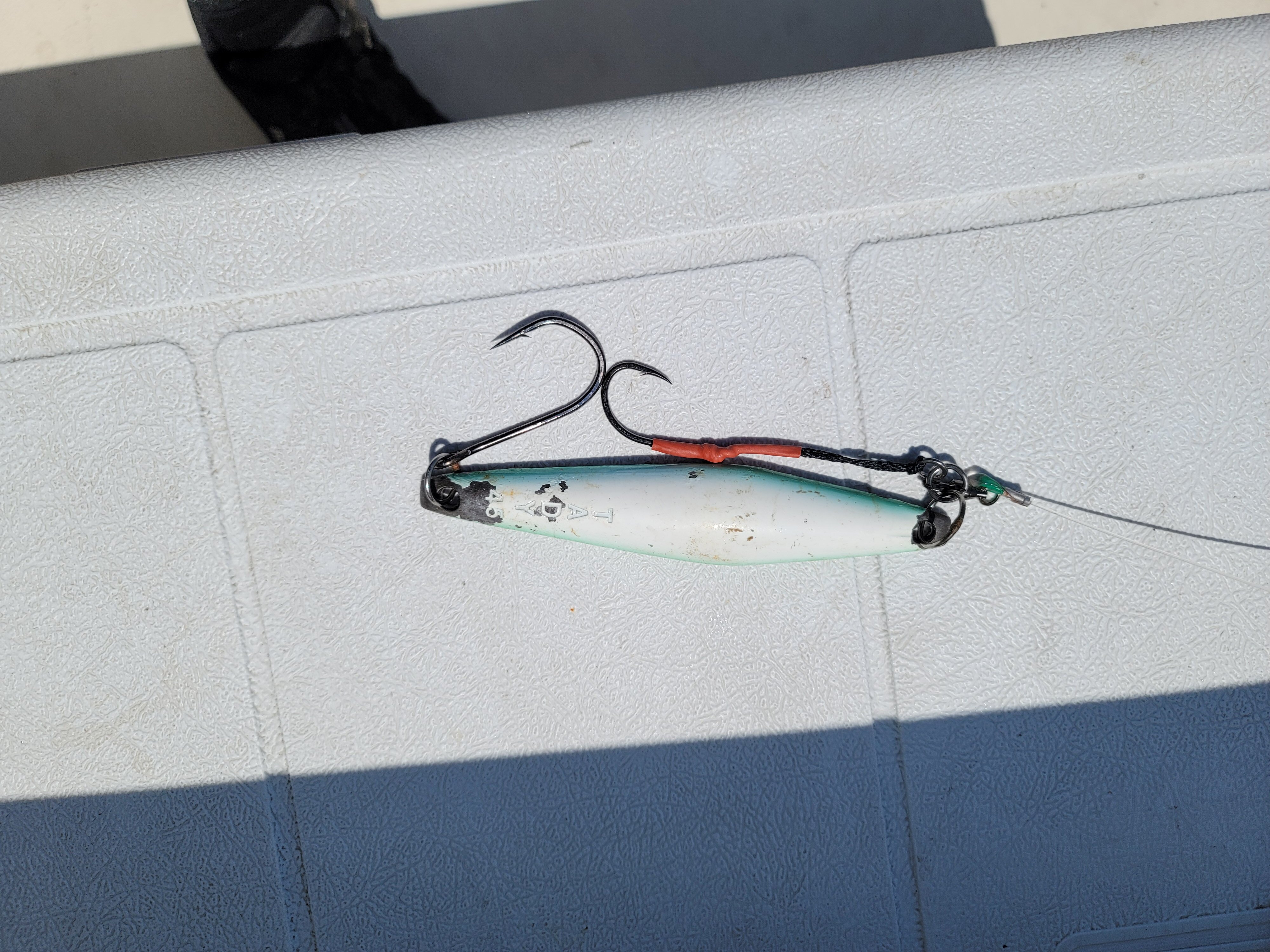 By the time I was ready again the foamers had turned towards the boat and they were no more than 15-20 feet away. After casting around the edge of the foamers with no takers. I casted directly into the middle of the foamers and a few seconds later we were on! Our first hookup! This being our first ever hookup I can't tell you how big this thing was. My brother and I each took turns fighting the fish and we were barely able to gain any line on a Makaira 20k with a 7'4 60-100 jig stick on 100lb leader and 80lb braid. I'm not exactly sure what the drag was at. With both of us lifting this fish we still could barely crank the handle. If we tried to lift the fish hard it would pull drag. Any gains we made were taken right back and many times more! 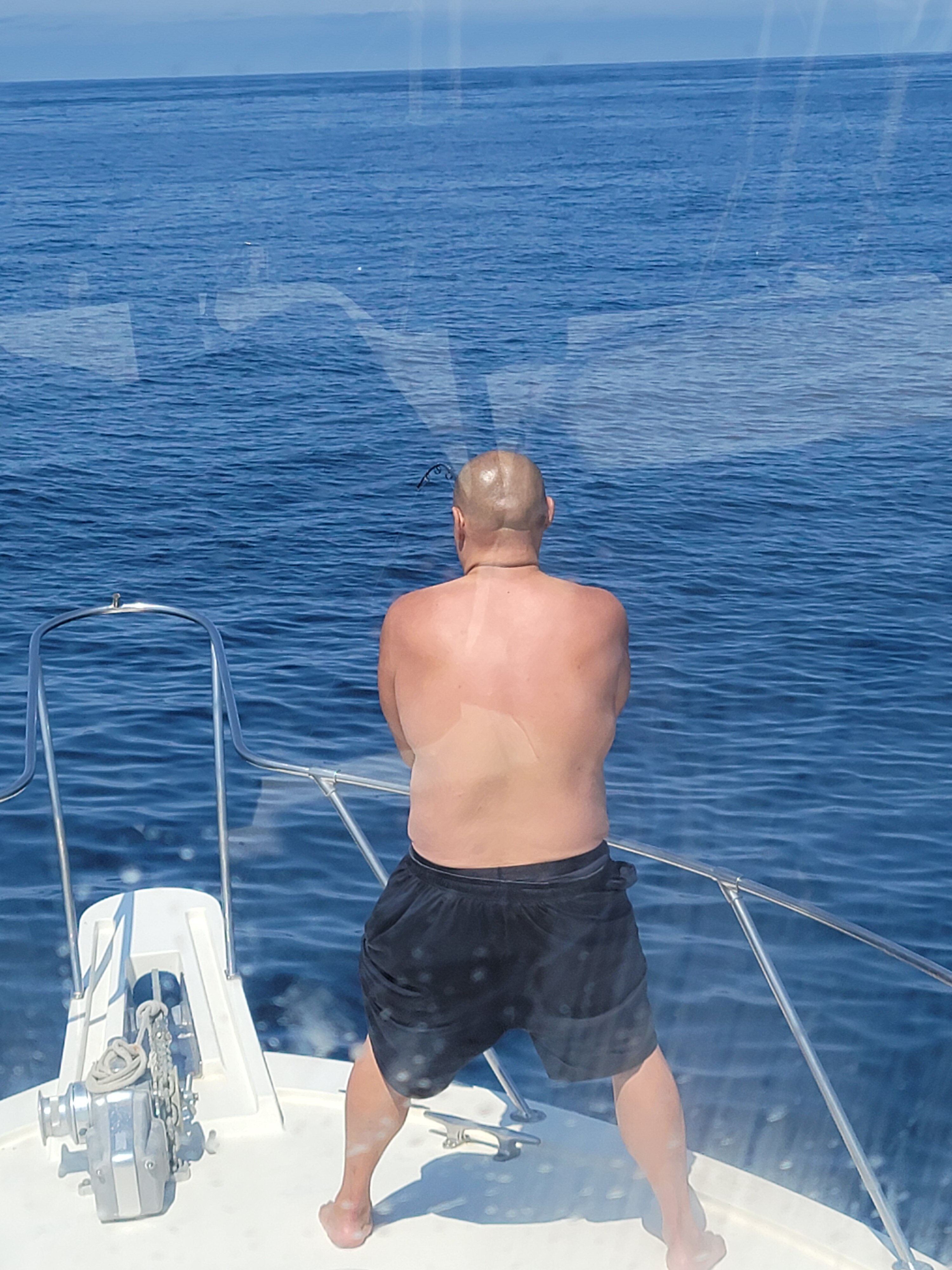 After about 40 minutes the hook pulled out. I did not remember to set the hook hard a few times after hooking up. All we had was a few bits of fish slime as our reward. In hindsight we probably should have tighten the drag more and not be scared to lose the fish. Next time!
After the hook pulled another set of foamers appeared right behind us. By this time there were a couple boats in the area. They sank out and disappeared as another sportfisher steamed directly at them at high speed. (for a sportfisher)
Rest of the day we trolled around Avalon Bank and the smaller high spots. We started slow trolling a mack and later tried a cedar plug as well as a squid spreader bar. With the sun out the water surface temp neared 74 as we got on the west side of the Avalon bank. We stopped on a few kelp paddies but there were no holding fish. We marked fish deeper here and there the rest of the day. 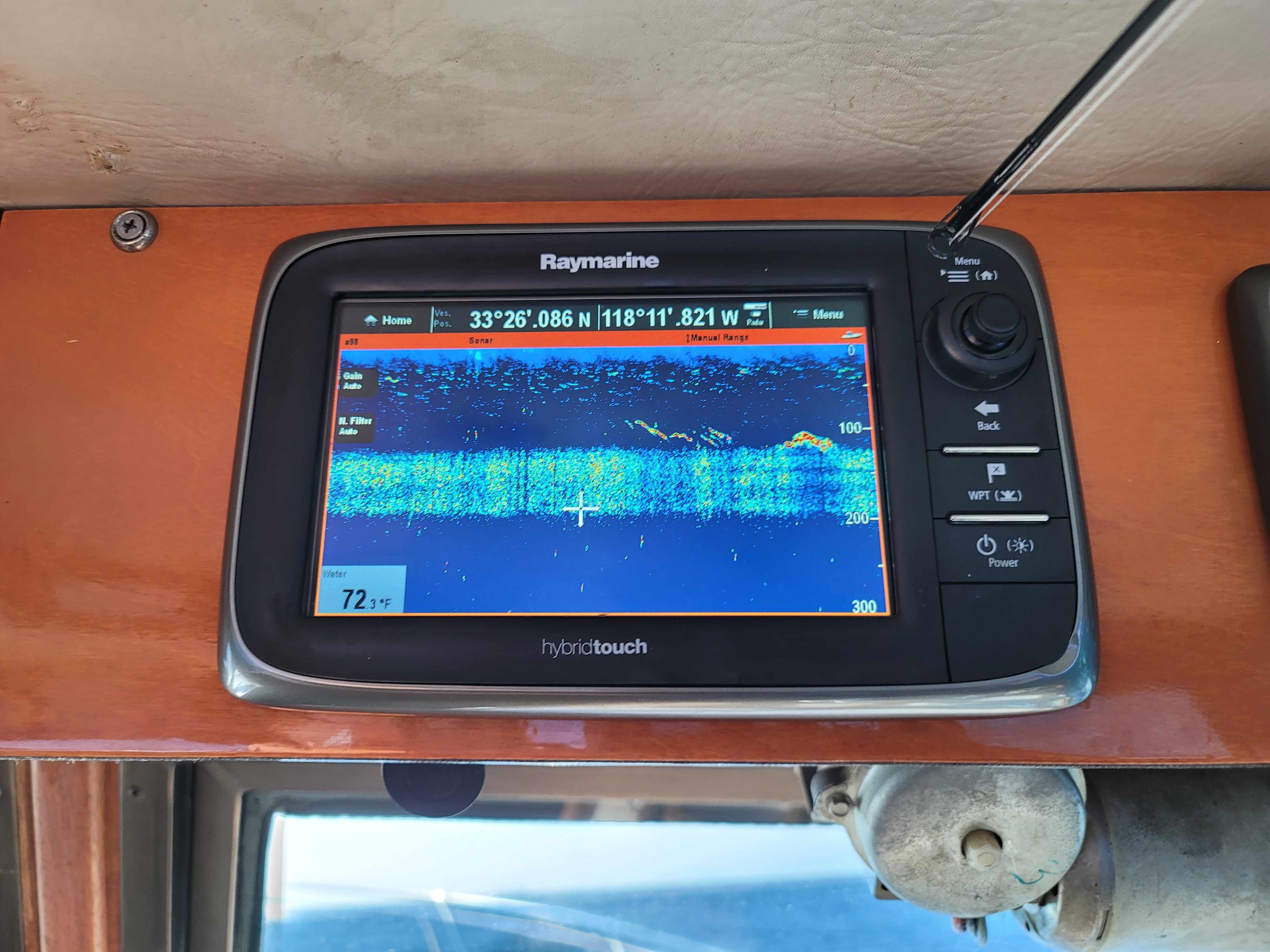 Late afternoon the wind and swells picked up pretty good with constant white caps made for a rougher and longer ride home.
Even though we did not land the fish it was an awesome day. Finally being able to pull on one of these magnificent fish was amazing. I can't wait to go out again.

Tight Lines and Good luck everyone!

It said my 10mb video was too big so here is a link:

Last edited: Aug 11, 2021
Toggle signature
-AH
I get skunked and I can not lie
Reactions: fish&snow, jiggermyster, Mark C. and 17 others
Upvote 1

Sounds like a great day with your bro.
Reactions: Ahkhuang
Upvote 0

Yes, we now have serious BFT fishing addiction
Toggle signature
-AH
I get skunked and I can not lie
Upvote 0

Bummer, but at least you and brother got to fight one awhile. Think you learned more from it?
Single speed reel? If so a 2 speed in low gear might help?

Tunahead said:
Bummer, but at least you and brother got to fight one awhile. Think you learned more from it?
Single speed reel? If so a 2 speed in low gear might help?

Yea, learned the spinning reel had two drag knobs and we could have increased the drag more after we lost the fish. I wasn't confident on casting the Mak 30 2-speed. I need to practice it and get more distance and comfortable with the free spool. Tuna did come close enough later to flip a lure or maybe a larger mackerel on them which I can manage with the larger reels. I should have switched!
Toggle signature
-AH
I get skunked and I can not lie
Reactions: Tunahead
Upvote 0

Tuna fishing since 1960, 100's have asked me what it's like.
I tell them like hooking a truck along the freeway, trying to
stop it, and wind it in.

Nothing beats hearing your drag singing
Reactions: Ahkhuang
Upvote 0
Show hidden low quality content
You must log in or register to reply here.