Headed out early morning from Huntington harbor. Stopped at the west end catalina for a few bass before making our way to the tuna spot. Heard the bite wasn’t really happening til around 10. Got to the tuna zone around 10:30 and started our troll. Saw a few foamers and worked the area down to the snail. Lots of empty patty’s. Ended going back to a spot where we saw foamers earlier. Boxed the area for 2 bft then headed back to the docks to get the fish on ice. Back to the docs by 3:30. Nice easy day. Light winds and flat seas.

Trolled 14-16 mph.
Troll pattern is a mess bc we kept seeing jumpers behind the boat while following the birds and kept circling the area. 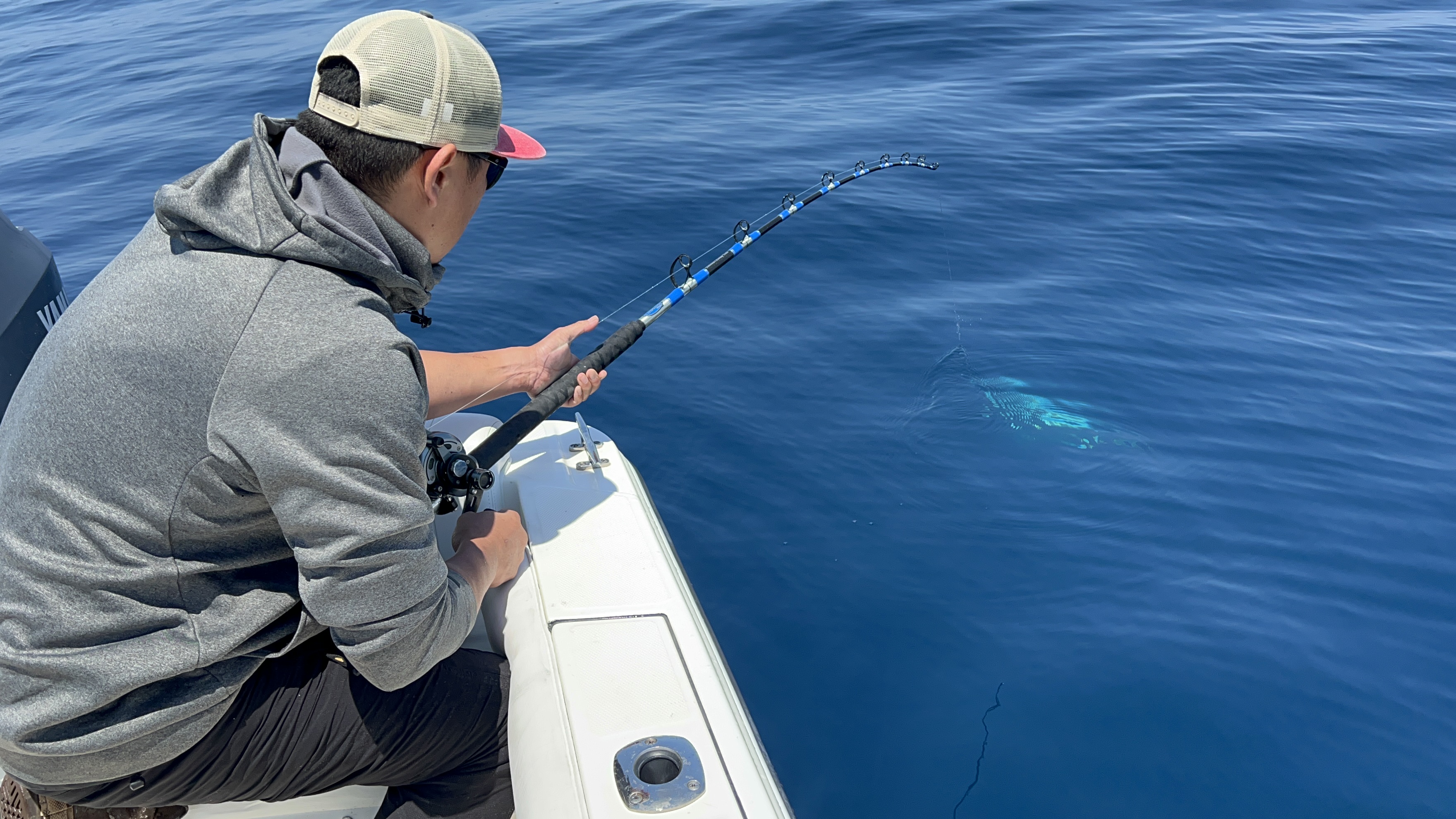 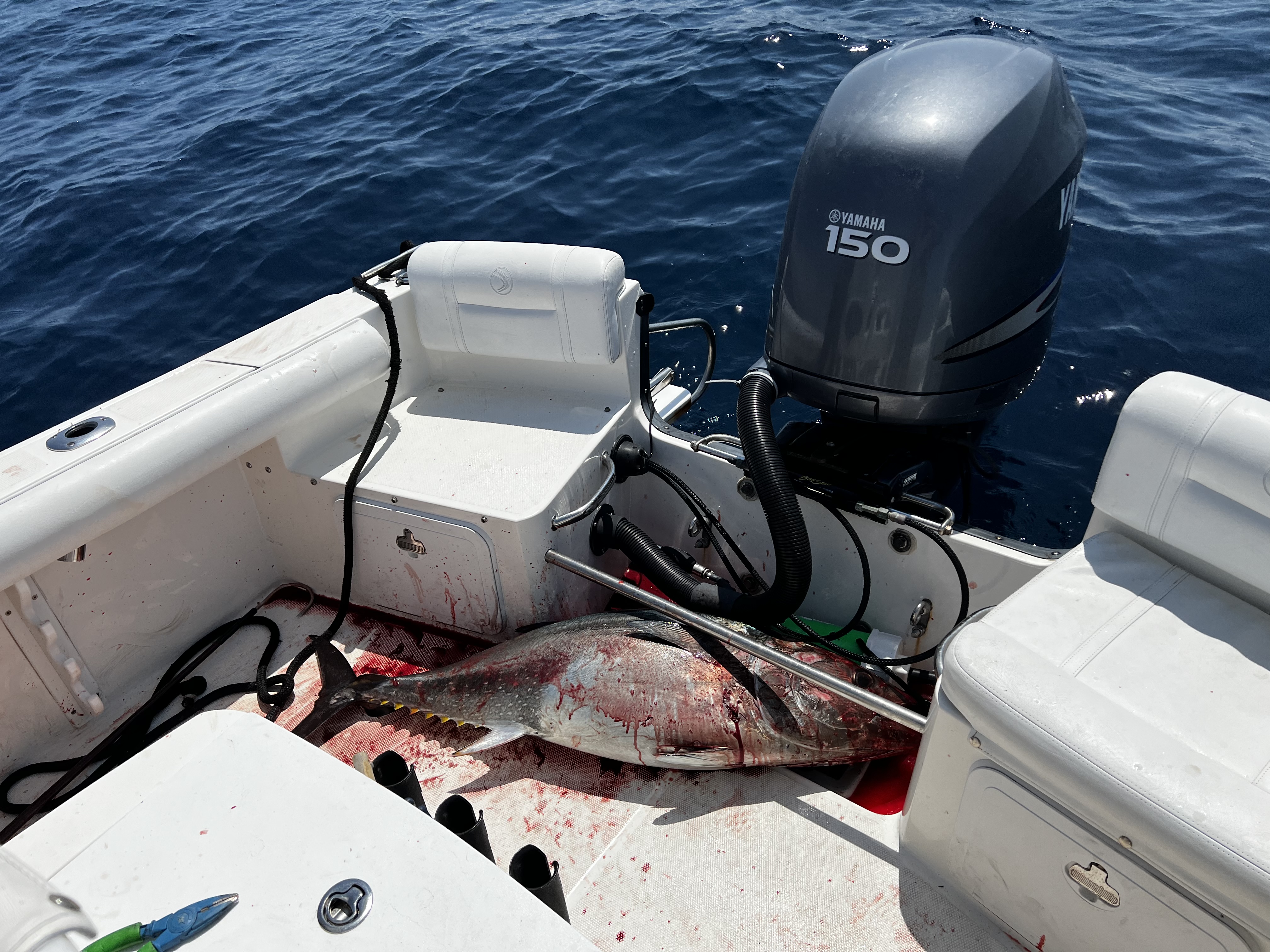 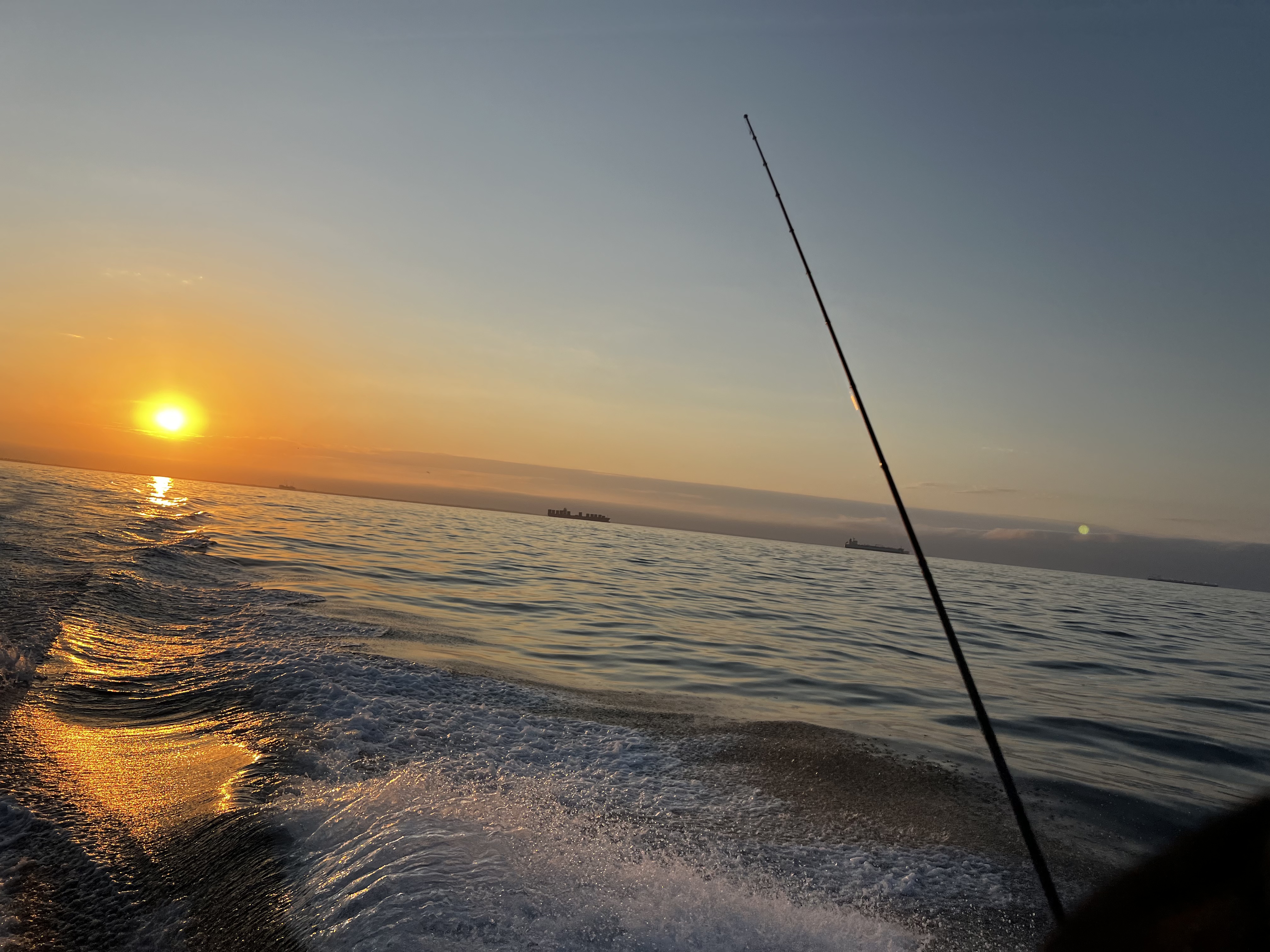 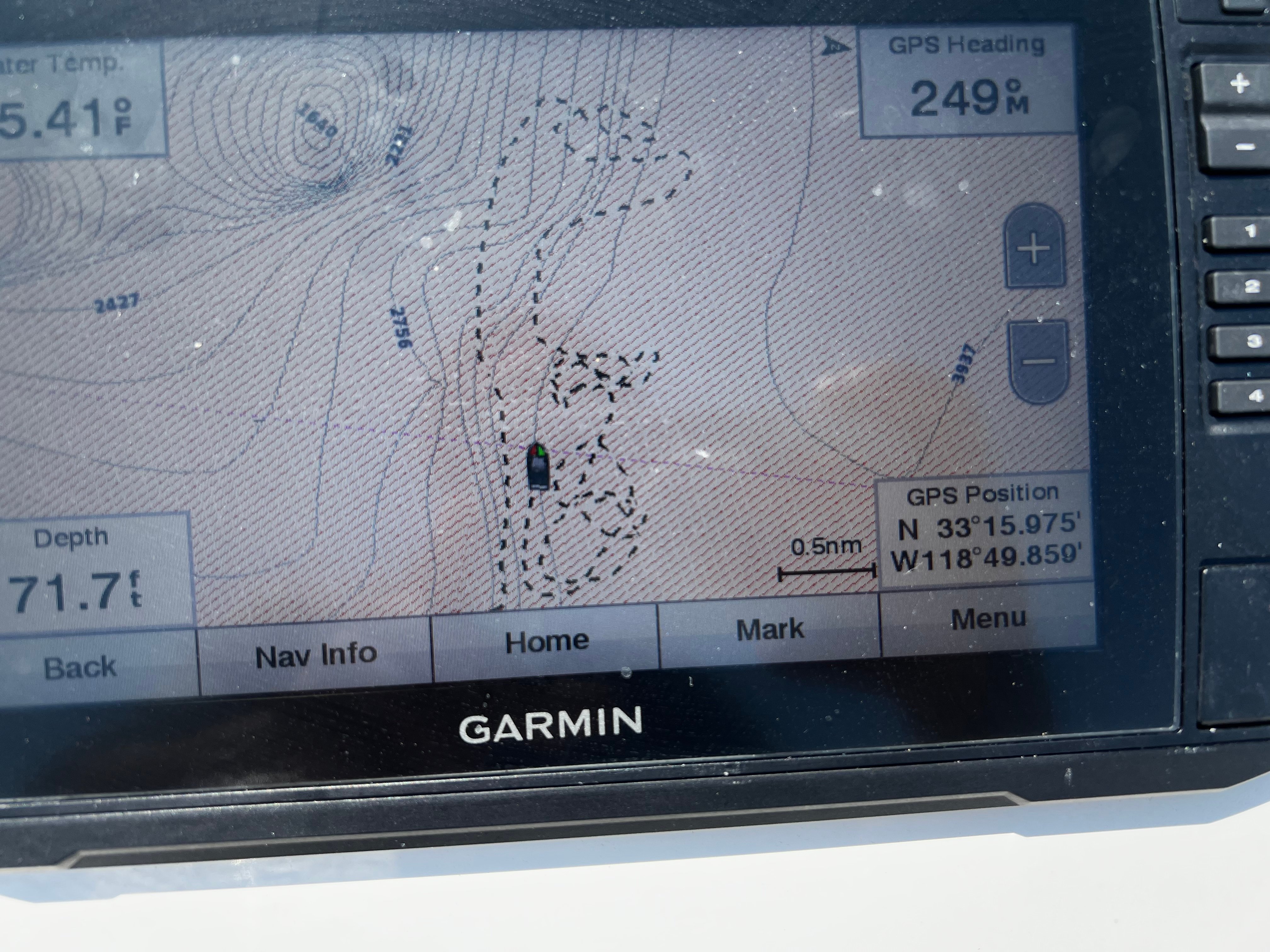 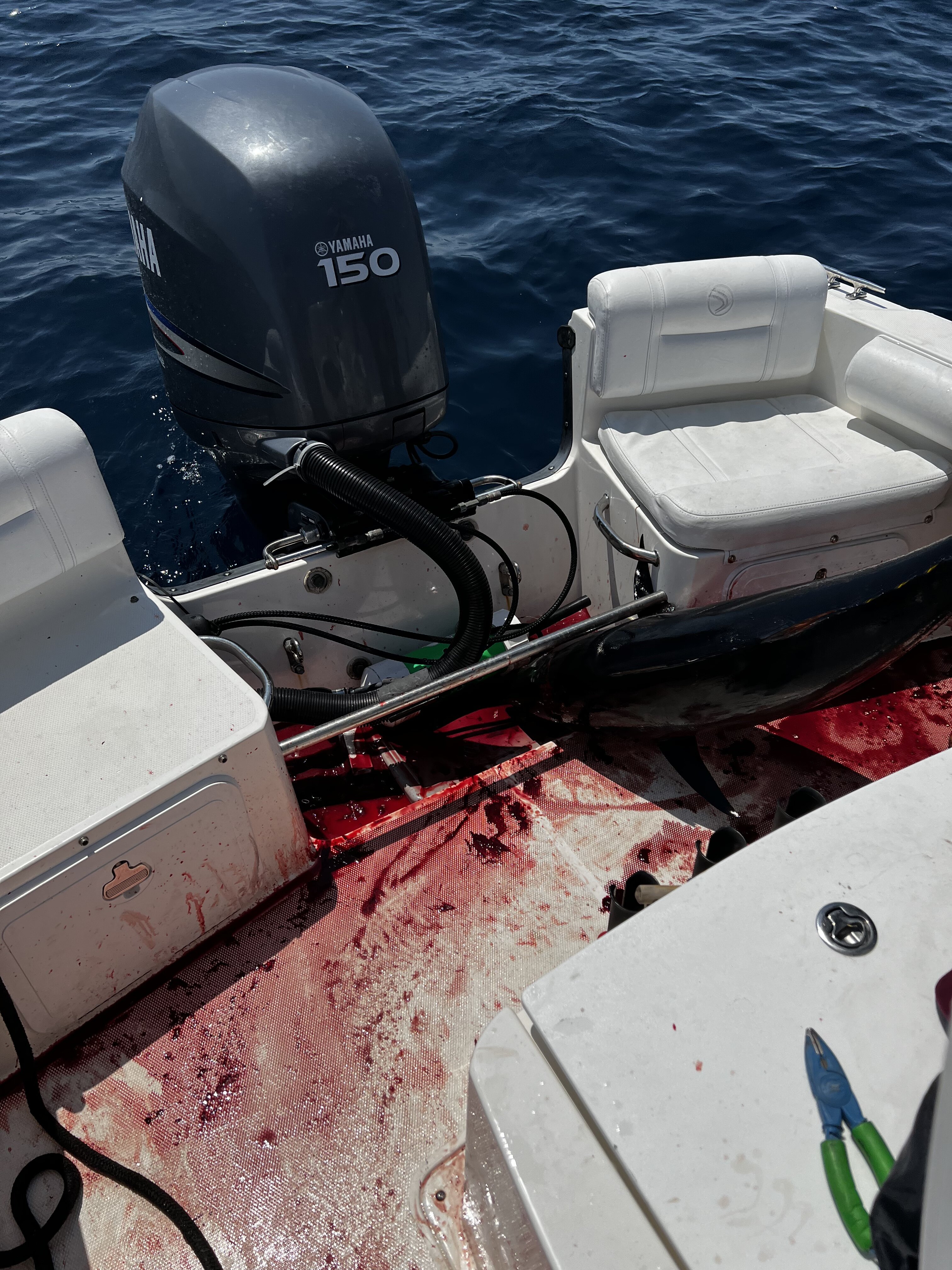 Toggle signature
Friends will bail you out of jail Best friends will be next to you saying that was f#!k-ing awesome

What were ya trollin? Macs?
Reactions: fish&snow
Upvote 0

200 madmac pink makeral.
Makaira 16 loaded with braid. Had half the spool out way behind the boat.

Quick tip for those that maybe new to this.

Keep the reel in high gear and just wind. The fish hit so far back they don’t really know they are hooked. They’ll stay near the surface and speed run to create slack to shake the hook. Once it gets real close and sees the boat this fish will start the fight and dive. At that point you can fight them and drop into low if needed since now the fight is up and down instead of on the surface. If you drop into low too early the fish can create slack during its surface run and shake the hook. As long as you keep the pressure on they should stay hooked.
Last edited: Jul 30, 2022
Toggle signature
Friends will bail you out of jail Best friends will be next to you saying that was f#!k-ing awesome

Reactions: Kevin A, Jibber805, Tunahead and 4 others
Upvote 0

You guys did well, thank you for the report.
Upvote 0

I think we were the smallest boat out there lol.

The big boys out there have some really nice boats.
Toggle signature
Friends will bail you out of jail Best friends will be next to you saying that was f#!k-ing awesome

How are you rigging the Madmacs?
Upvote 0

80 lb spectra to 110 lb mono leader. About 30-40 feet of mono. San Diego knot directly to the ring on top of the Madmac. Two Owner 4x 5/0 treble hooks on the madmac.
Toggle signature
Friends will bail you out of jail Best friends will be next to you saying that was f#!k-ing awesome

Nice, what boat do you have? How big is your tank?
Upvote 0

Supposedly these are the manufacturer's specs.

Toggle signature
Friends will bail you out of jail Best friends will be next to you saying that was f#!k-ing awesome

Offshore Trolled 499 and all over.