Finally the OC guys don’t have to run all the way down to SD to get in on this fun!! Don’t post much but been getting hit up a bit on my Instagram and on YouTube figured I’d throw a report out there. I picked up my 17ft Bayrunner on BD last year and she’s been treating me right. Maybe a few of you remember her since she’s been around the block. Lol. I’ve been out a few times the last month and thought I’d share a quick report of just last week.

Ran to the 277 with my father in law on my bayrunner since there was a good temp break. Found some small puddlers east of the 14 but wanted to get away from the fleet. Found the meat. Sent out the “cedar plug”

Fished some puddlers and connected again on the troll. Heartbreak at boat as I almost got thrown into the drink and lost my whole trolling rig. Wish I had it on film since it was a wild scene. Good fish for sure. Ended up heading east of the bank for the rest of the day where it was foamer city. Connected with one but sawed me off on the small popper.
Ended 1-3.
7/25 Newport Beach/Dana Point Bluefin TUNA!


7/27
Ran out on my brothers 16ft Element CC hoping to land a few before the wind picked up at 1pm. Well, we did it. Limits. Fun grade. This time we were further South East of the 277 where we found the meat. 4-10 on the small orca popper and coltsniper jerkbait. We ended up working this zone with a 285 Conquest named “Kerosabe”, I believe. Good fishing with you fellas. It was extremely effective since schools would sink out and would later pop up. We were able to cover a lot of ground and radio each other in. I encourage other Skippers out there to work with each other. We were the only 2 boats out there till about 1230. Well, 1pm with limits we headed back to the barn getting our asses handed to us. Ended up finding BIG, BIG grade right on the 267. Casted on them a few times but sunk out. 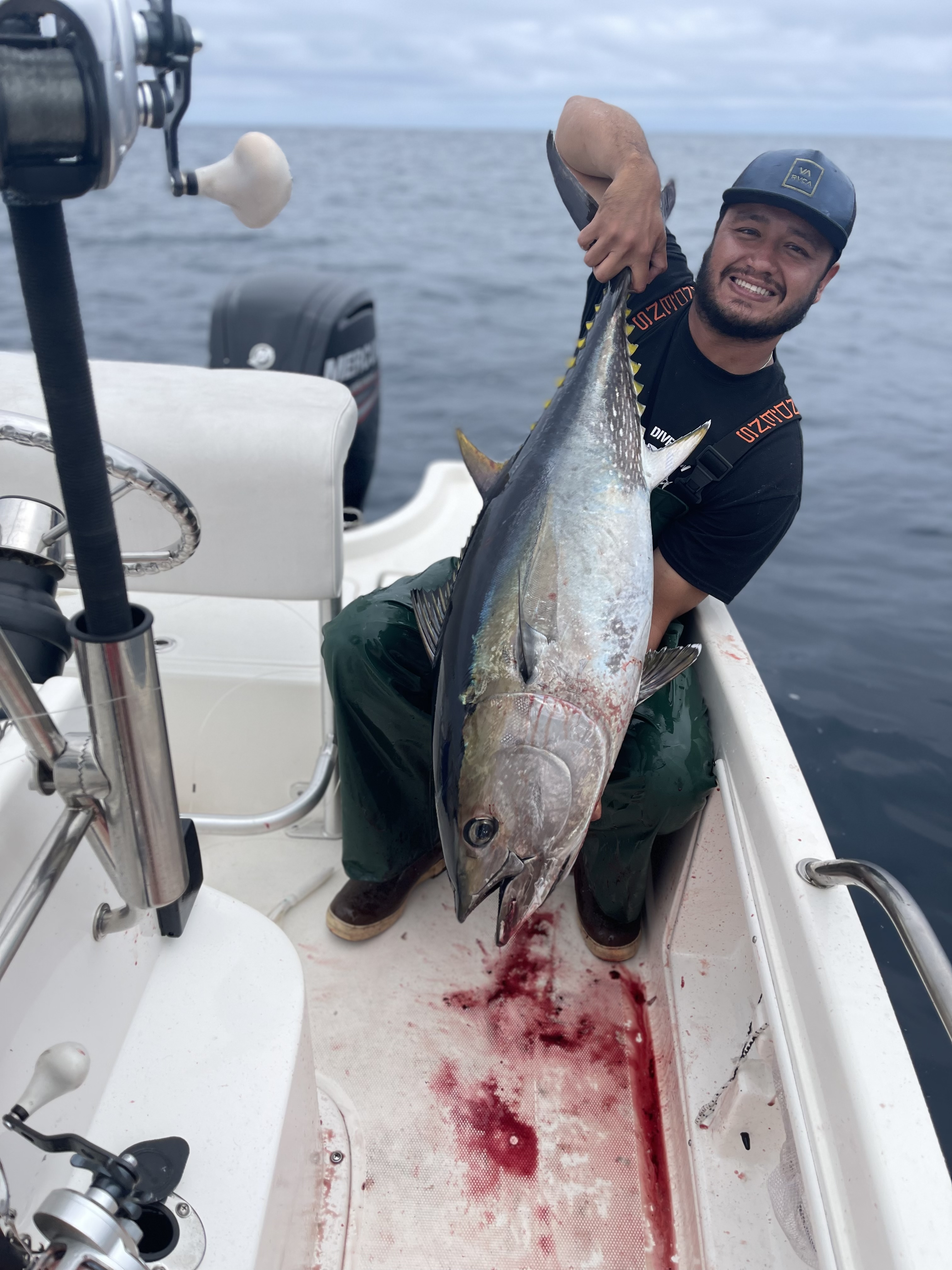 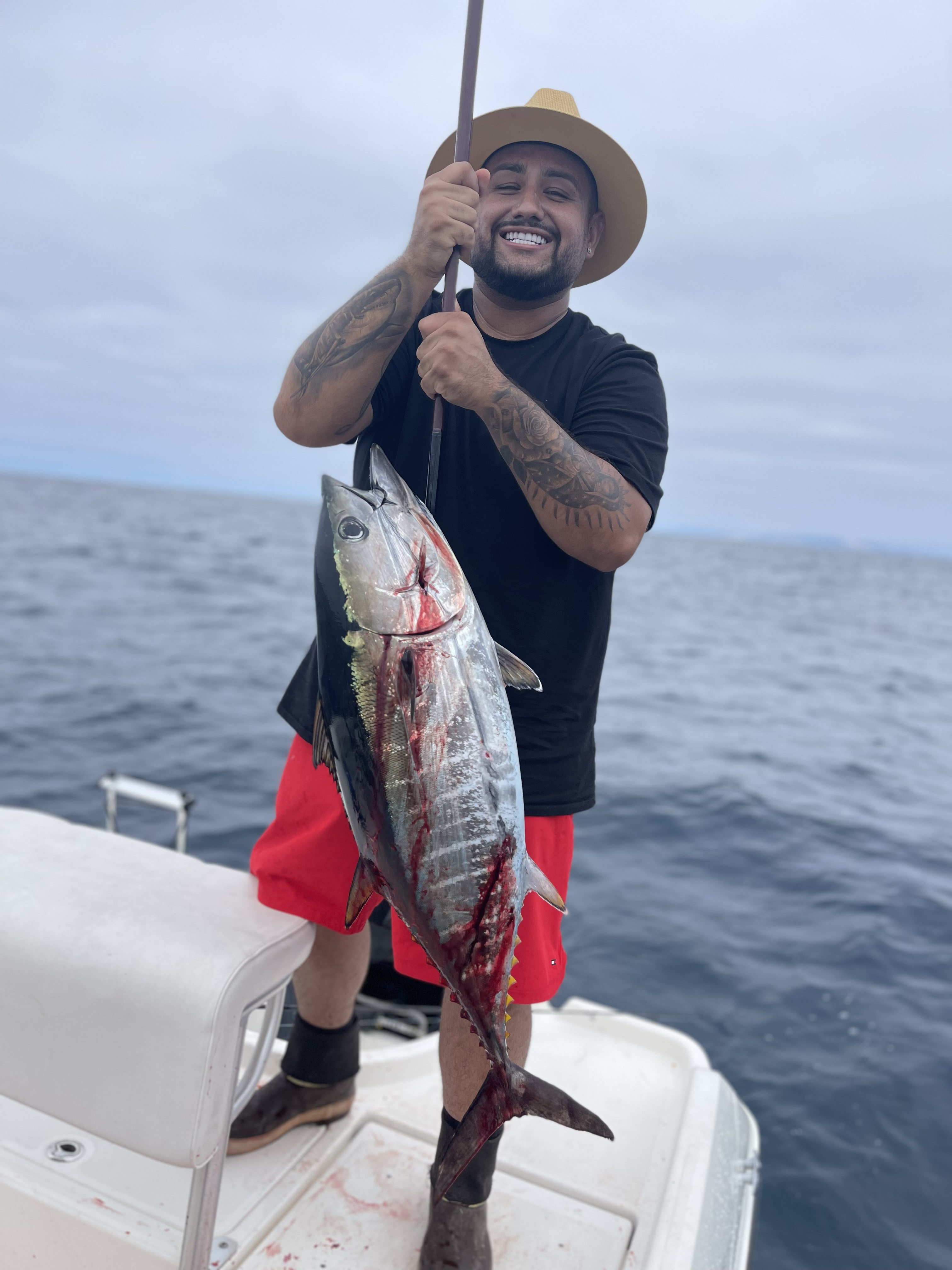 Half assed GoPro edits on the iPhone show some of the trips I’ve had on YouTube. Diversion Fishing. Sorry, don’t have time to get all fancy.

Crazy year it’s been. Caught a few, lost some. Also caught a 40lb bluefin in 60ft of water @ Coronados this year.

I don’t post on here since I don’t want to burn spots/tactics and sick of the trolls. Met some awesome people on BD and some that are tools. Hey, people probably think I’m a loudmouth tool too.

See you out there

Cedar plug in the house

Way to go guys, I'm happy for you, good times.
Thanks for the report and the awesome video.
Way to make some great memories, you'll love pulling them out in 20 yrs. and showing your kids how it was in the good ol days.
Toggle signature
The more people I meet, the more I like my dog. gonzo25 said:
Way to go guys, I'm happy for you, good times.
Thanks for the report and the awesome video.
Way to make some great memories, you'll love pulling them out in 20 yrs. and showing your kids how it was in the good ol days.
Click to expand...

Thank you brother. We are truly living the good ol days
Upvote 0

Nice BFTs! Thanks for the report.
Toggle signature
-AH
I get skunked and I can not lie
Reactions: DiversionFishing
Upvote 0

I definitely think the tunes played a critical part in sneaking up on those fish, keeping them relaxed!

It's nuts out there right now! Nice going!
Upvote 0
Show hidden low quality content
You must log in or register to reply here.