Left Oceanside at 6am with a half scoop of dines. We went south off of Buccaneer Beach for easy macs in 60' of water.

Turned due west and went 20 miles for little life. At 22 miles, porpoise, whales, and a few birds started to show. We trolled tuna feathers and macs over the top of meter marks but could not get anything to go.

Turned back southwest toward Del Mar and came up on crashing birds at 6.5 miles from the beach. The water was green as pea soup and 75.5°. Under the birds were tons of small yellowfin. Mixed in were the backs of some really big fish. My non-educated guess was 100lbs plus.

We tried everything, poppers, flat falls, iron, dines, macs right on top of their heads....no takers. The fish were boiling within 50' of the boat.

We decided to slow troll macs way...way ...way back to see if we could drag them through the schools. Since the majority of the tuna we were seeing were small, we had one bait on 50lb and another on 15. The mac on the 15 was missing it's tail (had to cut it off when it tangled with the sabiki).

5 minutes into the slow troll, the light line goes off. I knew it was not a huge fish. I handed the rod to my 12y/o son to catch the first tuna of the season for us. Then it jumped! He got to catch his first ever Dorado! We didn't weigh her and really don't care how much it weighed. He was totally stoked to catch a dodo!

This was the only fish of the day for us. 62 miles. Saw temps to 77.1°...Had a hammer turn and charge to look at the feathers we had out. 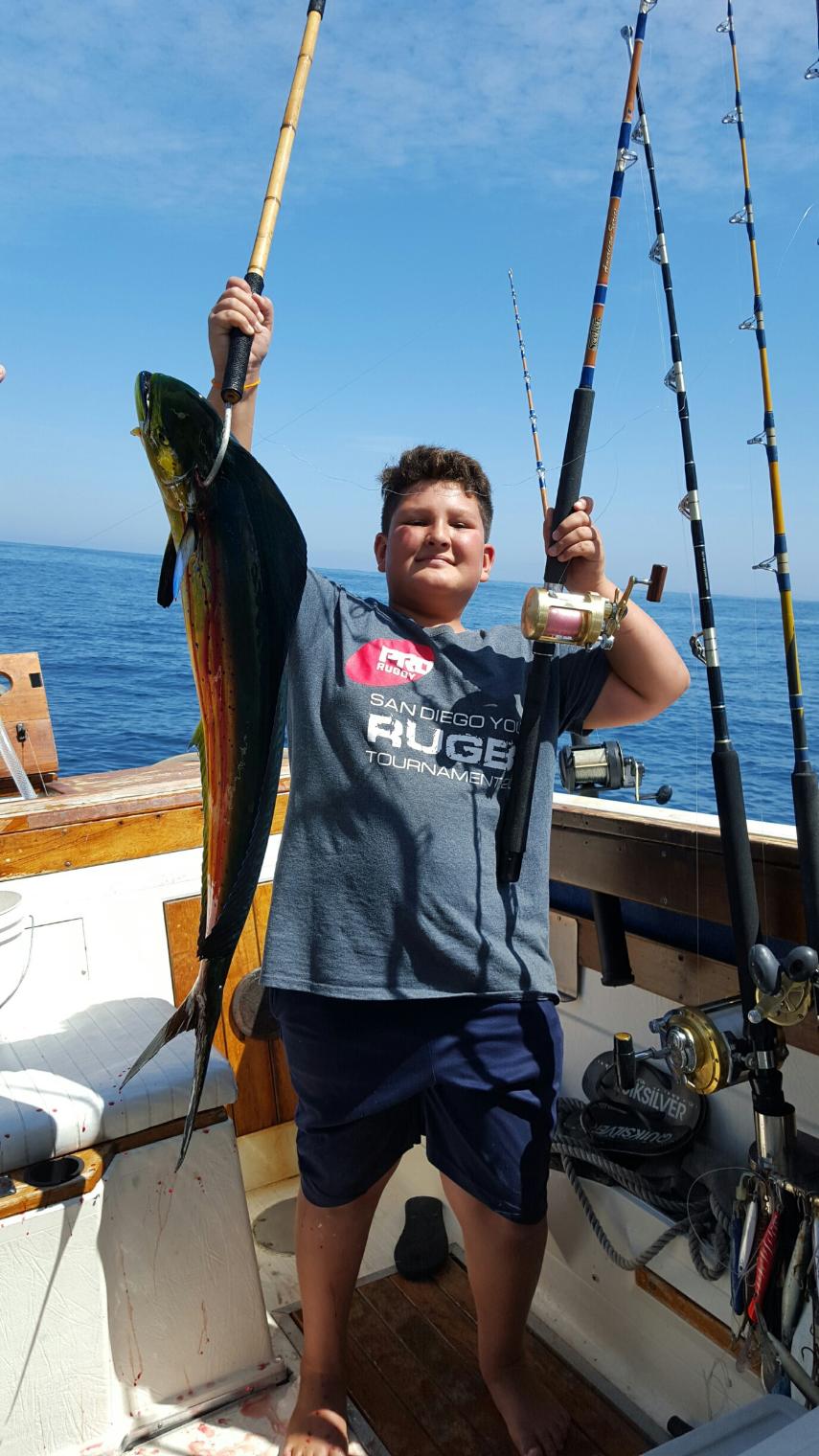 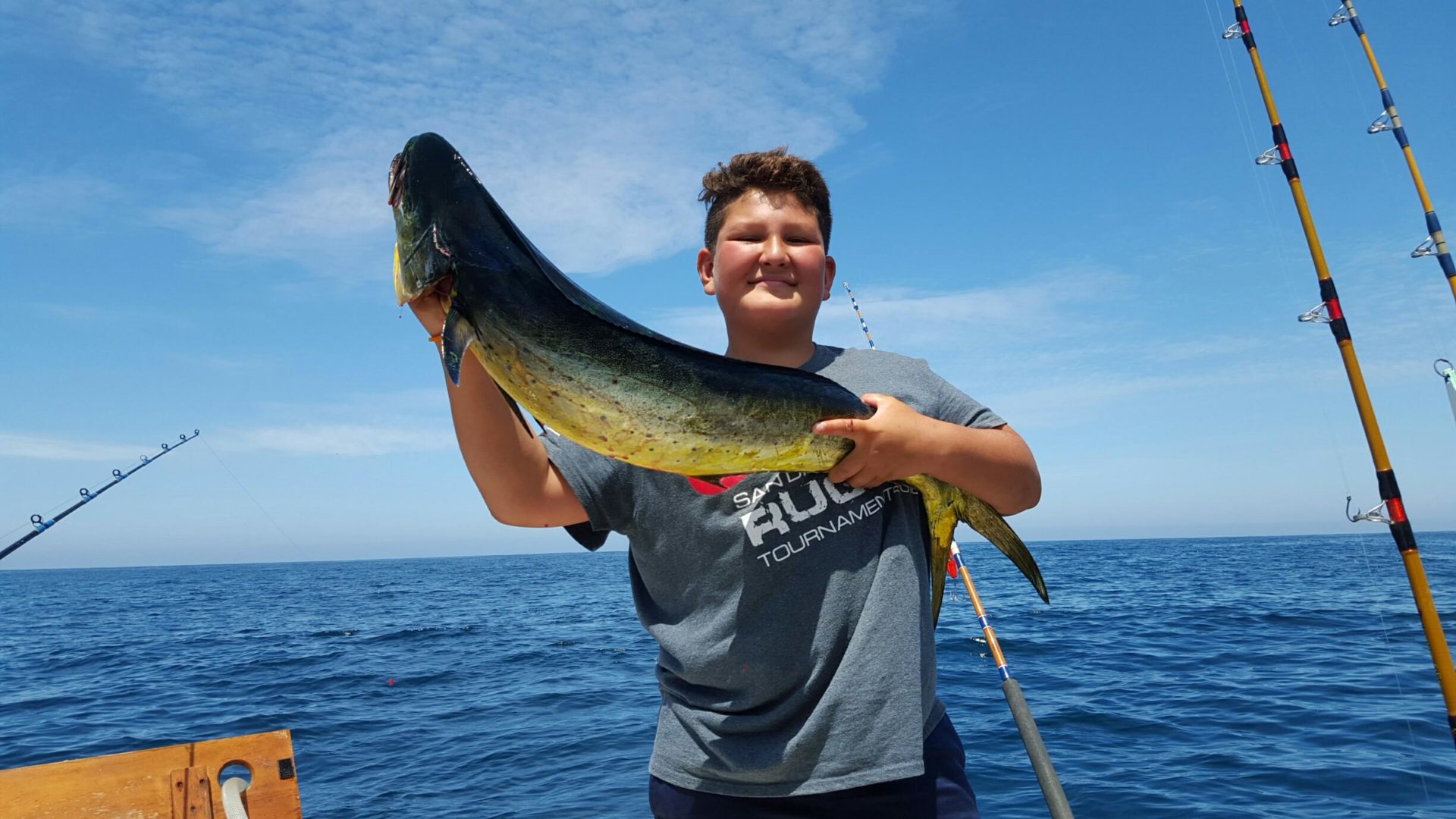 Cool report kid looks super happy and proud of his land. Nice dodo.
Thanks for the repory
Toggle signature
If im working im wishin i was fishing if im fishing im wishing i was catching!
Upvote 0

Fun to get a dorado !! Congrats. Thanks for the report!

Very nice!! Great work dad! I need to find the old lady one this year! Next year...it will be my daughter's turn! (6yrs. old next month.)
Toggle signature

Catch fish and be happy!!!
Upvote 0

way to go two mikes nice reel too! glad you found some life out there
Upvote 0

Way to try all the tools!
Upvote 0

The look on your boys face, he's proud of that one Mike!
Upvote 0
Show hidden low quality content
You must log in or register to reply here.