Heading up the point back home from some pretty good yellowtai fishing at the islands. Ryan was driving. Fisher, Andrew, and Marco were on deck. We headed out with a full boat of anglers and headed south. Suggested setups from the crew were yo yo iron (full size) and dropper loop setups with surface iron on the side if the fish popped up.
The ride down was COLD ! Wear your layers if you come out. There was also some major crossed up swell in the water. At least 6 guys were puking on the way down. Luckily this died down by mid day. Weather was clear and sunny with a good breeze going the whole day.
Now to the fishing! There were scattered birds schools all over the place . Lots of live whales,, dolphins,, seals,, and the most birds I've seen around there in awhile. Ryan put us on good schools of fish almost all day. Yo yo irons were the rule but we had a few schools boil and about 4 were caught on surface iron. One was even caught on a flyline bait. Dropper loops also caught 1 or 2 fish. Fish were good sized from 10-15 + lbs. As far as iron, I saw fish come on mint, blue/white, dorado, scrambled egg, chrome, green/yellow, mint/white, and solid red. Best color was the one in there face. Lots of fish around but they never stuck around for long. Everyone had chances at fish. All the kids, ladies, and first timers caught a fish. Hot stick had 5 or 6. I personally had to finally pay the devil his dues ! I went 0 for 3 with a couple more bumps on the drop just to let me know I'd have a limit if things had gone my way. I was using solid Mint JRI and wouldn't have done anything different. Sometimes they come off. Never happened to me 3 times before but "Never say never right?"
Anyway, Ryan and the crew did a great job as usuall. Ryan stayed late and looked for yellows all day (finding them most of the day) some schools bit and some didn't but pretty darn good for early Coldwater yellow fishing. When they pop its gonna be real good ! 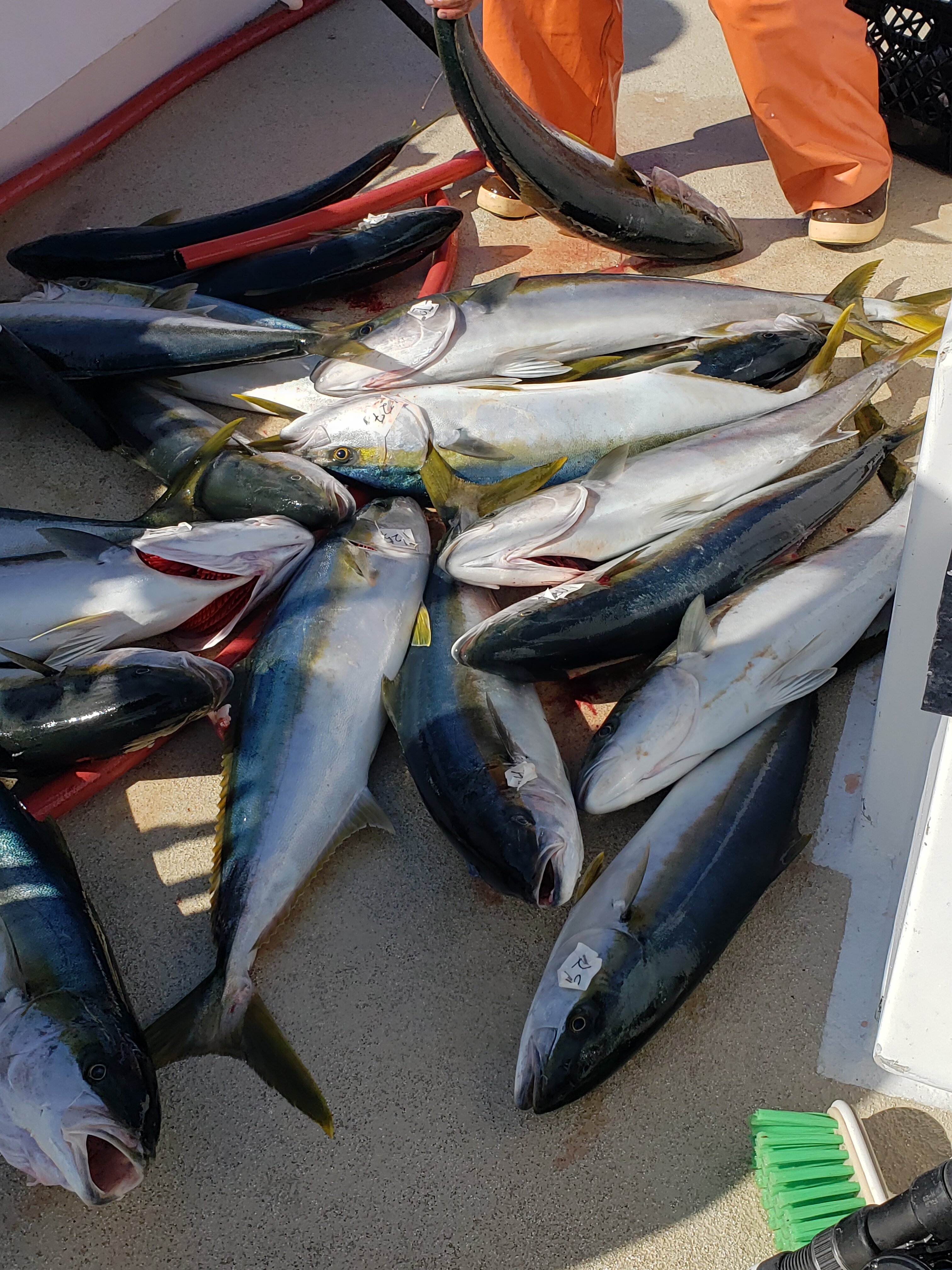 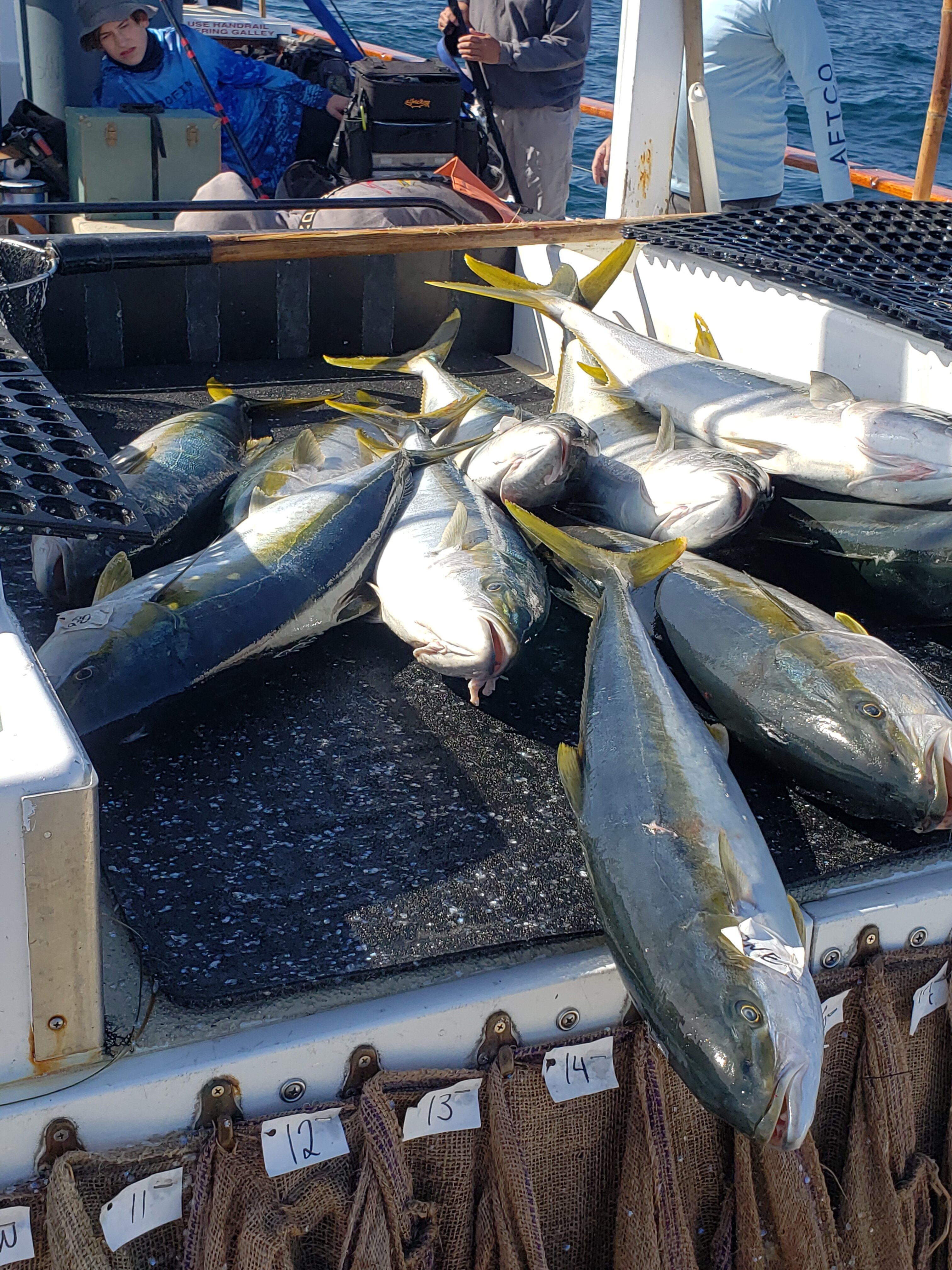 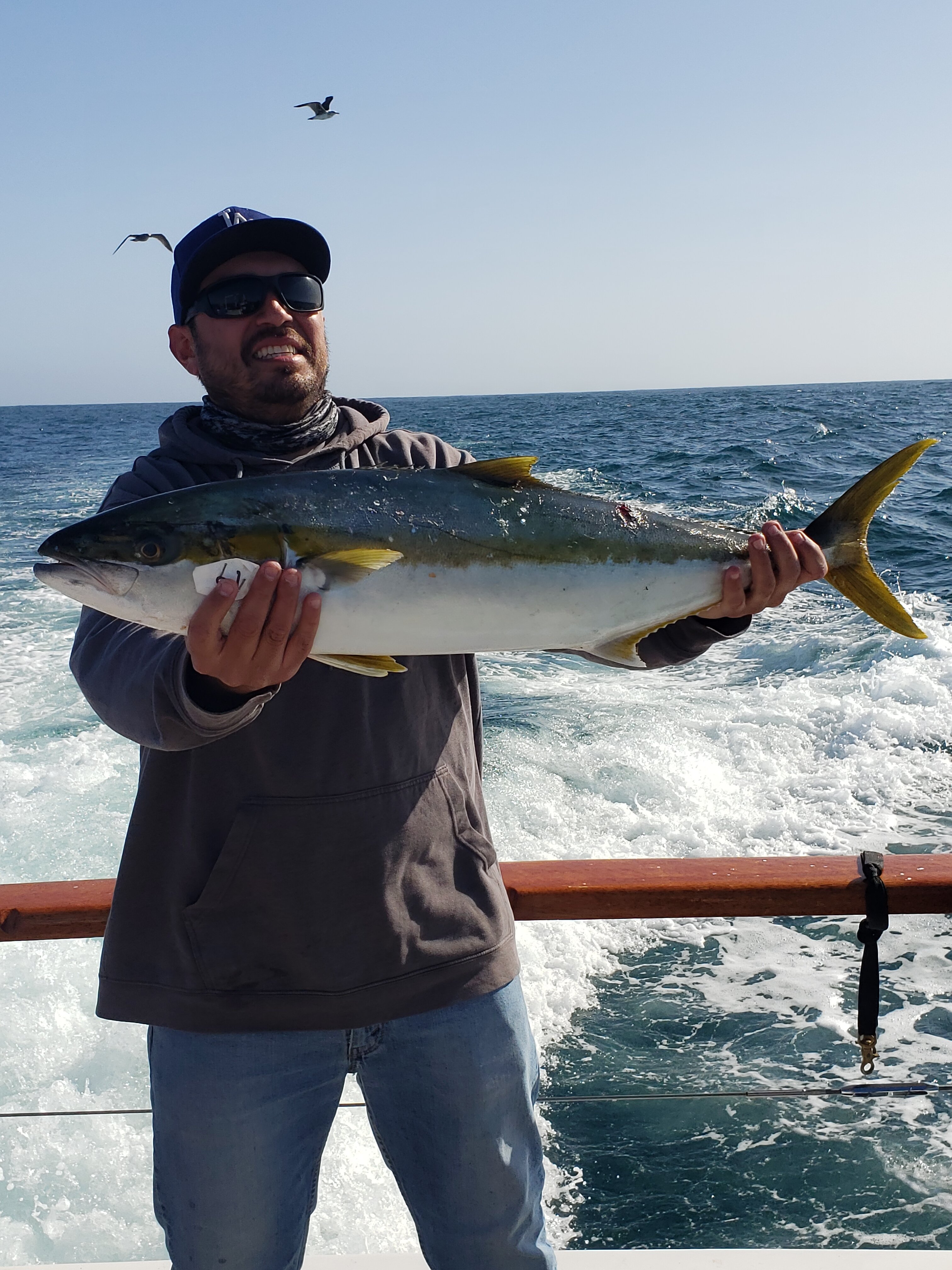 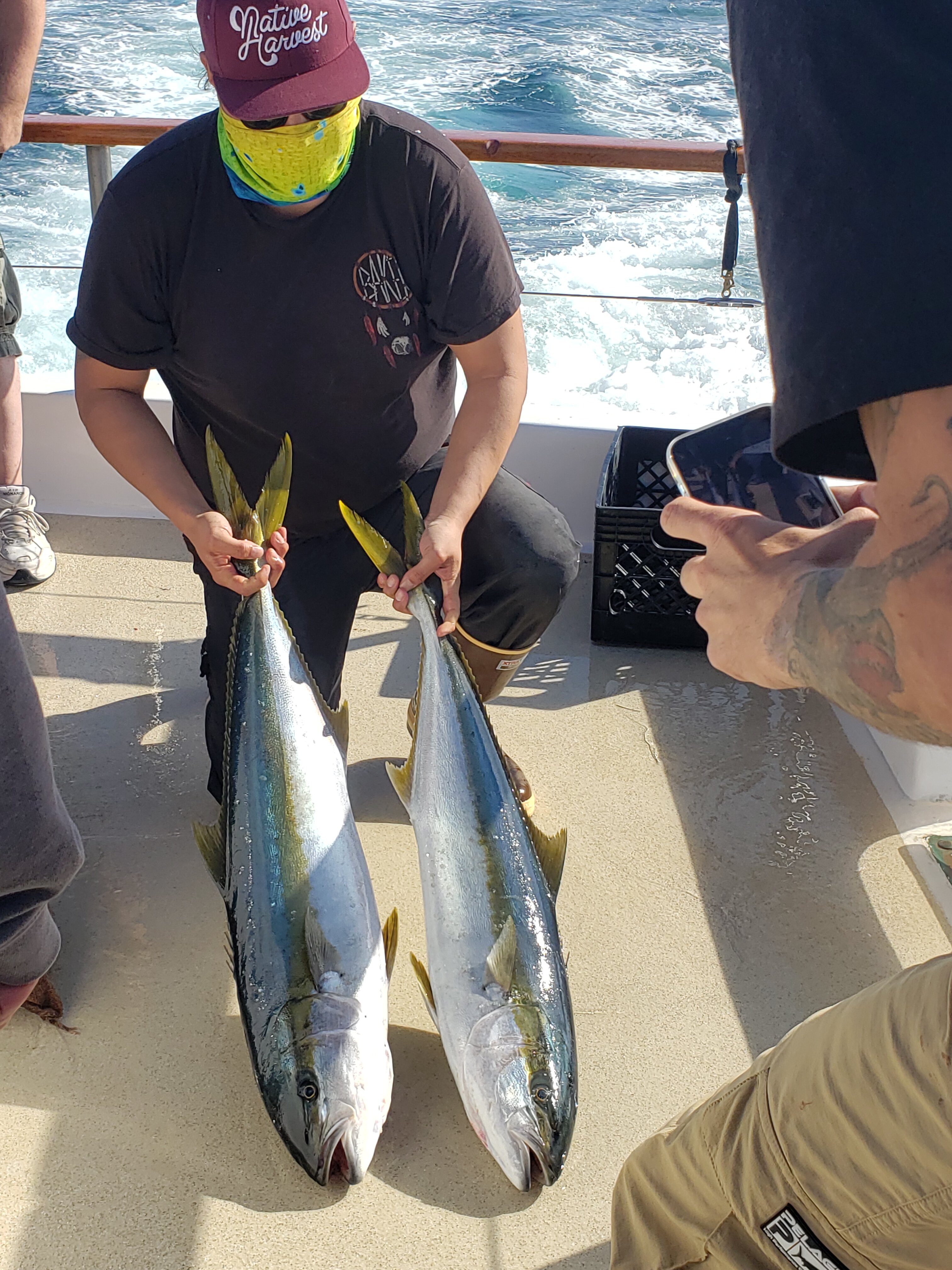 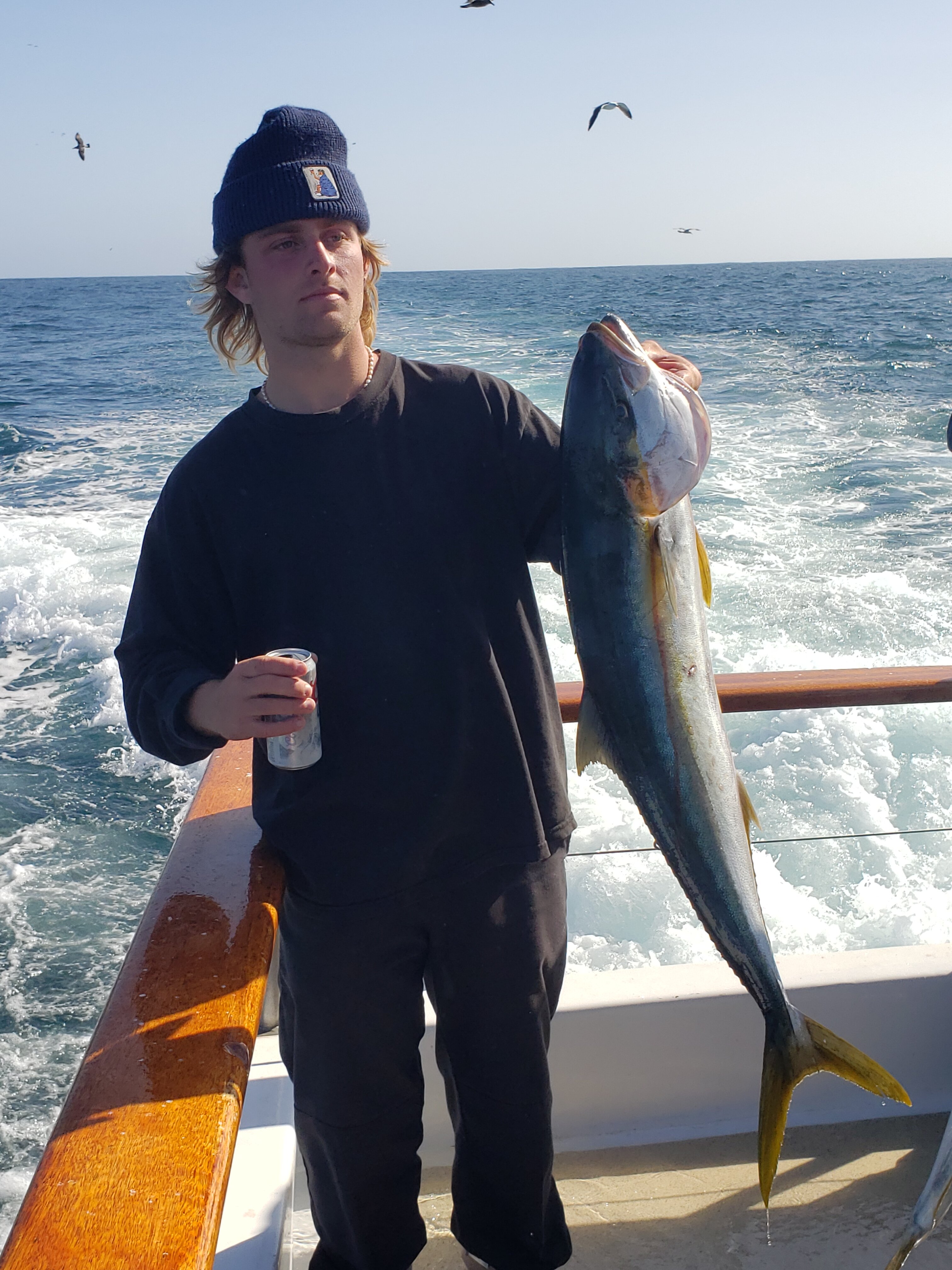 Couple of guys took their mask of for a quick pick and then back on. Covid rules on the boat.
Go get um guys !
Reactions: joker63, Prince, Noms and 51 others
Upvote 8 Downvote

Ray,
Awesome write up. Thanks for the detailed report!
You paid your dues....You'll get 'em next time.
Reactions: jig77 and streetnfish
Upvote 1 Downvote

Was there today too...my 50th birthdayday today. Good way to start off. 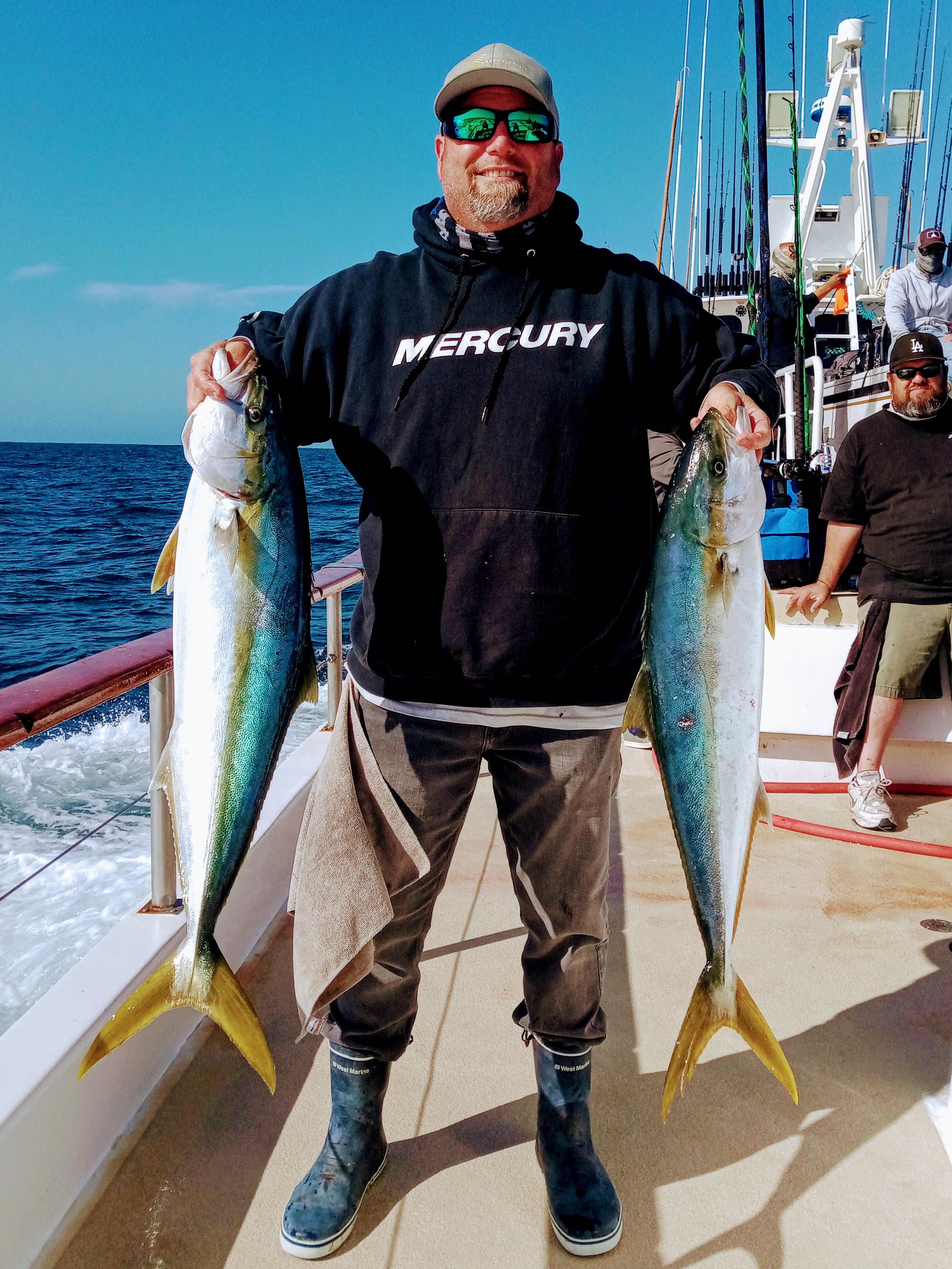 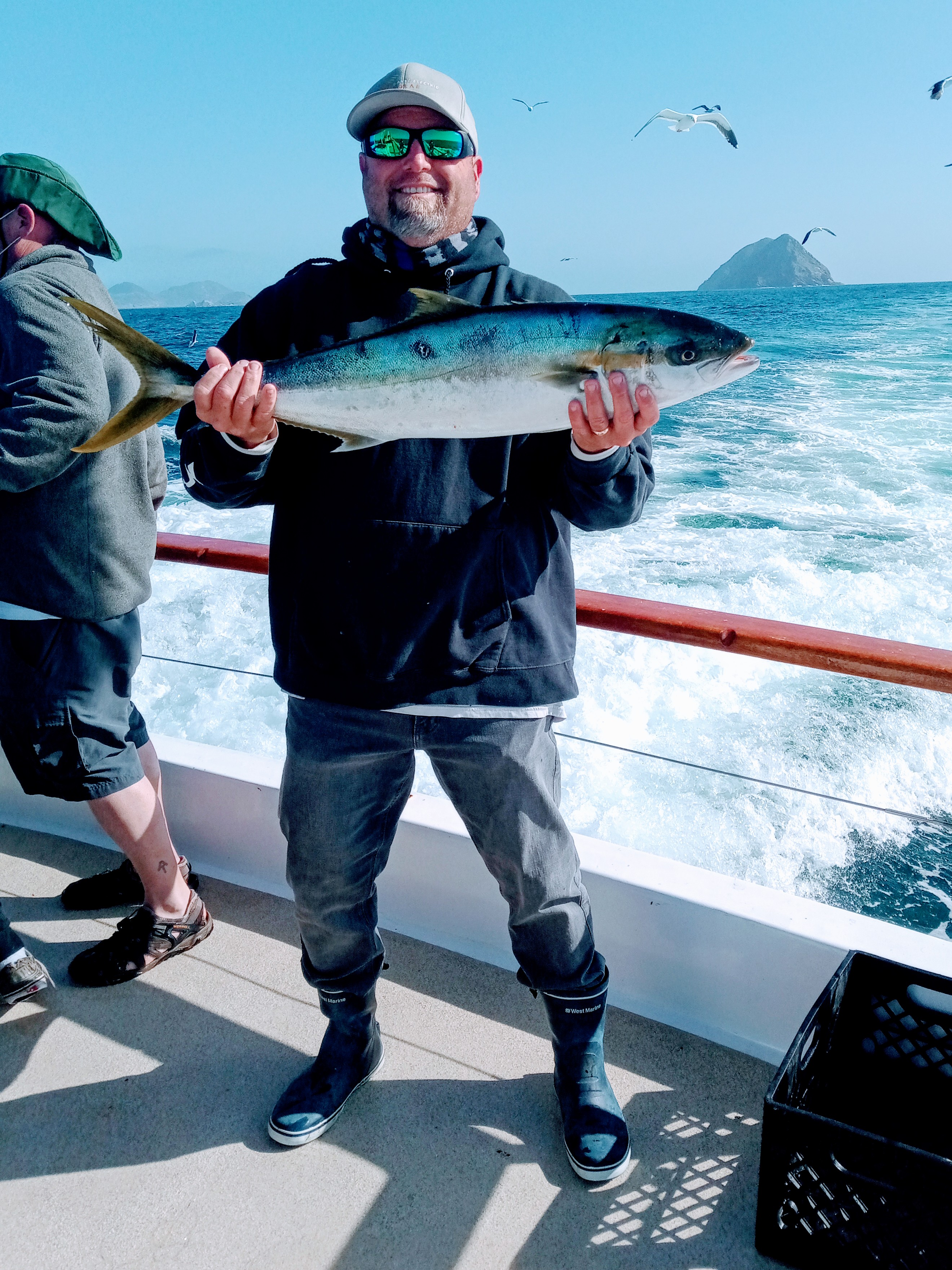 Thanks for the report? What size line was working? Think we can get away with straight braid to a yoyo iron?
Upvote 1 Downvote
J

Wow! Thanks for posting up. I need to get busy on all my permits for my boat to go to Nados.
Upvote 1 Downvote

tuff guy said:
Thanks for the report? What size line was working? Think we can get away with straight braid to a yoyo iron?
Click to expand...

40 and 50lb. Short or long flouro or mono top shots were all working. I would not go straight braid to iron. It would be havoc to yourself and the other anglers. Remember you are fishing with 30 + other people with various degrees of experience.
Reactions: jiggermyster, One_Leg, tuff guy and 1 other person
Upvote 2 Downvote

Good fishing with you. Congrats on the birthday fish

Booger has it dialed in.
Toggle signature
Upvote 2 Downvote
J

Great report, and awesome pictures! Looks like a great way to start the season!
Upvote 1 Downvote

I've noticed that most of my yellowtail at the Coronados on full size yo yos are hooked on the outside of the mouth. My theory is they bite mid jig as opposed to swallowing it, thus the hook grabs outside, and the outside hookset is easier to throw free. I know I've lost quite a few yo yo hookups there, where down south on the bigger fish I rarely lose a yo yo hook up.

Thanks for the report. I'm anxious to get back down there. I was actually in my tackle room last night putting together my Coronados gear.
Reactions: OldDawg_NewTricks, fishin_kid, dctalk523 and 1 other person
Upvote 4 Downvote
X

I got you beat, I was hit 4 times last Wednesday and had all of them come off. Cranked through the bite with them pulling drag and everything. I think I'm going to start tying an assist hook to the top ring of my yoyo jigs and give it a test.
Reactions: streetnfish
Upvote 1 Downvote

Xylophone said:
I got you beat, I was hit 4 times last Wednesday and had all of them come off. Cranked through the bite with them pulling drag and everything. I think I'm going to start tying an assist hook to the top ring of my yoyo jigs and give it a test.
Click to expand...