Hello BD Community! We are selling the Heat Wave and moving onto a liveaboard over in Puget Sounds...if you know of anyone that is looking for a serious fishing boat, but still comfortable for the 1st mate, please pass this along.

Being over in Spokane, I looked long and hard to find a trailerable, yet safe and comfortable twin engine boat that would allow for extended cruising, but had a large, self-bailing, flush deck for fishing, crabbing, etc. We found this boat in Portland and brought it back to Spokane for a complete refit. Last summer, we launched the boat in Anacortes and spent a month cruising up into Canada. We made it as far north as the Broughtons before we had to be back to work in August. We also took it out on Lake CdA and Lake Roosevelt for a week each as well...anchor up and watch the 4th of July fireworks, then load her up and store on the trailer...no moorage fees!

This boat can do anything, from a weekend on the lake, Salmon and Tuna offshore, to a month in Desolation Sound.

Here is some of the basics. If you are interested in hearing more, please let me know.

1987 29’ Phoenix
9’6” draft
Twin Volvo 5.7GSI’s at 300hp each (low hours) Cruises nicely at 25 knots, but will do close to 40 wide open
Volvo Duoprop with stainless props
140 gallons of fuel
40 gallons of water
Lectra/San MC waste treatment system (really nice)
2000 Watt inverter running off 4-6volt house batteries (powers everything in the boat including the microwave)
New Upholstery
Froli under bed system with 4” memory foam. Super comfortable and great air flow.
Full flybridge canvas, camper canvas over the back deck, and winter window covers
Snap on window privacy screen over all the windows. You can see out, but can’t be seen in
Huge self-bailing back deck for fishing, crabbing or hanging out.
Walk through transom door to a large swim platform with retractable swim ladder
Large center hold for gear
Two in-deck fish holds
Large cooler on the back swim paltform
The skiff is custom built to fit perfectly on the swim step davit system. It easily lowers and raises with one person, and is very stable to board and mount the new honda 2.3hp.
The anchor system has controls in the flybridge for raising and lowering the anchor with the electric Lewmar winch. The claw anchor and ample chain held us in place in multiple storms.
The electronics package is excellent. Furuno chart plotter with washington and canadian charts. Radar. Two sounders, one on the pilot house and one on back deck. VHF & CB
Fusion stereo system with two zones, inside and outside. Controlled from your phone with the Fusion app
Flat screen LED TV, DVD and soundbar
The Galley has a two burner propane stove, refrigerator, sink
There is a nice cutting board, fish cleaning station that mounts to the back railing. A new Stainless steel BBQ fits onto the cutting board and locks into place
Two electric Scotty downriggers. The port engine idle is turned down to a great slow troll speed
Lots of pole holders, rod racks, and net holders
Triple axle heavy duty trailer with electric over hydraulic breaks, tows really well!

The previous owner had recently (350hrs) put new engines in and rebuilt the outdrives, and that was a big selling point for me. I re-fit pretty much everything else on the boat before our trip last summer. I gutted the entire interior, put in new fuel and water tanks, and rearranged the interior layout to better serve a cruising/fishing lifestyle. Way too much to list, but it is turn key and ready to go. I'd like to get $40K for her fully outfitted with skiff and outboard, downriggers, all safety gear, fenders, lines, etc. I have twice that into her.

Many more pics and info. Let me know if you are interested. Cheers, Bump

Looks very nice. That little pram is a beauty! Is it a Glen-L "8-Ball"?
Toggle signature
Believe me young friend. There is nothing - absolutely nothing - half so-much worth doing, as simply messing about in boats.​
Upvote 0

Good eye! Yes, it was built off the 8-Ball plans. I have all the hardware for the sail kit that goes with it, but didn't purchase the canvas. Makes for a great tender! Very stable, and light enough for the wife and I to carry up the beach easily.
Upvote 0 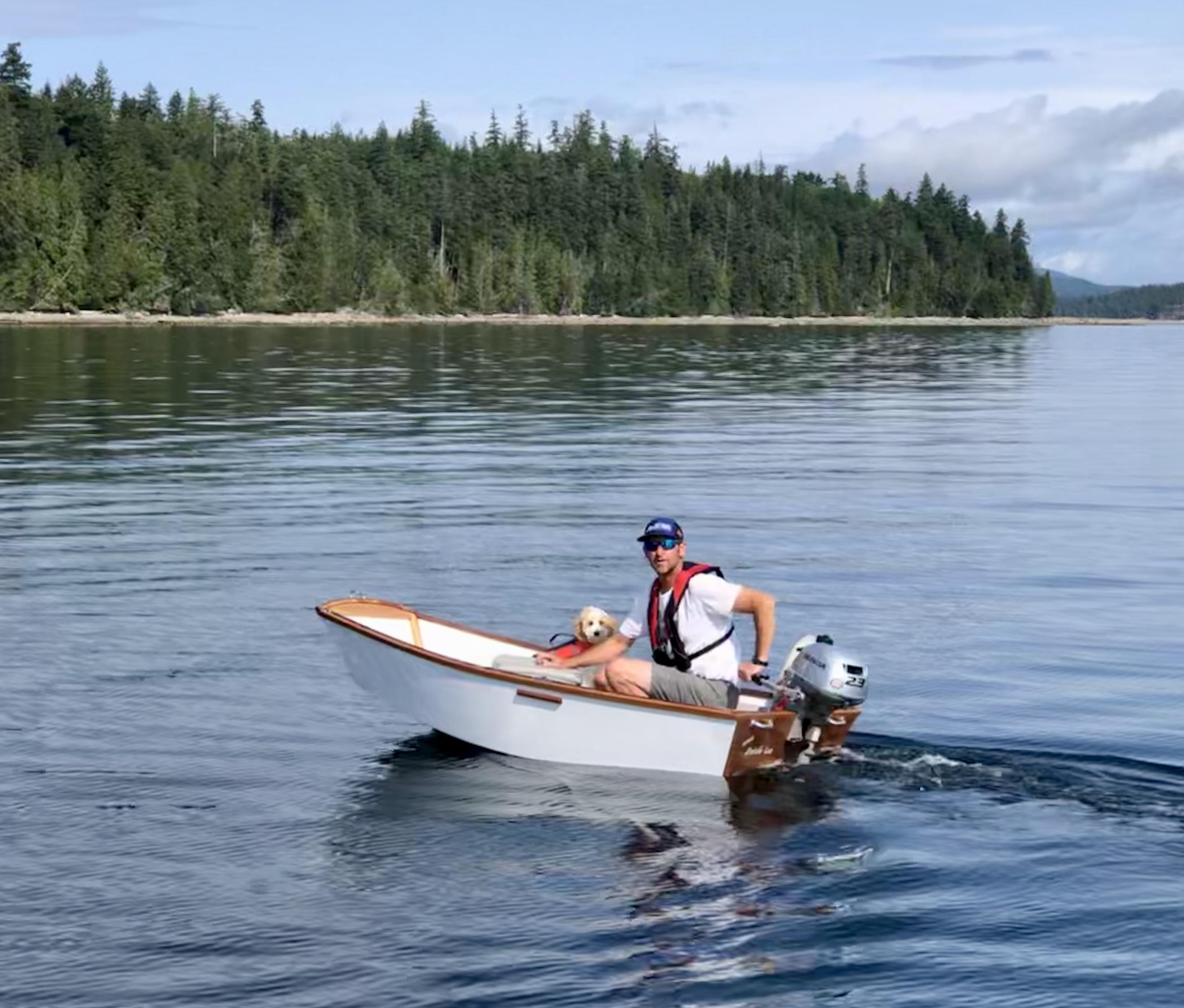 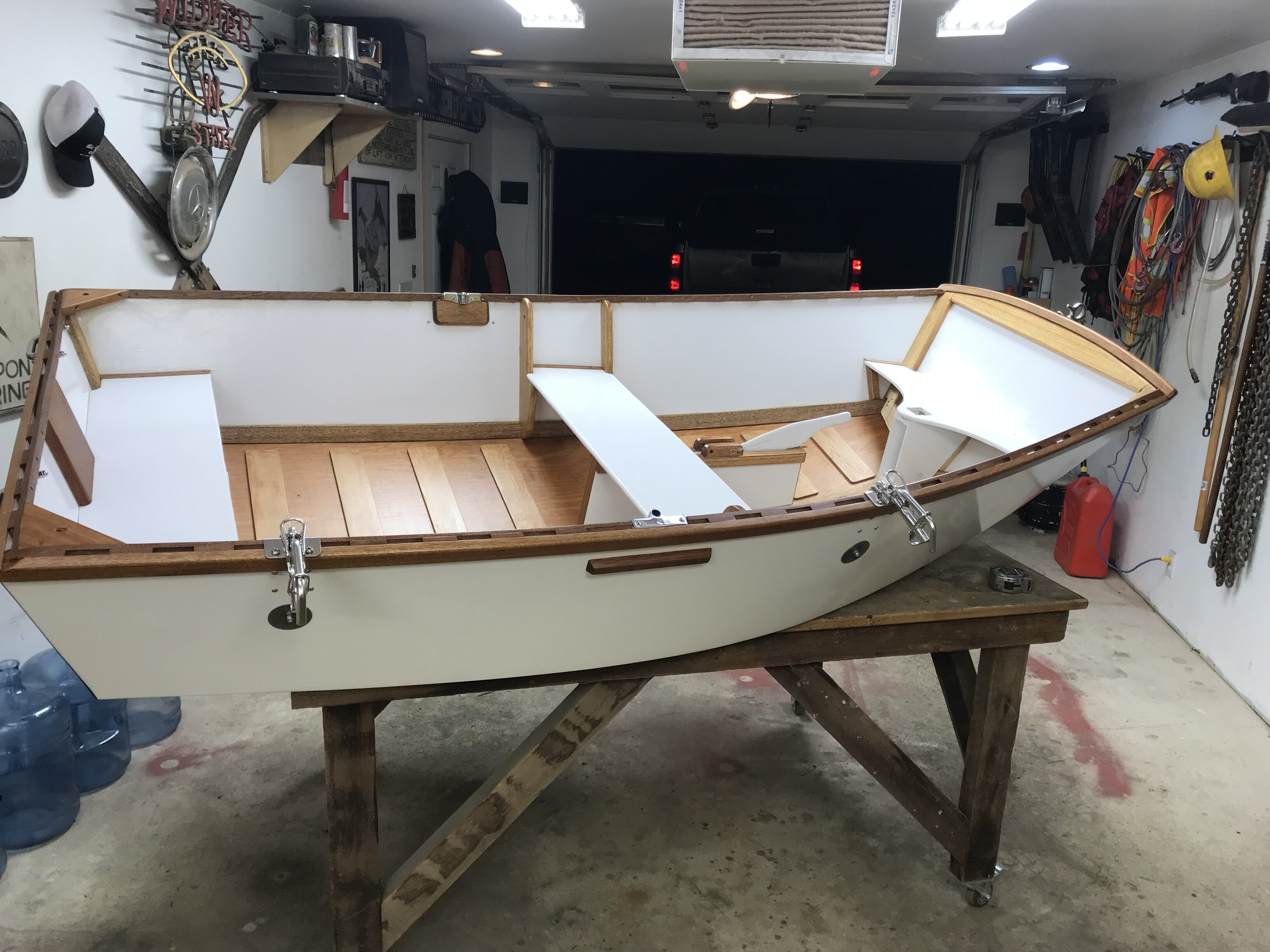 I have put jump seats and non-skid in it since this picture...
Upvote 0

My dad likes to tell the story that he built one of those in the spare bedroom of the apartment that he and my mom lived in, in the mid-70's. We dragged it 1000's of miles behind our sailboat thru the mid-90's, until she finally deteriorated past repair after a couple years of non-use.

My dad and I built another around Y2K timeframe, and it's still going strong today, thanks to being kept out of the winter weather, in a barn when not in-use. They're a super versitile little boat. I learned to row in that first one, it ferried us from mooring to beach 100's of times. Could carry huge loads with stability, etc. Can't say enough good about it. Neat boats, yours is nicer than our build/finish quality.
Toggle signature
Believe me young friend. There is nothing - absolutely nothing - half so-much worth doing, as simply messing about in boats.​
Reactions: Speedbump
Upvote 0

Wow! Picked a great time to try and sell my boat and retire! Did I mention the fish hold is full of toilet paper?
Reactions: SLYDOG, Meanwhile and Walker Inc.
Upvote 0