Finally spilled some blood on her! 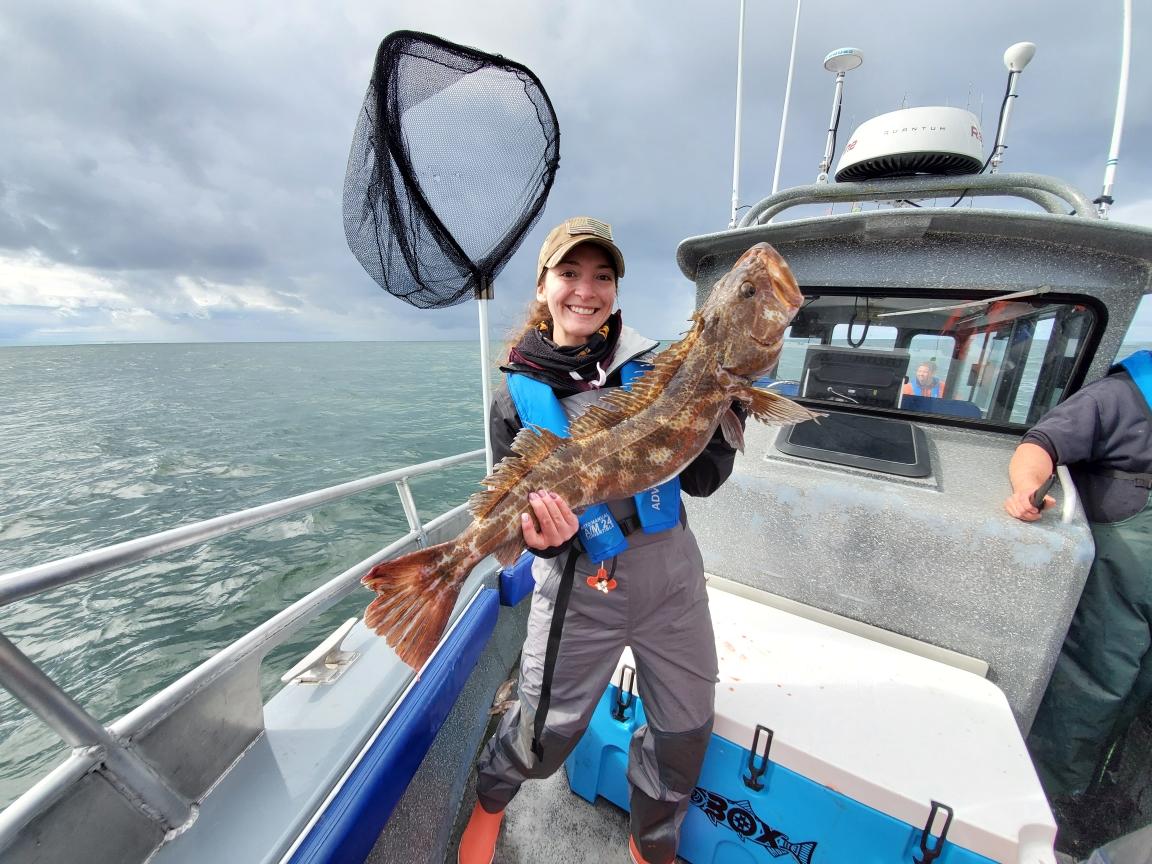 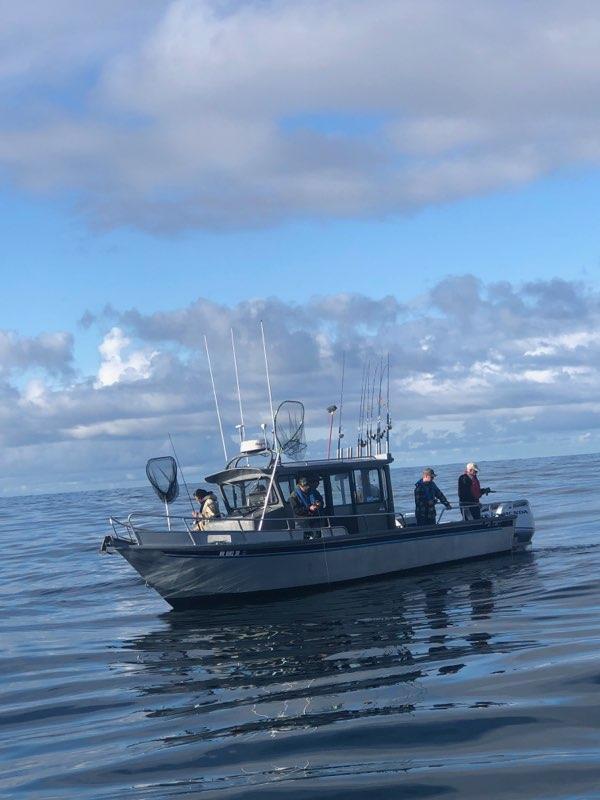 Put just about 5000 NM on her this past season and have been pretty impressed overall. Definitely found a few things that need improvement and will be trying to get a few projects done in the coming weeks!
Reactions: EZYGOING, wdlfbio, Tish and 1 other person
Upvote 0 Downvote

Picked up a new trailer this past week. The old one was too short to properly balance weight wise and was the cause of a few white knuckle moments on the highway. Hopefully this helps... AllanPalmerson said:
Put just about 5000 NM on her this past season and have been pretty impressed overall. Definitely found a few things that need improvement and will be trying to get a few projects done in the coming weeks!
Click to expand...

in rigging now but lay the hard won wisdom on me, please !
Upvote 0 Downvote

what size, etc. is the tote / cooler in the nose ?
Upvote 0 Downvote

Just stumbled on this thread.

That rig is obscene .
Reactions: EZYGOING and AllanPalmerson
Upvote 0 Downvote

Tomictime said:
what size, etc. is the tote / cooler in the nose ?
Click to expand...

That is the 165 qt from Smak plastics. I got it from englunds. My old non skid was pretty hammered and I never got it refinished last year. Decided to go with matson floor grip and started in on it today. Pretty cool product hopefully it holds up for a couple years. 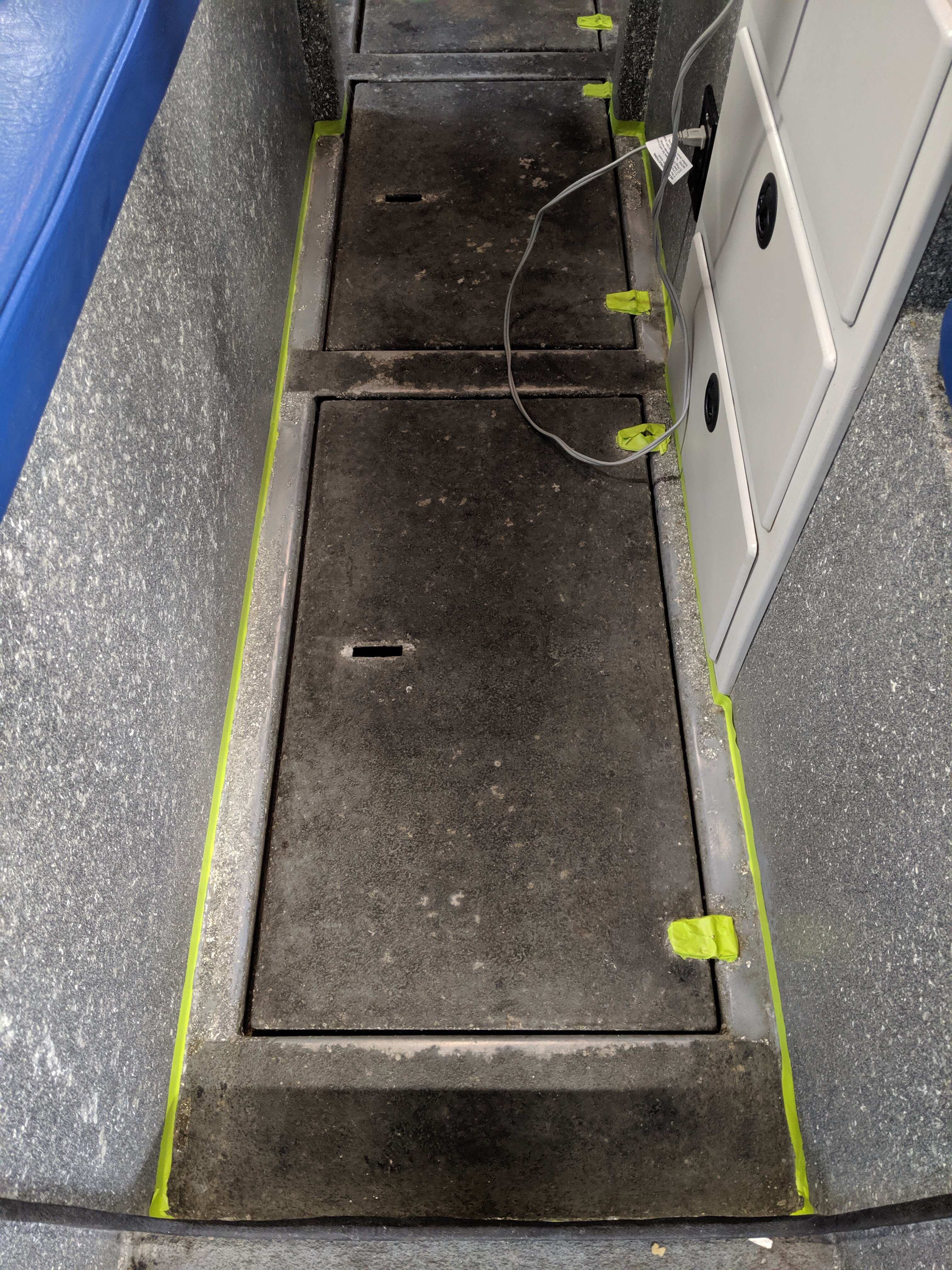 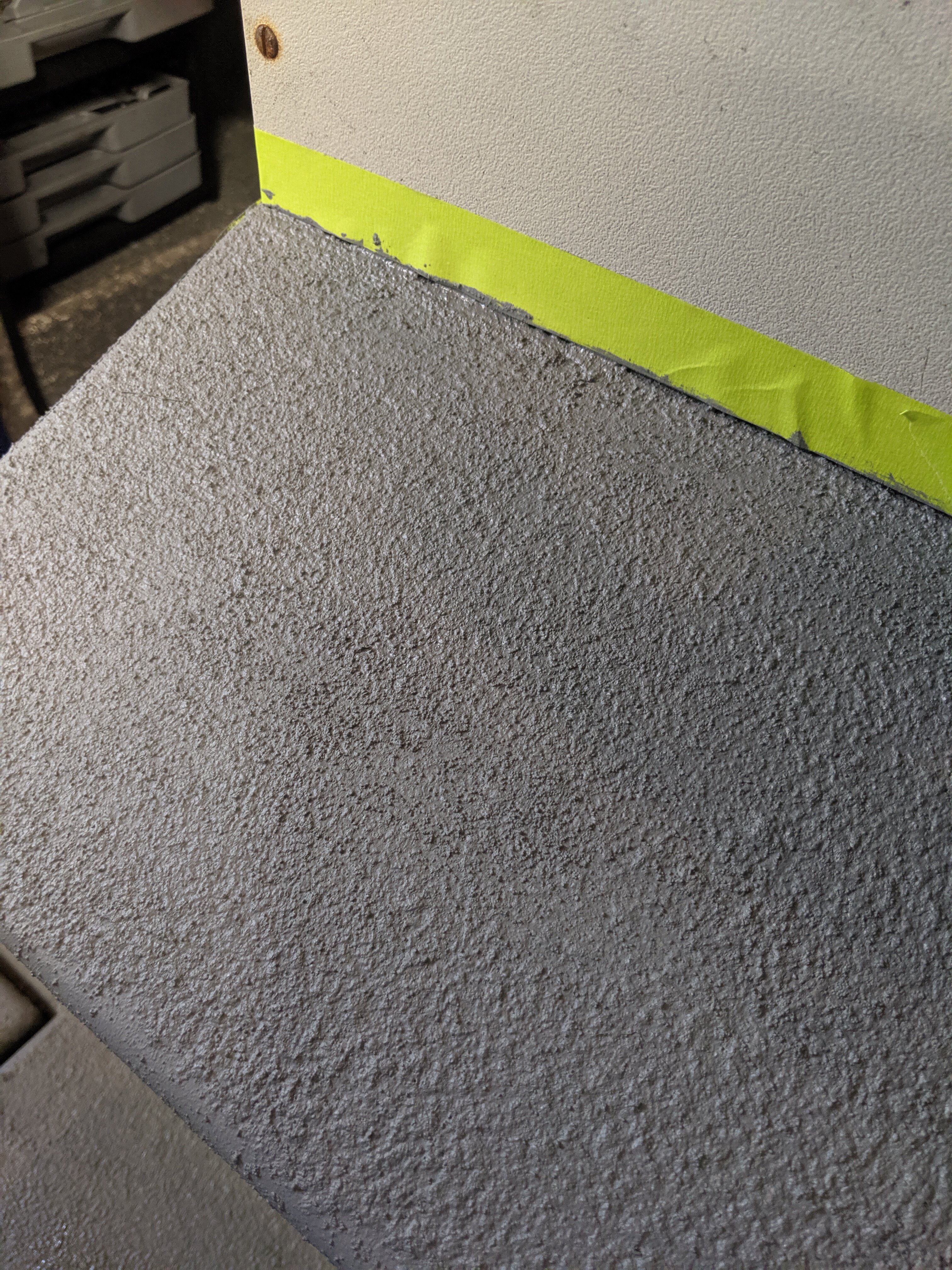 I give my sincerest thanks to all the cops that protect us from criminals
Reactions: AllanPalmerson
Upvote 0 Downvote

Did you use the blue stucco roller for that nice looking application?
Upvote 0 Downvote

Great product, did you roll over the existing product?
Upvote 0 Downvote

on my old Almar which was showing bright aluminum, i ground the old stuff off w gator..then acid etch, then rolled Matson, your skill there is vastly superior ;-) Good on you Allen....looking great.
Reactions: AllanPalmerson
Upvote 0 Downvote

Salmonater said:
Great product, did you roll over the existing product?
Click to expand...

I ground off any flaking/loose stuff and rolled over what was left that seemed to be stuck on good. Outside deck is next and is bare metal in many places. I'm grinding it down and going to acid etch first.
Upvote 0 Downvote

Omakase said:
Did you use the blue stucco roller for that nice looking application?
Click to expand...

No I didn't here but probably should have. I will try those on the rest of the deck. This was with a basic roller and brush... It works ok but you have to go over it multiple times to get a halfways even distribution of the grit.
Upvote 0 Downvote
V

The deck nonskid on mine was coming off in sheets, so I had a boatyard do a coarse sandblast on the deck and swimstep of my rig. Big blaster, coarse grit, and make sure to do a good job of masking! That stuff gets everywhere. Very grippy on xtratufs and other footwear, and cleans up super easy. OCD types won't like the initial mottled look or the faded future uneven mottled look of gray and slightly darker gray, but it's not offensive to the eye in my opinion, and would look pretty damn cool if one took the time to mask the deck plate edges and such.

Don't assume that the boatyard folk have the right equipment just because they paint aluminum. I went in to my deck blast deal pretty ignorant...the boatyard did too. After spending hours and hours trying to blast off the remaining nonskid with their weenie prep blaster and weenie grit, they rented a big one with a big compressor, then tried to pass the cost of their hours and hours of farting around onto me.

I had the I/O cover deck plate for mine made by the guy who did my bracket, but I took that plate to the local loud-talker half-deaf sandblast guy who knows what he's doing, and had that blasted before install as that was done a year or two after the main deck sandblast effort. His job was more even, but that's all he does for a living.

I don't have the bucks or desire for a new boat build, but if I did, my deck, cabin, gunwale, bracket and roof nonskid would be sandblasted. Anywhere that might see a wet foot.
Upvote 0 Downvote

STIFF RODS ARE THE WAY TO GO.
Upvote 0 Downvote

were you happy with the job, and if so, who did it?
Upvote 0 Downvote
Show hidden low quality content
You must log in or register to reply here.