1998 Yamaha 9.9 High Thrust 4 stroke kicker mounted to an IMC hydraulic lift (recently stripped and powder coated). Start, stop and lift controls inside the back of the dance floor. Steering is connected to the main steering.

Fully loaded going over the scales was right at 20K pounds total for boat and trailer (suggest a 1-ton diesel at least for a tow vehicle with a drivetrain rated for such a load). Tows great going down the interstate (have had the cruise control set at 75 mph and she tows very comfortably).

Holds 300 gallons of diesel (2X 150 tanks), 20 gallons of gasoline (for the kicker), 55 gallons of water and a new 13-gallon black water/poo holding tank. Very large fish hold (estimate around ½ tote for size) with a macerator pump out.

Microwave, fridge and a Dickinson diesel stove. Has regular heat also that operates off of the main motor (heat exchanger). Outlets throughout the forward, mid and aft cabin. All pots, pans, silverware and cups come with the boat (nice for the family outings).

Tigress outriggers (need installed), Two Cannon Digi-troll downriggers with swivel mounts. Swim-step with stainless ladder. Tuna door for getting folks onto and off of the boat (or tuna). Lift Davit (make it easy on the back) for launching and recovering the dinghy (Hydro-Force Mirovia Pro Inflatable).
Rear fish cleaning station.

Boxes of new and used spare parts and all of the original manuals.

New bait tank that I am building that will replace the back storage on the deck. Will be about 65 gallons when finished.

After the turbo rebuild -


Selling because I'm just not using her (105 hours in 5 years.....) as well as getting ready to retire again and wanting to downsize. Will add a few more pictures in the next few days (interior, requests, etc).
Feel free to contact me if you have any questions or need more information. Posting here first before dealing with brokers (reached out to discuss fair asking price with brokers that have listed previous Bounty's and now they wont leave me alone!).
Boat is located in Utah. Excuse some of the pics as there is a mixture of old and new. If you want something specific, please let me know. 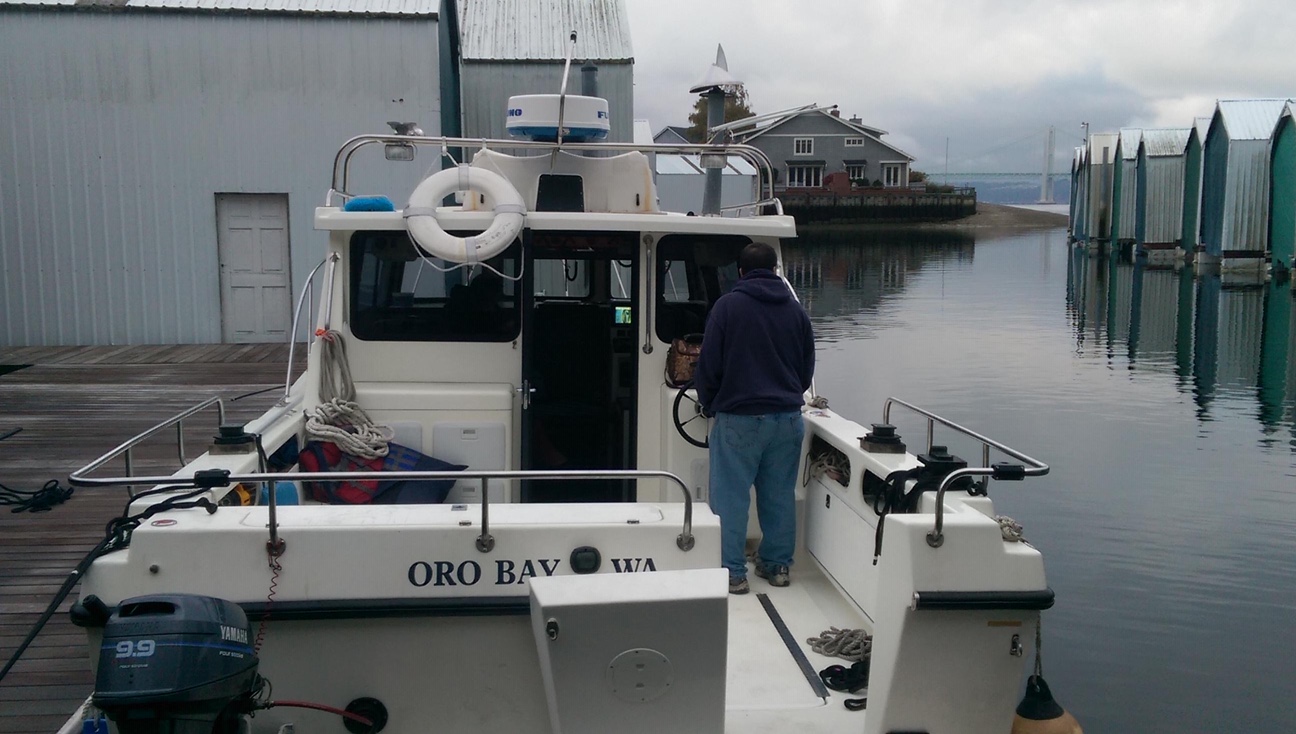 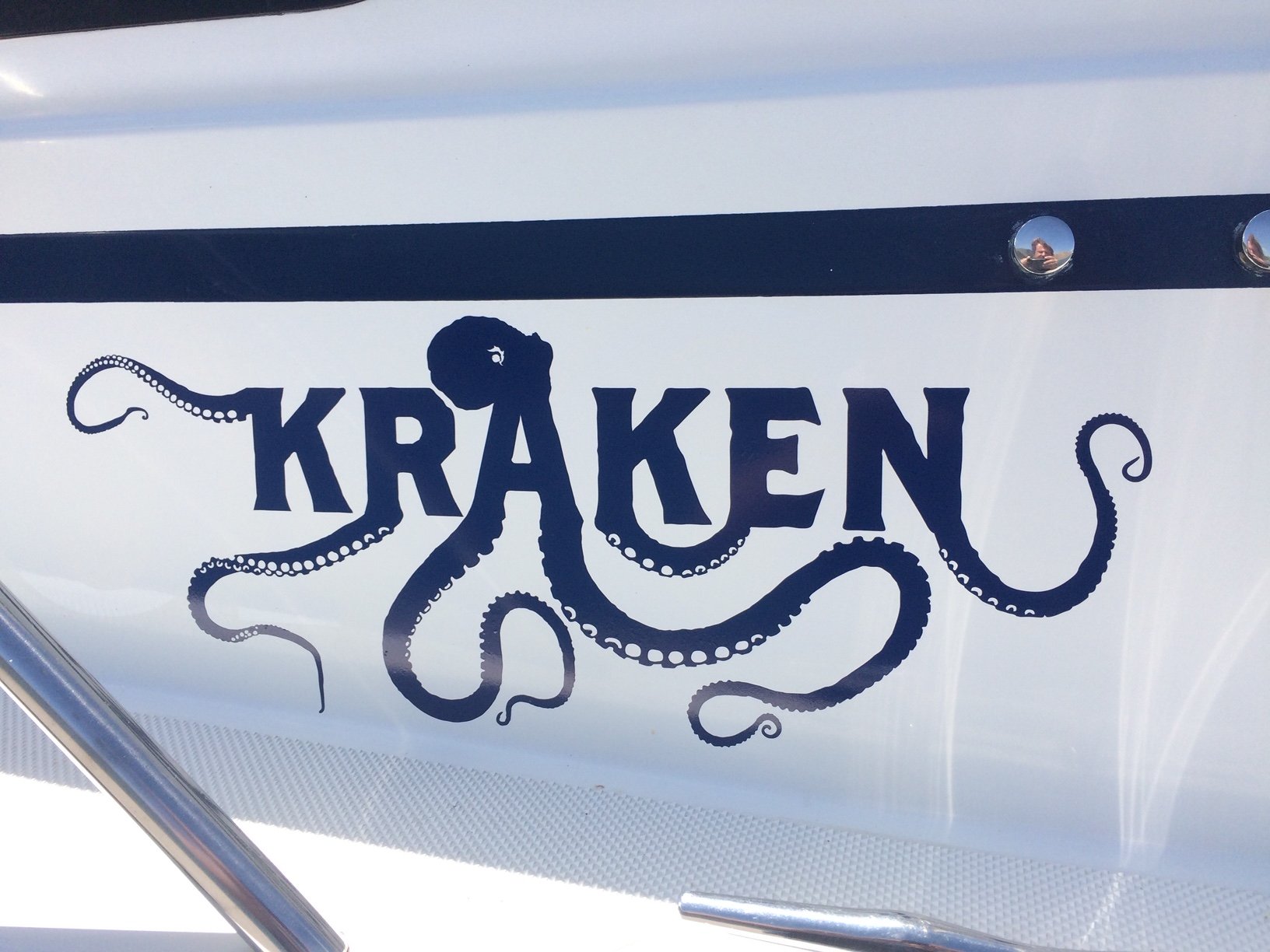 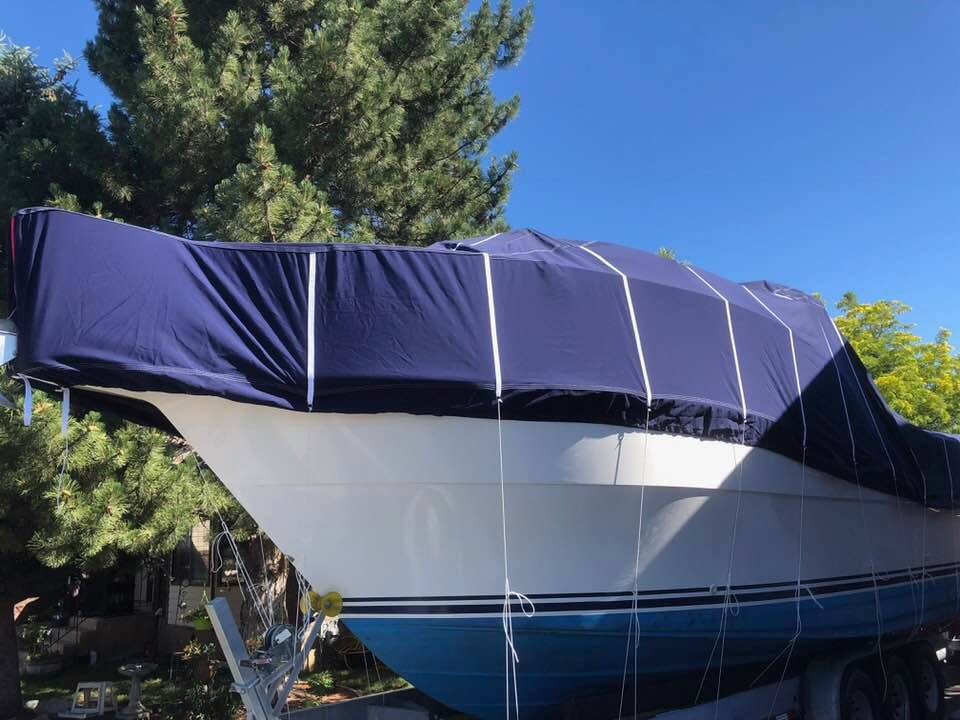 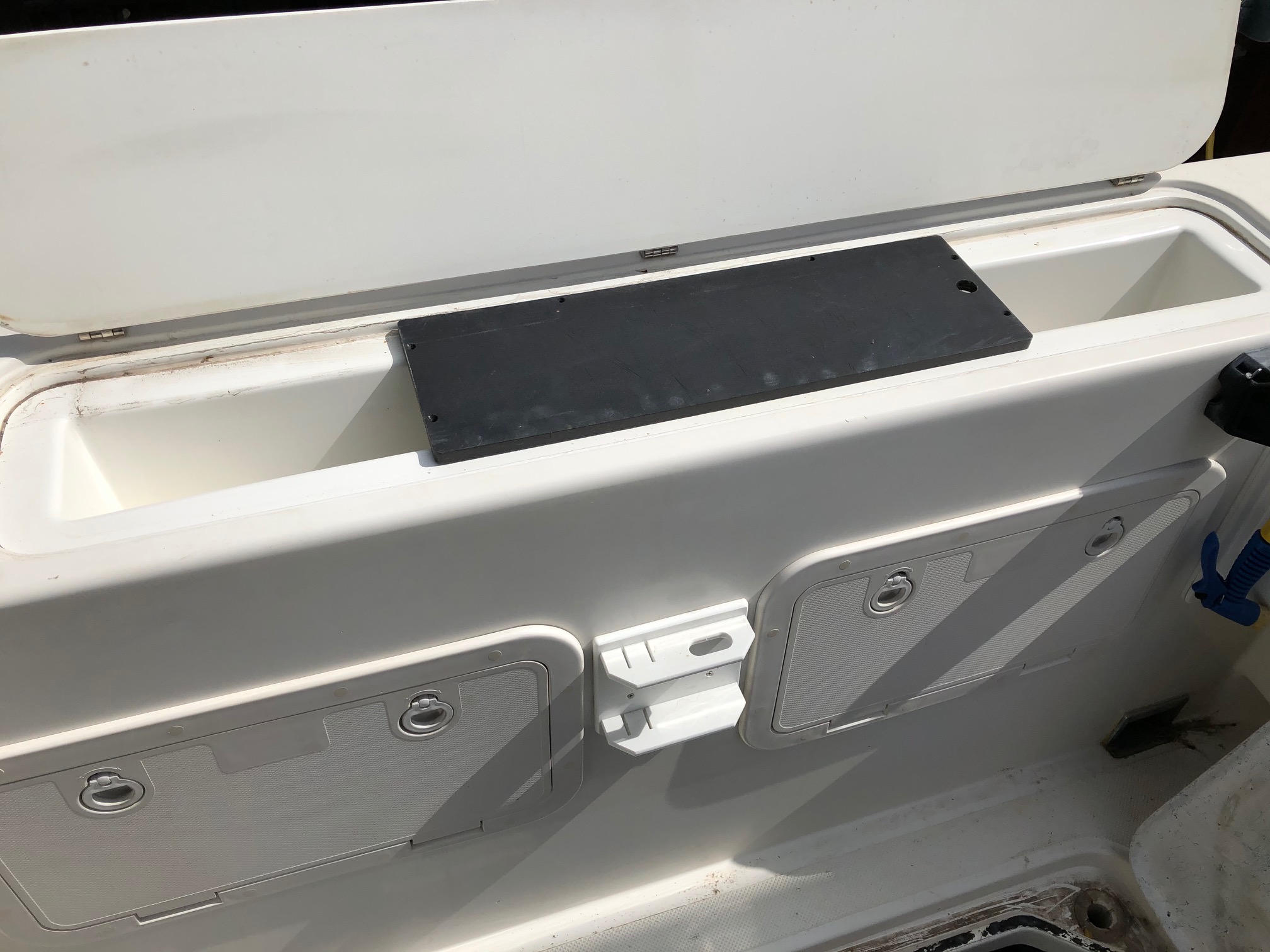 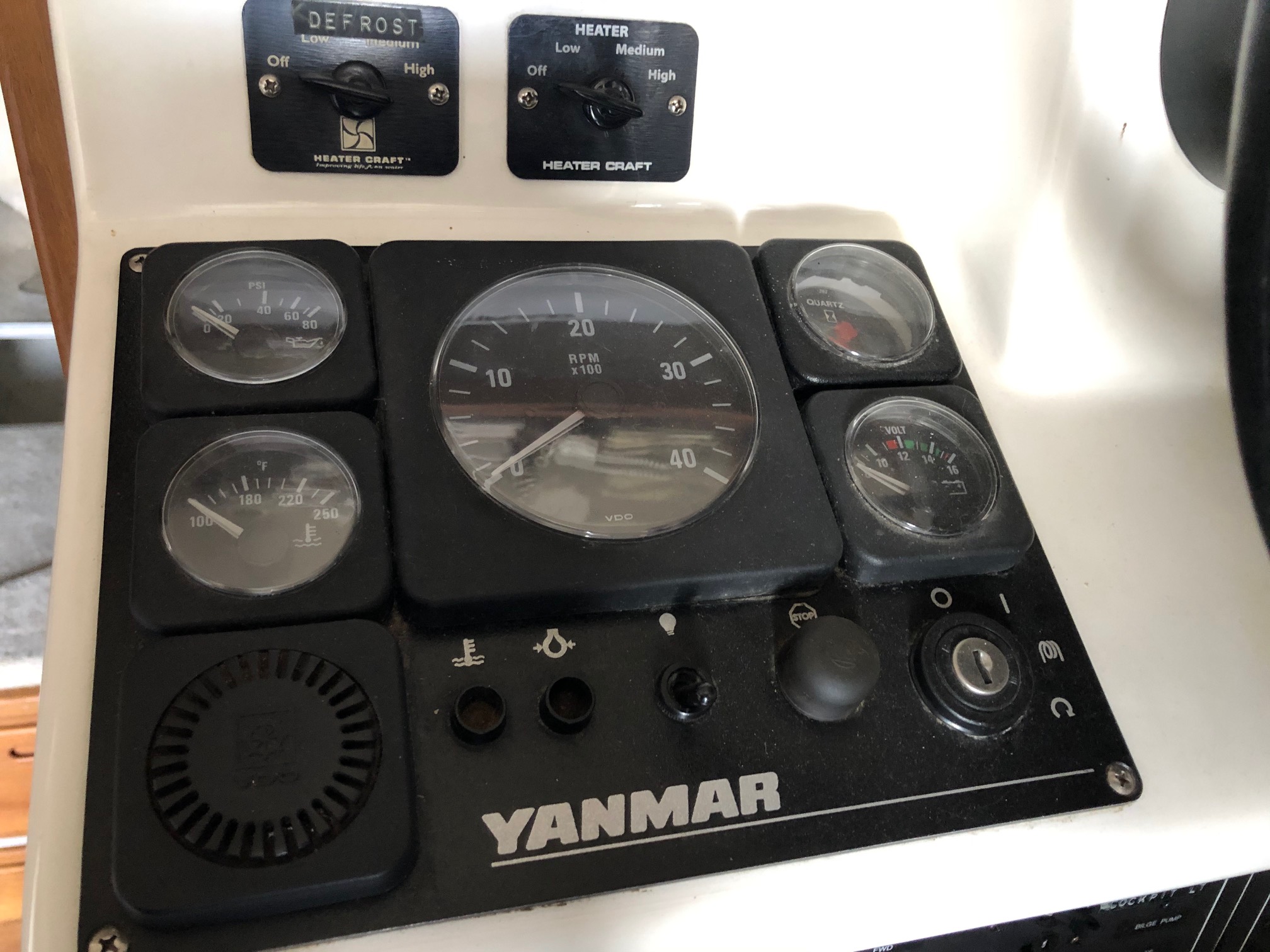 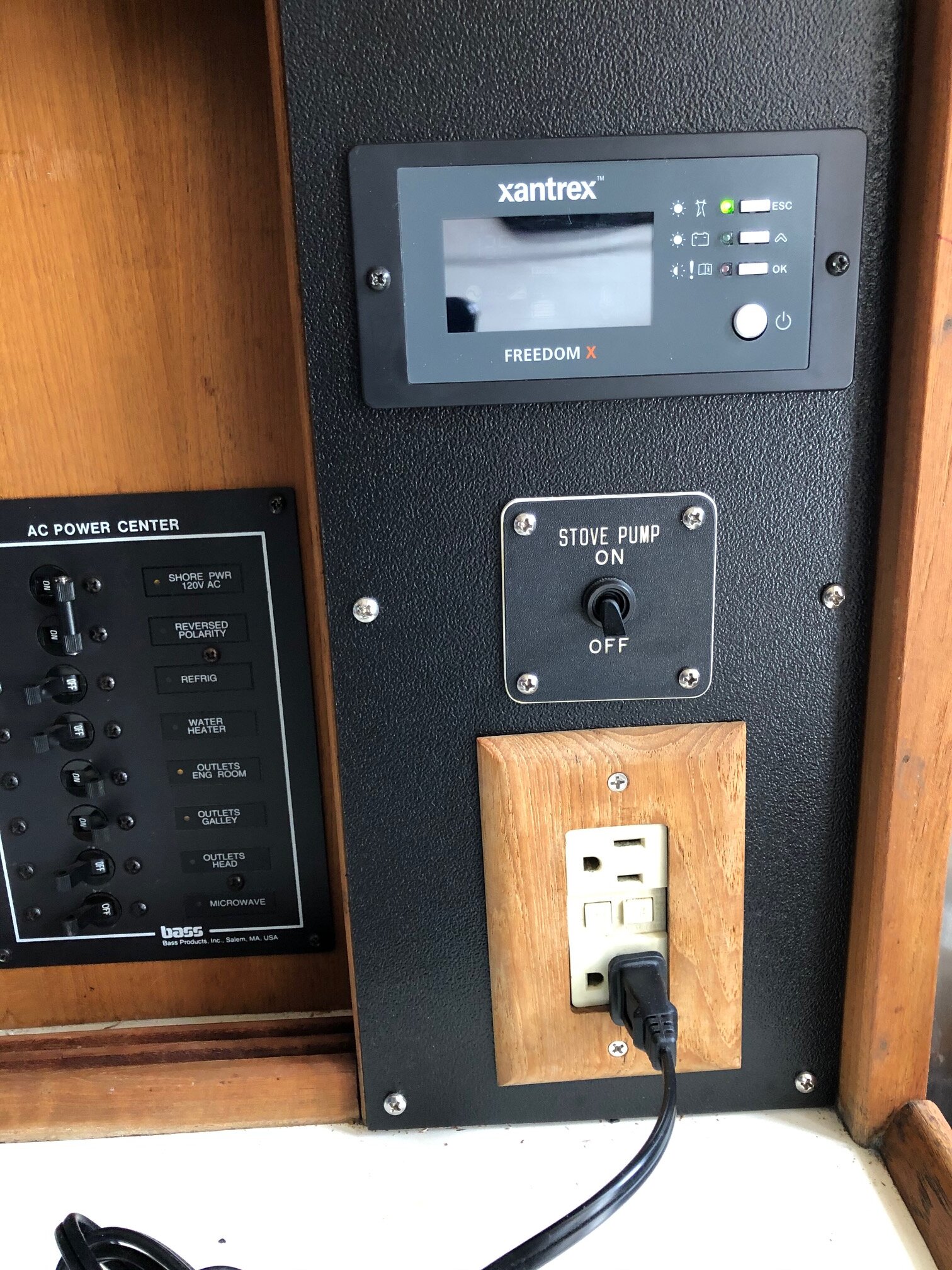 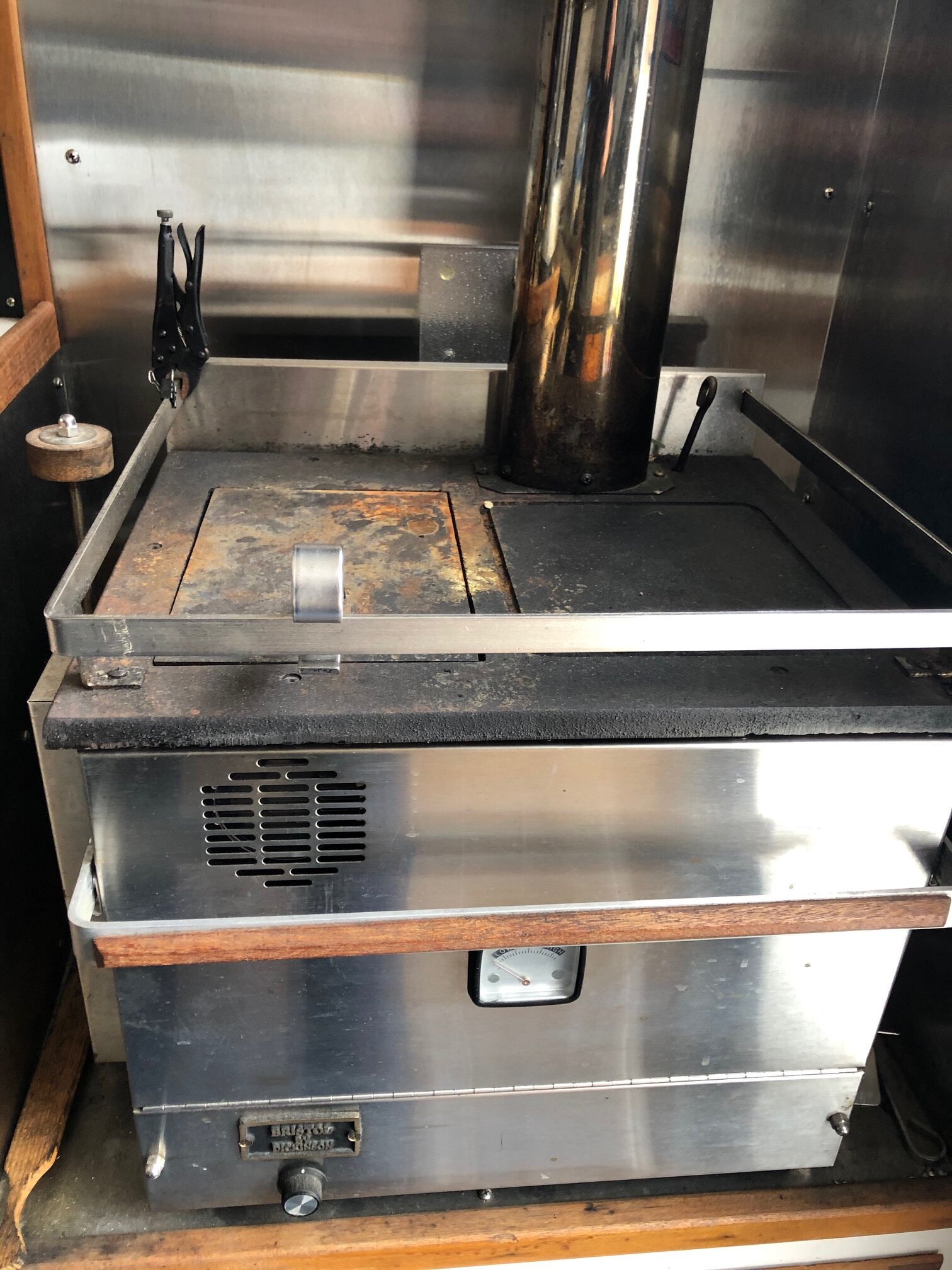 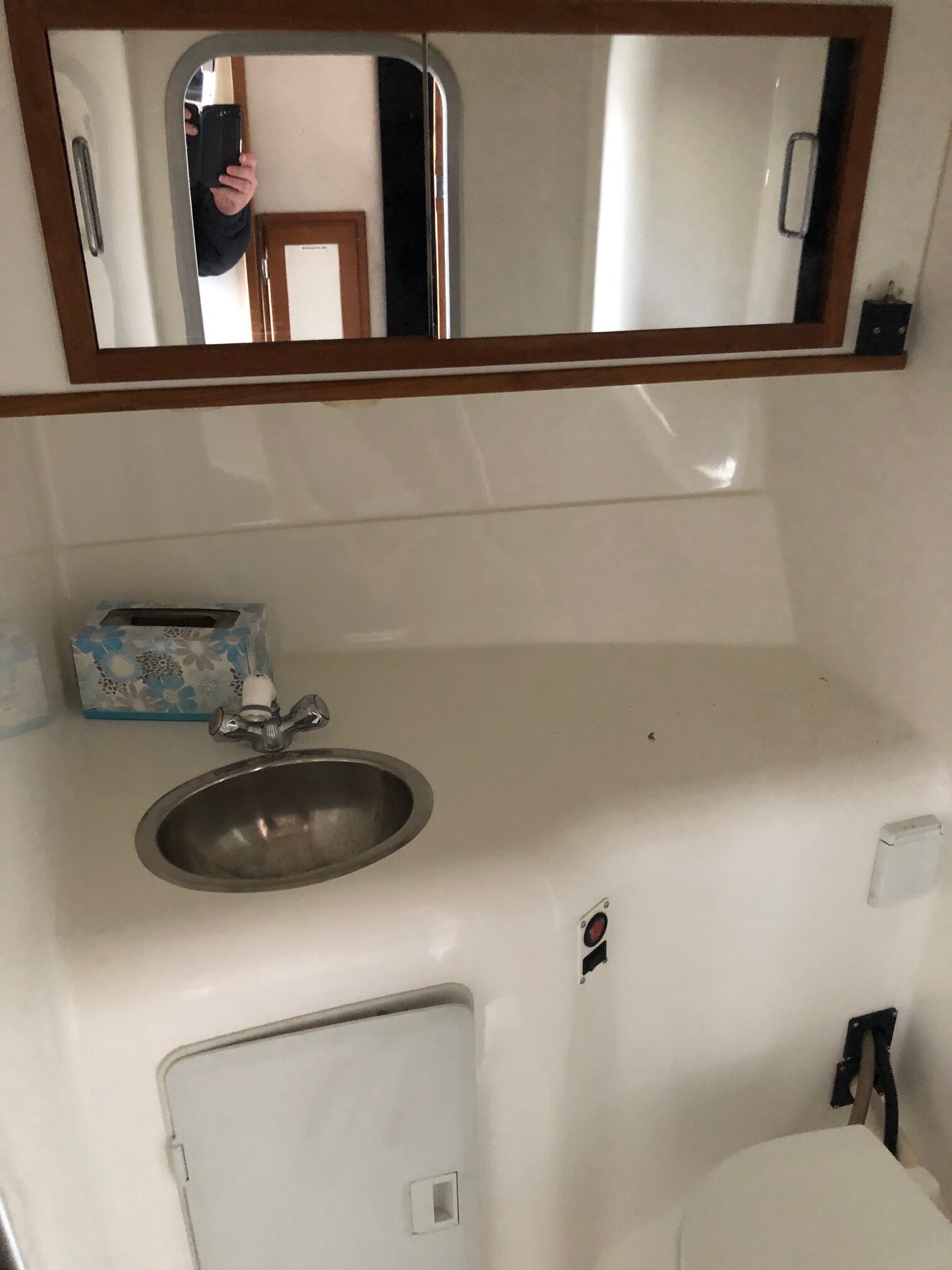 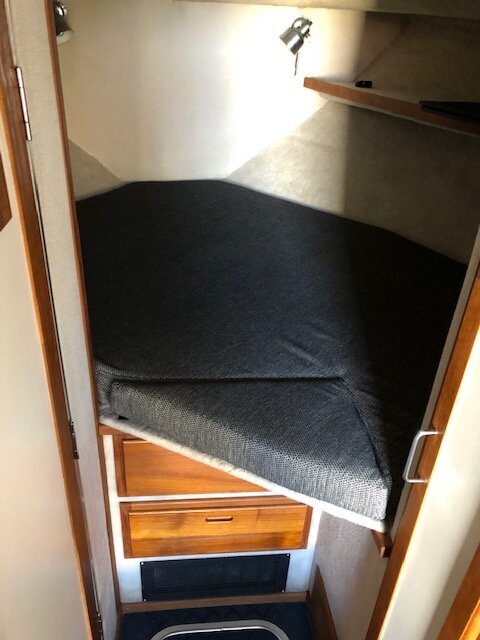 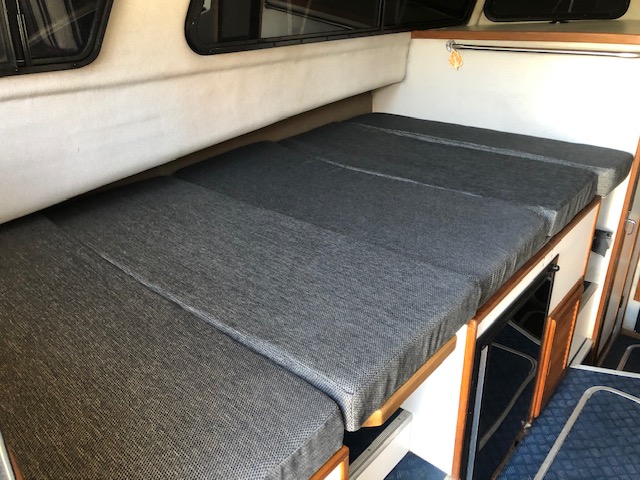 Cool boat! What are the sleep-aboard accommodations?
Toggle signature
Believe me young friend. There is nothing - absolutely nothing - half so-much worth doing, as simply messing about in boats.​
Upvote 0

The Peddler said:
Cool boat! What are the sleep-aboard accommodations?
Click to expand...

The forward V-Berth sleeps two adults and the main cabin can sleep another two adults.
Will post some pics later today. Want to vacuum first and then install the new interior.
Toggle signature
"Fat Kid Has Gotta Eat!"
Upvote 0

Looks awesome. Does she have a flush deck or a raised engine box? Anywhere on deck to put a 80ish gallon tank? This looks like a great platform for an awesome weekend island/offshore boat in So Cal.
Upvote 0

Nice boat. Good luck with your sale I am pretty sure that will go quickly

STIFF RODS ARE THE WAY TO GO.
Reactions: Genie Aye and Deviant
Upvote 0

SouthBayKiller said:
Looks awesome. Does she have a flush deck or a raised engine box? Anywhere on deck to put a 80ish gallon tank? This looks like a great platform for an awesome weekend island/offshore boat in So Cal.
Click to expand...

The deck is flush/self bailing.
The picture below shows the storage cabinet on the left. That is where the bait tank will go. One more layer of glass and then prep for gelcoat....
Would be impossible to put it dead center of the deck as you need access to the motor below.
The dance floor as you can see is very large. Whole lotta' bang for your buck there - wow!
Toggle signature
Ain't no shame in my game...
Reactions: Deviant and Genie Aye
Upvote 0

DAMN!!! If I had $85K I’d already own it!! Hell of a beautiful boat man, this won’t last long at all!
Reactions: Deviant
Upvote 0

Get a better hood ornament. That one smells like an old juice box. @FishPimpII
looks like this could be the one for you!

Wow, nice boat, ALOT of boat for the price. Good luck with sale. Hopefully you qualify for the VLO program, and can make it back here full time...
Toggle signature
100's of Generations of Smelling Salt from Scandahovia...
Upvote 0

VLO applies to everyone but BGS we were told.
I’m looking at in a year or two to retire again.
Toggle signature
"Fat Kid Has Gotta Eat!"
Reactions: Sockeye71
Upvote 0

Finished the final layer of fiberglass on the bait tank a moment ago and then measured/calculated capacity of the bait tank and it will be right around 65 gallons.
Toggle signature
"Fat Kid Has Gotta Eat!"
Upvote 0

I was on the maiden voyage of the Kraken. Big girl, wide and heavy. Great layout inside for Weekends. Huge deck in back for fishing all species or chill’n on Float 6.
Toggle signature
Thrasher Rods Pro Staff
Reactions: BugeaterInWa and Deviant
Upvote 0

Tim, as a former Bounty owner I can attest to the build quality (heavy) and how seaworthy they are. Nice layout and power plant. GLWS.
Reactions: Deviant
Upvote 0

Back to the top, for this great ride.
Cheers
Reactions: Deviant
Upvote 0

Fishtech1 said:
Tim, as a former Bounty owner I can attest to the build quality (heavy) and how seaworthy they are. Nice layout and power plant. GLWS.
Click to expand...

Cap'n Coldeye said:
Back to the top, for this great ride.
Cheers
Click to expand...

Thanks guys!
Just finished topping off the fluids and wrap up the main and transmission oil changes.
Bait tank has been handed over to a good friend this afternoon who will do the gelcoat application. Will also post my DIY version of the bait tank build. The wife is just happy that the smell of resin has finally left the garage.

Did turn on the batteries and bumped the ignition and she fired right up. The second starting battery is worth every penny!

Did list her with a broker, but according to the terms I can sell out from under him as long as he does not bring the buyer to the table.
Will still honor this price of course.
Toggle signature
"Fat Kid Has Gotta Eat!"
Upvote 0

That was quick. She staying in middle earth or headed out west?
Upvote 0

Kool-Aid said:
That was quick. She staying in middle earth or headed out west?
Click to expand...

The only bad part about that is it isn’t me!!!
Reactions: The Peddler and Deviant
Upvote 0
Show hidden low quality content
You must log in or register to reply here.