My son, Max, and I have been trying for bluefin for several years now. Despite our success in locating them many times, even bouncing lures off of them a few times, and having guests on our boat catch them, neither of us have been able to catch one ourselves (plenty of yellowfin, but not the fabled bluefin). We had really high hopes of catching one in 2017, and we paid our dues in time on the water and gas in the boat over the summer (probably not enough time and effort, but we're weekend warriors). When the bluefin started biting on the 60 mile bank in November, my wife and I gave Max an early Christmas present and sent him on a day and a half trip to give it a shot. Unfortunately, he didn't get one then. We saw on Fishdope that the bite has been continuing on the 60 and we decided to make one last effort to get one in 2017 and jumped on the Oceanside 95 leaving Friday night, and fishing Saturday, 12/30. I hadn't been on that boat before, but had read lots of positive things on BD about it. I can say that everything positive that I read was true. Captain Rick was awesome, and made some really good judgment calls that paid off. The crew was helpful and friendly, and the boat is very nice. We had 21 passengers on the trip, everyone was experienced and friendly and it made for a nice day.

We left on Friday, baited up, and headed for the 60 mile bank. I woke when the anchor dropped about 6am. We fished about 11 hours on the anchor, and the action was slow but steady the whole day. Those fishing light line (15-20lb floro) did the best, with small hooks (size 4). I am stubborn, so I fished 30lb mono with a 1/0 hook to see if it would make a difference. I got less bites, but when I found a good swimming bait, it got bit. All of the fish were about 15-20lbs. However, I hooked one that was substantially larger, and it ripped line off my Lexa 400 and almost spooled me. In a panic I cranked the drag down and gained back about half the line. If I had been thinking clearly, I would have backed the drag off a little, but my arms were giving out after a while, and I ultimately had a line failure in the 65lb spectra backing (really heartbreaking). The good news is that I did manage to hook and land my first bluefin a short while later. My son managed to land 2 bluefin, and since he ate the heart of the first one, he dared me to do the same, and I did. I had already done this ritual a few years back with a yellowfin (which did not taste good), but was surprised that it wasn't too bad. I managed to catch a yellowtail when a paddy drifted close to the boat. The total count for the boat was 34 bluefin, so almost boat limits.
This was a great way to end the year for us. Happy New Year fellow BD'ers! 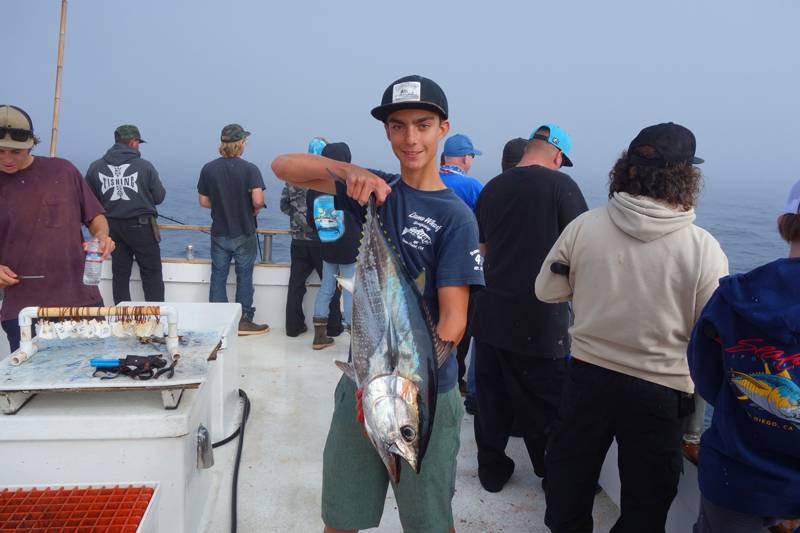 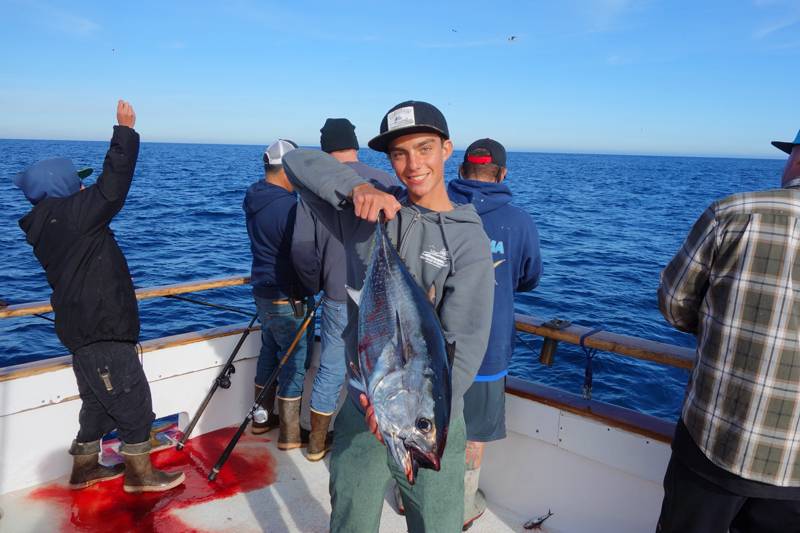 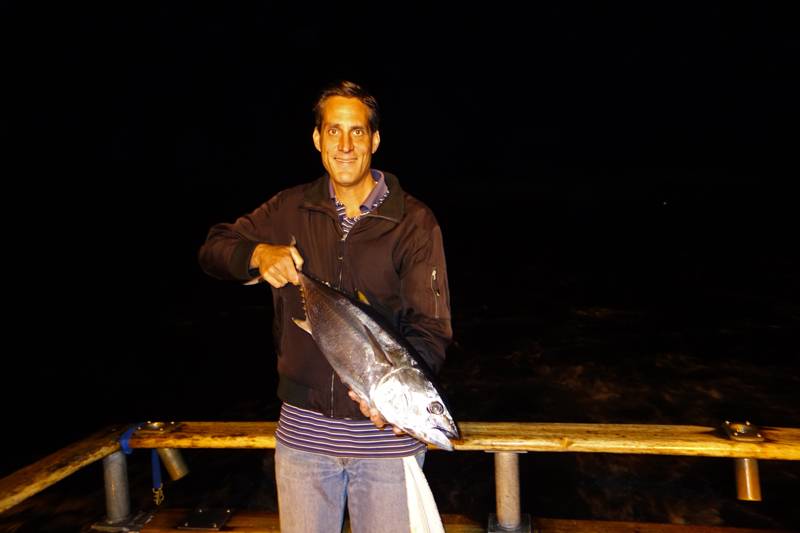 What a way to end the year, Father & Son slaying blue fin!! Congrats!!

Awesome mike. Glad to see you got on them and a yellowtail on a paddy in December!!!!
Happy new year!!!

Great deal. Sounds fun. My brother and his son are on the Chief today hear the boat had limits!! Her from him at rose bowl tomorrow. Excited to go be fun. I leave for Illinois on business Tuesday. Hear it’s -20 there!!! Fuck me. Happy New Year !!! Hope we have half as good fishing next year!!! Cheers!!

so awesome to get your first! crazy they are still here biting.

Great report--- CONGRATS!! Sorry for the big one that got away!

How big were the yellowtail?

Awesome! Glad you guys got some!! Thanks for posting a report!

Love these stories, way to hang in there and work at it. Congrats on the first bluefin for both of you. You and your son will always have that memory to share!

Congrats to you and your son

Way to be a good dad. Eating the heart saves dinner money. Could have gone back for seconds.

Awesome way to end the year...

Glad the weather held steady and you were able to share some great memories..
S

Congratulations great way to end a year and a great experience with your son. Can’t wait for my 2 and 5 year old girls to join me!
Expand signature
Catch more hybrids, sand-bass and striper with the Thump’emup Thumper!
www.thumpemupfishing.com
J