The search for Bluefin Tuna at the 60 mile Bank, Staring McGuyver and a lil old Boy Scout.
So my mom and stepdad made a some what surprise trip out to visit this week. Stepdad wanted to fish so of course I start checking the weather and the reports. Looks like the tuna have been going bonkers down at the 60 mile bank. This is south west of mission bay roughly 63 miles one way to the grounds. The weather and swell was up during the weekend but a perfect window had opened up for Tuesday.

I had been doing winter maintenance to the boat thinking I wasn’t going to fish until next season but was pumped on another chance to pursue the bluefin. Items that were serviced, Prop and shaft, lubed shift cable, changed out drive fluid, cap, rotor, spark plugs and wires, fresh oil, rebuilt water pump, new belts. I also made a lid for my bait tank in hopes to seal the tank and eliminate air space while driving to the grounds. This will allow for little slosh and keep the bait from pounding the sides and dyeing. Everything was looking right for the venture. 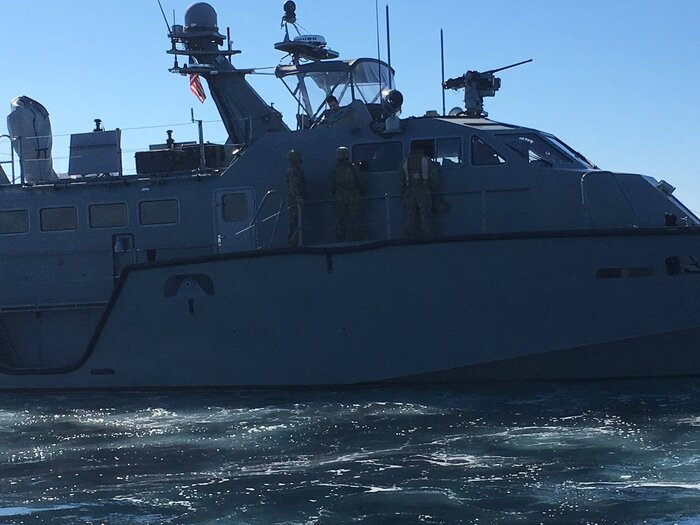 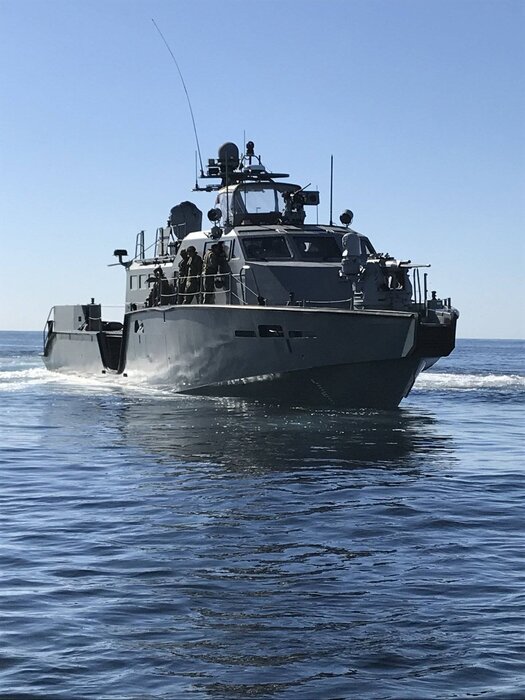 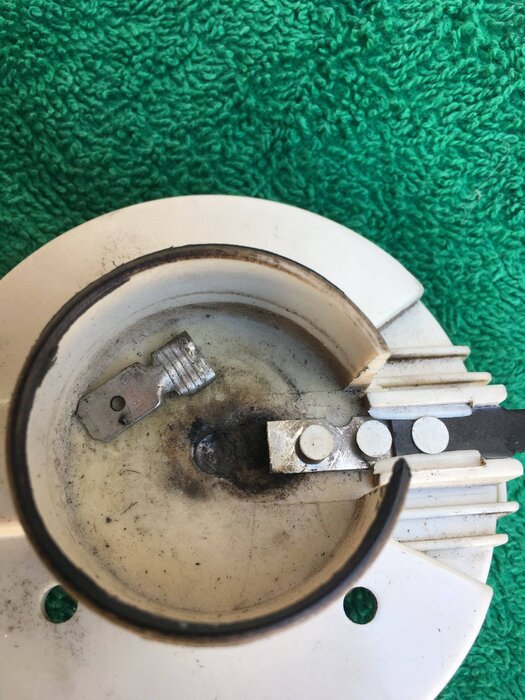 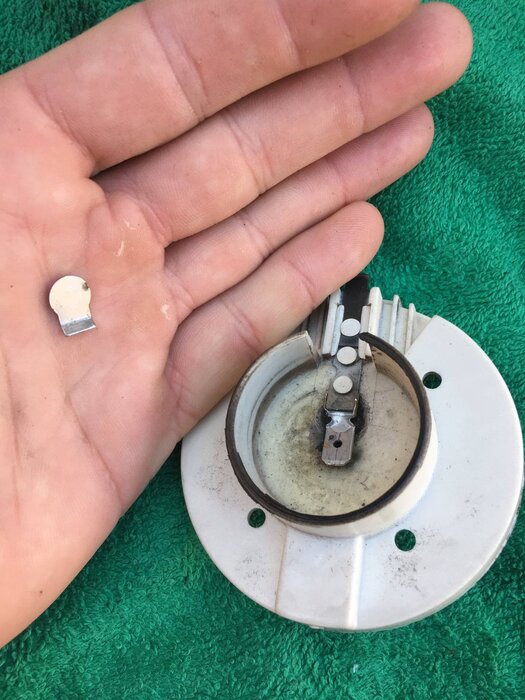 crazy story man! Glad you guys are all safe and not still drifting into mexican waters somewhere. Get em next time.

yakdout said:
crazy story man! Glad you guys are all safe and not still drifting into mexican waters somewhere. Get em next time.
Click to expand...

With the little wind and current there was we actually were creeping back to port... might of taken till next xmas but that was worth laughing about while we were idle

When it rains it pours
Reactions: 26grumpy

Enjoyed the read,and happy you made it home safe,valiant effort by the way on the rotor!
Expand signature
Cya Tuna Vic

Can't carry a spare for everything, even kicker motors can crap out. You got to go fishing, learn something and have a little adventure.

Add a new VHF and Antenna to your list. Might want to also carry all the tools for a carb breakdown, spare plugs and wires, When was the last time you did the exhaust and risers? I used to do those every 2-3 years regardless when I used to own an "I Owe"
Expand signature
Some times killing fish is like masturbations, you just don't talk about it. -AlbacoreShuffle

thanks for the read and sorry your fishing was cut short... I'm sure glad that are tax dollars were put to good use in helping one of our fishing brothers in big need. God Bless the US Navy...
When I'm out beyond 10-15miles or out of cell range and I see a lonely boat that is in my direction of travel...within a few degrees and especially on those days when few are on the water like these days...I try and skirt close by with in few hundred yards.. sometimes to see if there on a paddy( where there is one there usually others nearby) or on fish..but also be close enough so as to notice a distress or waving of a towel or something indicating a boater in need of help.

I'm in lobster mode now... but like you I need a few maintenance items top attend to prior to the off shores runs to come next year...
Reactions: RockyGizmo

Add a hand held radio to the list too.
Reactions: fishymeister, Windy Bay, Rabid Fish and 4 others

Boat
Cattle Boats from all over California

Great post... Sorry fishing didn’t work out; still, it was a day on the water you guys will never forget. Much better than being stuck at work in a cubicle like I was. I am impressed with your McGuyver skills too.

Agree with Captain Cosmo above... God Bless the men and women serving in the Navy.

Wow, what a day. Double check that radio and also agree you want a handheld. Stoked you guys made it home safe, it’s a long way out and a lot lonelier out there this time of year.

A good news story. Wow, lucky the Navy was there. That could have been much.. worse. Stay safe and hey its Christmas, so maybe Santa can help you stock up on safety equipment (like an Epirb), flares and extra radios! Good luck.

This kind of story reminds me of how many things can go wrong in secession . So I will double check all my emergency equipment . Glad you are all safe !

Weak +12 volts or poor/bad antenna connection maybe. Check your VHF to antenna connections, if they look bad on the outside they may be bad on the inside as well. I carry two handhelds and a Delorme InReach explorer with text. cant be too connected on the water.
Last edited: Dec 21, 2017

Any opinions on this?
N

good radio... and pair it to Shakespeare 5225xt galaxy vhf antenna and you will be talking to people in long beach... I know this because I can
Reactions: MikeyLikesIt and Can't Parker

Great write up and solid MacGyver work! Impressive. Glad you made it home safe and you'll have a good story to share this holiday and many more to come. Get home safe = good day on the water.
Happy I'm in the same team as the US Navy....badass looking boat
P

Glad you both got back safe.

I would do test calls on my VHF throughout the day to make sure I can be heard. Keep your flares and any other safety equipment current and up to par. Possibly your antenna isn't doing it's job, as I see many people baoting with them in the down position because they think it's ugly. The value of a simple, floating whistle to blow goes unnoticed by most boaters, too. The decibels of a whistle are 100 times over what your voice can do, especially if you end up in the water.

Love our service men and women. Dang they look intimidating!

Radio check at the dock. And then see how far away you can be heard.
Expand signature

Icom, Icom or Icom. 504 or 506
Expand signature
Some times killing fish is like masturbations, you just don't talk about it. -AlbacoreShuffle

bman440440 said:
good radio... and pair it to Shakespeare 5225xt galaxy vhf antenna and you will be talking to people in long beach... I know this because I can
Click to expand...

I have this radio on my boat.. it has a compass, GPS coordinates and speed on the screen visible at all times, many other features as well..... very pleased with it and the range with a shakespeare 36" steal antenna(not sure of model) on top of my pilothouse, it has been impressive. Ive talked with boaters 30-60 miles away.. my home port is Dana Point and have had radio cks as far as point loma.
I'm about to switch it out with a SH GX2200, all the same features but it has programmable waypoints.. just incase I lost my chartplotter I'ed be able to get home in the dark or fog..once installed Ill be parting with the GX1700 for about $140

If you can get a radio with DSC and rig it to a GPS. If not get a waterproof handheld with DSC as a spare and keep it charged with extra batteries in your ditch bag. Also handheld epirbs are cheap now.
Show hidden low quality content
You must log in or register to reply here.
Share:
Facebook Twitter Reddit Pinterest Tumblr WhatsApp Email Link