Launched out of Cabrillo right at first light. It was a beautiful morning, clear with no fog at all, no wind, 1 foot swells out of the NW. Headed up the coast to Rocky Point. Plan A was to fish for bass up there. But changed plans when I got there to look for some of the bonito that were reported off Redondo. 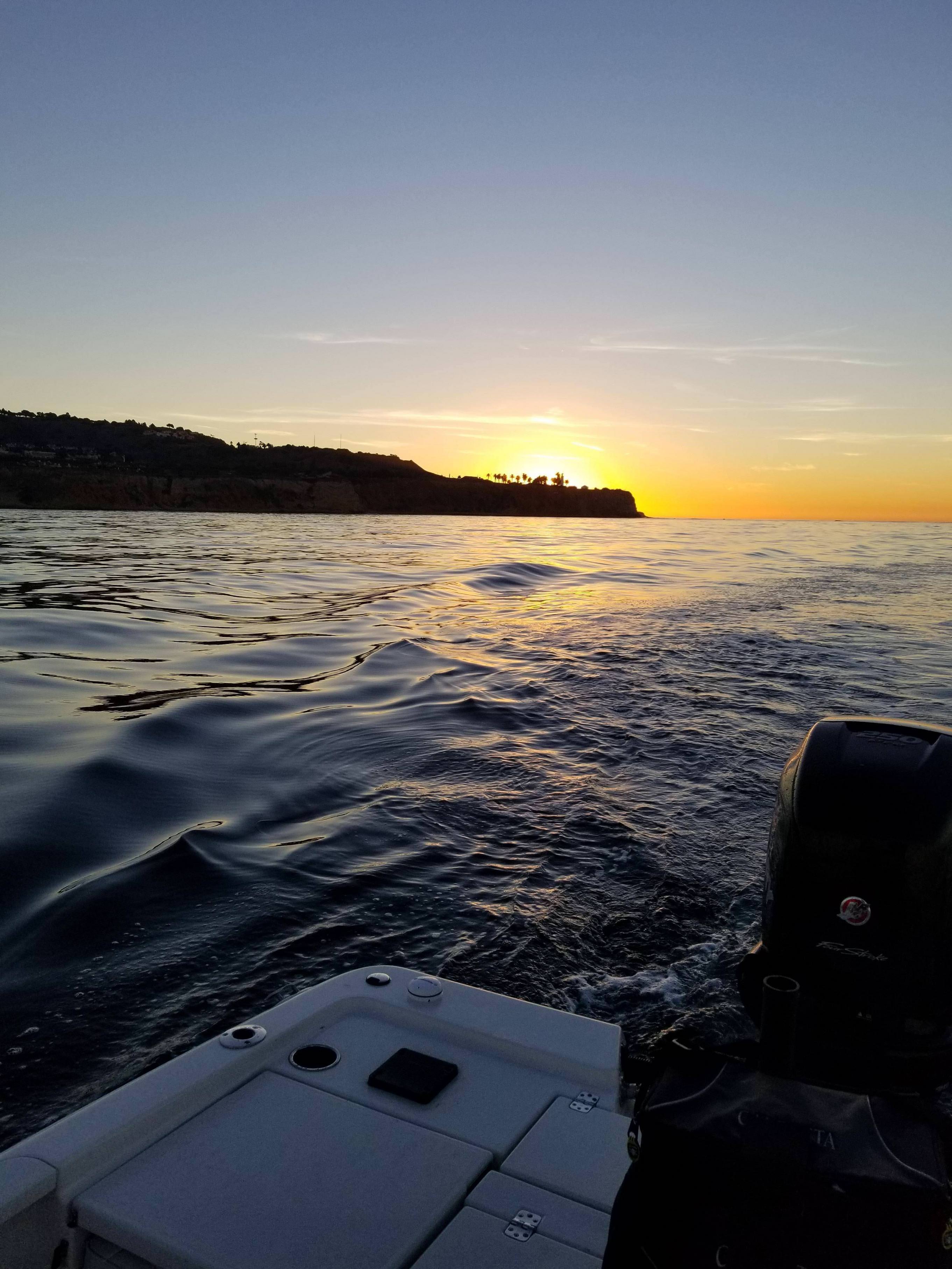 Trolled around for a bit for no luck. Saw a few other boats trolling around aimlessly, so I assumed they weren’t getting any fish either. Got to the mouth of Redondo canyon and finally manged a double hookup! Feast or famine. Unfortunately by the time I landed the first fish, the fish on the other rod had gotten away. Thanks to DrBob on the tip on the daisy chain, I used one with blue squid hootchies, the other with small cedar plugs. Both seemed equally effective.

Caught a few more on the troll here and there. Then all hell broke loose. Boils started popping up at around 9:30am-ish. Thanks to having a relatively nimble boat, I was able to slide up on them quickly. No wind at all, so I didn’t need to deploy the trolling motor. I wasn’t really prepared for this kind of action, so I tossed my leadhead lures I was going to use for bass (red leadheads with BH swimbait on Tranx 300), but they did the trick. I was able to quickly hook up and land 3 fish before the sport boats were able to make it out there. Tons of fun on the bass tackle!

Lost my leadhead since I only had a 15-lb leader, so I retied with 30 lb leaders. Boils popped up in that same general area for the next maybe 45 minutes? I used to love fishing striper boils at Pyramid and Castaic, these were like striper boils on steroids! I wish I had a LC Sammy, would love to have seen one blow it up on the surface!


You could see the schools of tiny anchovies that they were pushing to the top. See picture of one that was coughed up, on a 5.5” Scotty downrigger plate for scale. The fish I cleaned were stuffed with these little guys. 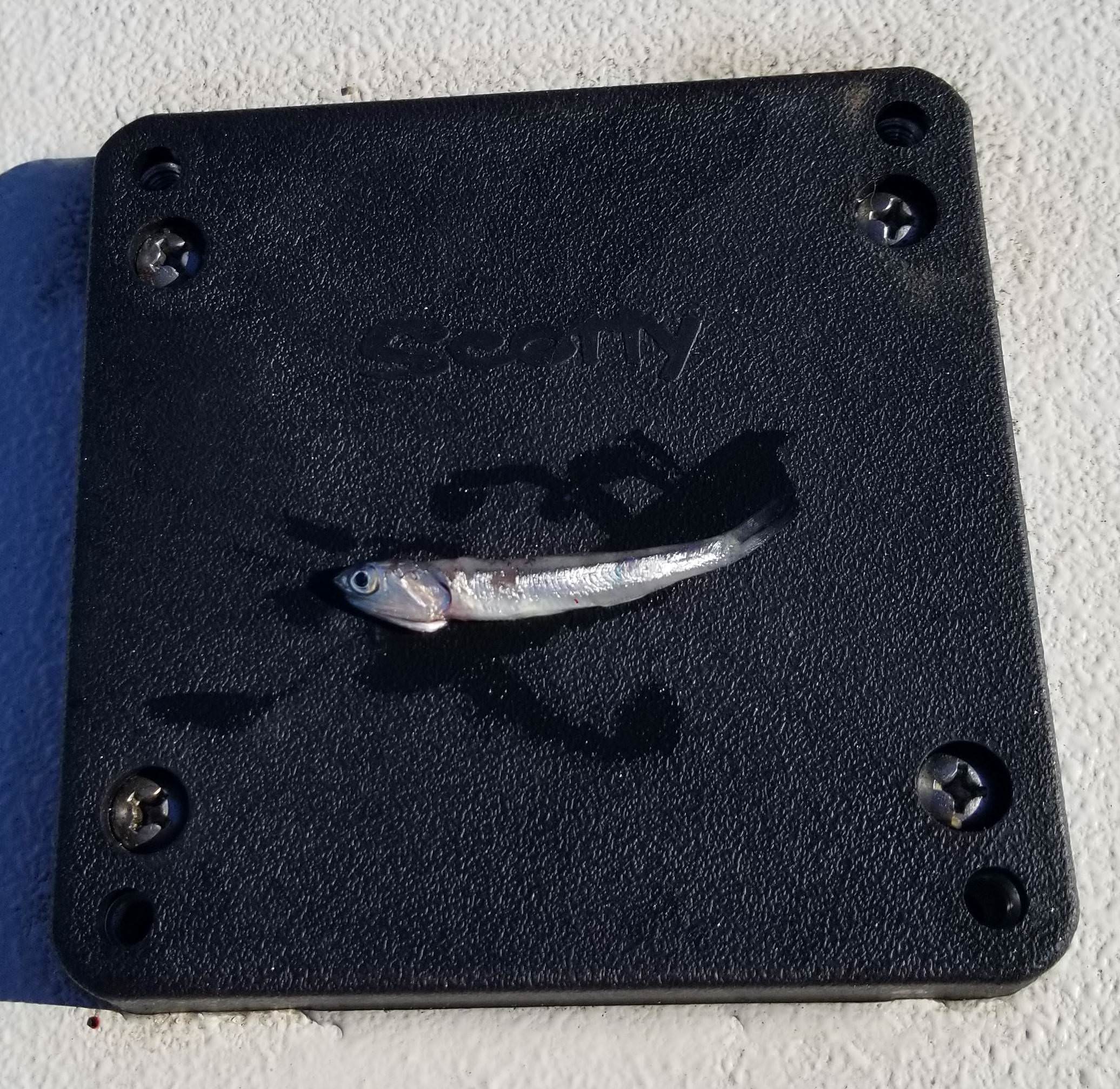 At one point I counted 15 boats around me getting into the action. You could hear hoots and hollers everywhere. Thankfully nobody did that thing that ALWAYS happens at Castaic – people running their boats full speed right on top of a boil. Hate that.


Eventually the topwater bite died down. I filleted my 5 fish while waiting for some more boils to pop up, but they didn’t before I left at 11am. I had a few strikes while dragging my bass swimbait, so I’m sure the bonito were still there, just not right on the surface. Ride back was even better than the morning, as the swells died down to half-footers and still not much wind. 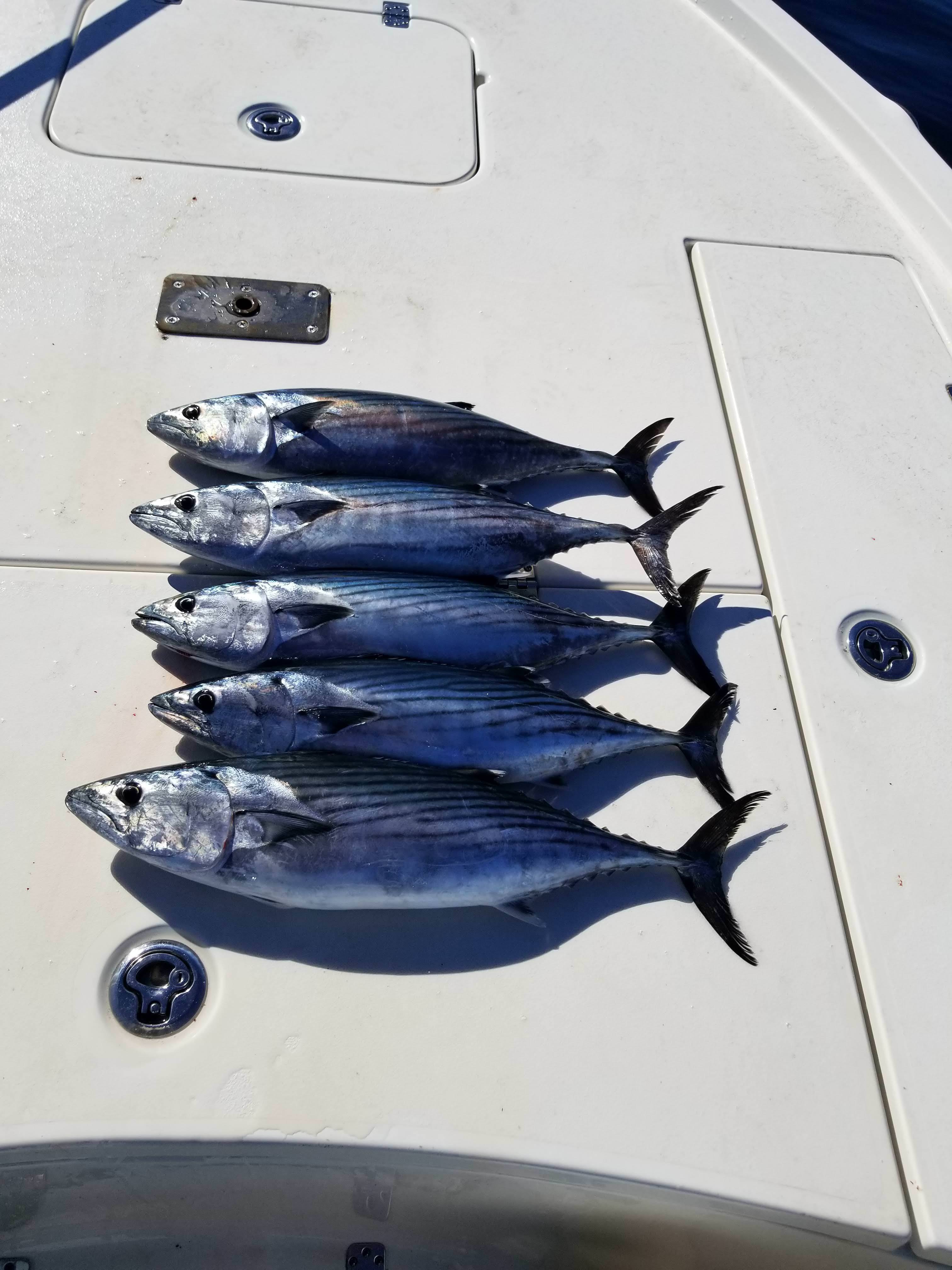 Going to fire up the smoker tomorrow. Anyone have a good recipe for smoked bonito jerky?
Reactions: CartridgeCalls, Radical Ross, tmines and 6 others
Upvote 0

We were there on the Native Sun on Thursday. Same action, limits for everyone.
Toggle signature
"You keep fucking with me, you da one gone be sleep, fo eva!"
Upvote 0

Great report! Sounds like a great morning! Nice pics and vids. Thanks
Upvote 0

Hey I was at rocky point today, although we got camped by a seal.
Upvote 0

onehottip said:
Kurt I’ll look for ya out there. Tight lines
Click to expand...

Hey. My daughter is in town and we tried for those Redondo bones, but the fog was too damn thick without radar. Way thicker than last Sunday. We turned around and fished our way to Newport.
Toggle signature
Whorehouse Piano Player
Upvote 0
D

was there with a boat full of kids sunday AM, took 10 minutes to find the fish about 1 mile out of harbor then it was non stop. fog came in thick around 8am but didn't slow the fishing. only issue was the kids couldn't wind in the bigger Bonita before the seals got them, lost 1 1/2 rigs and many fish to seals!

For us, hoochie daisy chains works best for inshore bonita, they seem to show every year but this year they are BIG! Was using purple after the fog came in, started trolling one mex flag and one purple and the mex flag was winning until a big bump head seal ended up wearing it as a piercing. Only had a back up purple so trolled double purps which caught plenty.

Lots of fun, got all we wanted in a couple hours, great on the grill, sashimi and poke.
Reactions: shinbob
Upvote 0

Upvote 3
A
Inshore Blackjack in Redondo