Word of the Day: IceMelter

Name
OT - the Other Travis

Even though the days are shorter and we had to turn back our clocks, the fish didn’t get the message so they still think it’s summer. Was watching the counts on bluefin and yellowfin during the week, on the full moon, and it was going off. Checked weather and it was calling for 6 ft at 14 seconds with winds under 5 and bluebird skies, so decided it was on. Hopped on one of my favorite boats out of Oceanside Friday night ready for battle.

Woke up in the dark, grabbed my cup of joe and put my order for a hot breakfast burrito (didn't get to eat it until it was cold and hard, but still tasty AF). As the sun came up, so did the fish. Didn’t take long before there was a solid meter mark under the boat on a small kelp, brailed bait and it was on. We sat on that drift until noon with a solid plunker bite the whole time. Most people were fishing 30#+ but those of us who “know” were lower. I started with 20# and was getting bit but as the morning went on and they got more skittish I dropped to 15# and it was instant bendo. Getting more confident I went back to 20# and couldn’t get bit, went back to 15# I was bit within 30 seconds. So it was that type of day. Only lost 3 getting bit off on the lighter line, so not bad. That school decided to drop out at noon so off we went to look for more. The boat was over 100 fish at this point, I was at limits already and donating to the boat at this point.

Trolled north as there was word that the better grade bluefin were there the day before. The big boys were too far west at this point, plus the word from boats out in that zone were bad. No meter marks, no life, no nothing for a few hours so did a u-turn and headed back down to the zone we were fishing in the morning. At about an hour before sunset we spotted a sunning marlin (big boy) who sunk out fast. There were meter marks below so we threw bait, but no reaction. On the move again and within about 15 minutes ran over a huge meter mark, so capt’s yelled to dump bait and make them pay for their sins. The ocean erupted and it was on again. We fished that school into dark, where it transitioned to some getting bit on the glow flat fall. Then capt’n calls over the speaker that there’s a regulation size school of bluefin down at 250 feet and to drop deep. Two dudes got bit (pitch black at this point) and one was a big boy. The smaller fish was coming up like normal and then was just dead weight… got up the to boat and he was missing his propeller, so a mako got a free meal. Fortunately just go the tail and rest of the fish was good…a 30 pounder. The other fish was deep and in a tug of war that after about 15 minutes ended with a pulled hook. At this point the school was gone and it was time to head home.

Great fall fishing and really nice grade of fish and isn’t showing signs of slowing down. So looks like we legit could be fishing up through X-mas like we did last year. More reports to come I hope! Get out there boyz and girlz. 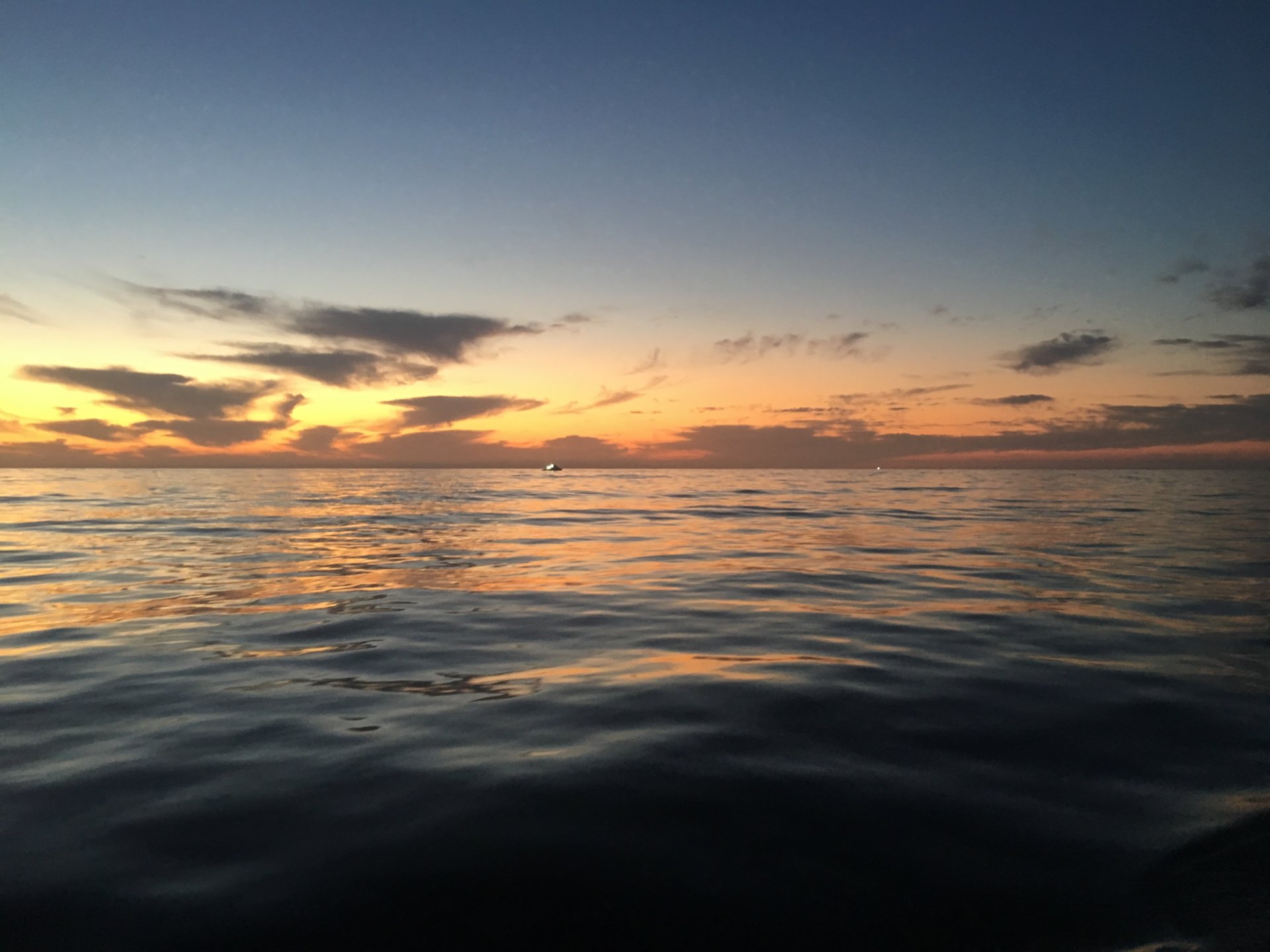 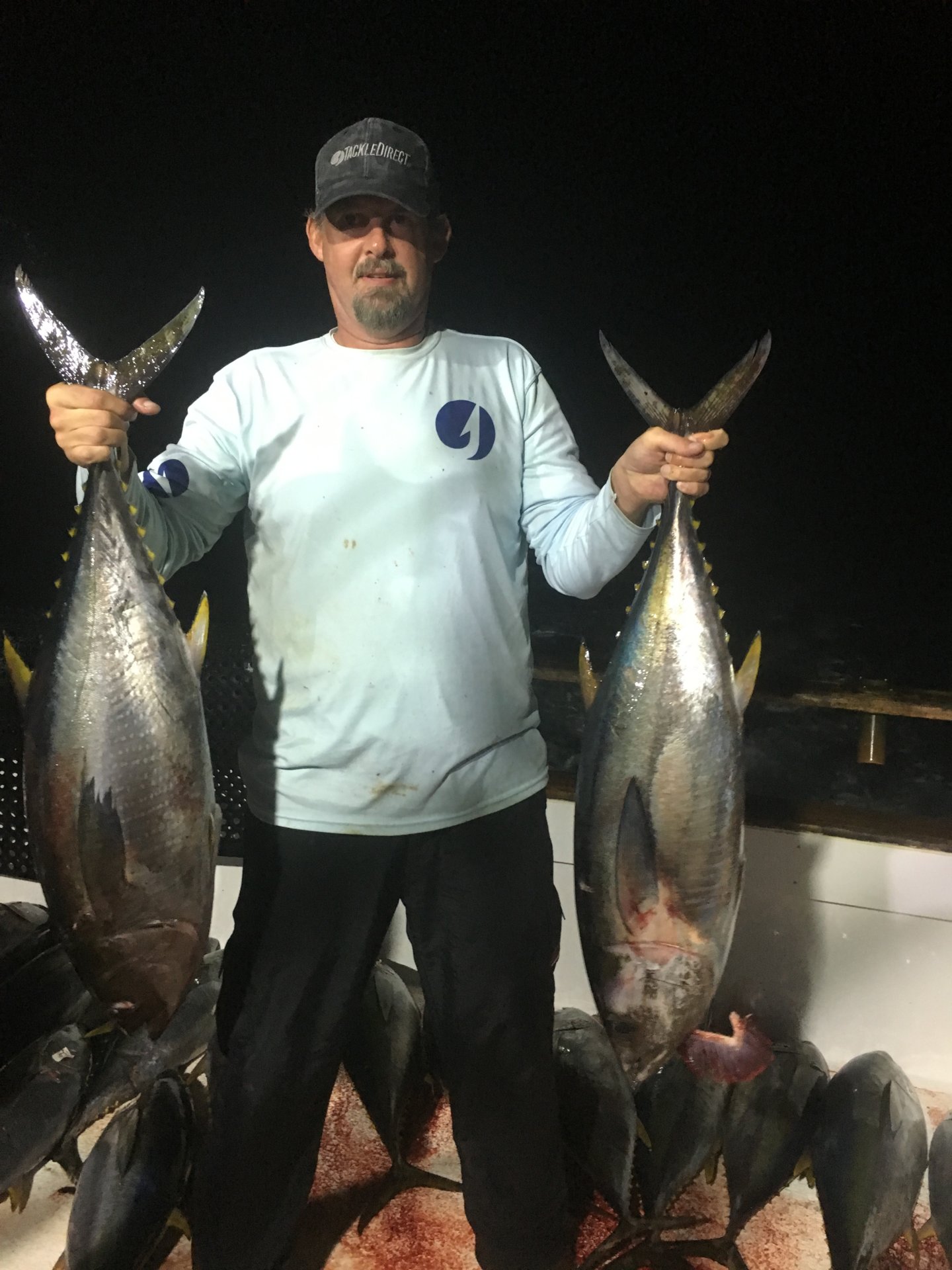 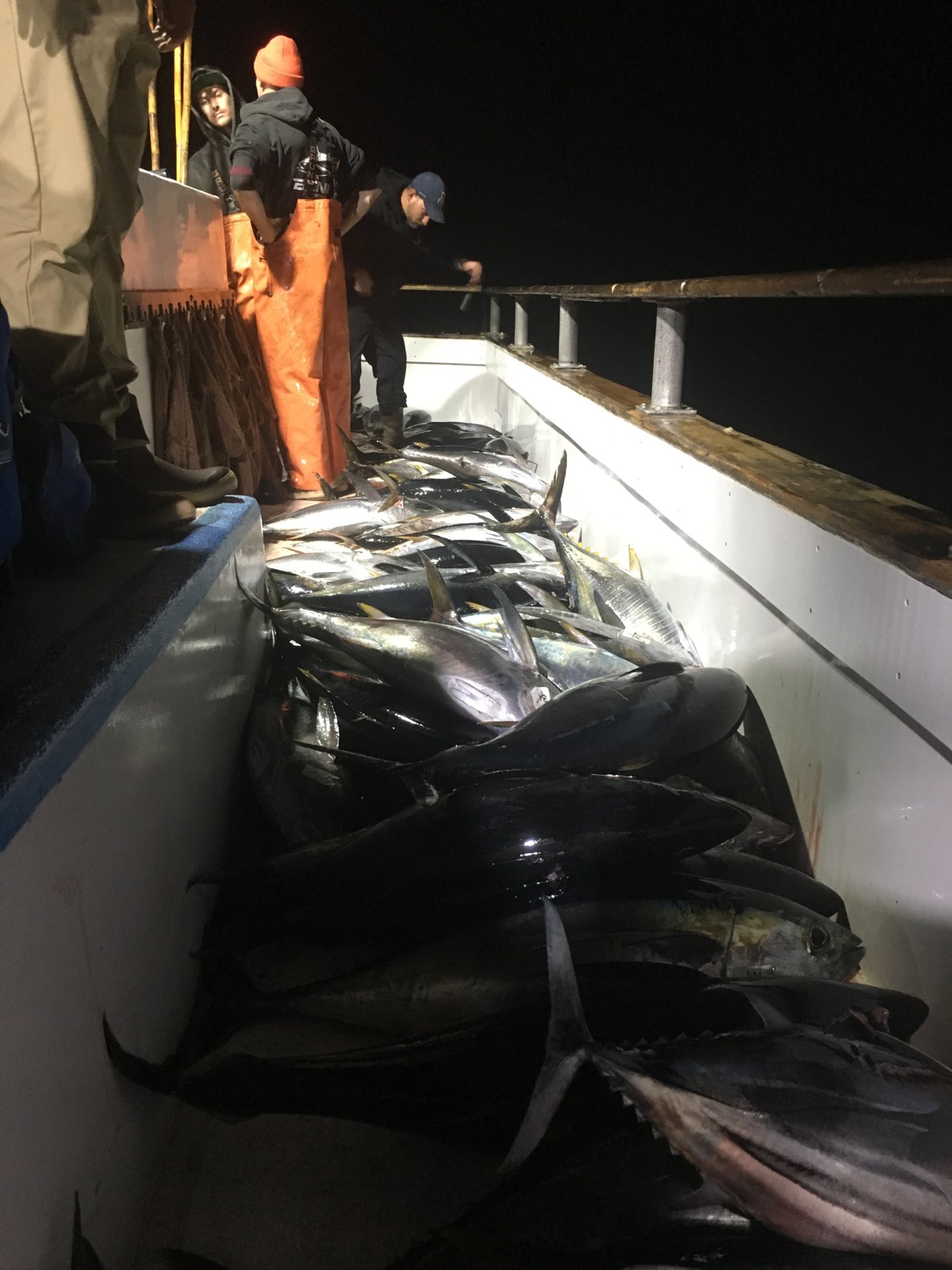 Excellent
Thanks for sharing
Upvote 0