Been following threads on BD all summer and have gotten some solid intel so figured this would be a great time to post in case you haven't heard already.

My dad and his buddy came down to fish with me Tuesday 10/9 but unfortunately my normal fishing buddies weren't able to join so the three of us hit it early this morning looking to put some more yellowfin in the freezer.

Got a little bit later start than we had planned, and grabbed bait around 5:45 and cleared the point right before first light and pointed the bow toward the 371. Stopped on some big pods of dolphin on the way out that had some scattered marks on them but nothing went so we kept heading down to the zone.

Threw the trollers in a few miles northeast of the 371 proper pretty far outside of the fleer as we saw the Aztec a litte skiff already on a drift not too far away. Before I could grab the bait rods down from the rack we had doubles going on the cedar plug and blue skirt jig, one being a mean skippie and the other a mini yf. Stopped the boat and brailed a scoop and had them boiling up right away.

We switched over to the bait sticks and all mayhem broke loose for the next two hours on a two mile drift. A few lulls in the action which were quickly averted with a little chumming. Was able to hang one on the jig first thing when they really started going.

It seems like we had different schools coming under the boat from smaller yf to big schools of large skipjack and then finally solid grade yf 25-35lb. Fished 25 and 30 all day but easily could've gotten away with 40 but we had a surprisingly low number of casualties, just the occasional pulled hook.

Secured limits of yf by 10 and kept some skipjack for lob bait. Had a whole scoop left so played catch and release for the next hour before heading in. Back by noon. Looked like every boat in the area was stopped and had their own schools on em which was awesome to see.

Awesome grade fish and an even better time with my pops and his buddy. It's definitely biting. 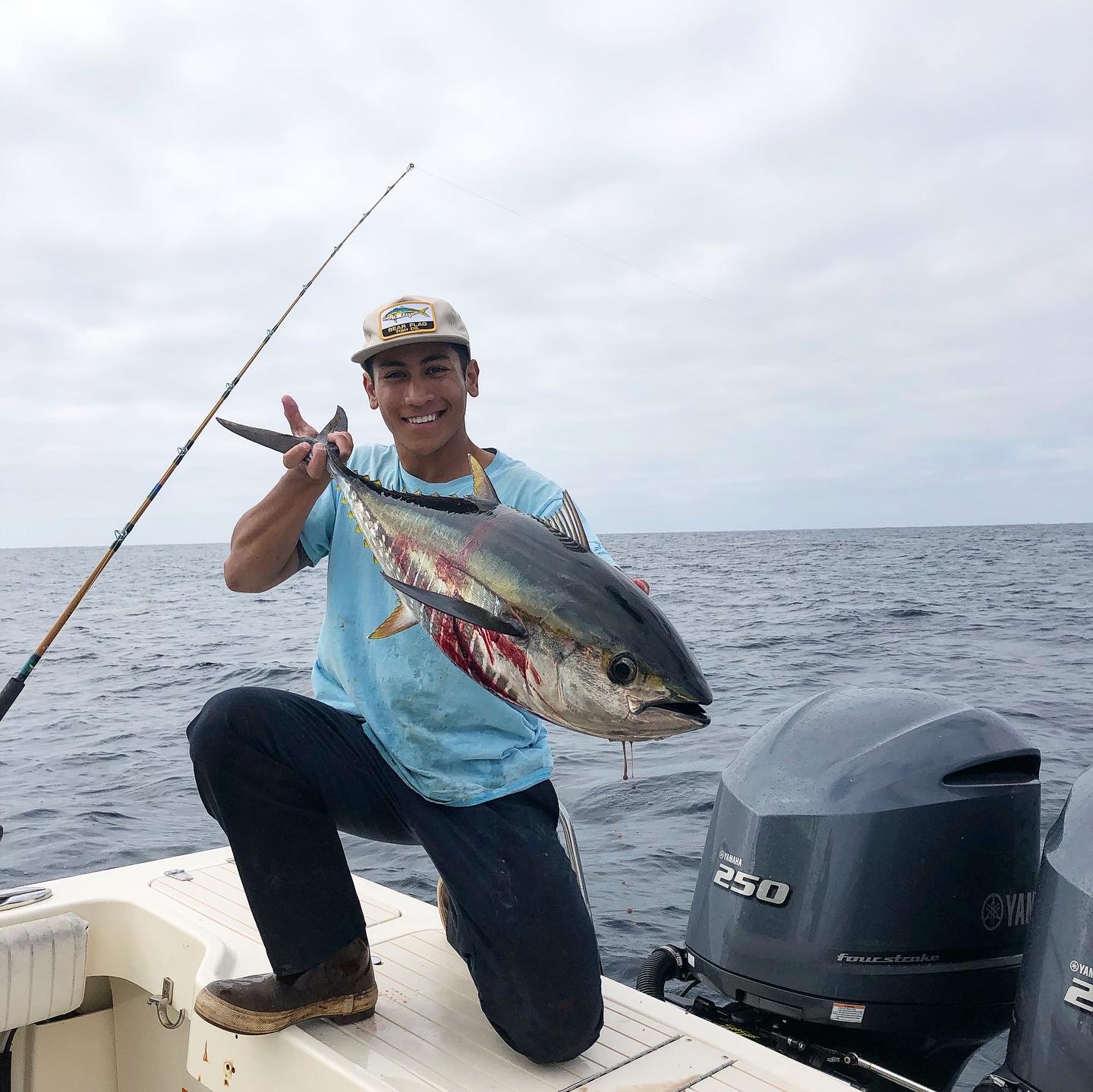 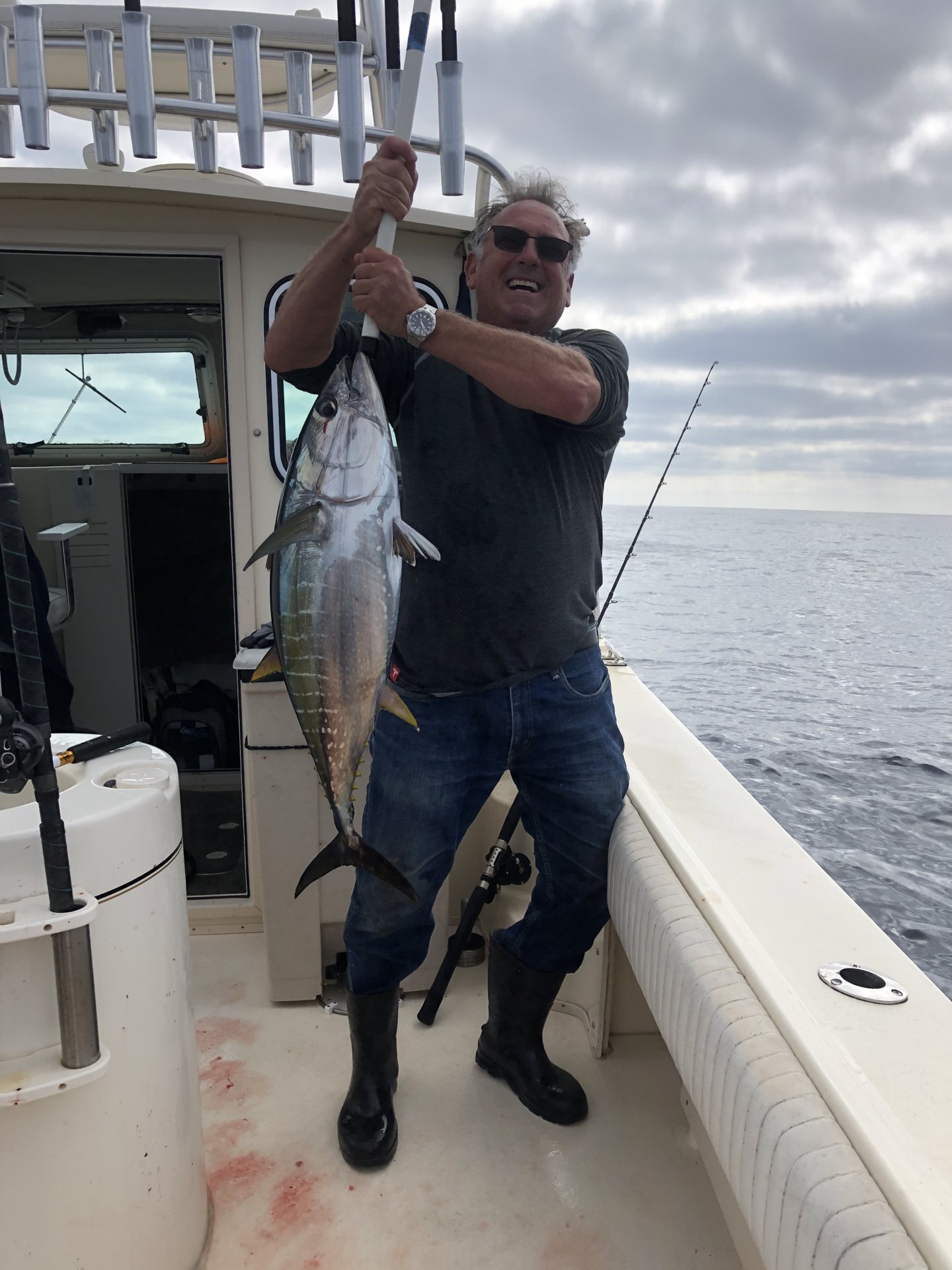 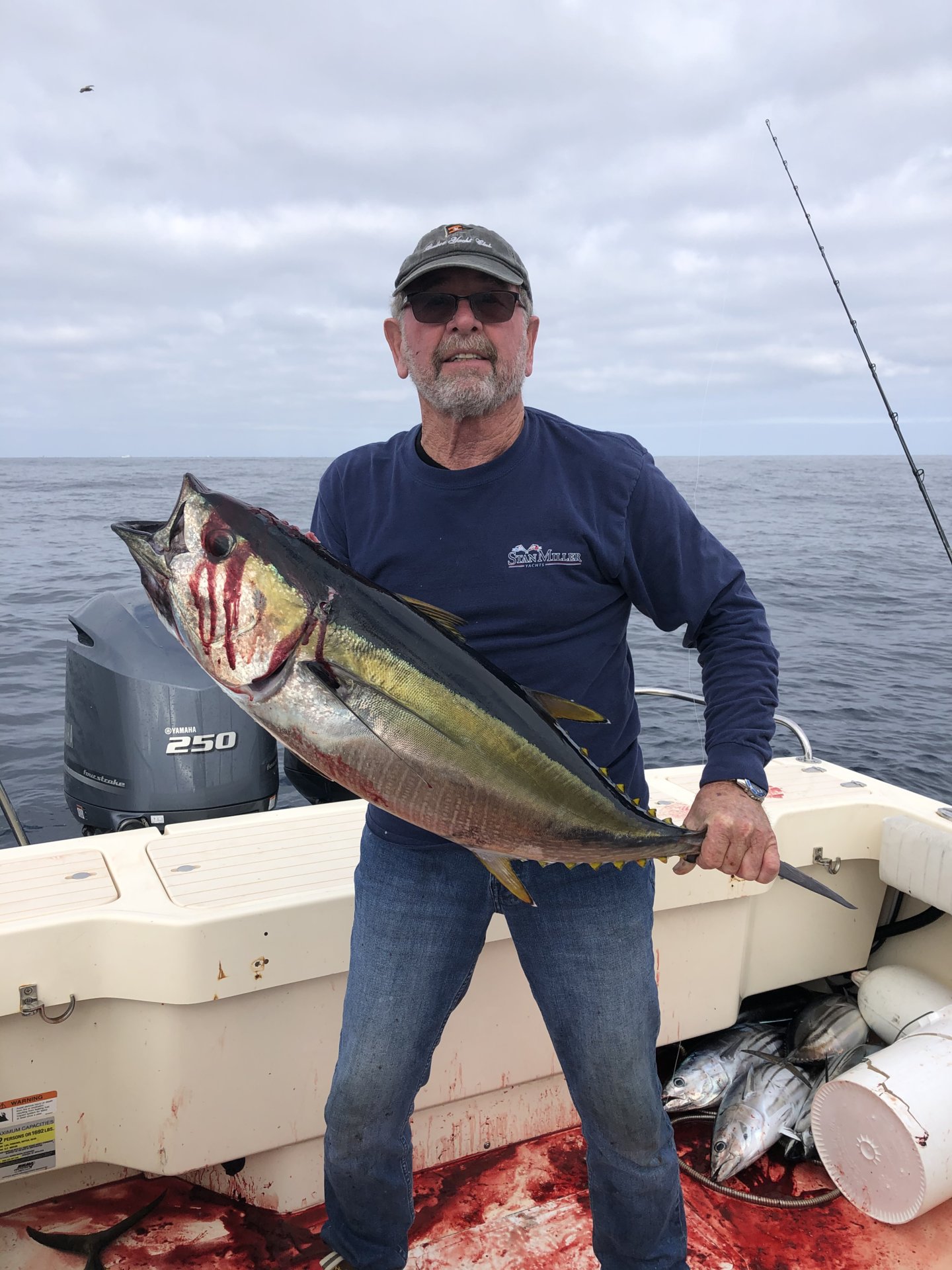 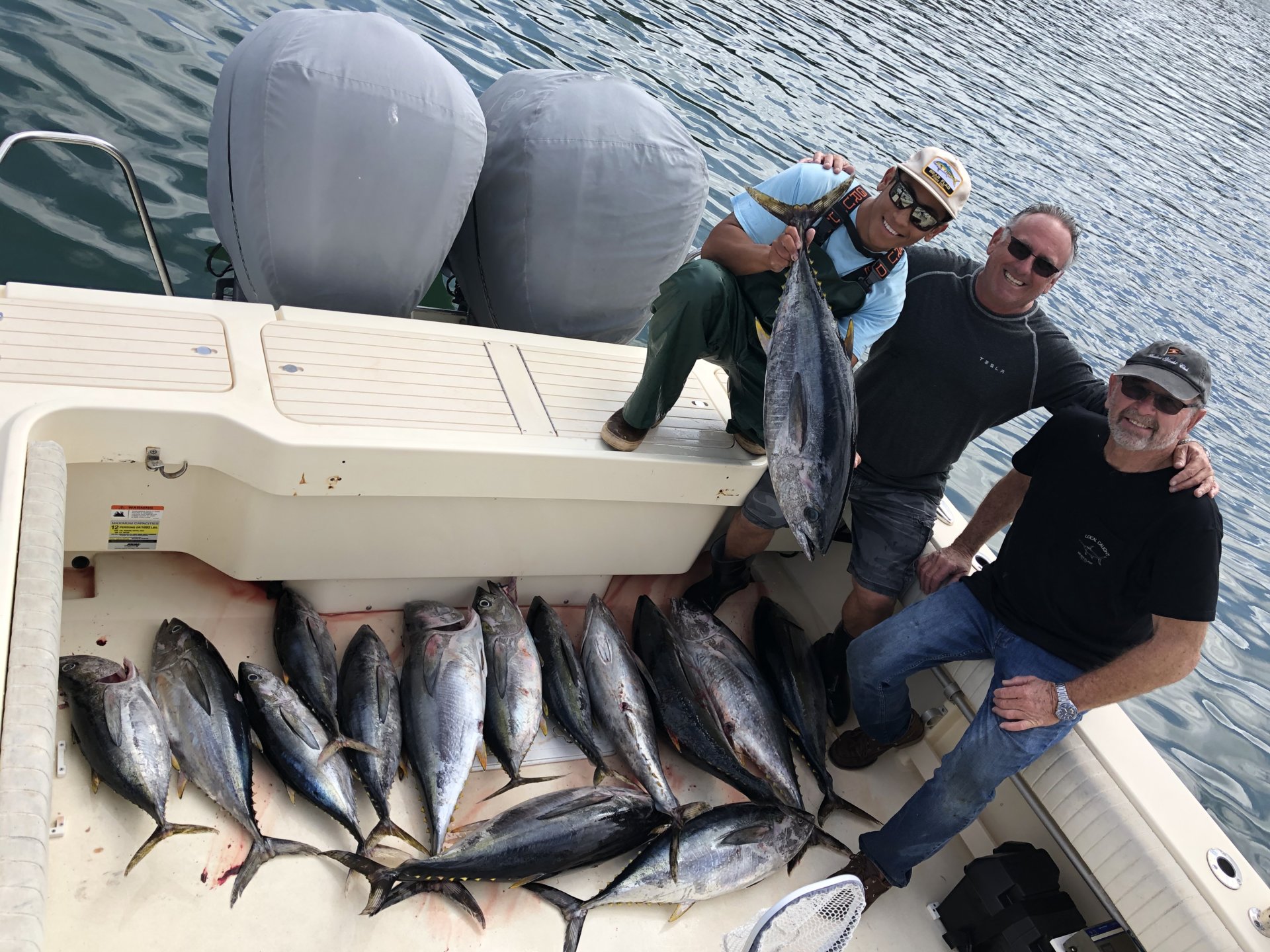 You had a great day!

My name is Apogee and I am a Squidaholic

Glad to see it...It has been awhile...Ap
Expand signature
"Stand your ground; don't fire unless fired upon, but if they mean to have a war, let it begin here." Captain Parker
P

I can confirm your normal fishing buddies have huge regrets.

I wonder what all the sucky people were doing at this time.

It's a great day when you C&R tuna.

Nice looking fish! Please o please be biting for us this Saturday!!!

Nice catch. Thanks for the report.