aroun the 42 saw some jumpers and Jeff hooked one with a jig. got it in and we started trolling west. went not even a mile and hooked up on the troll, started converting on bait and iron and ended up with a nice stop 12-15 fish. Back on troll and hook up in same area and again convert on bait and iron. we did that same routine two are three times more. Hooked four troll fish and landed three. The rest of our fish were split between bait and iron, almost equally.
Ended the day with 55 fish, largest was 35# and best part was we were headed East at 1300 at 30mph and only burned 40 gallons of fuel for the day. The whales put on quite a show on the way in also..

This was the best day tuna fishing that I have had in 12 years, Most fish ever and first time done so early. I have caught a couple of fish over 40# but that was quite a while ago. Jeff (Ironman lol), Emery,Randy and Tony, thanks for a great day on the pond
Reactions: Gooch Larue, Nineball, GregE and 7 others
Upvote 0 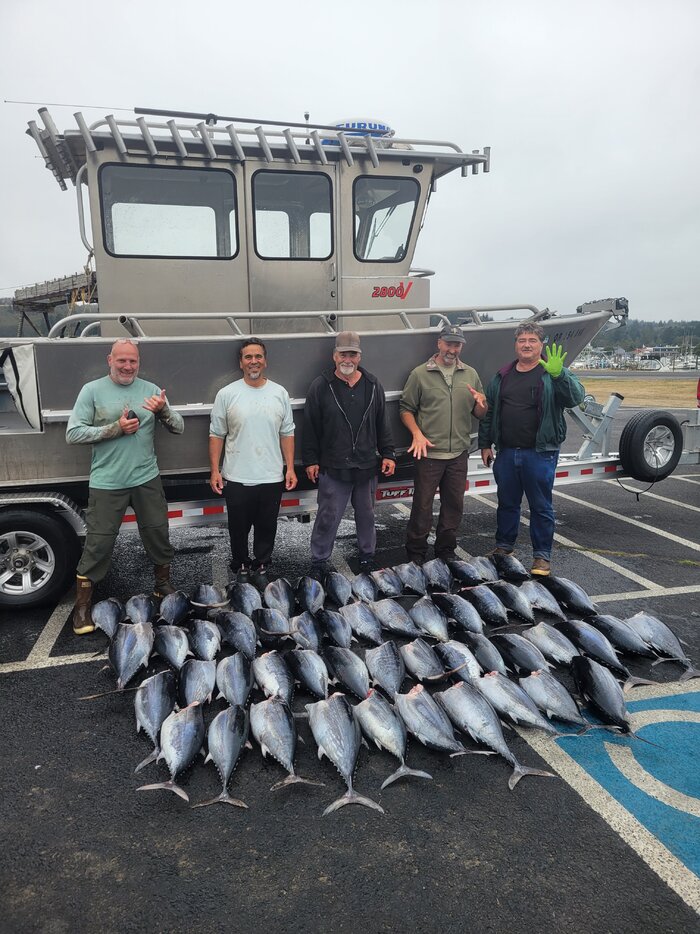 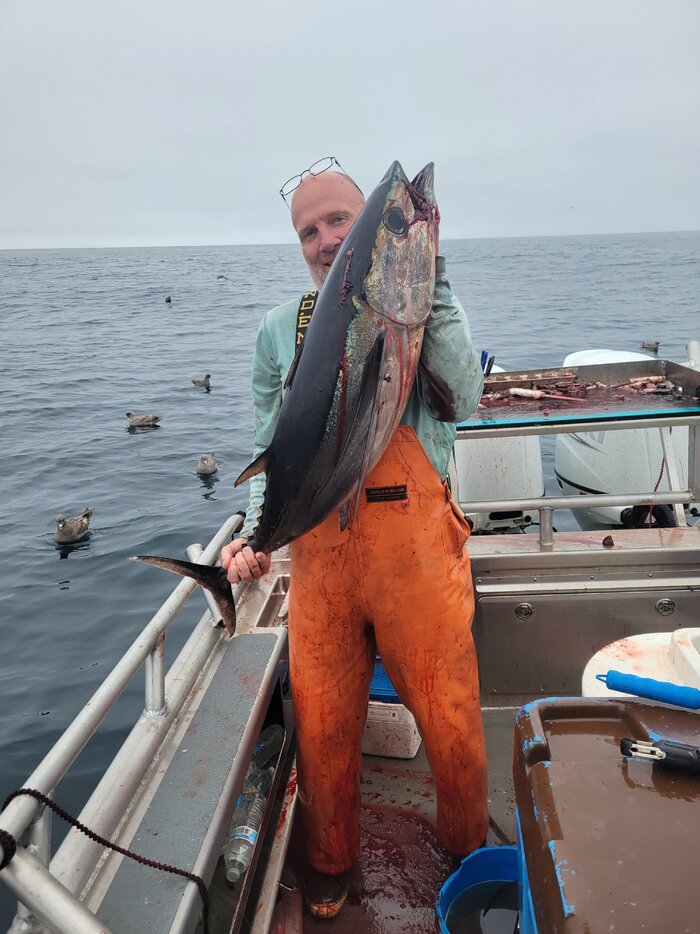 Smack Down!
Fuck we miss the Albie's in San Diego.
Toggle signature
"Life's journey is not to arrive at the grave safely in a well preserved body but rather to skid in sideways, totally used-up and worn-out shouting Man what a ride!" George Carlin
Reactions: Tunahead
Upvote 0

Was this the maiden tuna voyage?
Upvote 0

no excuses said:
Nope, 8th trip so far this year.

Oh ok. My mistake. I just remembered it was a new boat.

Looks like it’s fishing very well for you guys

Nice load of Albacore guys...yeah I miss years of Albies off Socal/Baja here too. Fun times!
Glad you had solid trip.
Reactions: no excuses
Upvote 0

some where on the water

Boat Name
High on the Goat