Mike got down to the boat around 3:20, pushed off soon afterwards, Menpachi is why. Haven’t looked for those critters in a long time. Didn’t do very well, ended up at Kaena, tried for bait, sucked at that too.

Ran about half way to the buoy and put out the spread. First pass mahi missed the port corner, simultaneously the stbd corner goes, almost identical to last week, one big difference, no bait. Tried jigging a couple different surface popping type lures, no luck.

Set our sites on the horizon and headed WNW. Mike went down below to get some needed beauty rest. We are a few miles north of the the first pinnacle and seeing steady concentration of Matoris with a few whites thrown in. Mike’s still crashed, I come down to pull a couple inches off each reel that is not direct off the rod tips, riggers and flat line. Just as I pull line off the stbd rigger, the clip releases??? But nothing immediately afterwards, then see the rod tip bounce, give it a couple quick cranks, put it in free spool thumb holding the spool. Fish picks it up and let’s it go. Same drill this time it works. Yippee! I had yeld to Mike when the clip released, he was quickly gathering his thoughts.

Mike cleared a couple lines and then donned the NEW PROTOTYPE Seamount belt and harness. I finished the rest of the deck duties. Fish dumped a bunch of line and appeared to have sounded, could it be??? Nope, eventually Mike sees the fish off behind the boat.

Eventually get the fish to leader, get Mike free of the rod, I leader Mike gaffs, done deal, sweet. Get the fish headed and gutted and in the box. And head our sites back to CO we’ll have some meat if there are any mahis still there. There weren’t.

Get in about 4, find a couple other lures had been chewed on as well. Left the fish on, cut him Sunday, neighbor will smoke it this week.

1- mike at work, beta testing.
2- mike with gear and critter
3- JSI lure that did the damage. 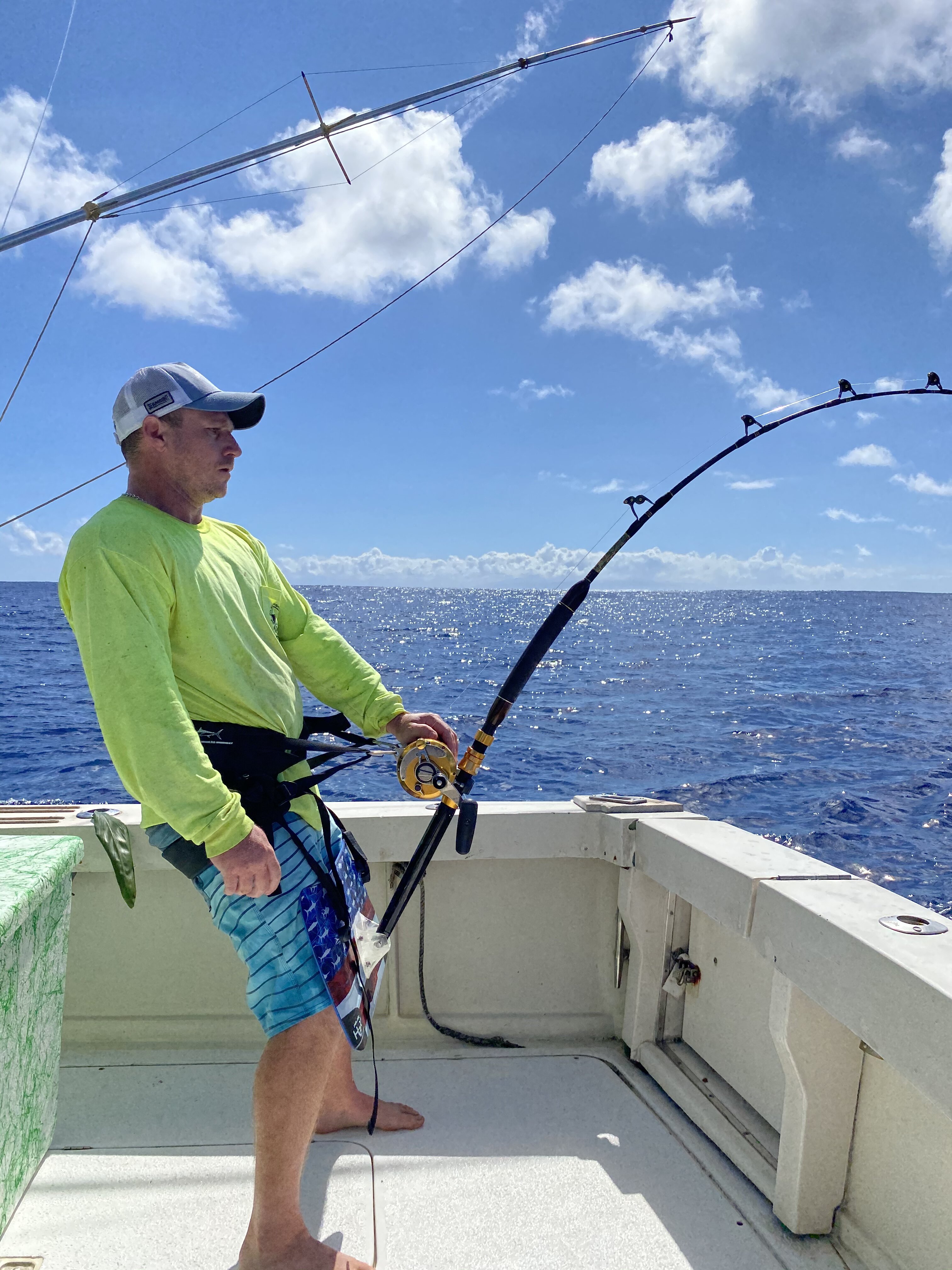 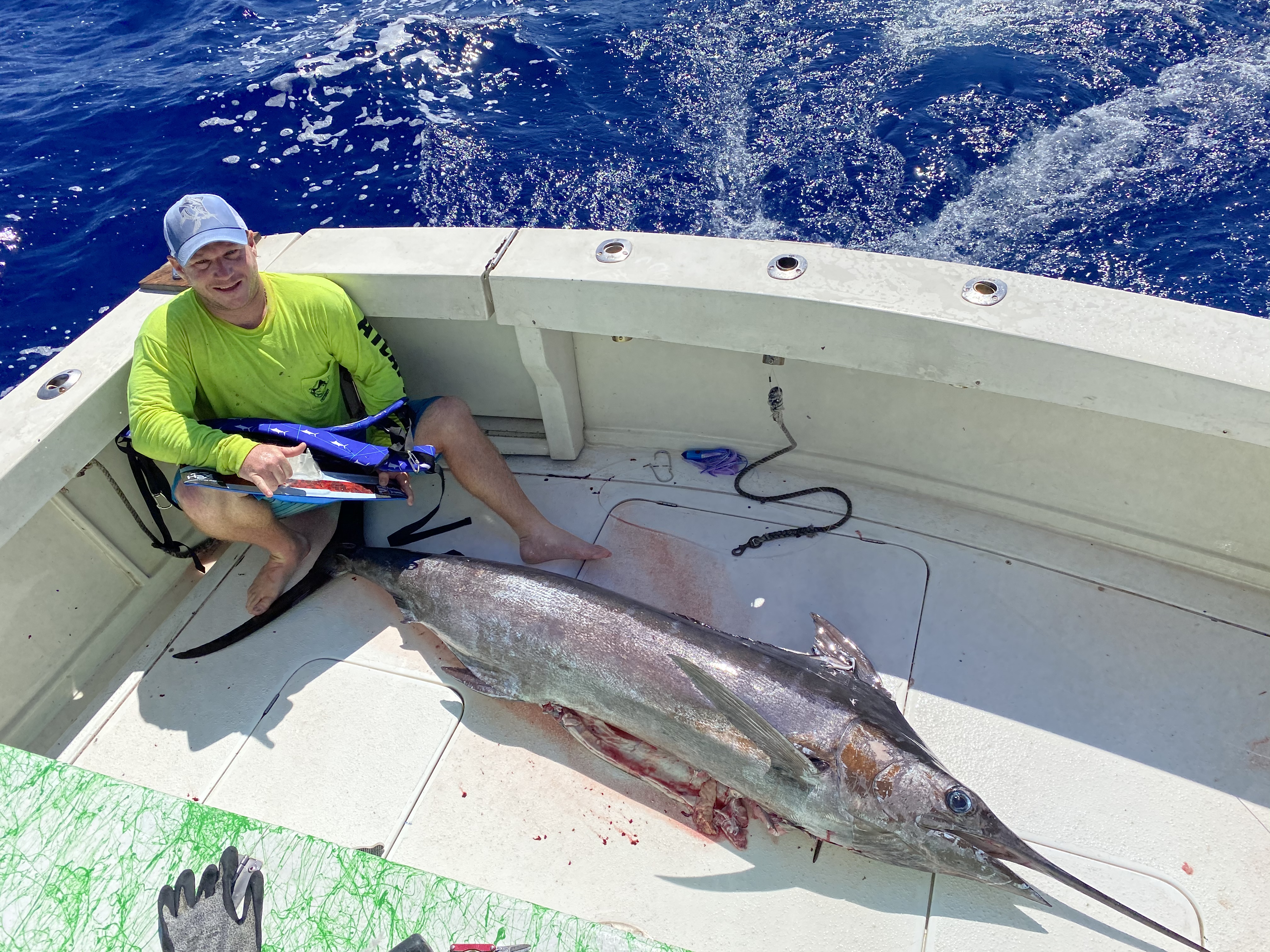 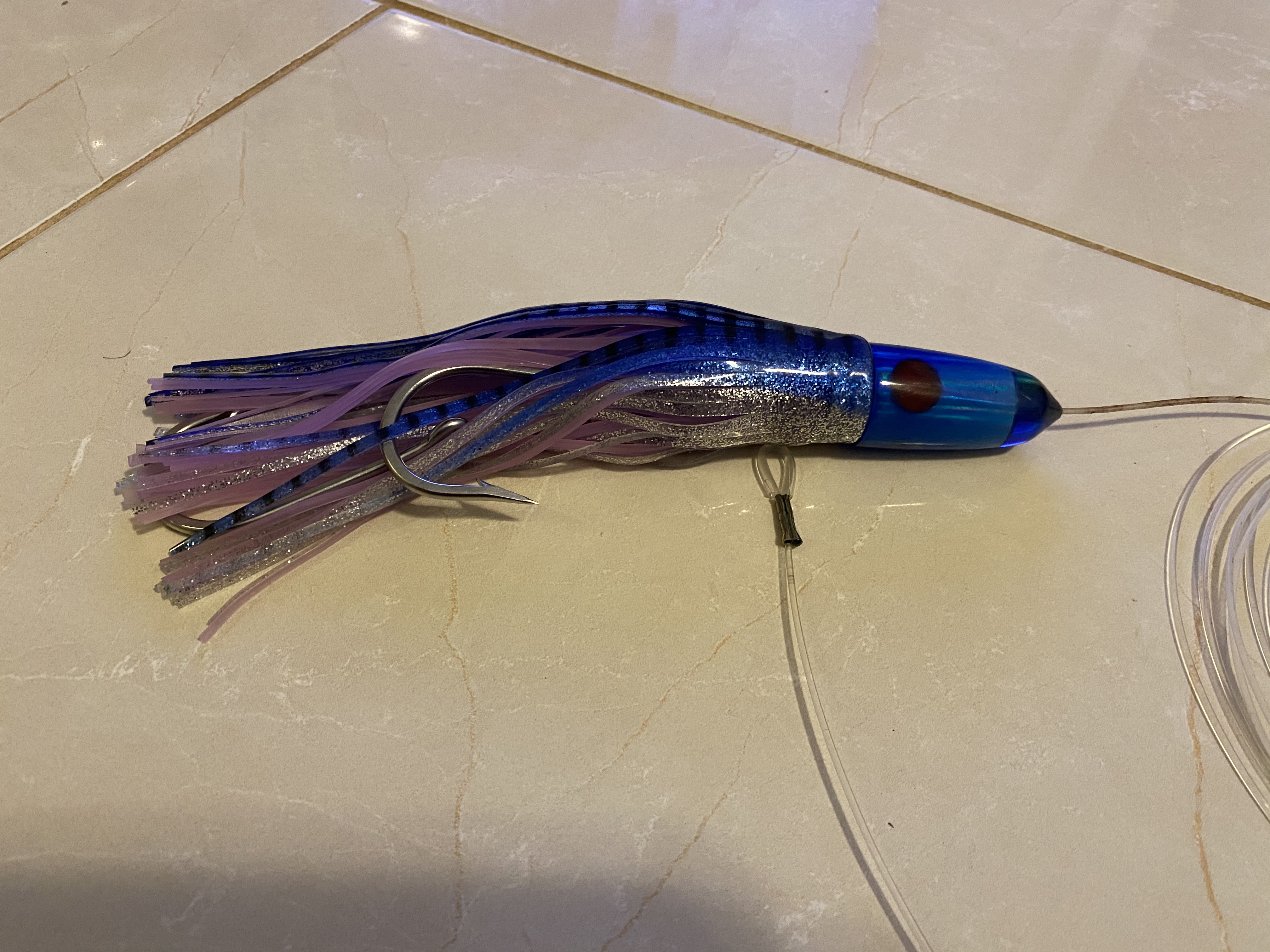 cheers
Pat
Reactions: I'M OFF, Puravida16, ChaseTheBait and 6 others
Upvote 0

Pat and Mike, perfect way to break in the new gear. Looks like it works well
Upvote 0
J

Way to go Pat and Mike. Looks like good size to eat. Of course smoked is also really good too.
Upvote 0

Pat and Mike, Congrats on the nice size PBM! Funny how I can’t seem to get a marlin strike when you really want one to smoke One! Keep the strikes and fish coming!
Upvote 0
G

shadzdad said:
Pat and Mike, perfect way to break in the new gear. Looks like it works well
Click to expand...

Thanks Darren, Mike looked comfortable and it keeps the center of gravity low, which I really like.

Thank you sir, yes that one did, another one I rigged up has been whacked plenty, just hasn't got us to the end game.

Yep, cut and sitting in brine.

AKEMI TOO said:
Way to go Pat and Mike. Looks like good size to eat. Of course smoked is also really good too.
Click to expand...

Thanks Steven, the bulk will get smoked but certainly enough scraps to grind.

russell kato said:
Pat and Mike, Congrats on the nice size PBM! Funny how I can’t seem to get a marlin strike when you really want one to smoke One! Keep the strikes and fish coming!
Click to expand...

Thanks Russ, I'm just glad fall is here, because the summer sure was lack-luster behind the Kai'Nana.