After hearing all the Wahoo chatter my dad and I decided we'd finally had enough and it was time to go out and capture ourselves a US waters Wahoo! Monday I decided to get new line put on all of our trolling reels, picked up an orange X Rap along with a few other lures and we were ready to go.

We left Alamitos Bay around 5am, grabbed a good scoop of 'dines from Nacho and made some mackerel (although my first sabiki hit was a bonito!) Our plan was to troll outside of the 9 mile rigs and then either head towards the east end of Catalina or the 14. Nothing was happening at the rigs so around 9:30 we turned towards the east end. On the way we saw a few whales, a ton of porpoise and 1 paddy loaded with micro tails but nothing else. It was fun catching one of them on 6lb. line and a Colt Sniper though!

Chatter was that the flat bottom boats outside of Avalon were seeing Wahoo on their daily tours between Avalon and Lover's Cove and that most fish were caught in 200-500 feet of water close to the island. Also thank you to Joe at Performance Tackle for some Wahoo whereabouts insight! We were trolling a cedar plug and black/pink wahoo bomb on the outriggers, an orange X Rap and pink Mack X Rap on each corner and a pink Marlin lure down the middle. Forgot to mention that after trolling around the rigs I brought in the X Rap and it had some fresh Wahoo teeth marks but it wasn't even enough to get the clicker on the reel to go off. Later in the day we saw more of these marks on 2 of the other lures too. They sure know how to attack without getting hooked!

Around 1pm I was trolling towards the rock quarry on the east end about 1 1/2 miles off, 350-400 feet of water when the orange X Rap gets slammed. The reel screamed for about 5 seconds then silence. Dammit! I see the lure up on the surface so I go to reel it in. At this point we had slowed the boat down to about 6 knots. As I start reeling it in the middle rod as if in slow motion starts to bend more and more and then line, slowly at first, then full on screaming starts peeling off. The pink Marlin lure is on! My buddy fought the fish for about 10 minutes and then I stuck a head shot with the gaff. 50lbs on a certified scale, Catalina Wahoo!

The Marlin lure was pretty far back compared to the other lures and the water temp was 74.1 degrees. During the day we saw 2 other hoos zip across the surface a couple hundred yards away. What a year! Just stoked to have landed at least one. Until next time!

Not to mention it was my 4 month old daughter's first trip to sea, she must be good luck! And yes, all tails were released. 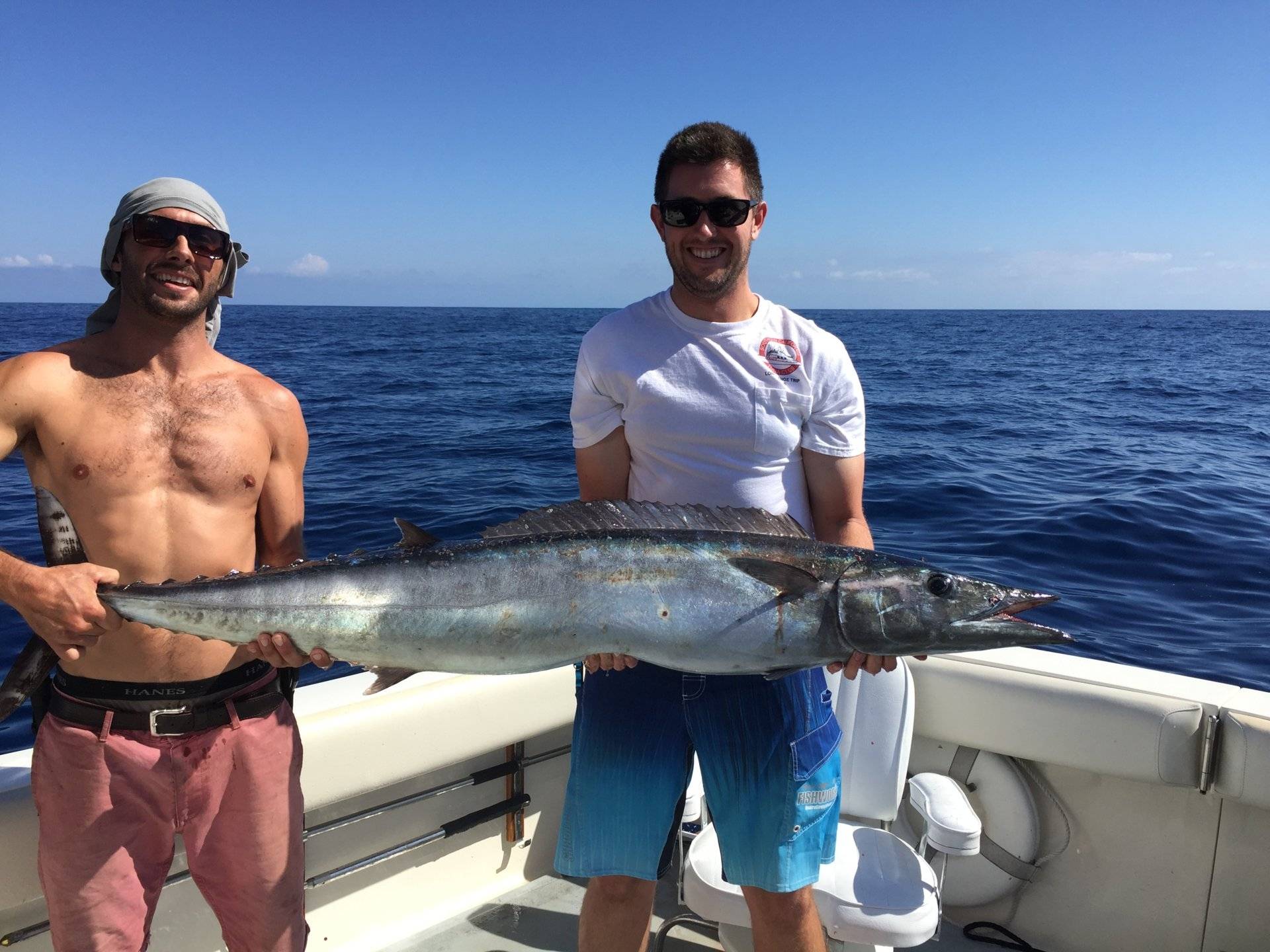 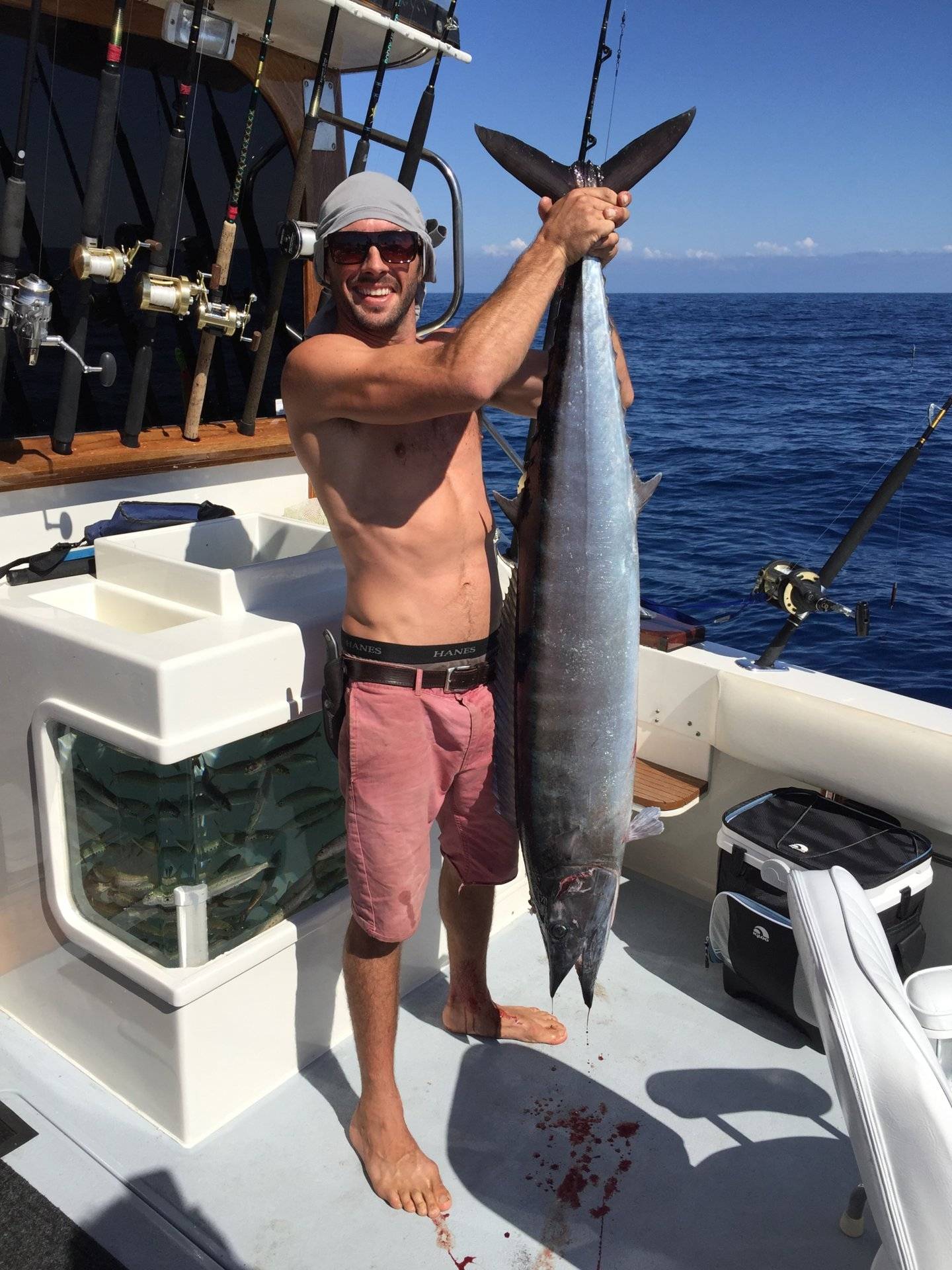 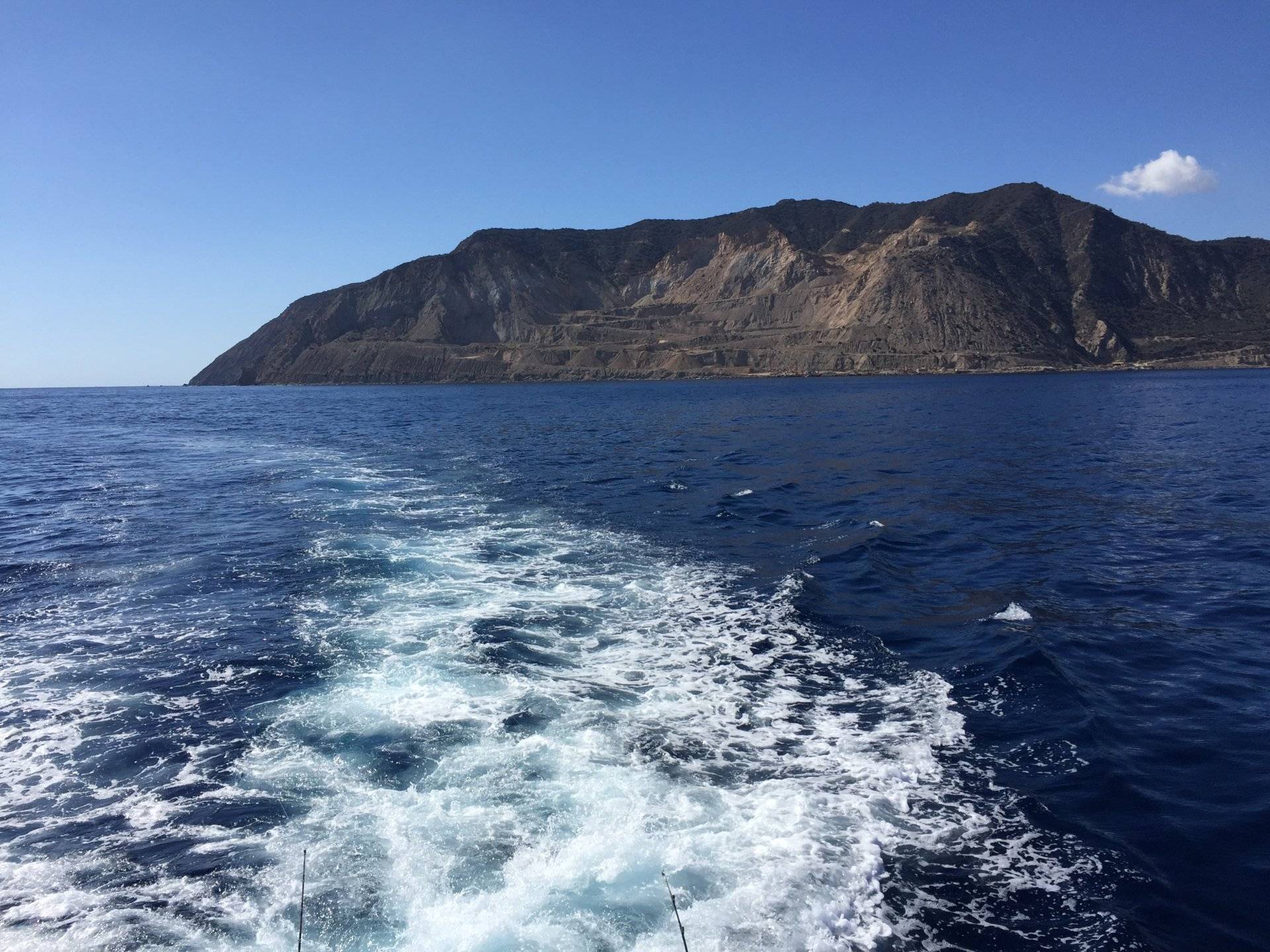 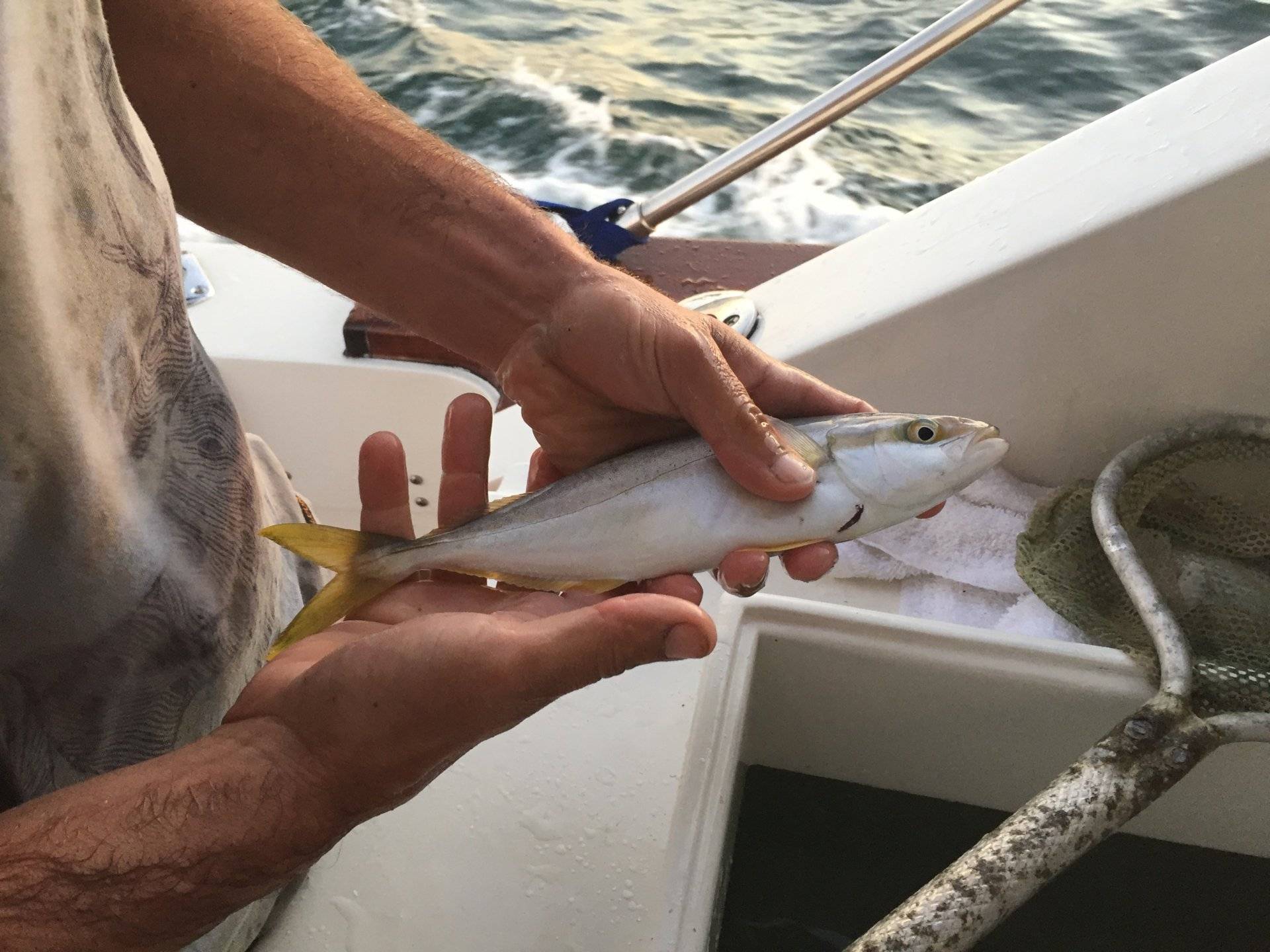 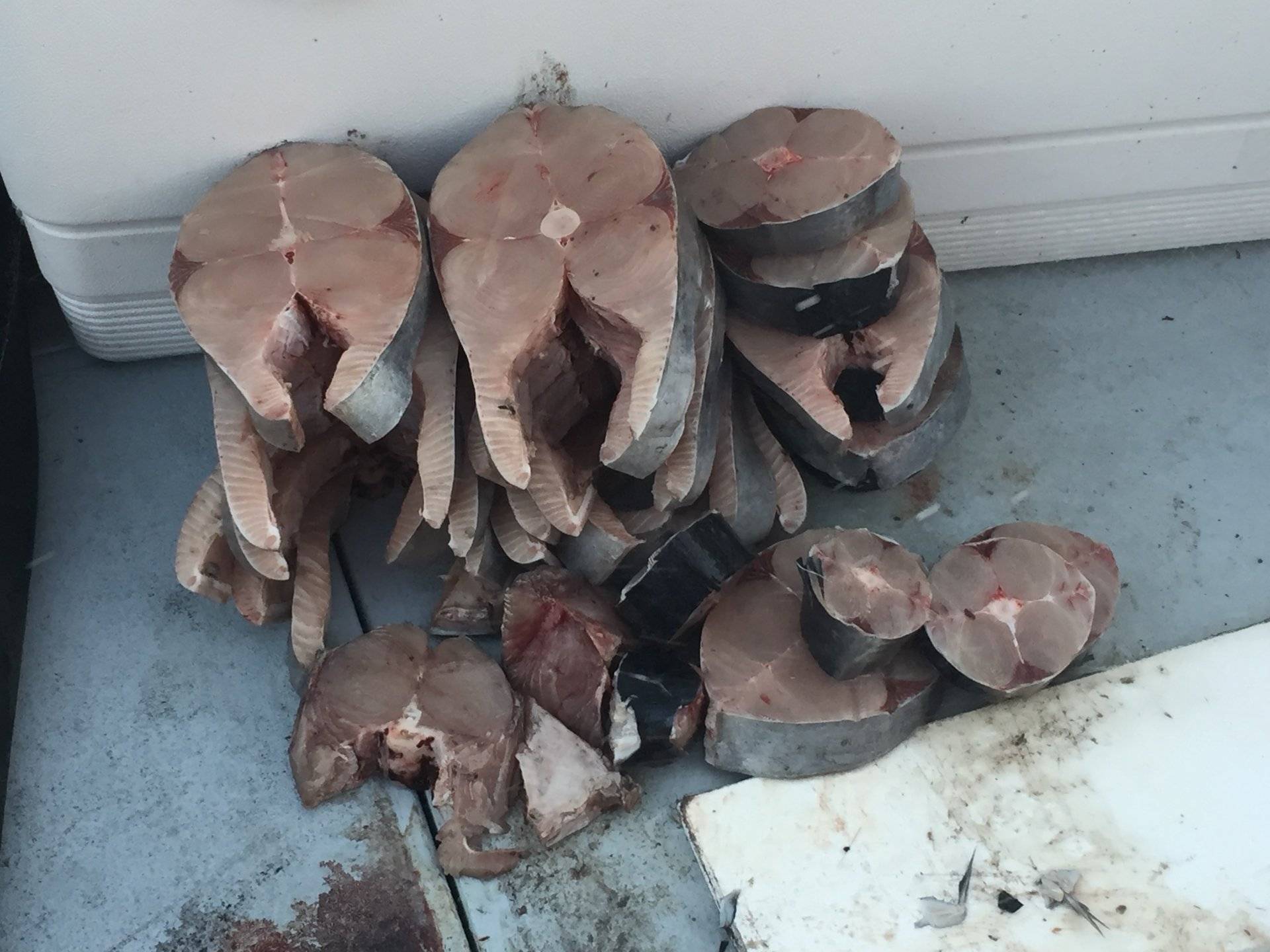 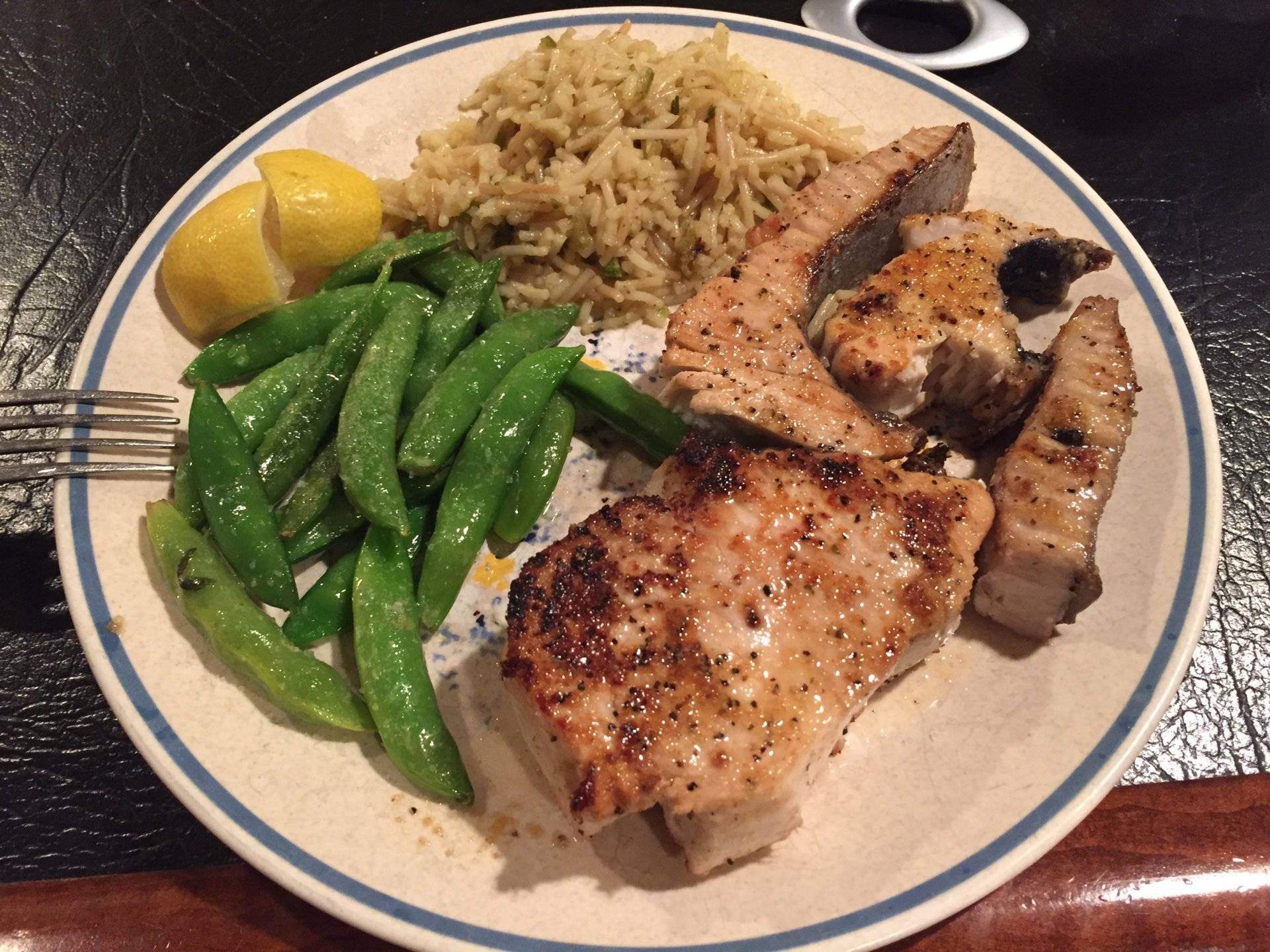 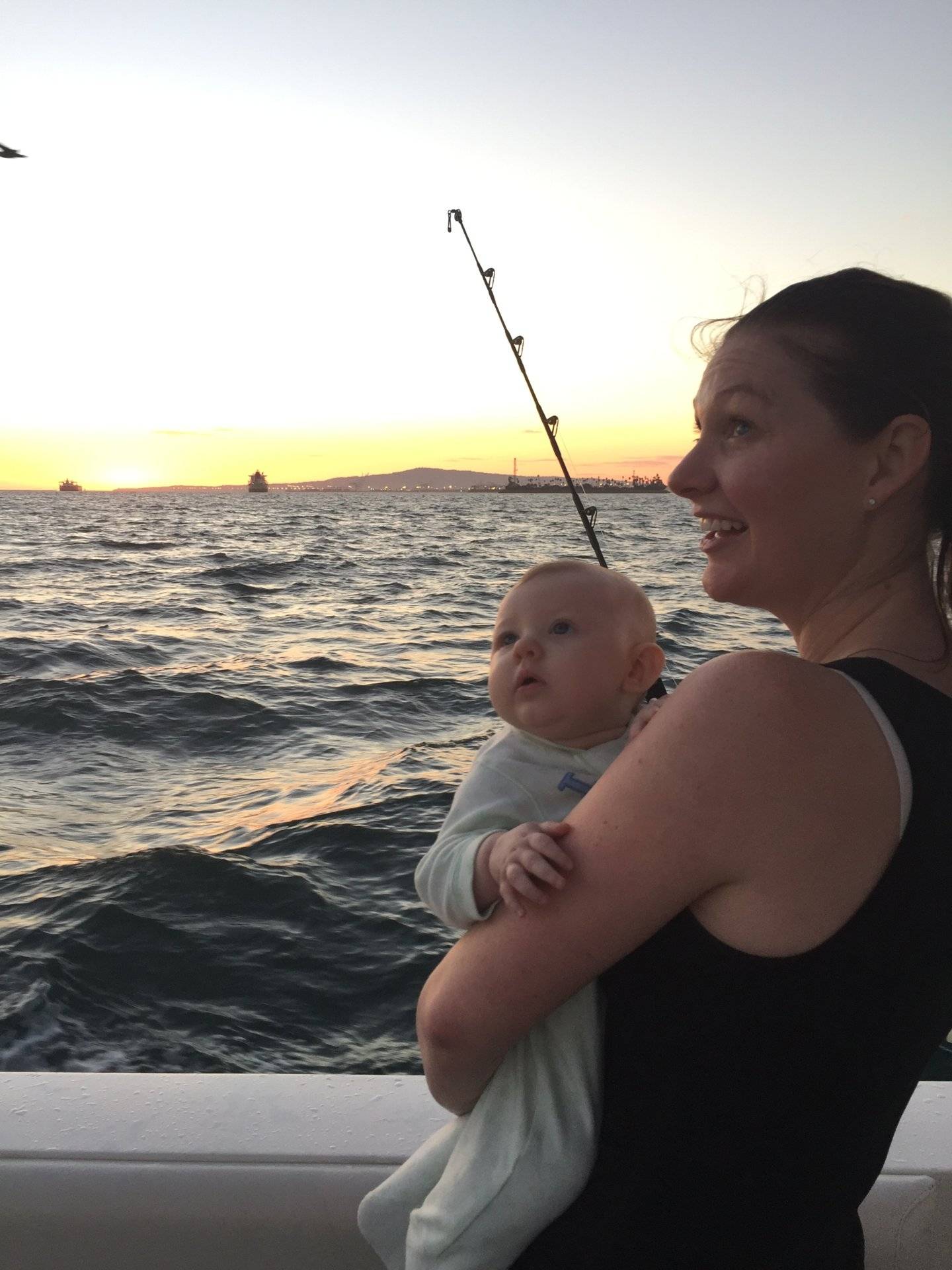 Nice how are you breeding those sardines lol nice aquarium u got there and grats on the troll
Reactions: BretFarewell and SeaHogDelux

Wow what an outstanding report! Thanks for the Catalina Intel! Congrats!
Reactions: BretFarewell

Congrats on the nice fish!

That's fun to be able to bring your wife and daughter, you got a nice big boat for that!

Thanks for sharing!
Reactions: BretFarewell

Nice fish! Thanks for the report.

How are you cutting thru the spine so clean? Hack saw?
Reactions: BretFarewell

WOW! Congrats on the whoo...but dang those fillets picks sure are making me hungry!

All it takes is one, GAME CHANGER!
Expand signature

Sweet, Was out at the rigs as well no luck. I think I heard you on the radio heading to Cat. geeez Good on ya !!!!

Black-is-Back said:
Nice fish! Thanks for the report.

How are you cutting thru the spine so clean? Hack saw?
Click to expand...

My friend cut down to the spine and then I made one hard whack on the knife with the bat and it went right through the spine! Worked great

Your yellowtail is as small as the one I caught last year. Lol I did release it though. 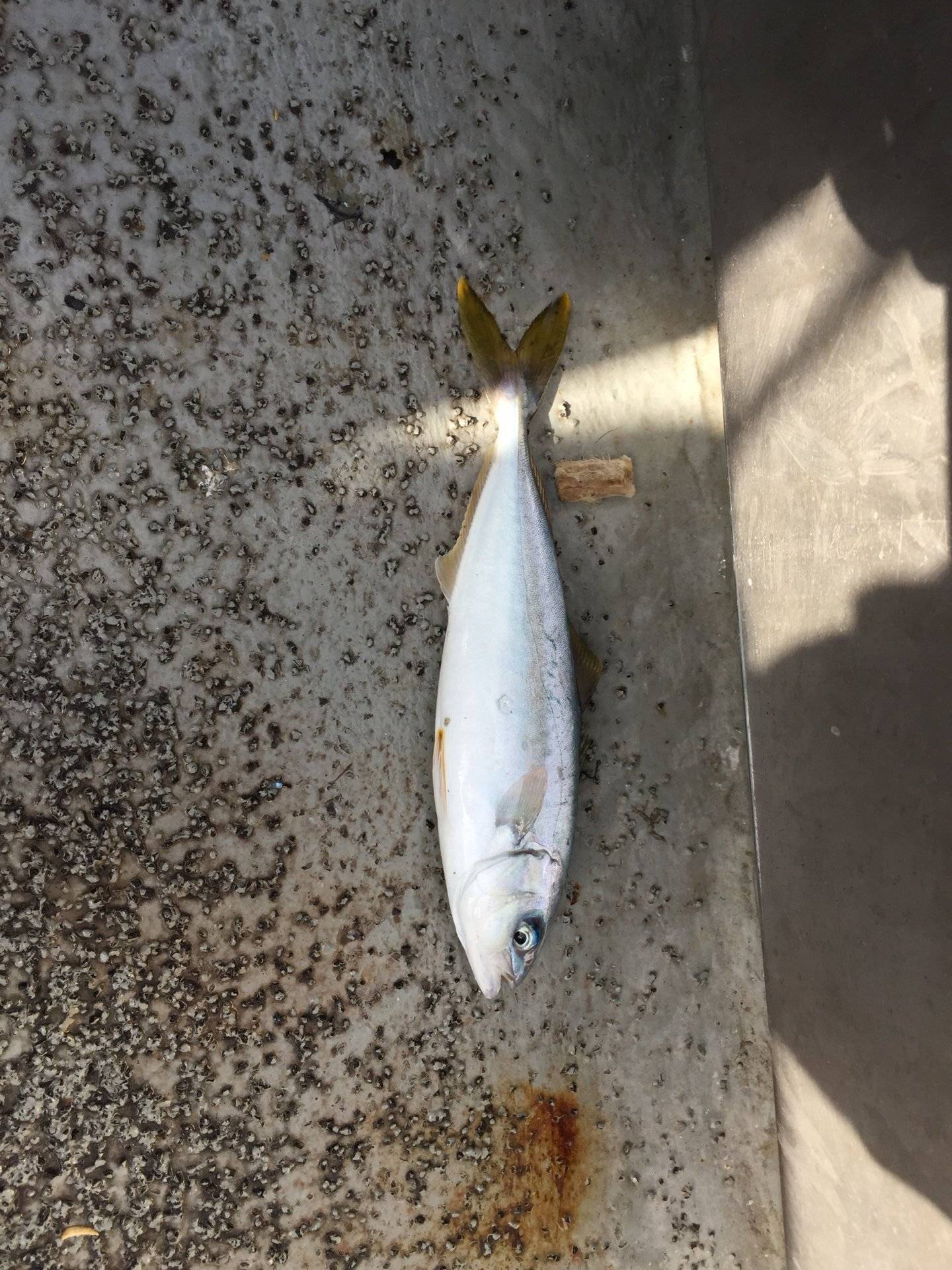 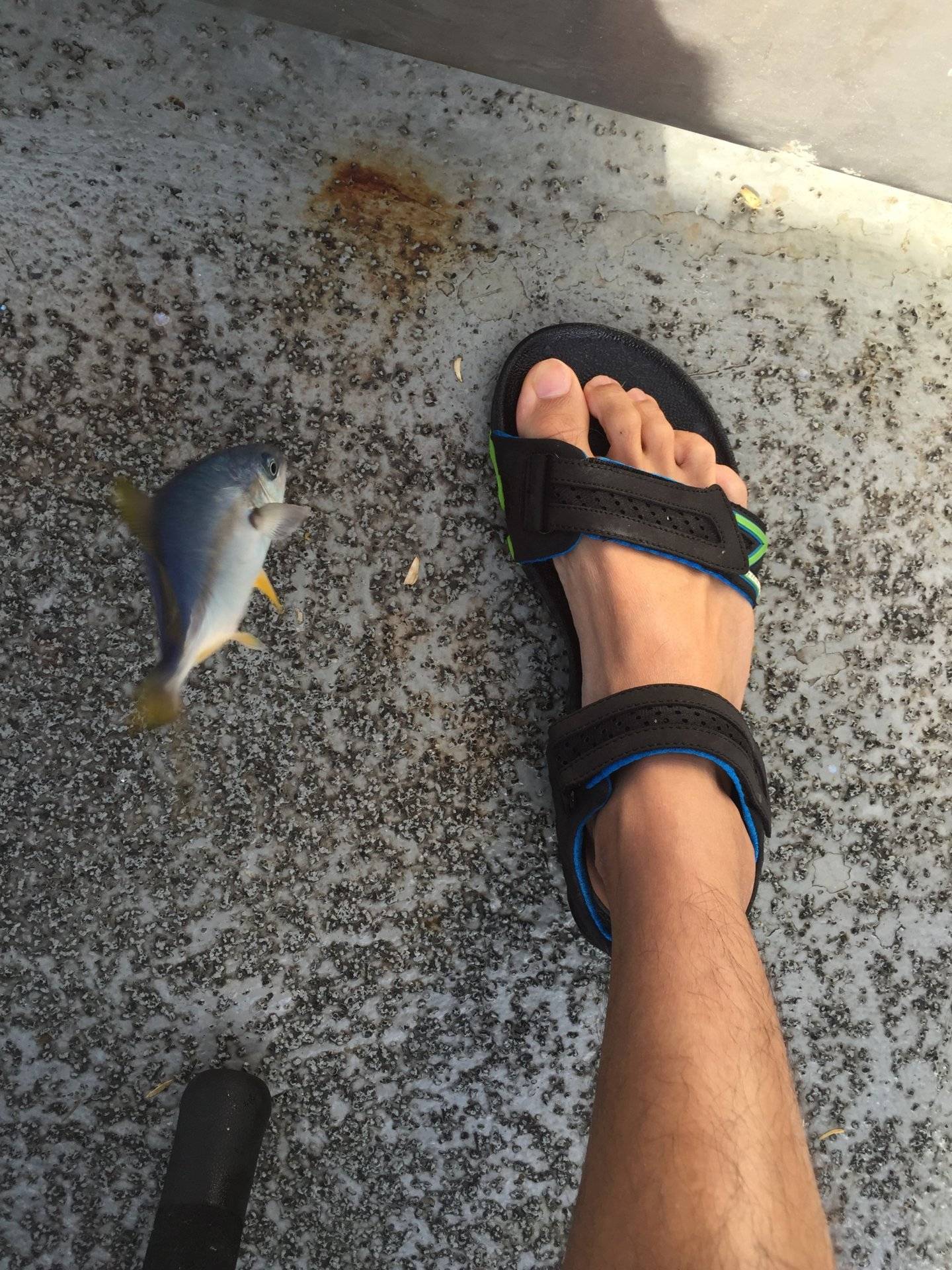 One of the best reports of the year in an unreal year - NICE!
Reactions: BretFarewell

Thanks everyone! I'll have to tell my dad how much you all love the bait tank. The tank itself I believe was on the boat when he purchased it. He then cut the hole in the tank and installed the plexi-glass window, etc. Everyone loves it. It's especially nice after a long day of fishing, anchored with a margarita in your hand. It's like you have your own back deck aquarium!
Reactions: Brett Wells

THIS IS THE LIFE WE CHOSE, SCSCREW